Michael “Woolie” Woolaway is a bit of a lone wolf when it comes to building motorbikes in his Venice, California, shop. He recently did an Instagram Live interview with Motul and MV Agusta’s Brian Gillen. A perfect moment to catch up with our favourite Deus Ex Machina builder. 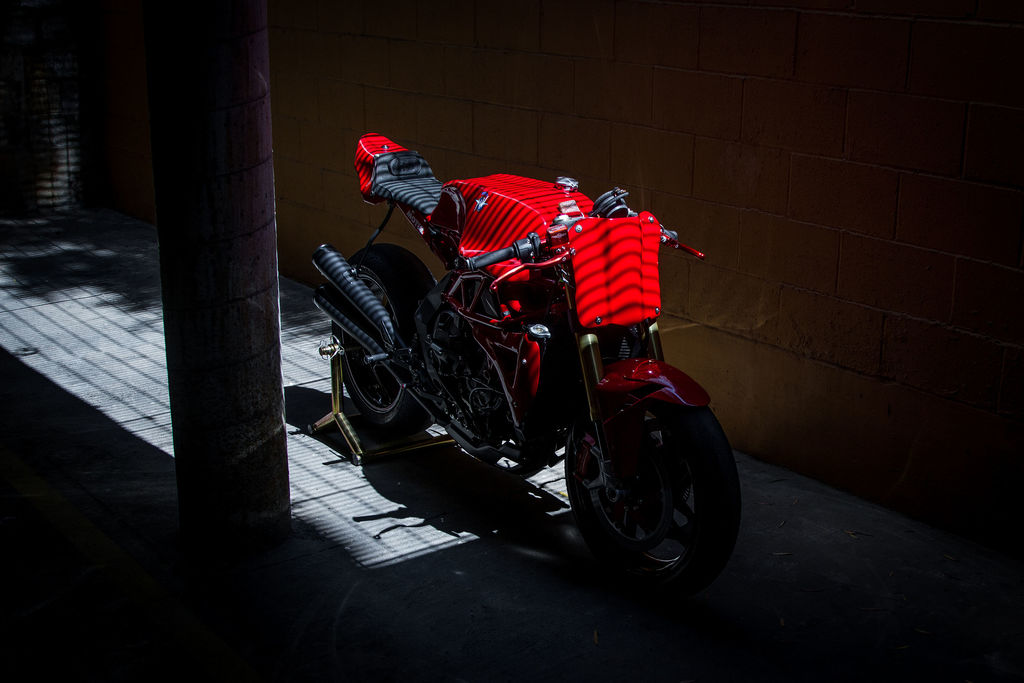 It’s ok. I’m happy everyone around me is healthy and well, that’s most important. The shop is closed. Just recently we were allowed to open the coffee shop again. I usually work on my own, in the workshop so it has been business as usual. I’ve been working on a new project so I’ve been keeping quite busy.

What new plans are you working on? Has confinement messed with your personal race plans as well?

The plans had already changed before that since Carlin’s horrible accident lead to the cancellation of bikes at Pikes Peak. I sold the Pikes Peak bike and focussed on racing the Super. I had lined up a few events for it, but unfortunately they all got cancelled. So now I’m working on building my bike for King of the Baggers. I’ve never built a Bagger or ever raced a Harley so it should be an interesting project. It’s also one of the first times I have to look at a rulebook when building a bike. I’m now specifically trying to make the bike lighter as it was really heavy when it came in. 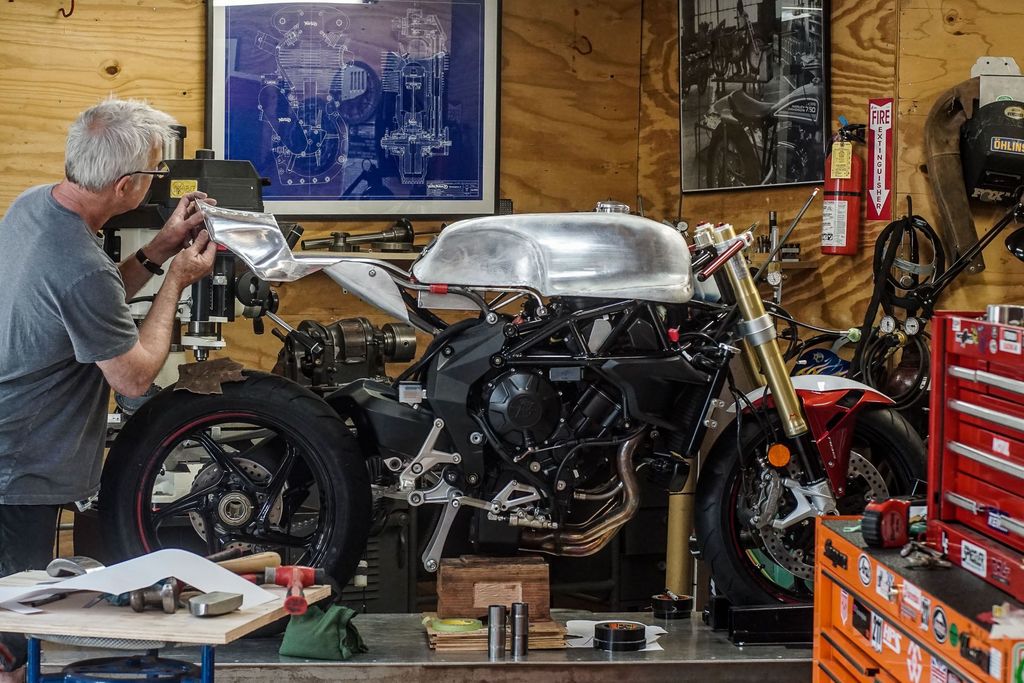 You recently had a nice live interview with MV Agusta’s Brian Gillen. You two got along well?

[laughs]. Yes, it really felt like I had known him my entire life. It was a bit like we grew up next to one another and then both went our separate ways. Obviously, we both work in very different environments. I work in my small shop here in Venice while he builds and designs entire series productions.

It seemed like you two were already figuring out a project?

Yeah, the conversation went a bit in that direction. We designers like to dream out loud about new ideas and projects but it would be amazing to build a flat track bike or a super hooligan bike based on an MV Agusta. That would really be one of my dream projects. 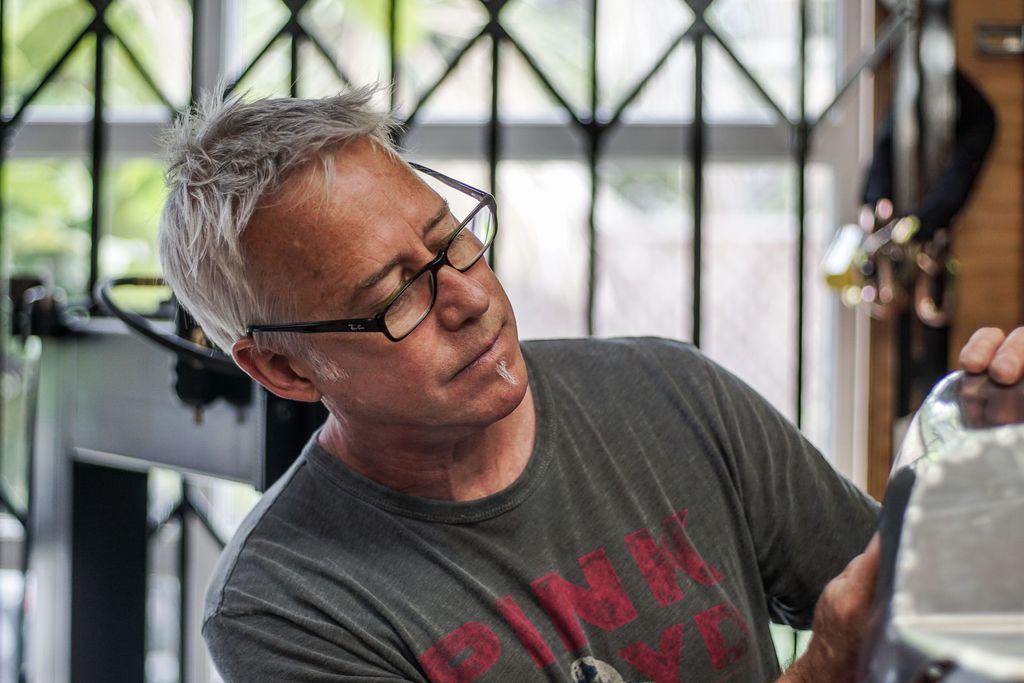 What does a brand like MV Agusta mean to you?

It’s very close to my soul. I grew up around Italians because my father owned Ferrari of San Francisco, and I’d be hanging around the workshops with the mechanics all the time: Italian machines are really part of my personality and spending so much time with the mechanics also means that most of the Italian words I know are swear words [laughs].

In the past you built an MV Agusta. The Ago TT. Run me through that project.

That project was very dear to me. The concept of the bike was to be an homage to Giacomo Agostini’s racing success and a reimagination of his 1966 TT bike. The hardest part was making a modern bike look and feel like a bike that’s 50 years old. One of the hardest things was the fuel tank, because in the past it was so flat. If you try to get the tank this low you’ll be in trouble with the air box, so for this bike I had to wrap the fuel tank around the frame. But in the end I’m very happy how it turned out. 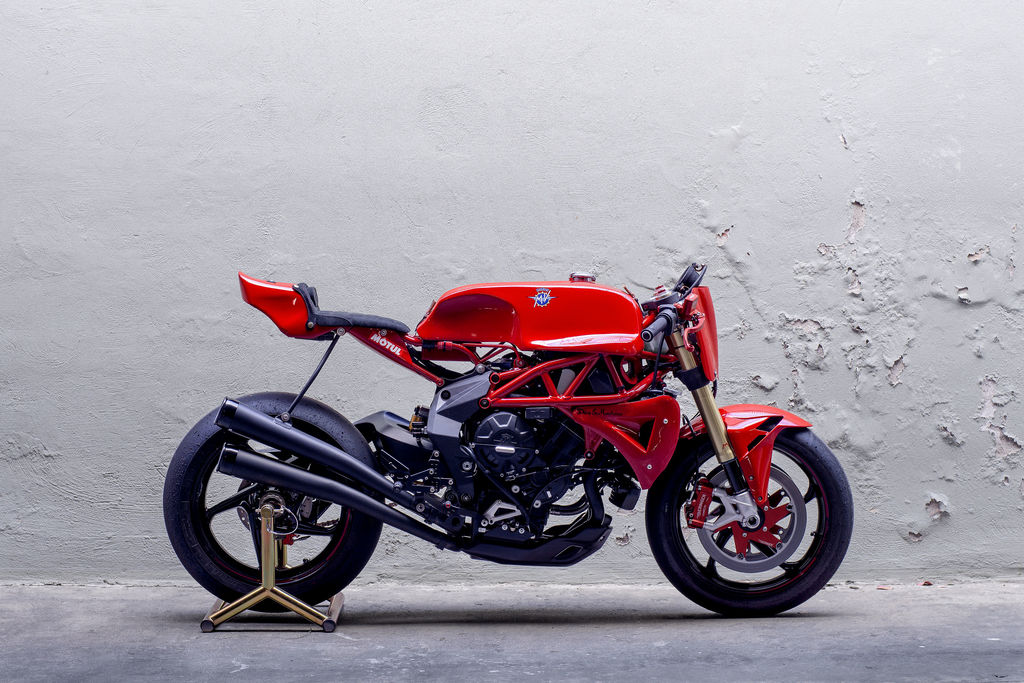 You’ve mentioned the Isle of Man TT a few times during our chat. Is that event on your bucket list?

It would be great to do it one day. In fact, I was building a bike, a Ducati TT, with the idea to head out there and race it. However, I did some digging and it turns out you have to make three or four visits to the island doing tests and training your knowledge of the circuit before you’re even allowed to participate. That’s a bit much for me to invest all of this time into it, but if I ever get the chance I’d love to. 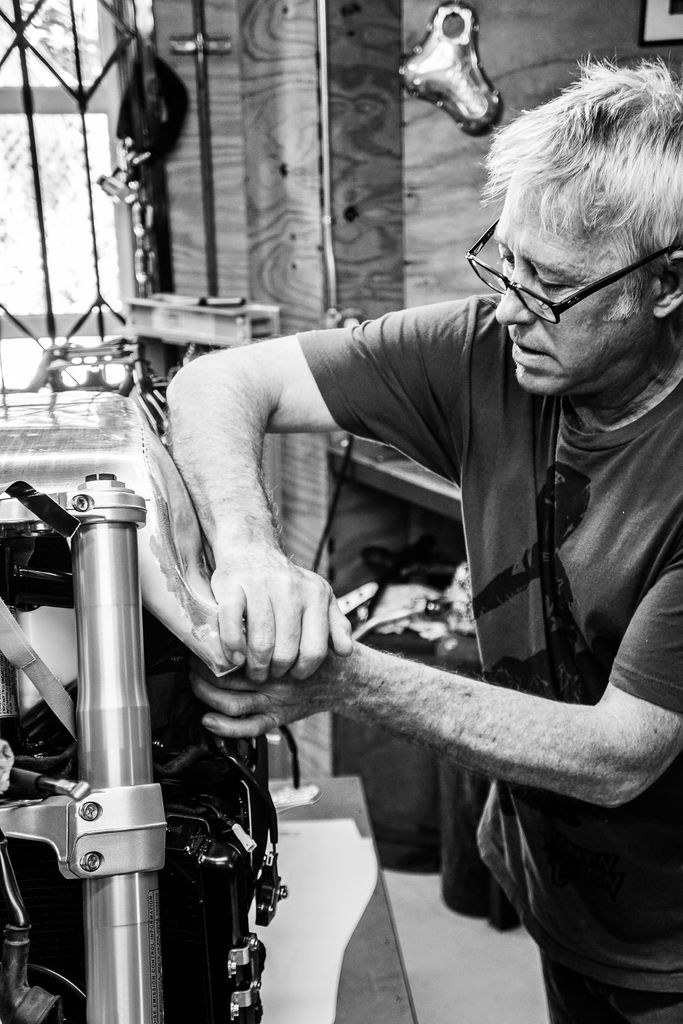 28.01.2021
Cookies help us deliver our services. By using our services, you agree to our use of cookies. Learn more