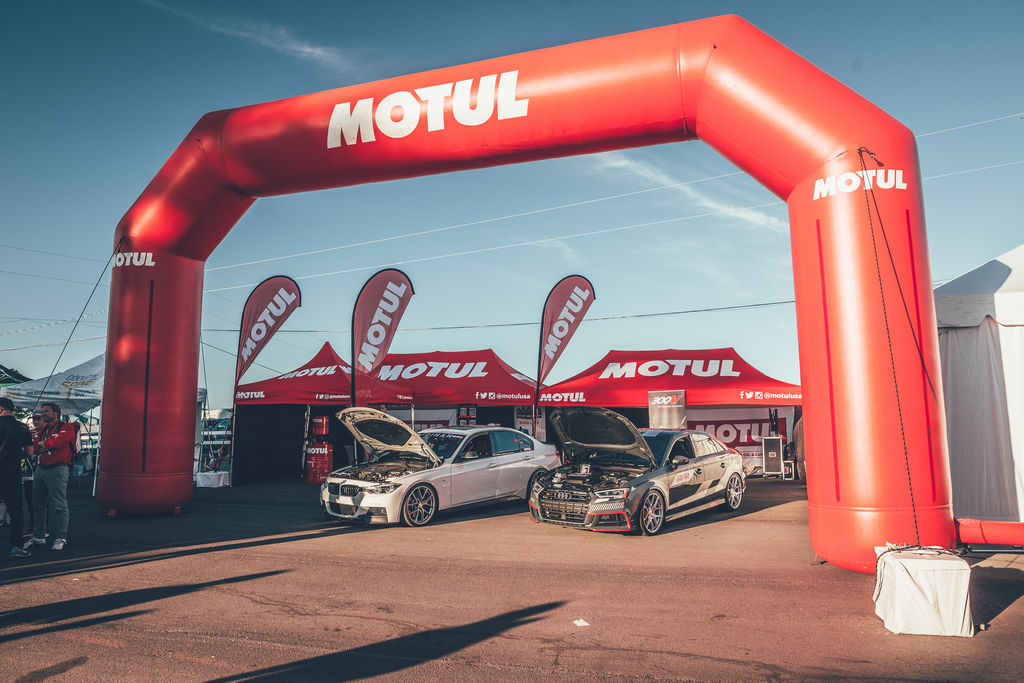 [Cypress, CA March 2019]    Motul USA has ended its 11-year technical partnership with aftermarket brand APR LLC in North America. APR Motorsport began utilizing the Motul lineup of premium fluids and lubricants in 2007. In 2012, the relationship expanded when Motul was named the "Official Oil and Lubricants of APR" as testing extended beyond the track to daily use in moderately to extremely modified APR vehicles.

During the partnership, the two companies worked together on multiple vehicles builds, product development, and co-branded marketing campaigns. APR and Motul also shared a presence at large enthusiast events like Waterfest, SEMA, and the Motul Petit Le Mans.

“Recent ownership and management changes at APR have changed the capabilities of this relationship, but we appreciate and are grateful for what we were able to accomplish in the past and continue to share a similar passion for the Audi and Volkswagen community,” explained Guillaume Pailleret, President of Motul USA.

Motul USA will continue to work with leaders in the European aftermarket industry and will use this opportunity to expand relationships with growing brands in this segment. 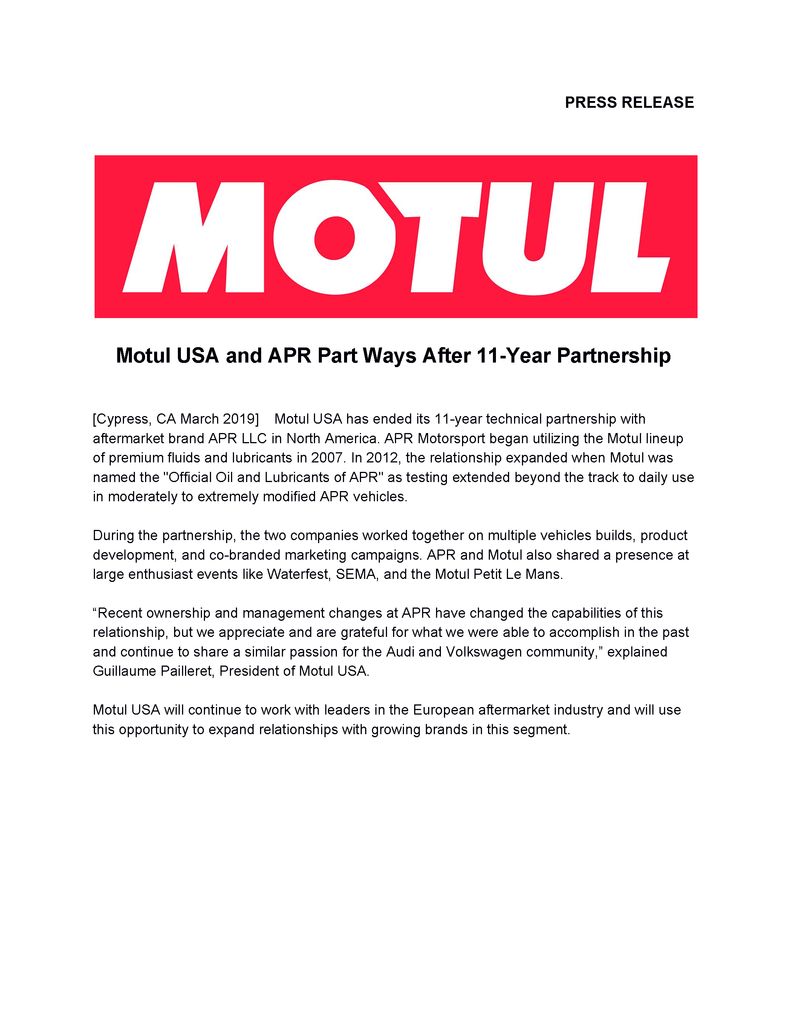 Alisa Clickenger: On A Mission to Empower Women Through Motorcycling

06.12.2019
Cookies help us deliver our services. By using our services, you agree to our use of cookies. Learn more