Alisa Clickenger lives and breathes motorcycles. A two-wheeled world traveler, author, tour operator, and event producer, Alisa was named one of the Dealernews Top 100 People in Powersports. “My mission is to empower women through motorcycling and adventure while being a strong advocate for the powersports industry at large,” says Clickenger.

Find more information about Alisa, her book, and tours/events: www.alisaclickenger.com 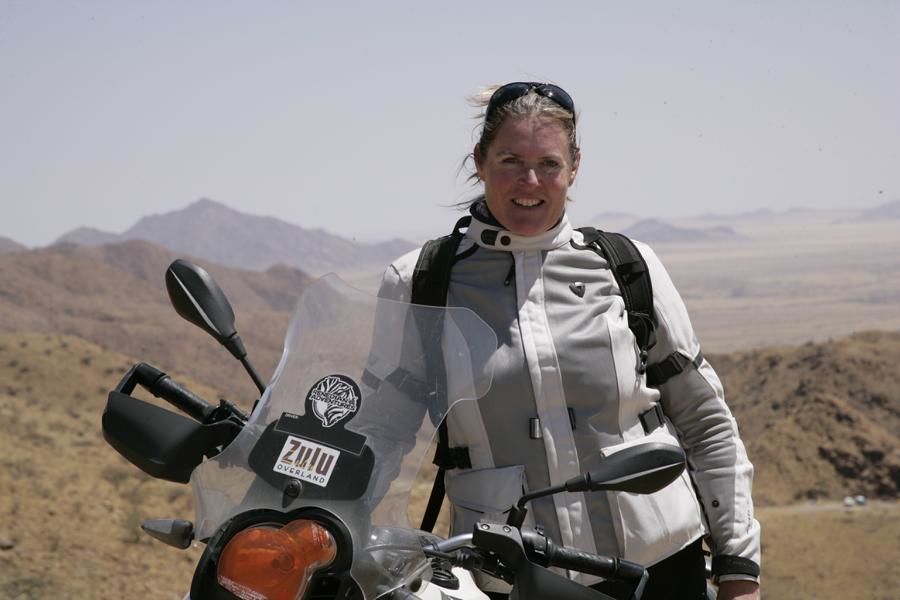 In 2009-2010, Alisa went on a seven-month, solo motorcycle journey from New York to Argentina, riding through Mexico, and Central and South America. She’s ridden across America, from East to West and from North to South, on the Trans-America Trail and the Continental Divide Trail, as well as on pavement multiple times. Other motorcycle trips have taken her to Alaska, all over Europe, India, Israel, and Southern Africa. In the summer of 2017, she borrowed a bike in Bosnia and again rode solo through Serbia, Montenegro, Slovenia, and Croatia. A self-professed two-wheeled travel junkie, Alisa most recently spent a month riding through Portugal, Spain, and Morocco.

Having worked as a motorcycle tour guide for various companies, Alisa started her company, Women's Motorcycle Tours, as a way of bringing women together to explore their inner adventuress in a supportive and encouraging environment. Alisa's dream was always to lead a group of ladies across the United States, and in 2016 she organized the Sisters' Centennial Motorcycle Ride, a three-week cross-country motorcycle event commemorating the legendary Van Buren sisters’ ride in 1916. They were the first two women to each ride their own motorcycles across the USA.

Since then, Alisa has been working on designing women’s motorcycle tour experiences, keynote speaking, and coaching women to have more confidence on and off their bikes. In 2019 Alisa authored her first book, Boost Your Confidence Through Motorcycling: A Woman's Guide to Being Your Best Self on and Off the Bike, which became an Amazon bestseller.

Alisa is now organizing another cross-country event for female motorcycle riders, the Suffragists Centennial Motorcycle Ride (SCMR2020), which takes place July 31- August 23, 2020. A celebration of unity, community and the freedom of the road, Alisa plans on leading 1,000 women on motorcycles across the United States and into Washington, D.C. for the final moto celebration.

"I love wrapping motorcycle events around historical events as a way of gaining greater recognition for both," says Clickenger. "I believe in promoting the positive image of motorcycling throughout the world, both as a traveler and as an event producer. I also believe we need to look back to where we've historically been in order to see what's possible for the future...sometimes that's the most powerful form of inspiration."

As the SCMR2020 takes shape, Alisa talks about her journey into motorcycling and her passion to share it with other women riders. 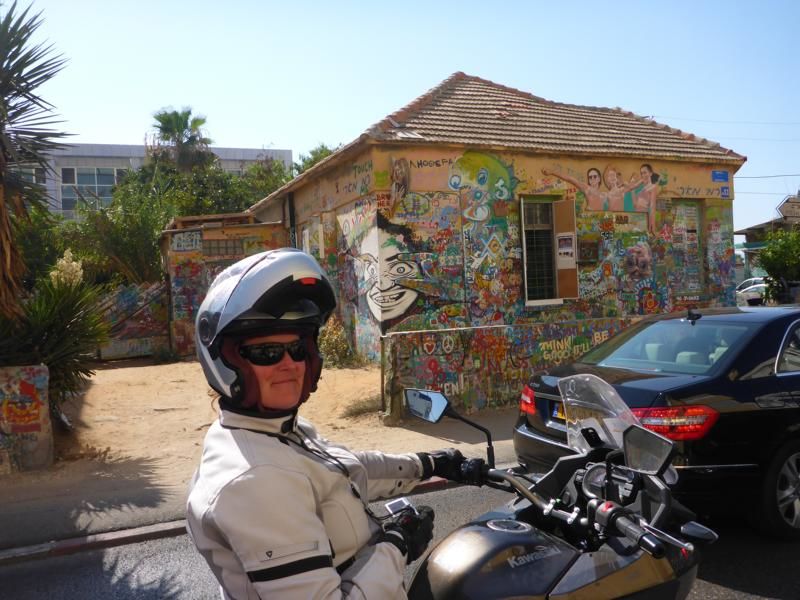 What was your history with motorcycles and when did you start riding?

I’ve been riding motorcycles since 1995, but it wasn’t because I was born into a motorcycling family and I didn't have any biker friends. Back then I was a shy housewife getting a divorce, and taking up motorcycling wasn’t something anybody – including myself – expected of me. Yet through a series of inspiring events, I got my license and started riding.

I admit it took me a long time to build skill and confidence on two wheels, but luckily I was hooked on the feeling and I kept at it. During my solo South America journey, my passion for motorcycles and adventure continued to blossom and I built an entire life around motorcycles when I came back to the USA working events and writing for magazines. Motorcycling helped me break down my self-perceived personal limitations and gave me a sense of freedom, confidence, and strength.

I’m a people person and nothing brings me greater joy than connecting with others on an authentic level. Having experienced the transformative power of motorcycling and travel myself, I wanted to share it with other women. I make it my personal mission to support and empower other riders, particularly women, to be their best selves on and off the bike.

Are travels still a significant part of your life?

Absolutely. In 2016, I organized the Sisters' Centennial Motorcycle Ride, a cross-country motorcycle journey to commemorate the historic ride of the Van Buren sisters in 1916. Nearly 100 women crossed the USA on motorcycles with us and 200+ women rode together across the Golden Gate Bridge into San Francisco on July 23rd, 2016. In 2020, I’m hoping to repeat the success of the Sisters Ride with another women's riding event, the Suffragists Centennial Motorcycle Ride (SCMR2020).

I design and guide women’s motorcycle tours focusing on the experiences and the empowerment that comes from two-wheeled travel along the way. I have led motorcycle tours in several different parts of the world, but riding with others is always a special experience for me. I love connecting with other women, building community, and lifting each other up so we all come away enriched.

I still travel solo, too. Sometimes, it’s a cross-country cruise to a motorcycle event, and sometimes it’s a solo cruise along the Pacific Coast Highway. Motorcycling and traveling will always be an integral part of who I am, but it isn’t the only part.

What aspects of motorcycling matter most to you?

Unlike a century ago, motorcycles are no longer just a means of transportation. Now they represent individuality, autonomy, freedom, and self-mastery. It’s a form of self-expression, and for many women like myself, riding is also a transformational journey. This, to me, is key: seeing motorcycles as a catalyst for change, as an aid in gaining confidence, courage, and strength to overcome and to transform.

Women love motorcycles for the same reasons men do. We love the thrill, the freedom, the adrenaline, and the adventure. For women, however, motorcycling is also a deeply personal, perhaps even spiritual, experience. When we pull on a helmet and kick the side-stand up, we're no longer stuck in that role those around us have come to identify us as. Suddenly we’re transformed into these wild, courageous and free creatures out to explore the world and ourselves. Suddenly we are enough just as we are. I think this feeling alone can inspire a lot of positivity, creativity, and meaningful change in women.

What bikes do you currently ride?

I currently have three motorcycles: 2 BMWs and a Suzuki. But I've had all different types of bikes, and I'll ride anything with two or three wheels. I just love the feeling of being on the road and exploring. 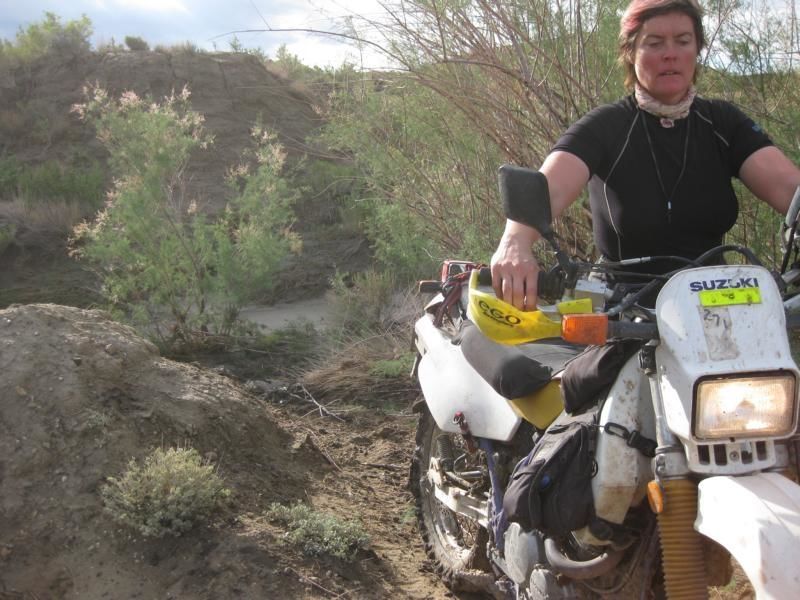 What’s next for you?

Right now, I’m focusing all my energy on the Suffragists Centennial Motorcycle Ride. I’m hoping to surpass the success of the Sisters Ride and hopefully inspire even more women to take up motorcycling. I’m also working on my Confidence Coaching program where I help women to become their best selves both on the motorcycle and off. I do still design and guide women’s motorcycle tours and am planning two epic overseas trips in 2021, one to Portugal and one to Southern Africa. I’m also working on writing my second book.