Volkswagen’s Fun Cup is an international series that tries to minimise the barriers for people who want to compete in race cars on a proper race track. The Fun Cup series uses extremely basic race cars which vaguely resemble a Volkswagen Beetle but have very little in common with Germany’s favourite bug. At the series’ biggest event, the Spa 25 Hours, we took a closer look at the world’s funniest race cars.

1: Chassis: Bespoke tubular space from the chassis that provides rigidity and safety in the structure. Fun Cups are very responsive because of their rigidity and lightness, weighing in at just 799 kg.

3: The engine is coupled to a sequential six-speed gearbox which drives the rear wheels and is built and developed by Sadev. The EVO 3 version of the Fun Cup is the only version of the car to offer a paddle shifter instead of a lever.

5: Body: Polyester body inspired by the classic Volkswagen beetle look. Because Fun Cup races are often held on a track that’s shared by up to 150 cars at the same time (on Spa-Francorchamps), some contact is inevitable and so the polyester body panels are relatively inexpensive to replace.

6: Interior: The Fun Cup is unique because it offers the option of having your race car built with a single centre seat lay-out or a two-seat lay-out. You might think that the two seat lay-out would be more interesting for track days and guest laps, but in actual fact the Fun Cup regulations encourage teams and drivers to take passengers during the race and offer them a unique passenger experience. 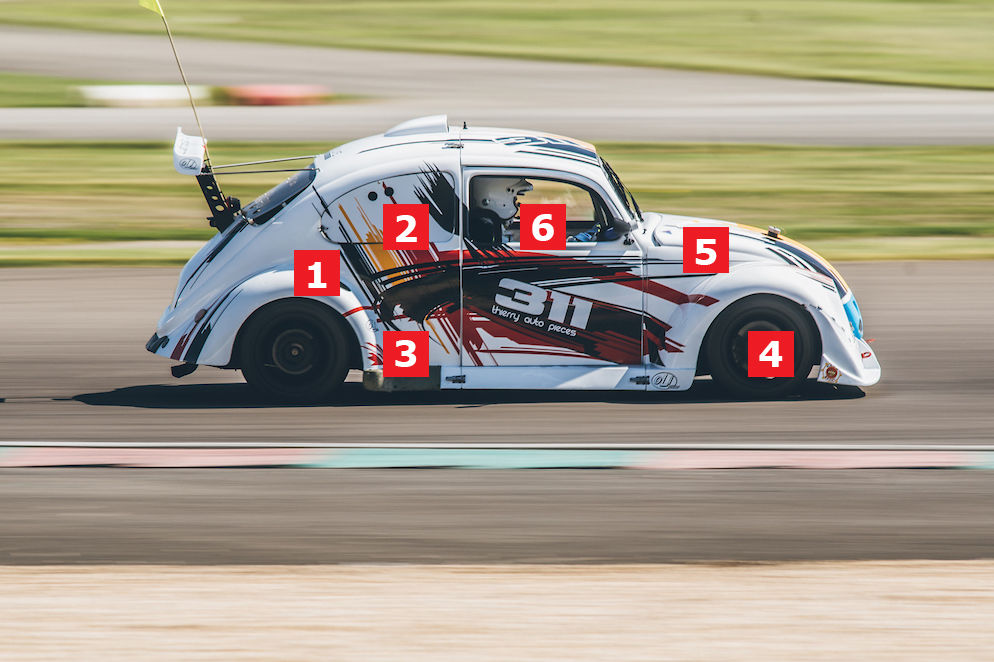