Nothing represents close racing better than touring car racing. Combine it with a field of ace drivers and some iconic metal and you have the winning formula. 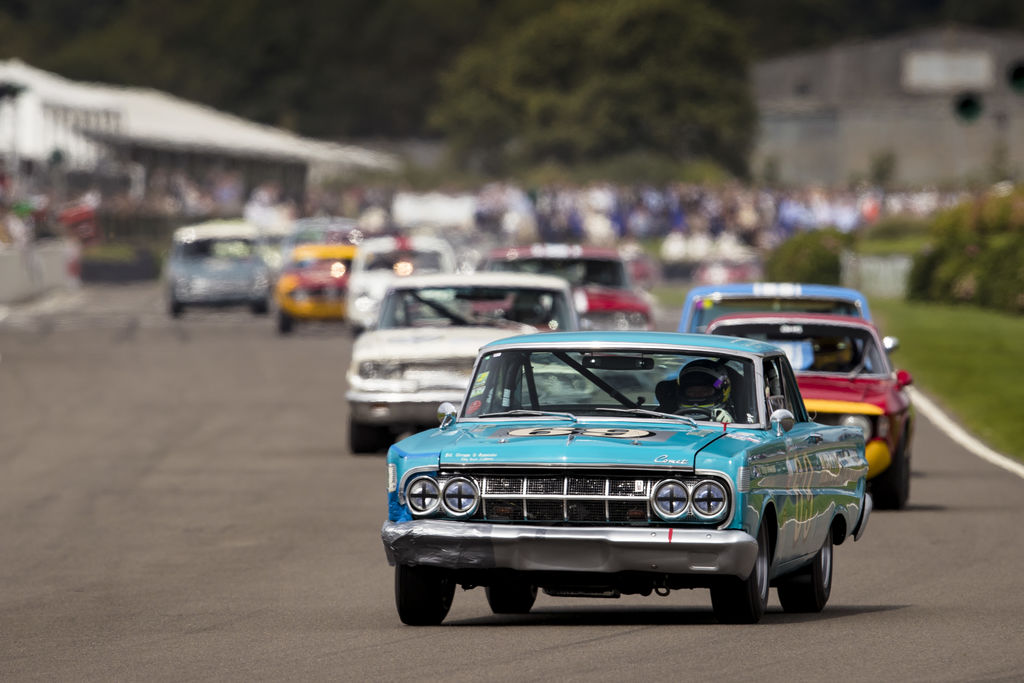 The concept of the St Mary’s trophy is very simple: it is a race divided into two races, each lasting 25 minutes. One race with pro drivers at the wheel and one race for car owners. The first race is without a doubt the one to watch as touring car legends like Gordon Shedden, Rob Huff, and Andy Priaulx can be seen swapping paint along the track. The tension stays electrifying even when the owners take the wheel. Names like Steve Soper have been synonymous with classic car racing for as long as most of us can remember.

The cars they drive are a gorgeously exotic mix of different vehicles, ranging from the classic Ford Cortina that always does well in this category to a lovely Alfa Romeo Giulia GTA driven by Olivier Hart, as well as a bunch of old Jaguars, and most interestingly, some large and lairy American muscle cars, including a Mercury Comet and a Ford Galaxy. All this makes for an incredible and surprisingly balanced field. The big V8 powered Americans are fast on the straight lines but lack the braking and cornering performance of the Austin Minis and the nimble Cortinas, so there’s some heart-stopping racing involved.

The pro race was an absolute thriller with Andy Priaulx taking victory after Rob Huff, who crossed the line first, received a 10-second penalty for jump-starting the race. The owner race was no less exciting than the pro race, albeit with a few more incidents: a huge barrel roll took out one of the Cortinas leaving the driver unharmed, while the Plymouth Cortina ploughed straight through the chicane taking the Styrofoam wall with it, causing a red flag and a restart. After the restart, it was youngster Olivier Hart who got away and took the chequered flag in his stunning Alfa Romeo. Steve Soper came in third, which meant that combined with his teammate Andy Priaulx’s win in the first race, the duo grabbed the coveted St Mary’s Trophy.

A full highlight of both races is well worth a watch!

MOTUL JOINS THE VIRTUAL 24H OF LE MANS AS AN OFFICIAL PARTNER!

28.05.2020
Cookies help us deliver our services. By using our services, you agree to our use of cookies. Learn more