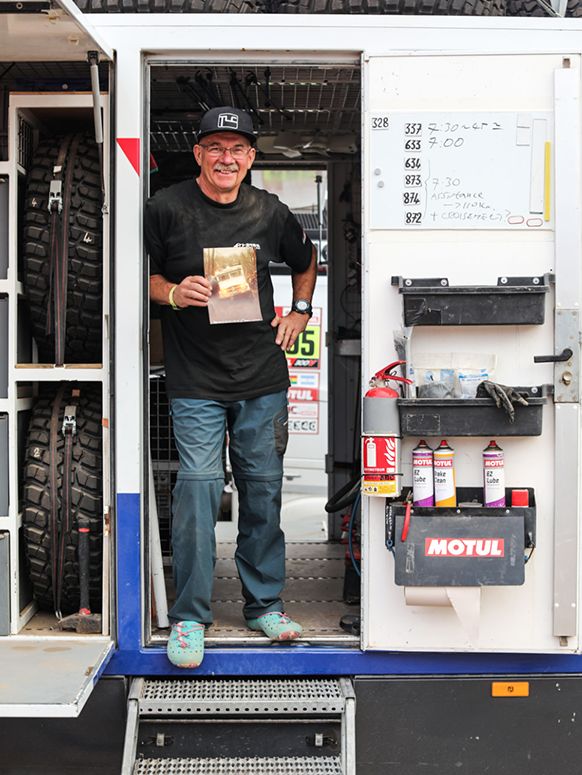 You participated at the very first Dakar event in 1979. How did you first get involved in this adventure?

“In 1977 I was living in Maine et Loire and was looking for a job after having completed my schooling as a mechanic. I was finally hired by team Fougerousse based in Tours. This team already participated at the 1977 Abidjan-Nice race and was actively preparing the 5x5 Rally (5 rallies on 5 continents) with Jean-Claude Bertrand. Because this event had never been done before, naturally the team Fougerousse took the decision to enter the very first Dakar organized by Thierry Sabine with me on board!”

Tell us more about the vehicles used by your team?

“Team Fougerousse consists of 7 vehicles in total, 5 Toyota BJ, 2 Range Rover and 2 Mercedes Unimog as assistance trucks. I was the driver of one of the trucks. Both of them had been bought by the team a few months before from the German army. When we got them they both had the green army livery, however when we received the sporting regulations we noticed that army colors were forbidden. That’s why we decided last minute to paint them in white with rollers we normally use for DIY painting at home! This worked quite well but during the rally I can remember that African people love to remove stickers from the vehicles so when we arrived at Dakar the truck was still white but with several green army color squares on both sides!

The preparation was extremely basic. The only modifications we made were to add a roll cage and an extra 500L fuel tank. That’s it!

Despite the vehicle being limited to 70km/h, we still had to deal with several technical issues during the rally coming from the extreme conditions. On one of the days the floor of the lorry trailer collapsed. After several hours of welding we could finally restart and finish the rally!"

How was Thierry Sabine (famous Dakar founder and race director at that time)?

“He was relentless, but very compassionate. He knew what words to say to motivate us, even after 20 hours of driving in the desert in the most extreme conditions. He knew how to reassure people as well and was a real leader. He is the type of person you meet once in your life and you never forget them."

This is your 34th Dakar. Why do you continue after so many years?

“I retired few years ago but can’t stay at home watching TV. That’s simply impossible for me! I love adventure, I love visiting new countries, meeting new people and accomplishing new challenges. Above all my main motivation is coming from the fact I can’t leave a vehicle on the side of the road. With me on-board the vehicle must cross the finish line. There is no other solution!” 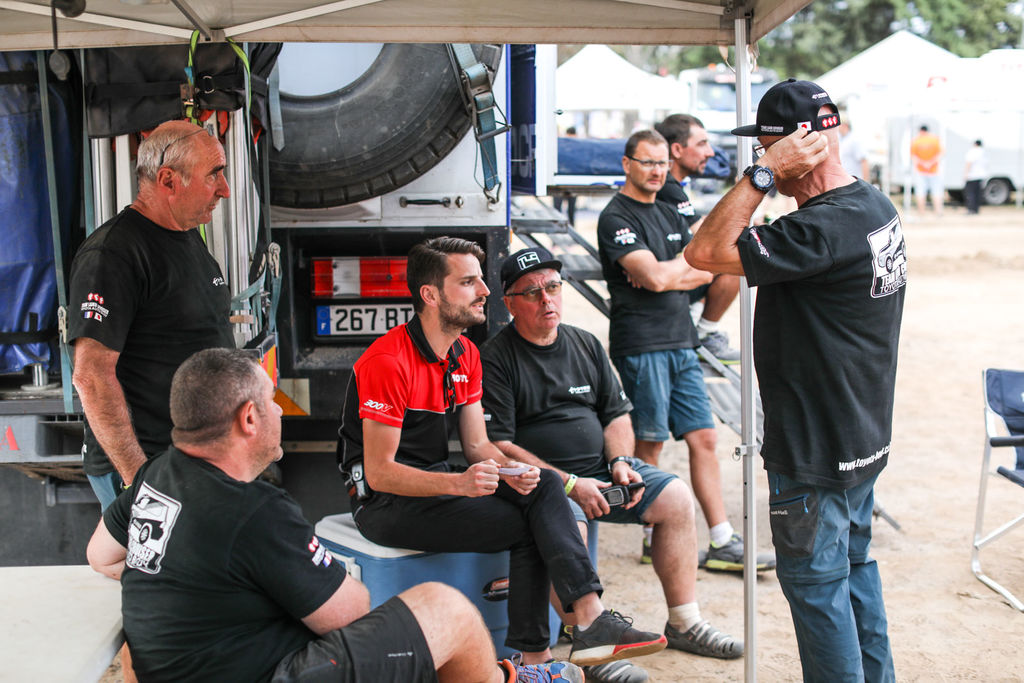