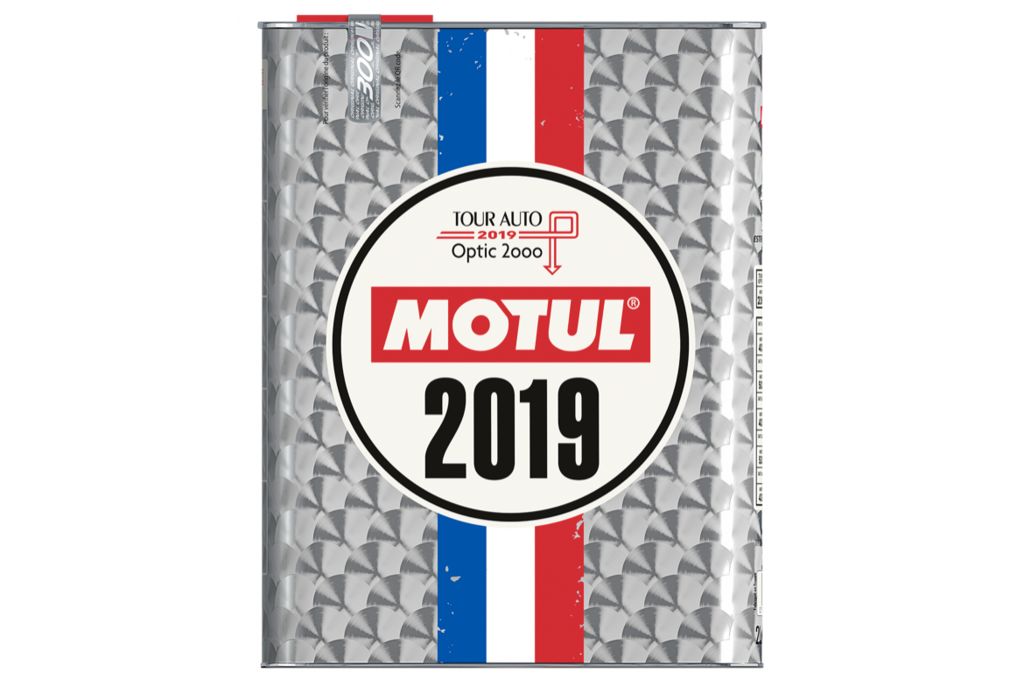 One of the most spectacularly impressive classic automobile events is ready to set off on the road again, and Motul will be with it all the way!  The 2019 edition of the Tour Auto Optic 2000 begins on Monday 29th April at the stunning Grand Palais in Paris, with no fewer than 240 cars racing through the highways and byways of France over five days.

Motul is proud to be, once again, the official lubricant partner of the event and as every year, many competitors will be trusting Motul products. From 300V Motorsport Line used in rebuilt engines and offering the highest performance levels to Classic range dedicated to historic engines requiring specific formulation, Motul offers a wide range of products suiting all applications.

To celebrate this very special 28th edition of the Tour Auto, Motul has produced a special, limited edition oil can filled with 300V 15W50 which will be on display in the Grand Palais, and which is also available via the Motul Classic website.  Don’t delay, and you too can claim one of these exclusive (only 2000 created) mementos in 2019!

Launched in 2010, the "St'art with Motul" project symbolizes the meeting between car, motorcycle and creative art. Motul likes to think outside the box to provoke creative and original encounters and it is in this spirit that Motul and Fernando Costa have been working together for many years.

On the Tour Auto, Motul wanted to put art together with this legendary race by creating a limited series of collector cans, numbered from 1 to 2000. This is the raw material chosen by Costa for the Motul Technical Challenge Trophy, which will be awarded at the end of the event to the crew who have shown ingenuity in performing a technical feat.

Finally, the Tour Auto is above all a trip on the most beautiful roads of France. Motul, Costa and competitor Julien Bounie have come together so that this work can travel across France to meet and be seen by the nation’s passionate classic car audience and beyond. The 1973-built Jidé 1600 S has been transformed into an "Art Car". Check it out at location 295 in the Ferrari space at the Grand Palais.

10.01.2020
Cookies help us deliver our services. By using our services, you agree to our use of cookies. Learn more