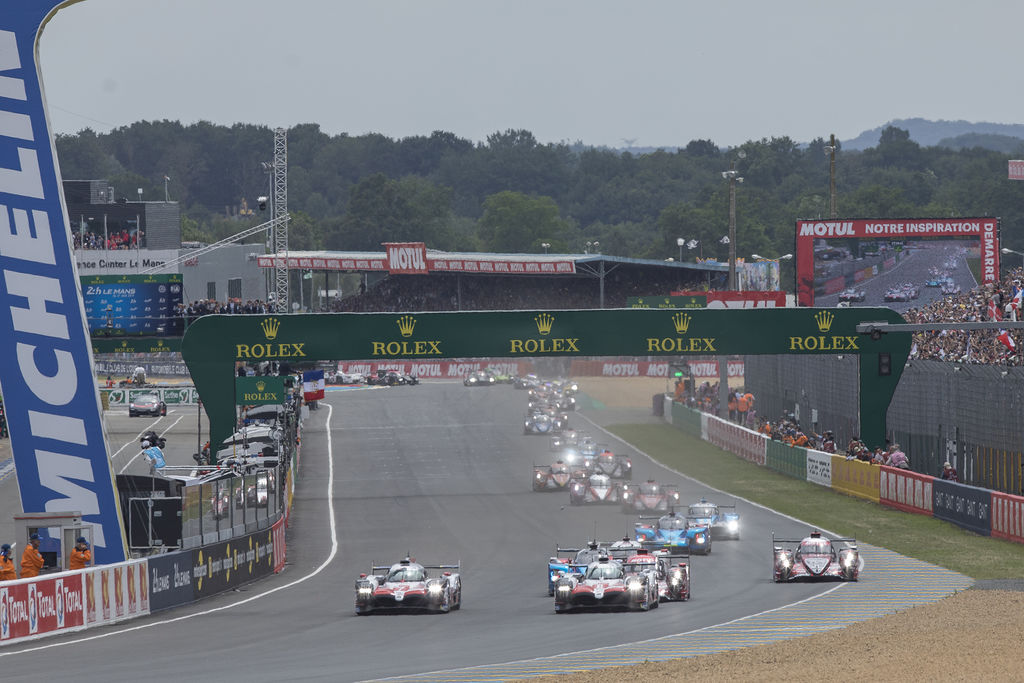 The most important clock of the year is ticking, and the countdown is on to the world’s greatest endurance race, the 24 Hours of Le Mans!

As Official Lubricant Partner, Motul will be in a prime position throughout to witness the excitement and thrills of the final round of the World Endurance Championship.

The Super Finale will boast a record 62 entries, and the start of the twice-round-the-clock classic be given at 15h00 on Saturday 15th June, finishing 24 hours later.

On track Motul will sponsor no fewer than 14 cars including three LMP1s from Rebellion Racing and DragonSpeed.  Ten Motul-supported LMP2 prototypes from countries across Europe and the USA will be fighting it out in a hotly contested battle from start to finish, and the Singaporean Ferrari from Clearwater Racing is aiming for in LMGTE Am championship honours.

These 14 will benefit from Motul’s full Motorsport Range of products including the legendary 300V engine oil and the new RBF700 brake fluid which will be essential in getting them through the 24 hours and across the finish line.

Thanks to Motul’s partnership with Gibson, official supplier of engines to the LMP2 category, Motul’s products will be running through the engines of almost a third of the entry list!

Supporting all competitors, whether officially supported by Motul or not, will be the Motul Racing Lab which makes its first appearance at the 24 Hours of Le Mans.

An oil analysis service will be offered by Motul’s technical experts to any entrant wishing to use it, and the Lab will be open all week.

Off track, Motul will be all over the place!  As a sponsor of the hugely popular Drivers’ Parade on Friday evening before the race through the streets of Le Mans city centre, Motul will be proudly displaying its recently restored 1945 Vagabond delivery truck, now smoothly running once again, and hostesses will be handing out goodies to the thousands and thousands of fans present.  The family-friendly event will also feature some kids in pedal cars, brand new from Motul.

Back at the track, in the Fan Village, the general public will be able to visit the Motul booth to watch an onboard live, also available on Motul Facebook page, from one of the Rebellion Racing car on giant screen and learn all about its comprehensive list of products for all types of vehicle, including the new hybrid range for this ever-increasing market.

All this and much, much more will be available for one lucky Motul Superfan to see, Motul and the ACO joining up for the second consecutive year to offer a once-in-a-lifetime experience for a fan to be part of a unique motorsport event, the 24 Hours of Le Mans.