At last weekend’s Goodwood Revival, Alois Ruf’s rare and beautiful Porsche 901 graced the Motul stand where visitors could cherish an important part of Porsche and Ruf history. To tell us more about the 901, the strength of Motul products in classic – and modern – car engines, and why the Revival is the greatest celebration of classic car culture is Alois Ruf, owner of Ruf Automobile. 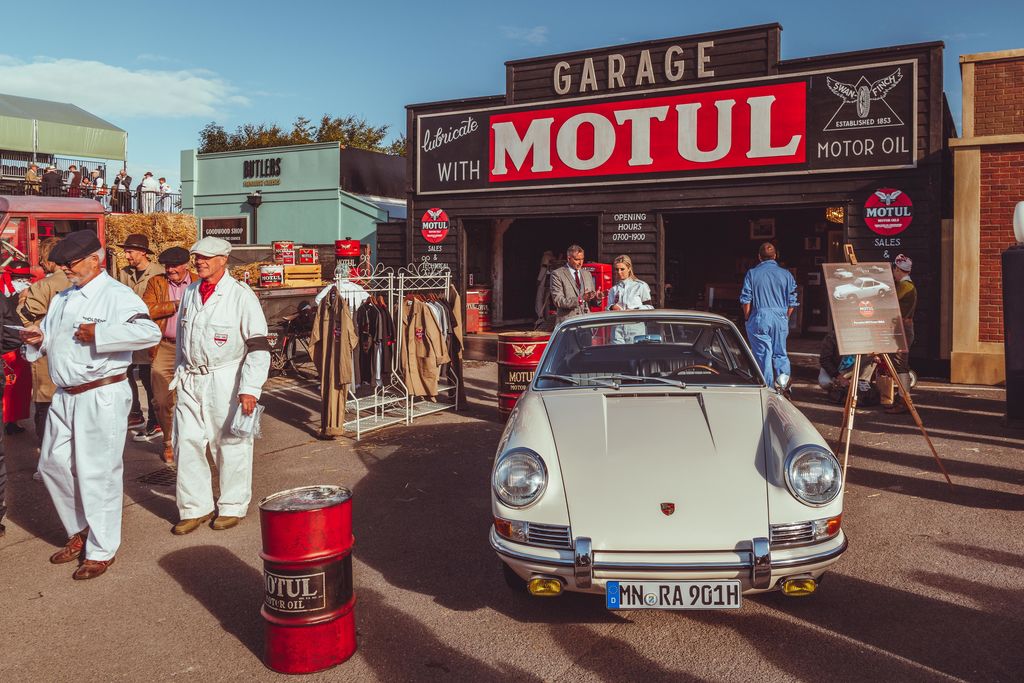 Alois, you have a very special car on the Motul stand – a Porsche 901 restored by Ruf. Can you tell us more about this car?

It is a very special car. This car was shown at the Earls Court Motor Show in 1964, and was the first attempt from the importer, AFN, to introduce the new Porsche next to the existing ones. The 356 was still in production, and Porsche was very hesitant to show the new car because they weren’t sure whether people would like it. A Finnish gentleman saw the car at the motor show and fell in love with it. The car wasn’t ready for sale, but he didn't walk away from the stand until he had a contract to get this car. He insisted. But the car wasn’t ready for sale as it was rushed to the show. AFN and Porsche Stuttgart had to come up with a deal, and the car had to go back to Stuttgart. As he was an engineer for a fleet of test aeroplanes for BAC, he flew it to Stuttgart in a cargo airplane, had it fixed and finished and sent it back to the UK. That was the second time it went to England. The third time was when I brought it to the Goodwood Festival of Speed in 2011/2012, where it won a prize. This is the fourth time it’s been back to the UK. Isn’t that an amazing story? 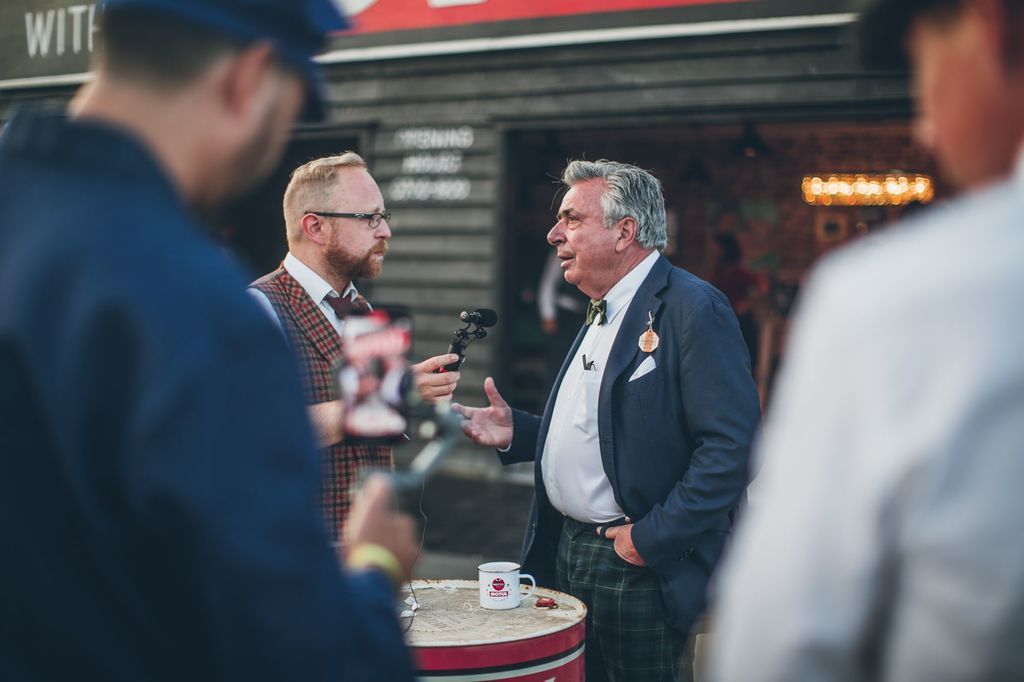 When did Ruf restore the car? 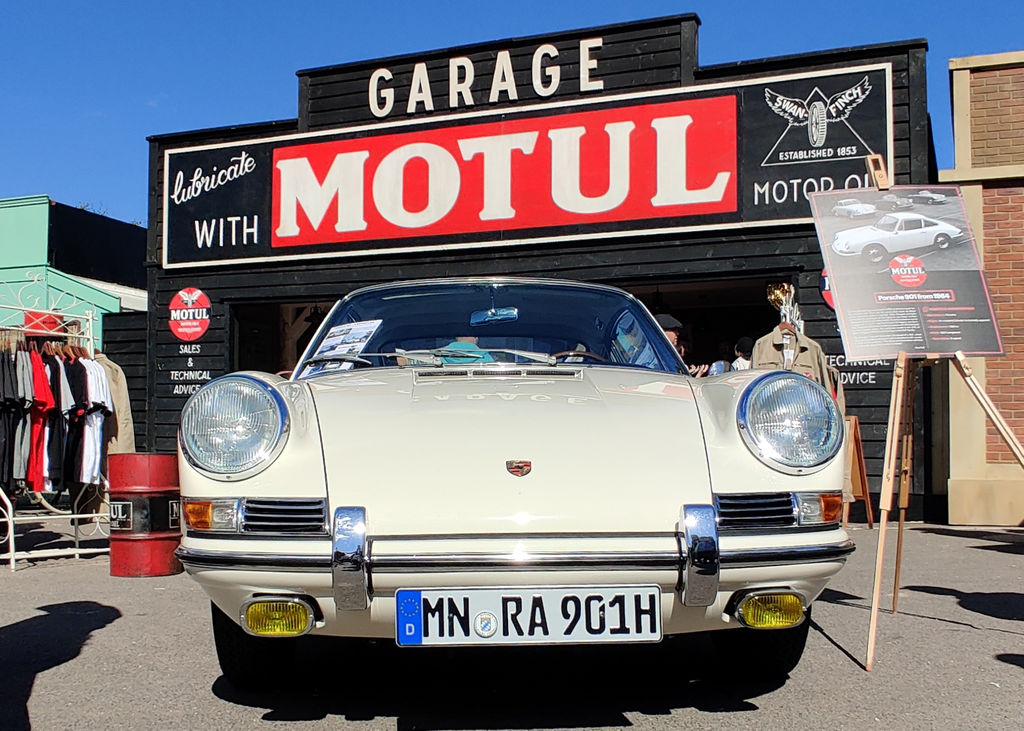 Motul and Ruf is a partnership that is quite new but building in strength. Can you tell us more about that?

Yes, we had been testing Motul’s products. And we concluded that this is the right product for our engines and for our cars, and for the need of the people who enjoy their cars, who need a high-quality product. Motul is not a mass producer. It is a niche producer, and it’s making the right product for the right connection. So, it fits Ruf also. 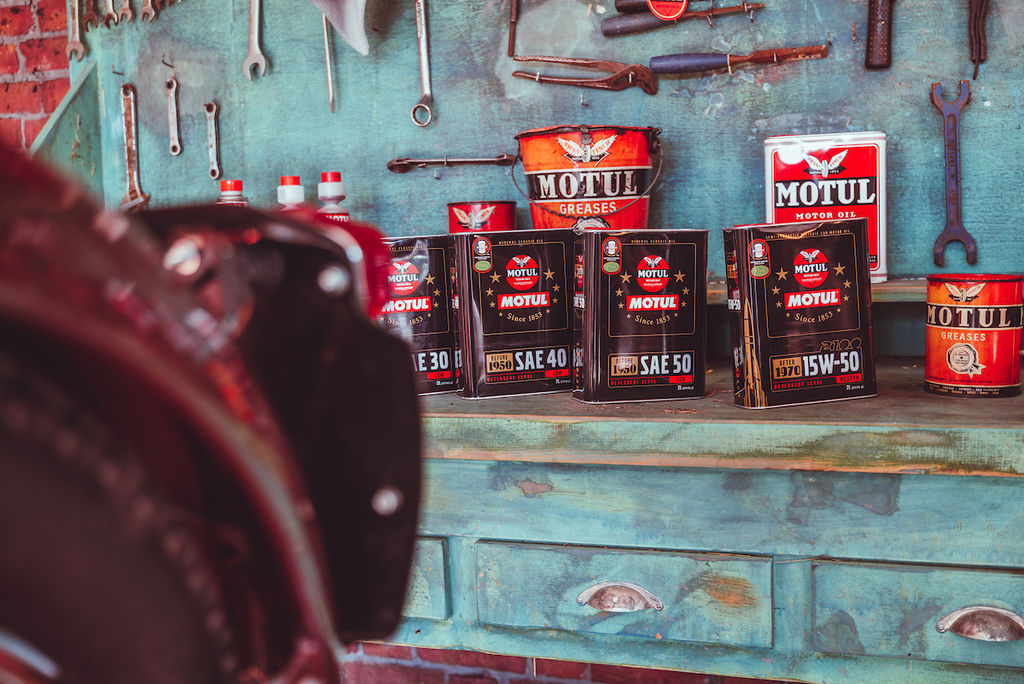 That's not just from a classic perspective, but also for Ruf’s modern cars too?

Yes, we use Motul products in the new cars that we are building as well. 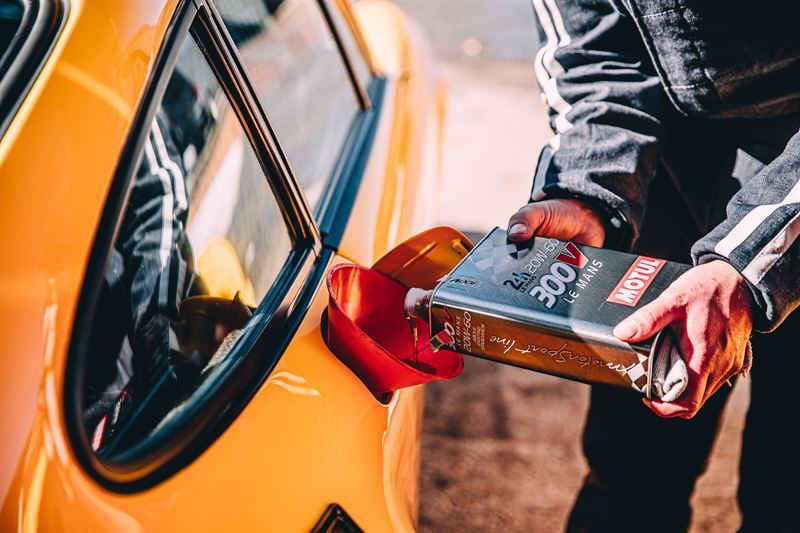 What is it specifically about Motul products that makes it work so well for Ruf?

Well, its products have been tested on the track and the endurance of the lubricant is just excellent. It's very good that Motul is not cutting any corners. It uses the best ingredients, like the additives, in the oil, which is very powerful. 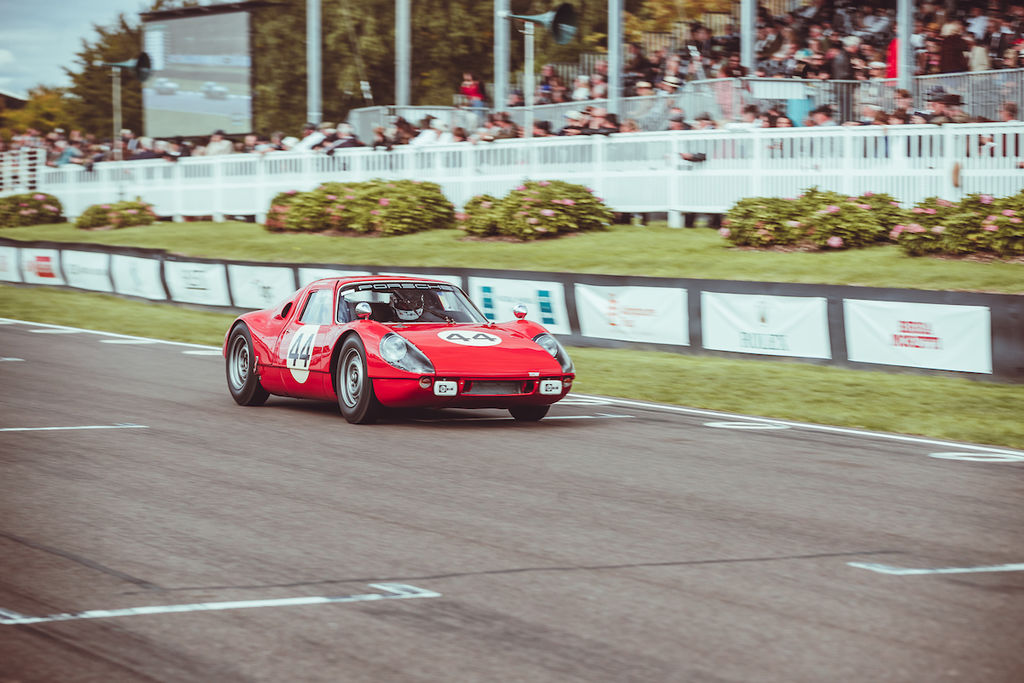 You also use the other products from Motul?

Yes, we do. We use the full range. We also use Motul’s stabiliser for the petrol because many of these cars aren’t driven the whole year, and petrol today tends to deteriorate. So, you need to stabilise it. 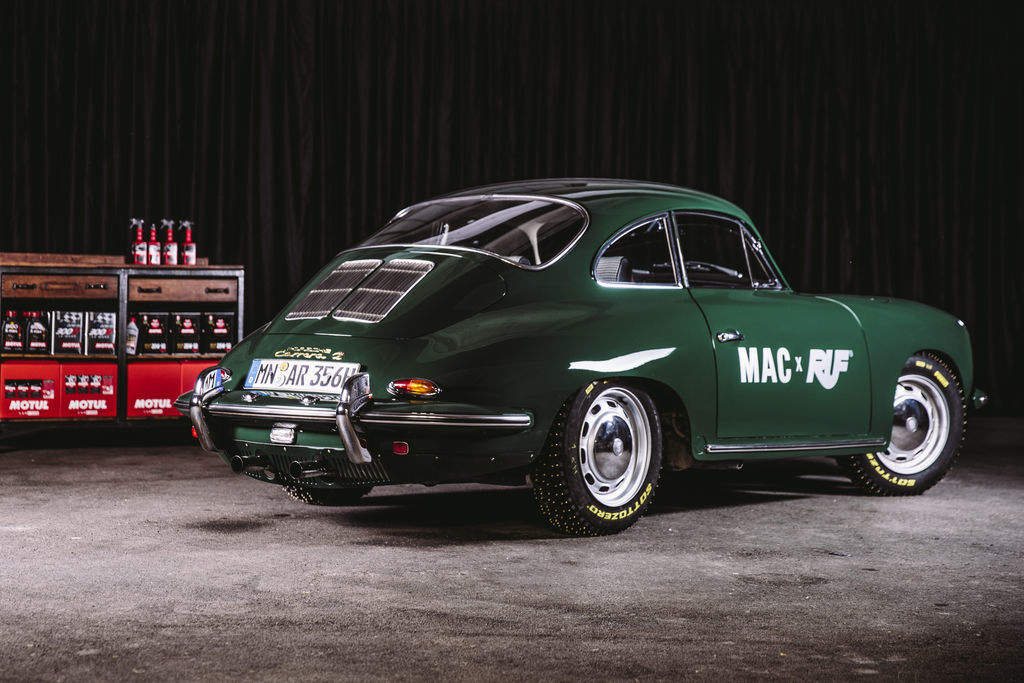 What does it mean for you to come to a classic car event like the Goodwood Revival?

Well, it's like taking a bath in the world that I love [laughs]. It's fantastic. All the people here are petrolheads. And their mindset is for the classic car, for the high-performance car. We need that passion for cars today. This group has to survive [laughs]. 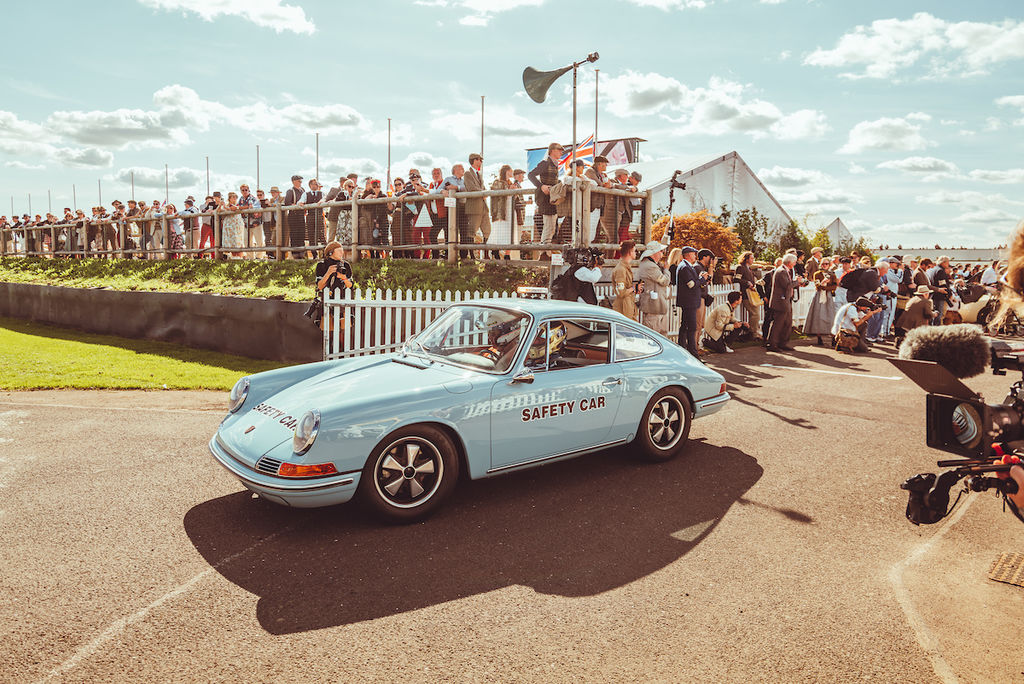 What are some of your highlights of the Goodwood Revival?

I love seeing people in their outfits. The cars, the sound of the engines. It's a social event and a great celebration of the automobile. We're celebrating the last 120 years that have made us what we are today. Many people tend to forget that. 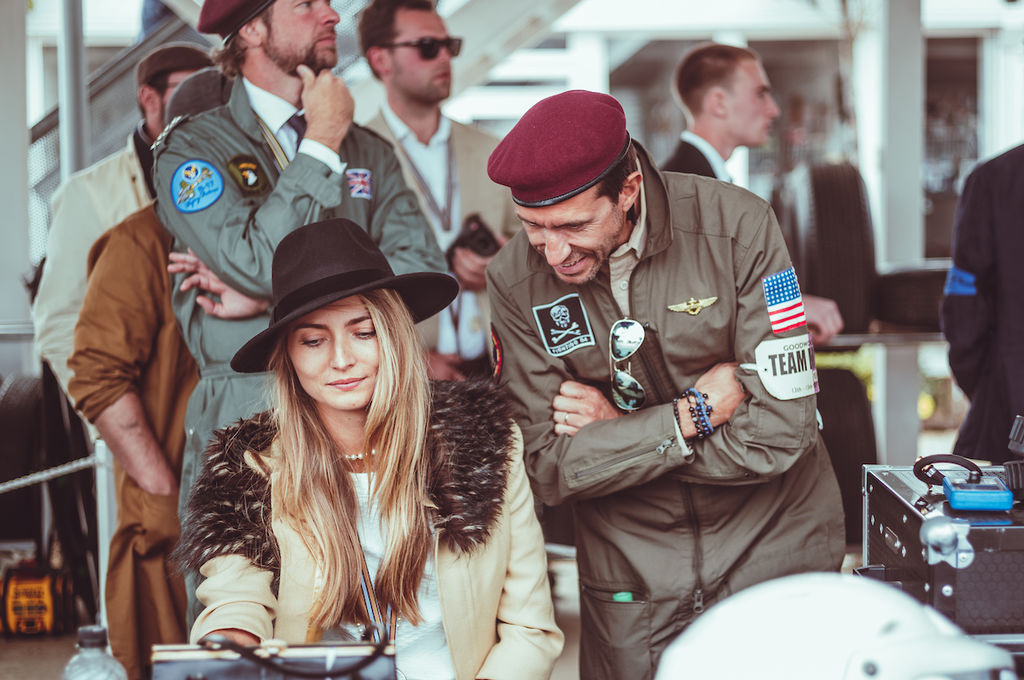 Any new collaboration projects coming up with Motul?

Oh yes. Motul will be involved in our ongoing engine development, and we will try out new products. 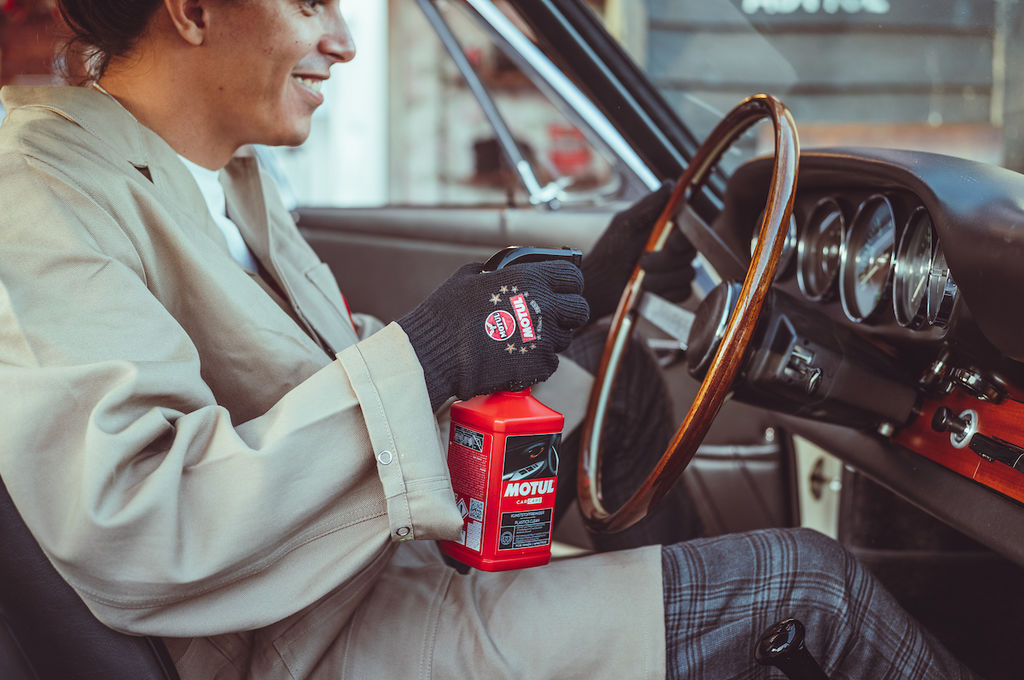