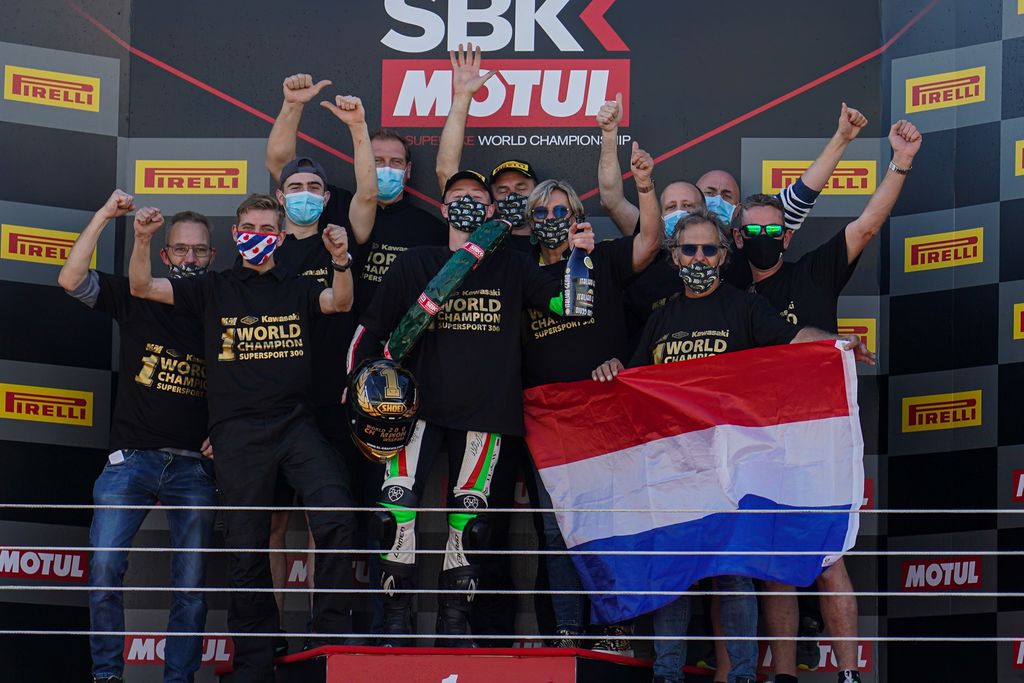 After a fantastic season, Jeffrey Buis became world champion at the Circuito do Estoril. The 18-year-old Dutchman laid the foundation for his world title with four victories and eight podium finishes in 2020. In Estoril, Koen Meuffels scored his first victory of the season after finishing second in the first race. Thanks to these strong results, the MTM Kawasaki MotoPort riders ended first, second, fourth and ninth in the championship. 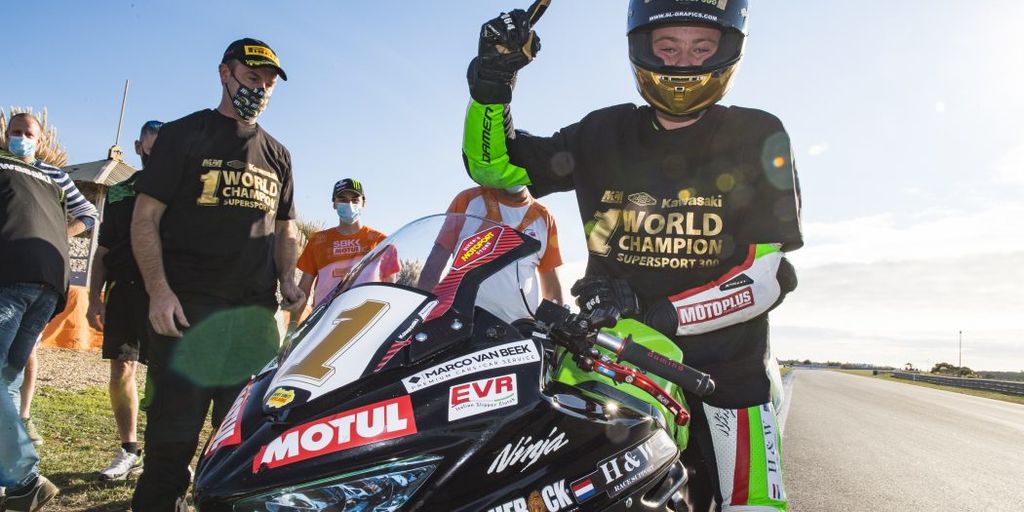 It promised to be an exciting finale of the 2020 season. Jeffrey Buis and Scott Deroue were the only riders who still had a chance to win the world title. Buis started the final round of the season at the Circuito do Estoril with a lead of 28 points on his teammate Deroue. Both riders hadn’t an easy time during the practice sessions. Deroue qualified eighteenth, one position ahead of Buis. Koen Meuffels and Yuta Okaya did a better job with a sixth and tenth lap time during the Superpole.

After the start of the first race there was a big leading group with fifteen riders. All four MTM Kawasaki MotoPort riders were in the group. Meuffels rode mostly at the front of the group and achieved his first podium of the season by finishing second. The gap to the winner was only 0.013 seconds. Behind Meuffels, the battle for the world title was decided. Buis was able to work his way up to sixth place in the closing stages and finished ahead of Deroue, who crossed the finish line in eighth. This result was enough for Buis to secure his world title. The 18-year-old rider became the youngest Dutch world champion in road racing; a fantastic achievement. Okaya ended twelfth in the first race.

Meuffels was also very strong during the second race. This time he managed to win the race after a fight with one other rider in the last laps. Meuffels his plan in the last lap worked out perfectly, which resulted in his first victory of the season. Okaya also fought at the front and finished sixth in the second group. Buis fell back in the early stages, after being hit by another rider. With a tight pace the world champion managed to come back to ninth. Deroue had a difficult race, which he ended in sixteenth place at the tail of the front group.

The MTM Kawasaki MotoPort team concluded the 2020 season in a great way with the world title for teams and riders with Buis. Deroue ended as vice-world champion. Meuffels rose to fourth place in the final standings due to his strong results in Estoril. Okaya finished ninth in the World Supersport 300 championship 2020.

What the team says 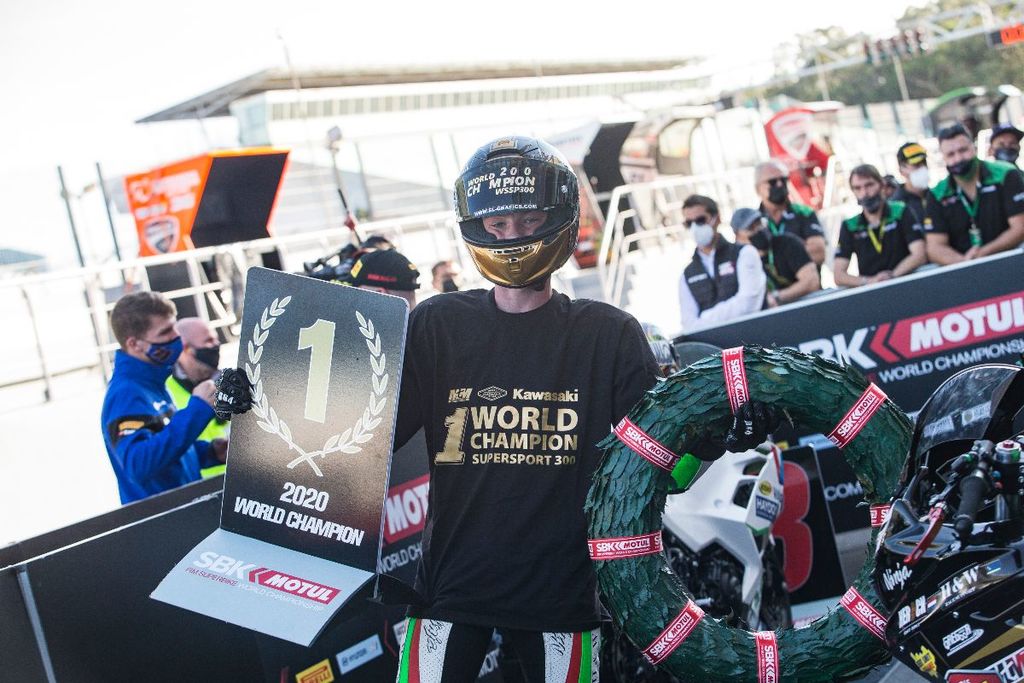 Jeffrey Buis: “I still can’t believe it, but we are world champion! An indescribable feeling! It certainly wasn’t an easy weekend, but we got where we came for. MTM Kawasaki MotoPort has built a fantastic bike this year and the support within the team is great. There are so many people who have supported me over the years. First to come to the World Championship and then to grow in this championship. I want to thank everyone for that, because otherwise I couldn’t have come this far. In particular, I would like to thank my family and sponsors; this world title belongs to you too!”

Scott Deroue: "It was a very difficult weekend and I’m very disappointed about the result during the races. This is not the way we wanted to end the season after being so strong the whole year and finishing second in the world championship. I want to congratulate Jeffrey with his world title and I want to thank the team and my sponsors for this season!”

Koen Meuffels: "What a great weekend! In the first race I was so close (0.013 seconds) of the win. In the second race my plan for the final lap worked out perfectly and I scored my first win of 2020. Very, very happy to end the season this way and we went up to fourth place in the final classification of the world championship. I would like to thank the team and all my sponsors very much for their confidence and support!”

Yuta Okaya: “It was a weekend with ups and downs. It wasn’t a bad Superpole. In the first race I was also able to join the leading group, but later on we had a problem with the front. I couldn't push as much as I wanted and finished twelfth. The second race was a good race in which I was able to compete in the leading group. We made a big step forward this year and I want to thank my team and sponsors for that.”