Last weekend the MTM Kawasaki MotoPort team made history by scoring a 1-2-3-4 at the Circuit de Barcelona-Catalunya in the World Supersport 300 class with Yuta Okaya, Scott Deroue, Jeffrey Buis and Koen Meuffels. In an interview team manager Ludo van der Veken talks about the success story. 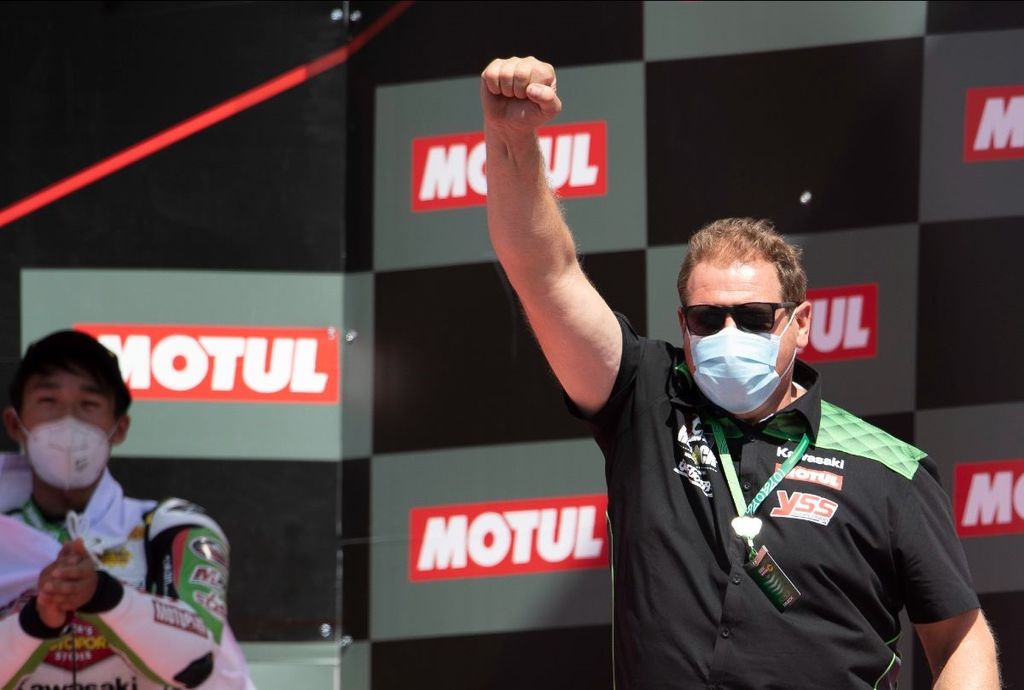 The World Supersport 300 is a competitive class, consisting of 56 riders. In the races it happens regularly that 20 riders or more form one big leading group until the final corner. It’s very difficult to make a difference in this class. Nevertheless, MTM Kawasaki MotoPort managed to cross the finish line in the first four places with the entire team on Sunday 20 September. A unique achievement, which has never been seen before. Yuta Okaya won the race ahead of Scott Deroue, Jeffrey Buis and Koen Meuffels. In addition, Buis and Deroue are in the first two places in the world championship. Where does this enormous success come from? We asked MTM Kawasaki MotoPort team manager Ludo van der Veken.

Ludo, did you see this success coming?

"No actually, this is more than just a dream. Jeffrey, Scott and Yuta had all been on the podium once or more this year. Koen is also a podium candidate in terms of speed, but not everything has fallen into place for him yet. I've sometimes thought, if all went well, that maybe we could get a full MTM Kawasaki MotoPort podium once. But I never expected this 1-2-3-4 and certainly not in Barcelona. We didn’t test on this circuit and we also had to deal with rain during practice. So we hadn’t much track time to find a good setup for the dry second race. The team and our riders did a fantastic job!”

How was this success possible?

"We have been in the World Supersport 300 for years and have been competing at the front for several years. This year we have four strong riders who are equal in terms of speed. One rider can finish the race better than the other. In addition, our team has also become stronger and stronger in recent years. During the corona period we have worked hard to get our Kawasaki Ninja 400 bikes ready. For this I have to give our chief mechanic Frank van Gerven a big compliment, because he has worked day and night during this period to make this happen. When it was possible again, we did several tests on different tracks. With Nick Davies for the data and Frank Mos as electronics specialist, we have two professionals in our box. Together with our other team members and the riders, they can find a perfect setup for our bikes. The complete package is right at this moment. Our riders are all going fast, so there is internal competition in a positive way. They can also learn a lot from each other and we make full use of that.” 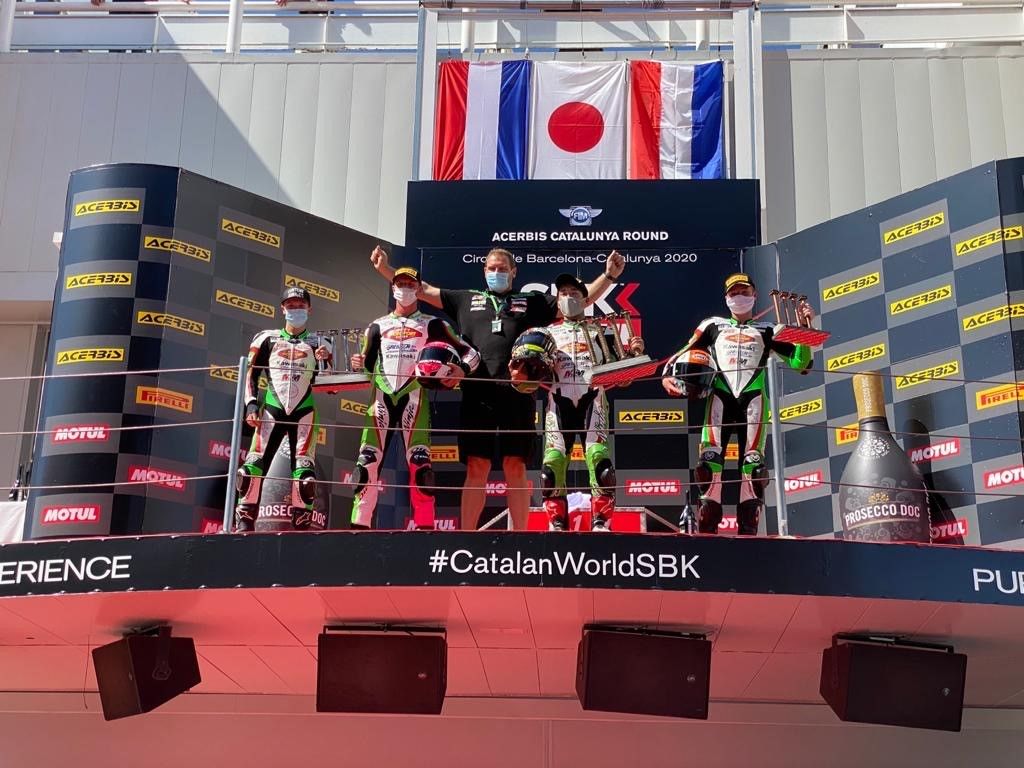 Do you realise that you made history in Catalunya?

"I was not good in history at school, but I do know that we have made history now. I’m so proud of the team, the riders, the mechanics and all the people who support us; because they made this possible! We also owe a lot to Kawasaki BeNeLux and Kawasaki Racing EU. The strength of Kawasaki is that they are very involved on and off the track. This support and way of approach is very important to achieve this success!”

But the season isn’t over yet. With Buis and Deroue you are also first and second in the world championship. "That's right, it's important to keep our focus. With the MTM Kawasaki MotoPort team we haven’t yet won a World Supersport 300 title. We have been close on a number of occasions. Now we are also in a good shape, but we’re not there yet. Jeffrey is running a great season and is the big surprise. It's very impressive how fast he learned and how smart he’s riding at the moment. But don't forget Scott, because he scores very consistently and shows impressive things. Like last Sunday when he came from the tenth row of the grid to second place. It's going to be exciting during the final events and it's important to keep the calm.” 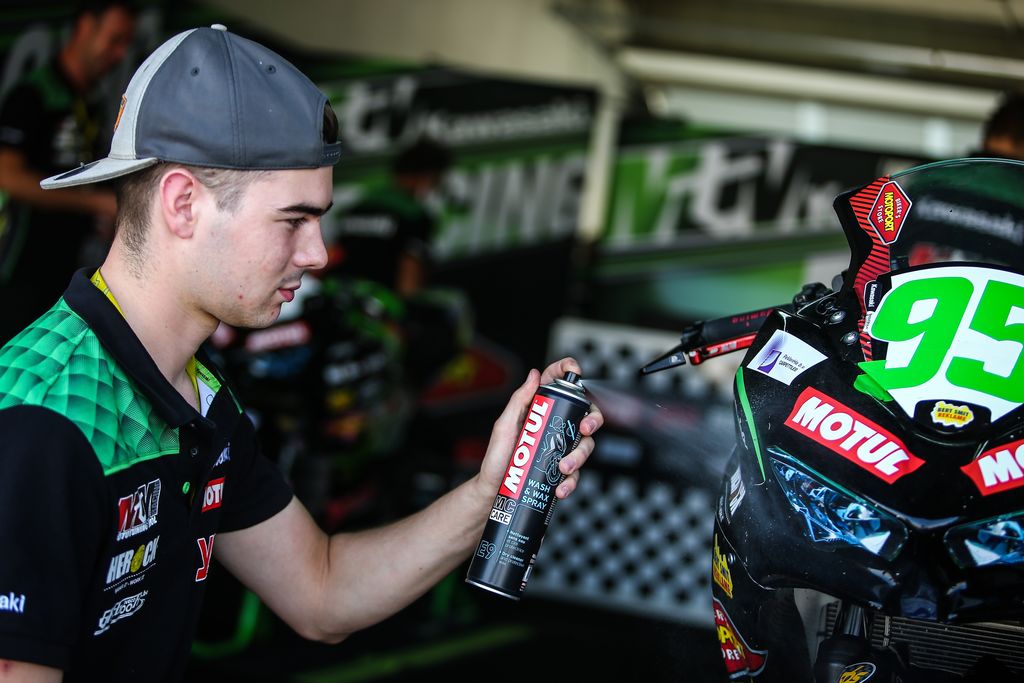 How’re you going to do that?

"Make sure that the riders are in shape and focused. Of course by talking to the riders individually, but also with each other. We will give every rider equal opportunities. First of all, we have to make sure that it can actually go between the two of them in the title race, because a lot can happen with four races to go. The confidence is there. Not only by Jeffrey and Scott, but also Yuta and Koen are very strong.”

Okaya won his first race in Catalunya. He has made a huge step this year. "Absolutely. During the tests he was clearly a bit slower than the three Dutch riders. Yuta is a fighter and kept trying to follow the other riders. Slowly but surely he succeeded and he went faster and faster. I see a great talent in Yuta and I think he has a great future. We have the luxury of having four fast riders in our team, we proved that in Catalunya. The bikes are in top condition and the support from Kawasaki and our partners is great. We have a fantastic team!” 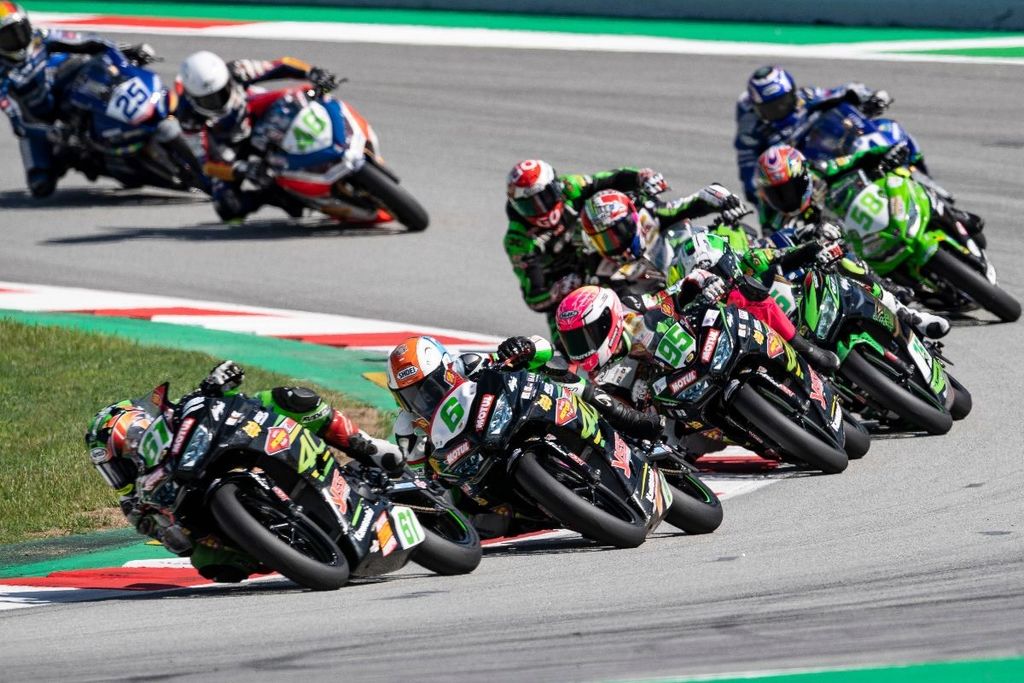 MOTUL Products In RACE USE 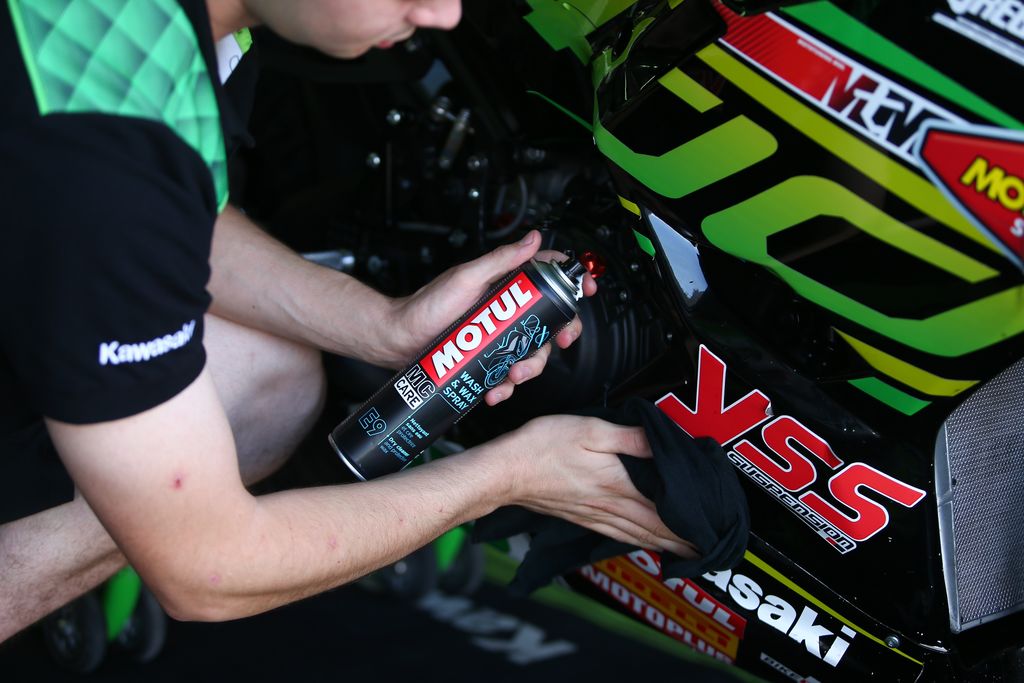