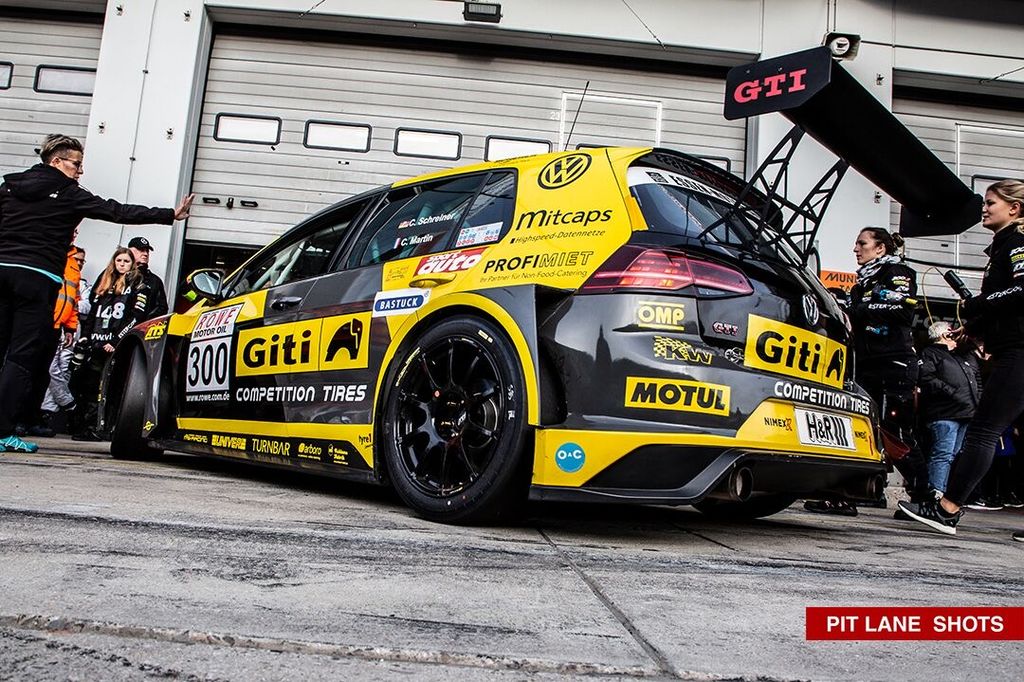 On Saturday, 26.10.2019, it was finally time for the long-awaited dream of the class victory. And the dream came true.

During the season2019 the girls passed three times very close P1. Most of the time it was not their fault! Nobody really believed in that sensation, because the racing season was coming to the end.

But within the 9th and last race of the “VLN Langstreckenmeisterschaft” it was somehow already in the air. Giti Tire Motorsport by WS Racing started with 3 cars, including the Girls Only Team's Golf VII GTI TCR.

Already at the Friday test everything went according to our planning. Célia Martin, Adenau (D) and Carrie Schreiner, Völklingen (D), felt very well in the 350hp Volkswagen and the atmosphere was remarkably relaxed.

On Saturday it was on the time. Due to an "Code 60" in qualifying, the duo "only" started from the third position into the 4h race, which is also known as the "ham race".

Starting driver Carrie Schreiner pushed from the beginning, but was slowed down by constant yellow phases which have made it difficult to find a rhythm.

"I was not completely satisfied with my first stint. The laptimes were okay, but it would have gone even more!" said an extremely self-critical Carrie Schreiner.

Célia Martin took the cockpit after 8 laps and drove an incredible race. Not only that she placed the car on P2, she also burned incredible fast lap times into the asphalt and demonstrated, why she was selected for the “Girls Only” team 2020.

"The car was perfect, I felt comfortable all around - one of my strongest races ever!", Martin commented after the race.

Schreiner took over the cockpit again for the last stint and burned down a firework. Carrie set one fastest lap after the other and built up the pressure on the leading car.

P2 had long been safe when Chief Engineer Corinna Schäfer was suddenly instructed to push even harder. 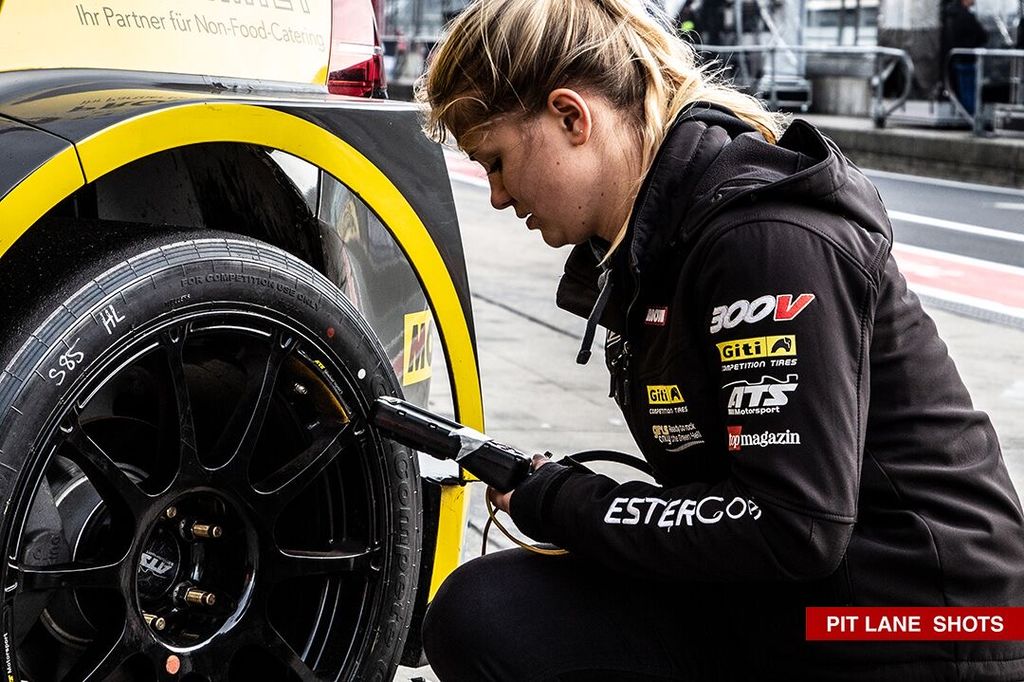 "We saw on the GPS that Carrie could do another lap, if she crossed the finish line in front of the overall leader. That was pretty close. But we calculated that the fuel was enough and we also saw the leading car with some problems. That was our chance and we had to strike."

Schreiner pushed and implemented the instruction. She drove the day's best time in the class and took over the lead after 4h of racing! With that additional round they won the class thus even with a round in lead!

"In the final stint everything went well and I was able to call up all my performance. Unbelievable this victory and we have deserved it so much. Thanks to my team. We have suffered so much this year, now we are celebrating that victory! Big compliment to my teammate Célia. She did a perfect job and we both complement each other perfectly."

P36 out of 162 starters overall. That was a clear statement. 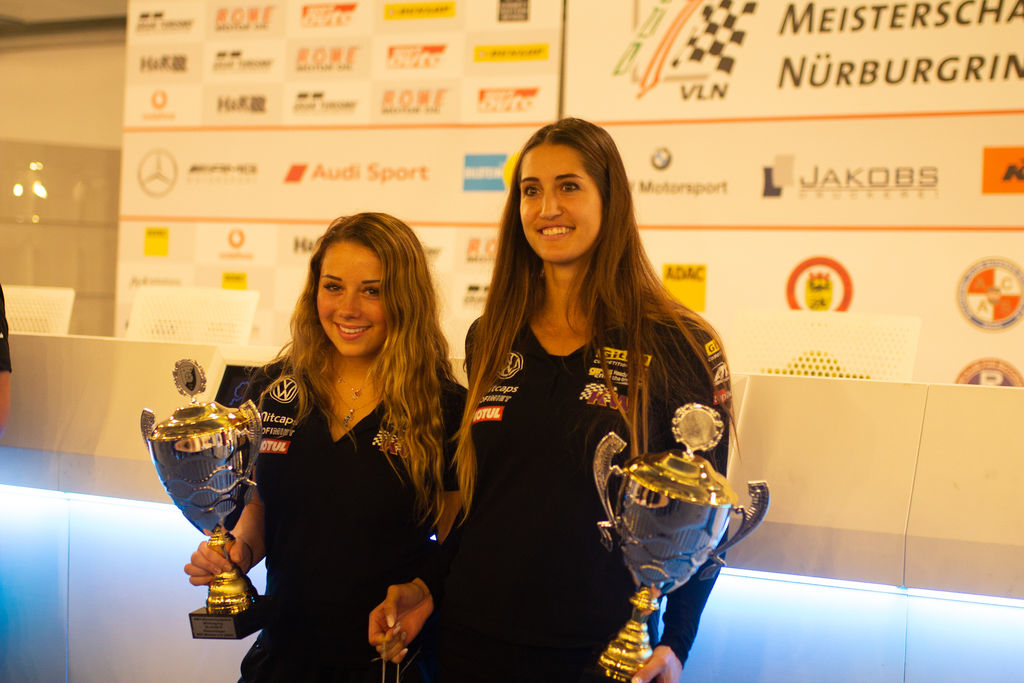 "I could have cracked the 9-minute mark, but it was a lot of traffic all the time. Thanks to my team, who did a great job " Niklas Kry after the race.

Ralf Lammering drove this weekend on two vehicles. In addition to the Audi he placed the Golf VI GTI CUP with Florian Böhnisch, Bochum (D) and Ulrich Schmidt, Kamen (D)on  the 5th place in the class SP3T.

The Golf VI GTI Cup, which completed its last race, was pushed by Böhnisch. Böhnisch announced VLN8 that he can crack the 9: 30min mark and he realized it. With 9: 25min he set a car record and demonstrated the potential of the "old" Golf VI.

Böhnisch after the race: "Everything was just right. The car was perfectly prepared. Thanks to my colleagues for the great closing of the season. "

For the whole team that race was balm for the soul. Team Manager Fritz Rabensteiner sums it up:

"We basically had to rebuild the Audi R8 LMS GT4 three times that year. That made us crazy. The fact that we are now driving home with a class victory, a car record and no crashes was enormously important for the whole team.

At this point I would like to send special thanks to chief mechanic Sven Langenfeld, who was subjected to enormous stress this year. With VLN, RCN, 24h race, Trackdays and P9 Challenge we challenged Sven enormously and he always got it!”. 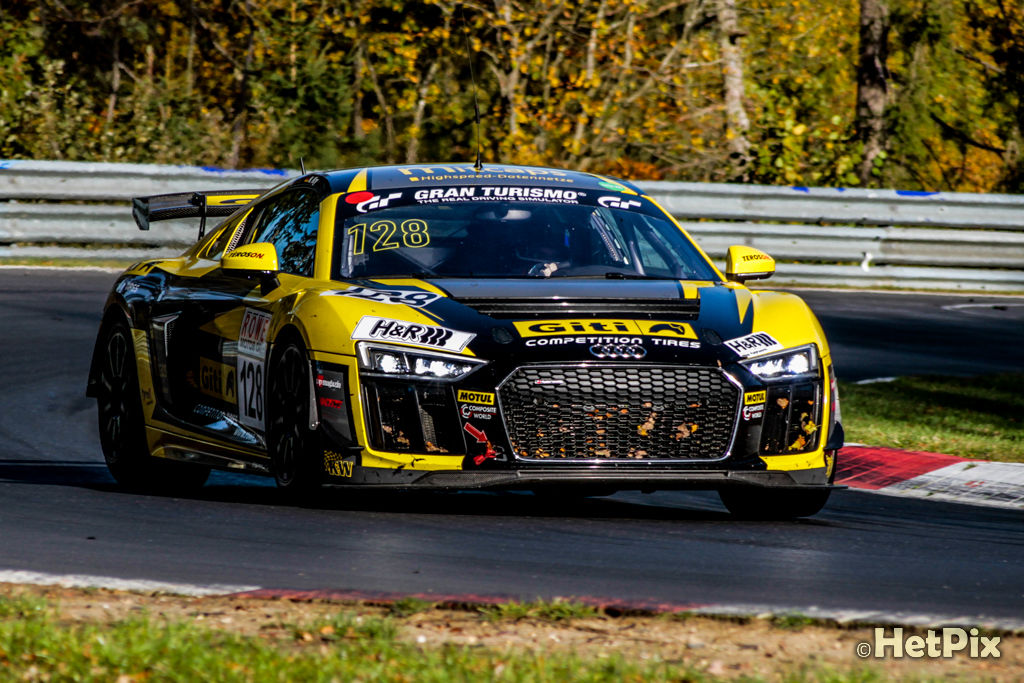 "I could not and cannot believe it. It just makes me incredibly proud to see what we have created here, because I would like to remind you once again that "Girls Only" has only been running motorsport for even 8 months. Of course thanks to our strong drivers and we always hoped for a class victory because we were already 3-times very close. Now it is real and for me a historical and unique moment. The first victory of an all-female racing team.  That is something nobody can take us anymore and will motivate us to work even harder for the winter break. "

"The whole team did a great job over the weekend and everything went perfectly.

The GitiCompeteGTR1, which underlined our performance, made a big contribution to this success.

A big “THANK YOU” to Giti Tire Europe and the European Development Center at Hannover, who did a great job. Fastest lap time, P1 in the class, P36 overall and on top even a car record shows the potential of the GitiCompeteGTR1.

The GitiCompeteGTR1 has always convinced us and we are proud to be part of that project and its development. "

The team dedicated this historic, first victory of the “Girls Only Team” to all partners, fans and supporters who always believed in the project and laughed and suffered with the team for the whole season. 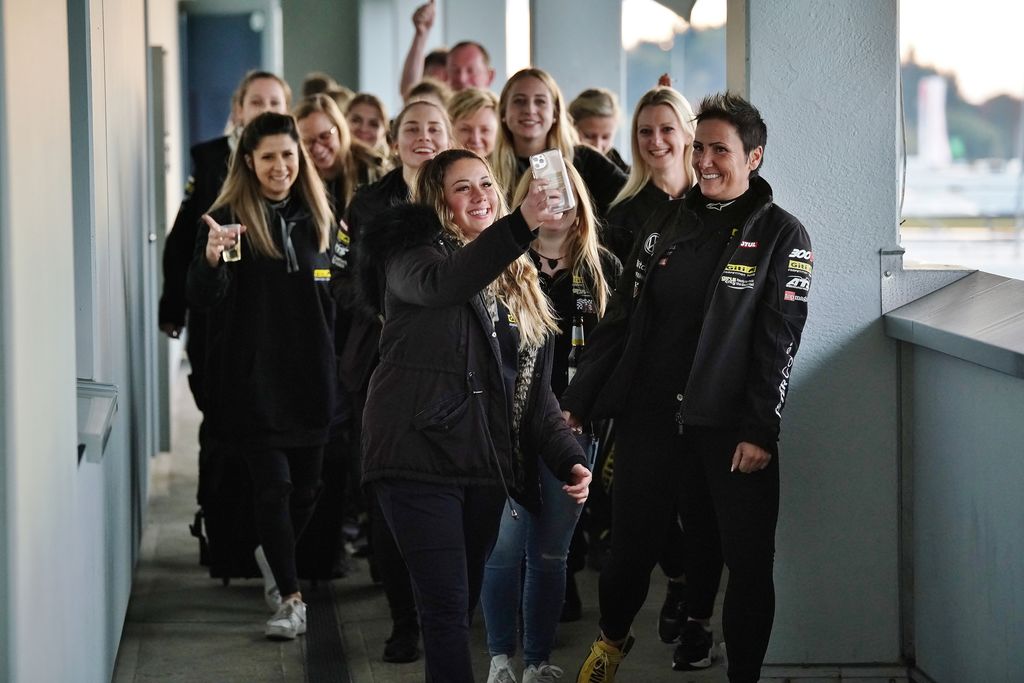