In front of around 230,000 spectators at the 47th ADAC Total 24h race at the Nürburgring, the numerous teams supported by Motul presented themselves from their best side. The Nissan GT-R Nismo GT3 from Kondo Racing made it into the Top 10 accompanied by bright sunshine and temperatures around 25 ° C. Subaru WRX STi claimed the second win of class SP3T in a row. Frikadelli Racing was forced to stop racing in a promising position. With outstanding endurance and team spirit, the team at "Giti Tire Motorsport by WS Racing" completed the 24-hour race despite changing the engine at night. 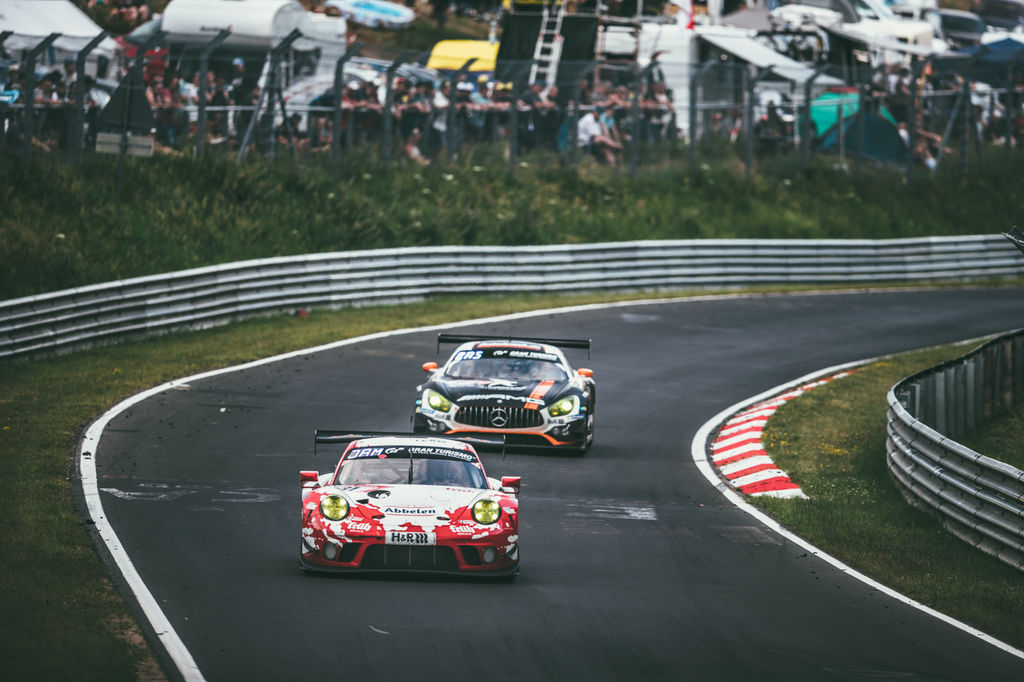 In the top class SP 9 the fast Porsche 911 GT3 R of Frikadelli Racing was on fire since the start. Especially the car with the start number 31 was in a promising position on the road: Romain Dumas, Matt Campbell, Sven Müller and Mathieu Jaminet were long harmless and were always within striking distance. But only three hours before the end of the race the team from Cologne was forced to stop racing. In second place, after a technical defect due to a puncture, things did not continue.

"The disappointment is of course incredibly big, but we have absolutely nothing to reproach ourselves until the end we have given everything and also done everything right. The puncture and its aftermath were just bad luck I would like to cordially thank all my team, the drivers, sports teams and fans, "said team boss Klaus Abbelen. 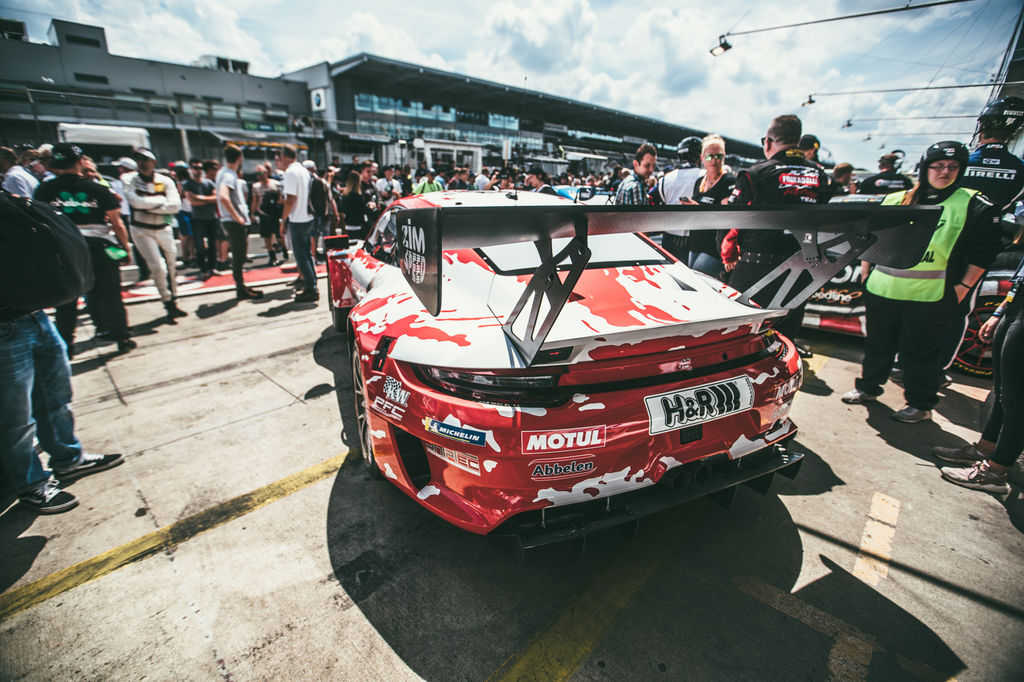 Like clockwork, it was for the Subaru WRX STi from Subaru Tecnica International. Tim Schrick, Carlo van Dam, Hideki Yamauchi and Takuto Iguchi took the first position in the class SP 3T from the beginning and did not give up their lead until the finish. The reward of the sweaty work in the cockpit: the class victory and an outstanding 19th place overall! 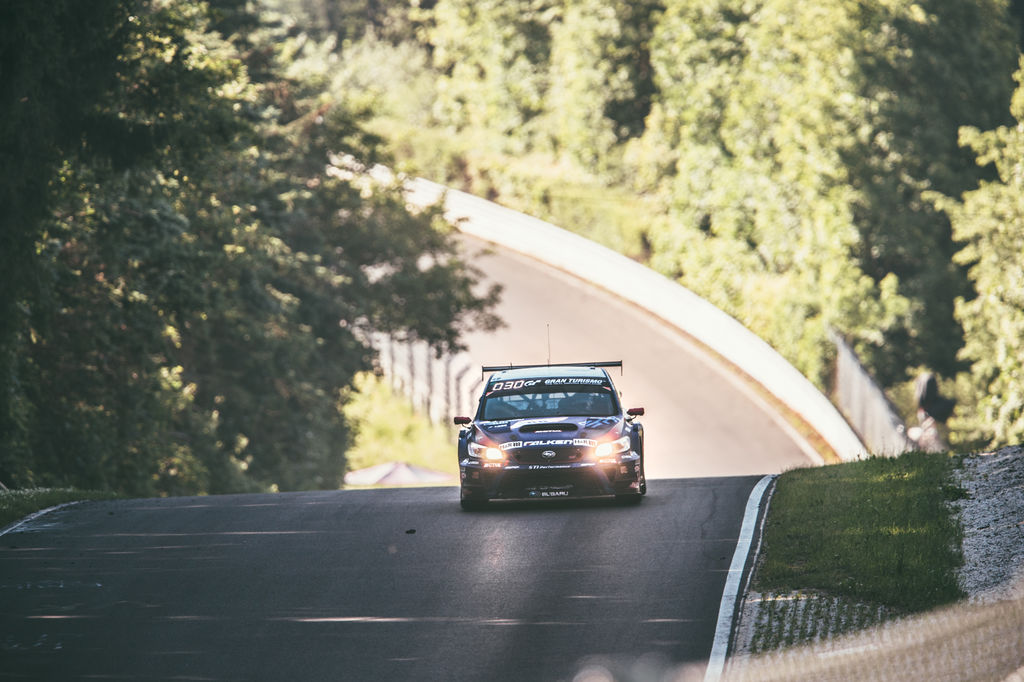 Tim Schrick enjoyed his fifth race at the 24h race in the Green Hell in the factory Subaru. "I am very satisfied! To drive into the top 20 is pretty cool for a 2-liter turbo, "said Motul-backed Nordschleife specialist. "We only have 340-350 hp, but a fantastic driver lineup." 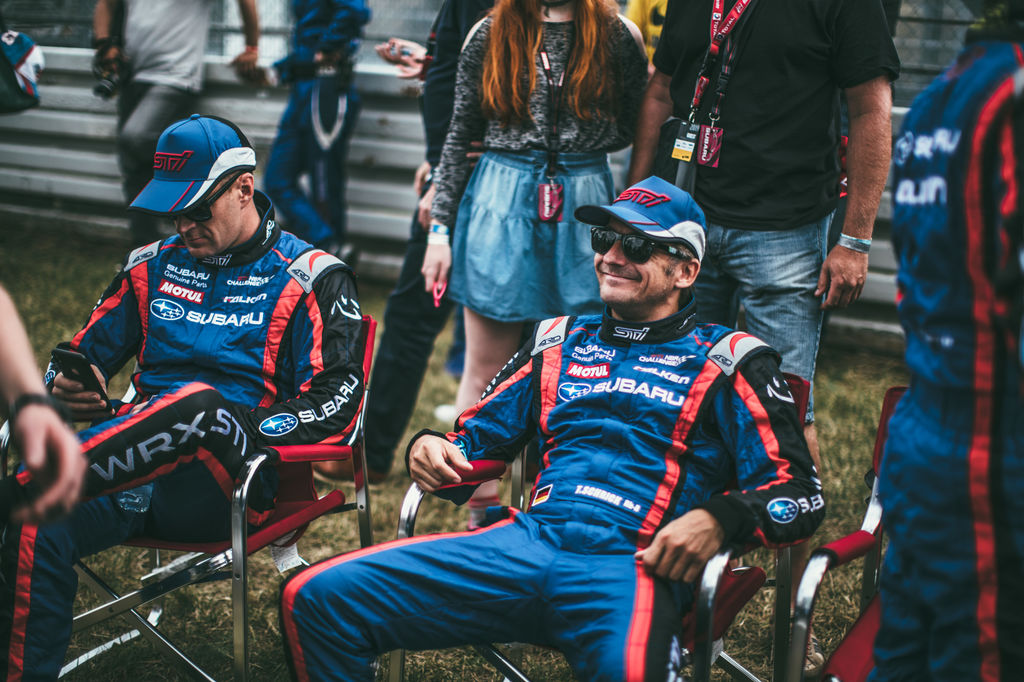 Excellent teamwork at Girls Only Team

The team Giti Tire Motorsport by WS Racing & "Girls Only! Ready to rock the Green Hell" faced an initially painful experience in the sunny race. In the first stint, driver Jasmin Preisig had to go back into the pit with an engine failure of her VW Golf VII GTI. The only solution: engine change. The mechanics of the pure women's team heartily accepted the challenge. And in fact: Just after 3 o'clock in the morning a loud cheer broke out in Box 23: Accompanied by the applause of the neighboring teams, Girls Only managed to start again with the new engine.

As a result, Jasmin Preisig, Carrier Schreiner and Ronja Assmann unwound lap after lap without any problems. A small respectable success: The fast ladies won the third fastest lap in class SP 3T. "The result is secondarily, of course after our engine damage. What is much more important, we have shown that we can finish in the end, "said Nicole Willems, team manager for the team, especially with regard to the strong performance of her mechanics. "I can not describe how proud I am of the girls. I was impressed how calm and confident they worked on the car. Especially since we have never trained a change of engine ". 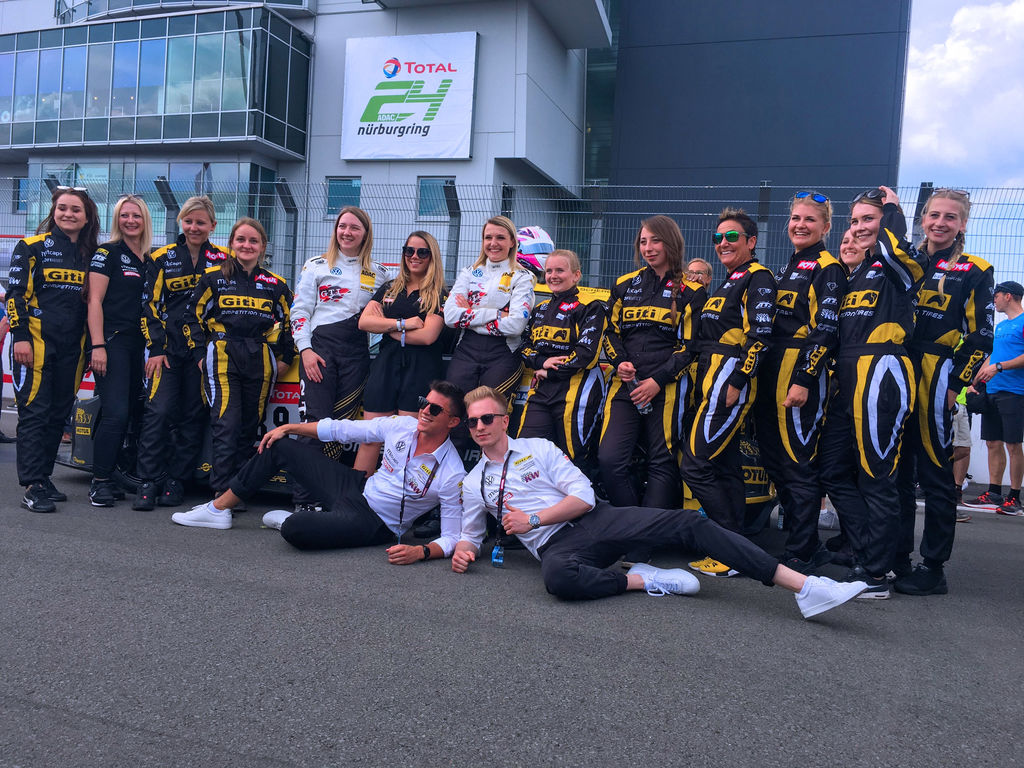 Nissan GT-R Nismo at the Ring

Team Kondo Racing was even more fortunate: Tom Coronel, Takaboshi Mitsunori, Tomonobu Fujii and Matsudo Tsugio both took advantage of numerous drops in the Top 10 in the Nissan GT-R Nismo GT3 and managed to finish 10th in the overall standings. 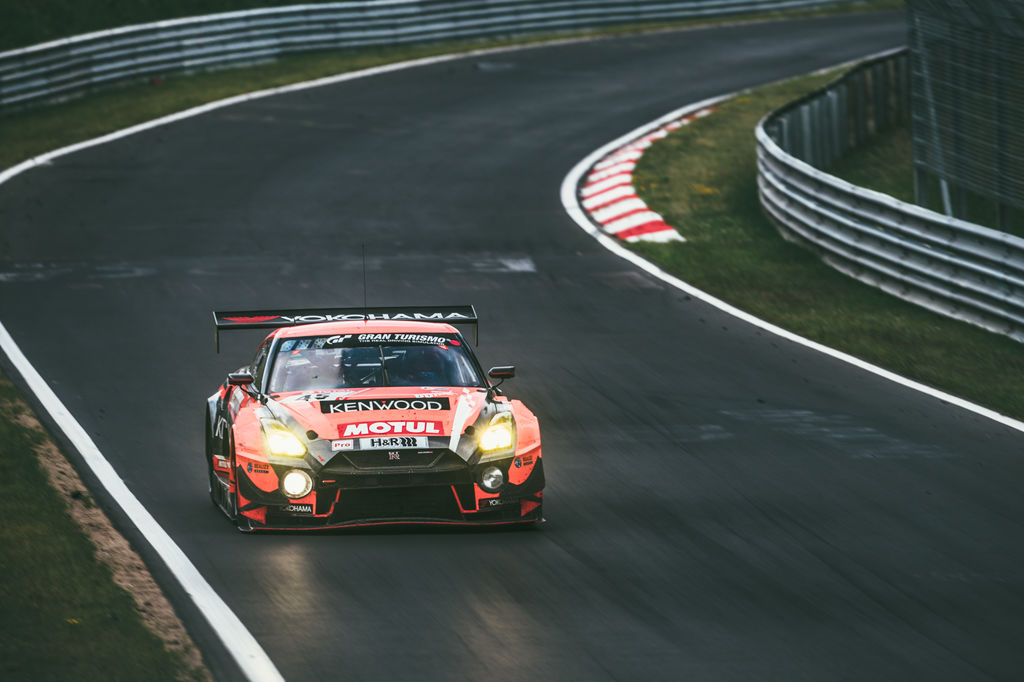 The high temperatures posed a major challenge to man and material throughout the weekend.

Alexander Hornoff, Head of Technical Department Germany & CEE at Motul, explained just how important high-performance engine oil is for the race cars of the 24-hour race:

"The engine oil here is, so to speak, considered to be a liquid design element that offers the maximum power available while at the same time providing the best possible performance Optimized protection. Our 300V engine oil based on ESTER Core ® technology therefore has a direct influence on the overall performance on the race track. This is especially essential here on the Nürburgring in long-distance use, where the drive is permanently subjected to extremely high levels of mechanical and thermal stress. " 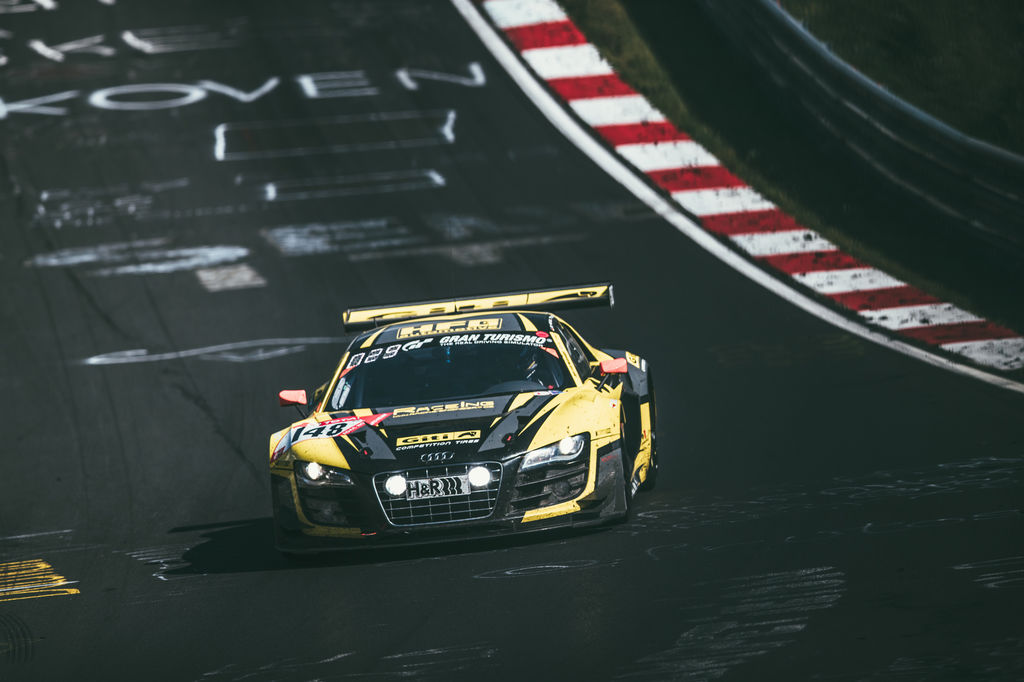 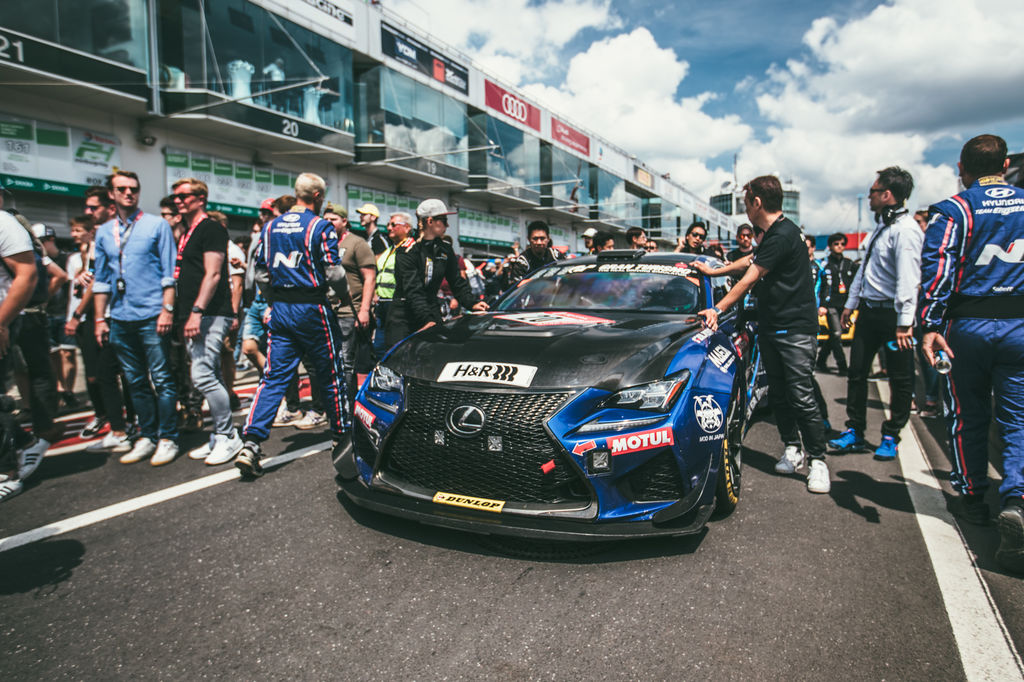 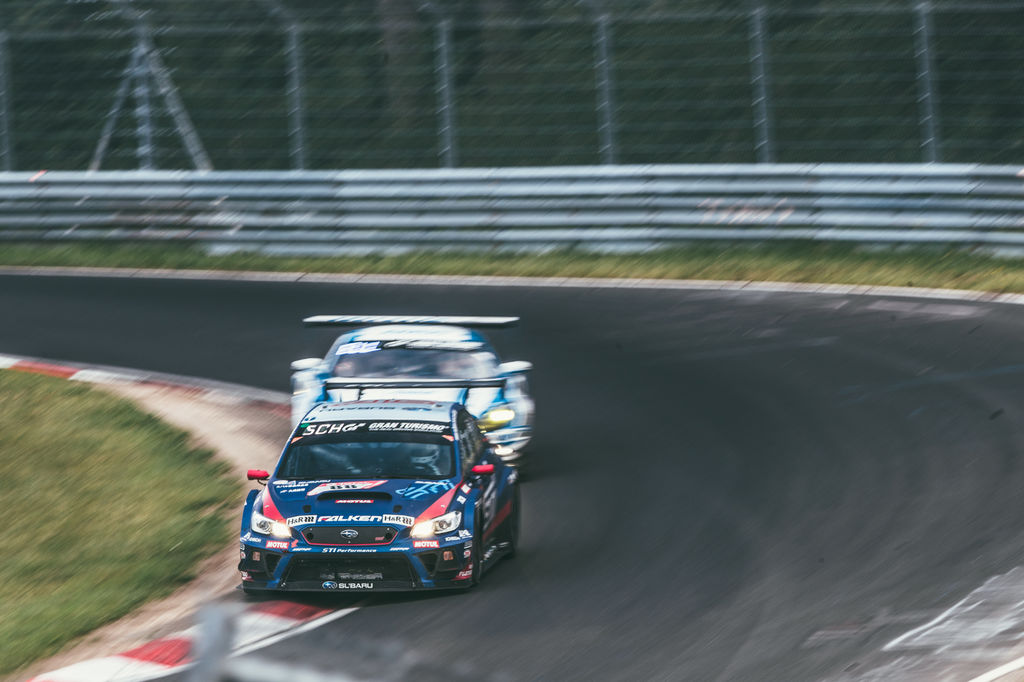