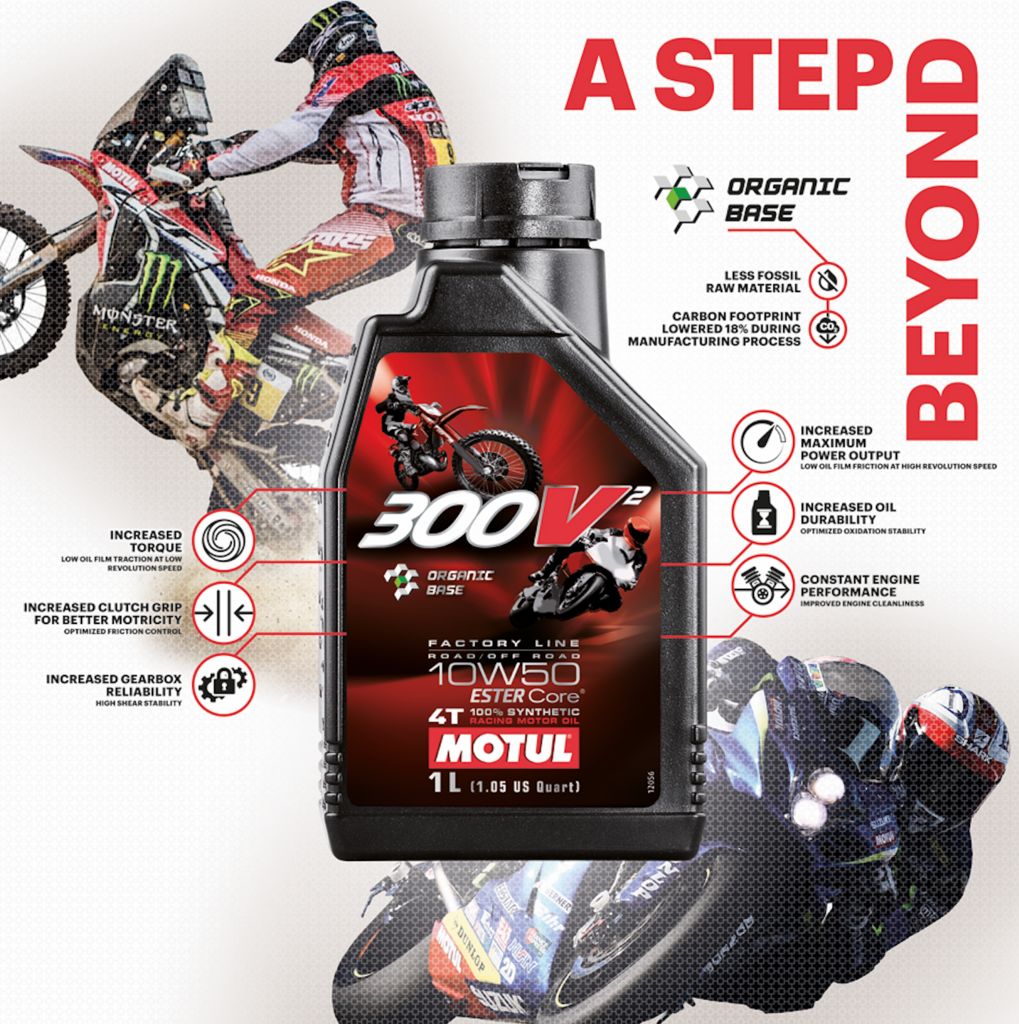 Motul will be presenting its new engine oil, 300V²  10W-50, for race use, at the world's largest motorcycle show. A direct evolution from the legendary 300V, this new racing oil will bring extra performances validated by top-tier factory teams in both On-road and Off-road applications. Formulated using renewable bases, it is composed of less fossil raw material and offers a lower carbon footprint during manufacturing process.

05.06.2019
Cookies help us deliver our services. By using our services, you agree to our use of cookies. Learn more