Antoine Morel has been part of the Dakar for over two decades. When it comes to the toughest rally in the world, there are few people who know it better than him. Although he has tackled the event himself in various vehicles, Morel now heads up the Optimus buggy effort for his team, MD Rallye. Ahead of the upcoming Dakar, the second in Saudi Arabia, we met up with Antoine during a test session in the south of France. 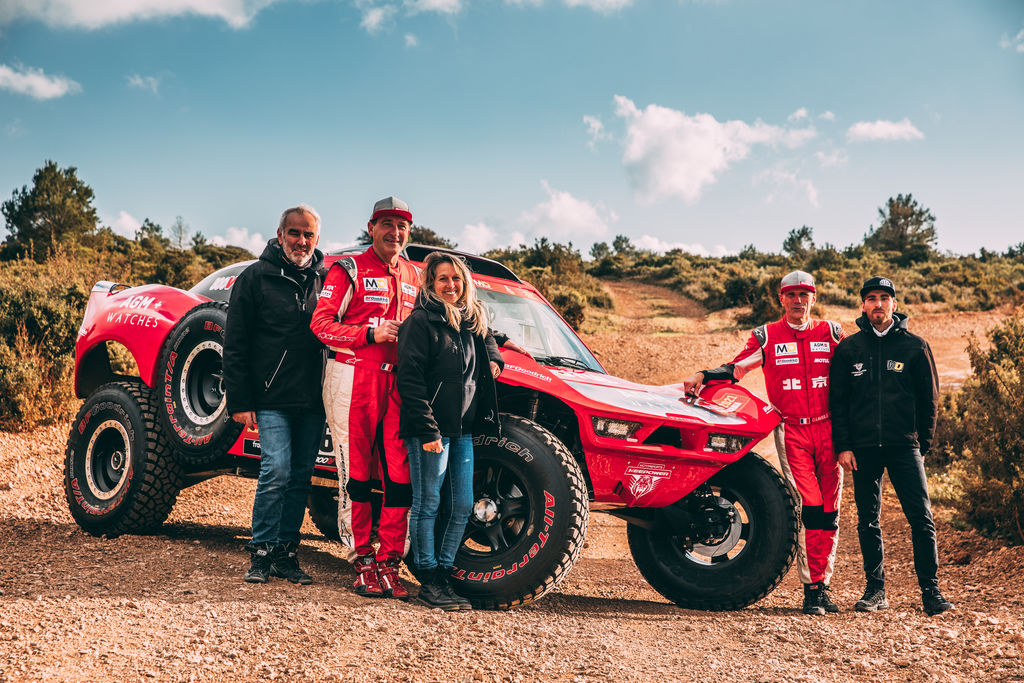 Antoine, we’re looking at the all-new Optimus Evo 4. What’s the story and concept behind this race car?

I’ve been in the Dakar since the 1990s. I started as a mechanic, participating in my first Dakar in 1998 on a motorcycle and later on with quad bikes on which I won the event as well. I wanted to build a buggy, so I phoned Jean-Louis Schlesser and told him I was going to build one powered by a two-litre naturally aspirated Honda engine. He said it wouldn’t work. I hung up and did it anyway [laughs]. I teamed up with driver Pascal Thomas and the first Optimus was born. The name actually came from a toy my son, who is now also part of the team, used to play with. The Transformer named Optimus Prime. I thought it would be a great name for a Dakar buggy. The idea behind the Optimus is a light buggy that would make the event a lot of fun to participate in. The original Optimus only weighed 900kgs. 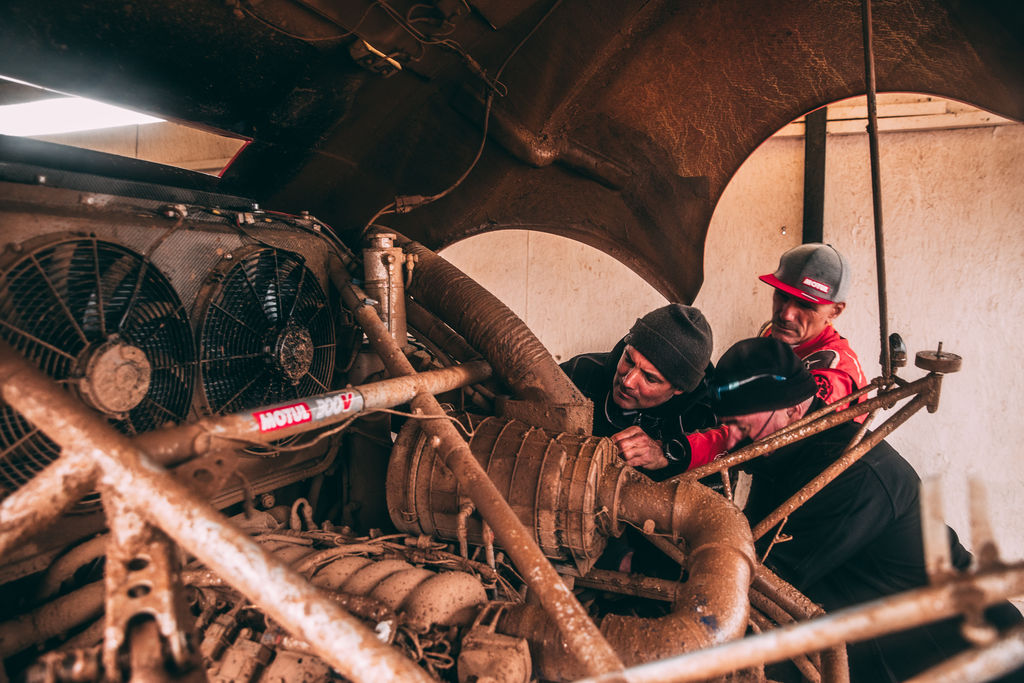 Can you talk us through the Optimus EVO 4’s features?

The Optimus Evo 4 is a T1 Dakar Buggy. So, it’s a tubular chassis with a carbonfibre body on top of it. It’s rear-wheel driven and powered by a 6.2-litre LS3 Chevrolet/GM engine (built by Lortec) mated to a Sadev five-speed gearbox. It’s mostly an aesthetic upgrade from the Evo 3, but we did change a few mechanical things.

How many times have you been part of the Dakar bivouac so far?

Next year will be my 28th Dakar. It’s really who I am, and it runs through my veins. This year we’ll be taking no less than five Optimus buggies to Saudi Arabia. 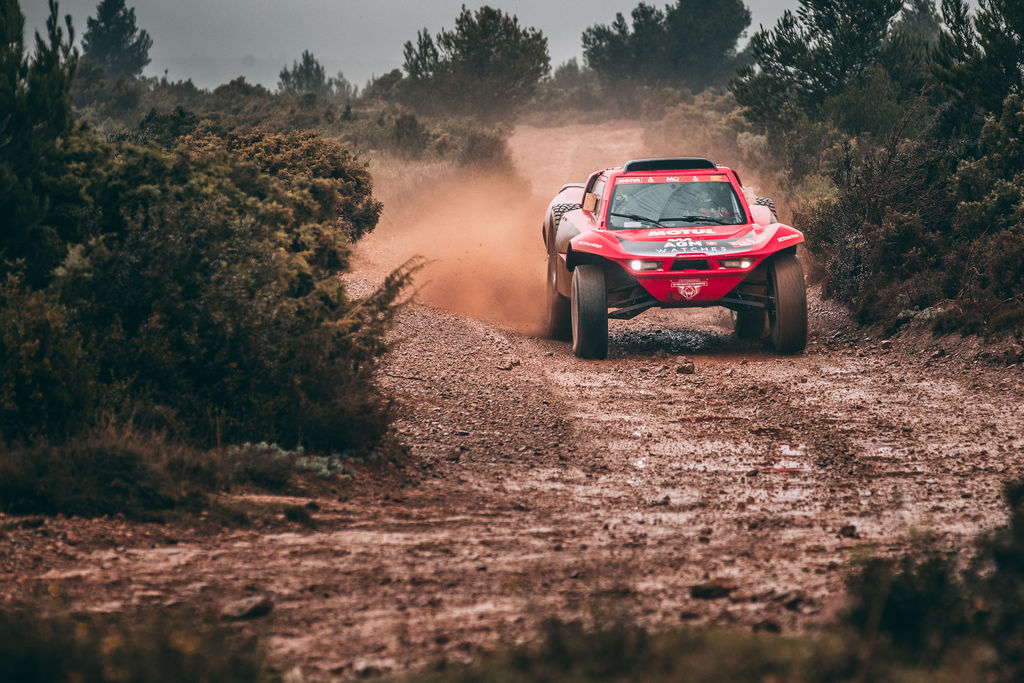 This year the MD Rallye team is joined by Christian Lavieille? What impact does he have on the team?

Christian is a great influence in the team. The experience and knowledge he brings will take our team to a different level. His skills in setting up a car have already proven to be invaluable to us. Christian had driven the Optimus Evo 3 a few times and we’ve learned a lot back, so I can’t even begin to imagine what he’ll bring to the table in the future. 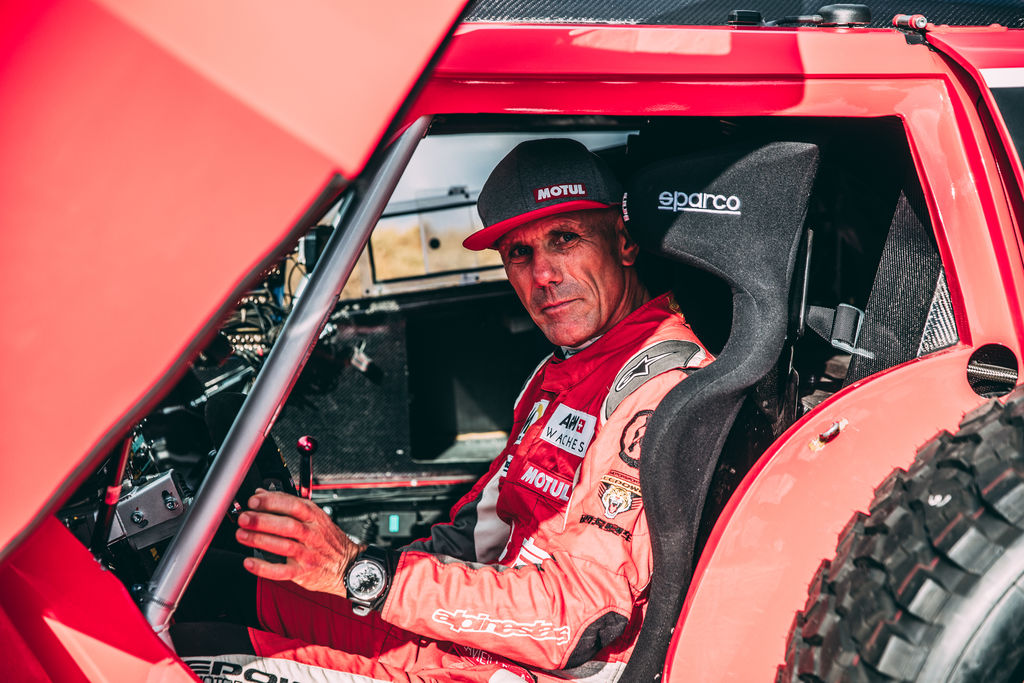 What does it mean to you, as team manager, to be fielding the red Motul car in an event as the Dakar?

I’ve been using Motul since the beginning of my Dakar career. There has always been Motul in my machine whether it was a bike, quad, car or buggy. Even though sometimes it had a different brand’s sticker on the side [laughs]. To be honest, I’m honoured to be able to take this red Motul car to the Dakar. Thank you, Motul. 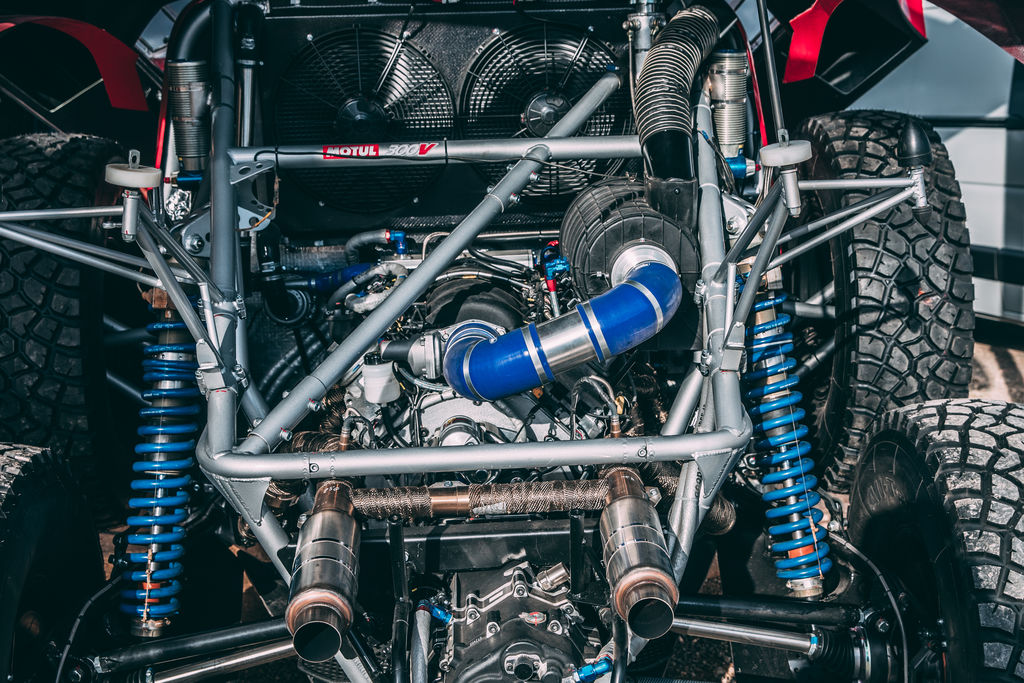 What’s your goal for the upcoming Dakar?

As a private team with limited resources, we’re not going to even pretend we can keep up with the factory efforts. I think it’s important to set goals we can achieve. Previously, we’ve managed to be inside the top 10 overall, and this is our goal without a doubt. A top 10 finish would be our perfect result and hopefully it will be Christian who does it! 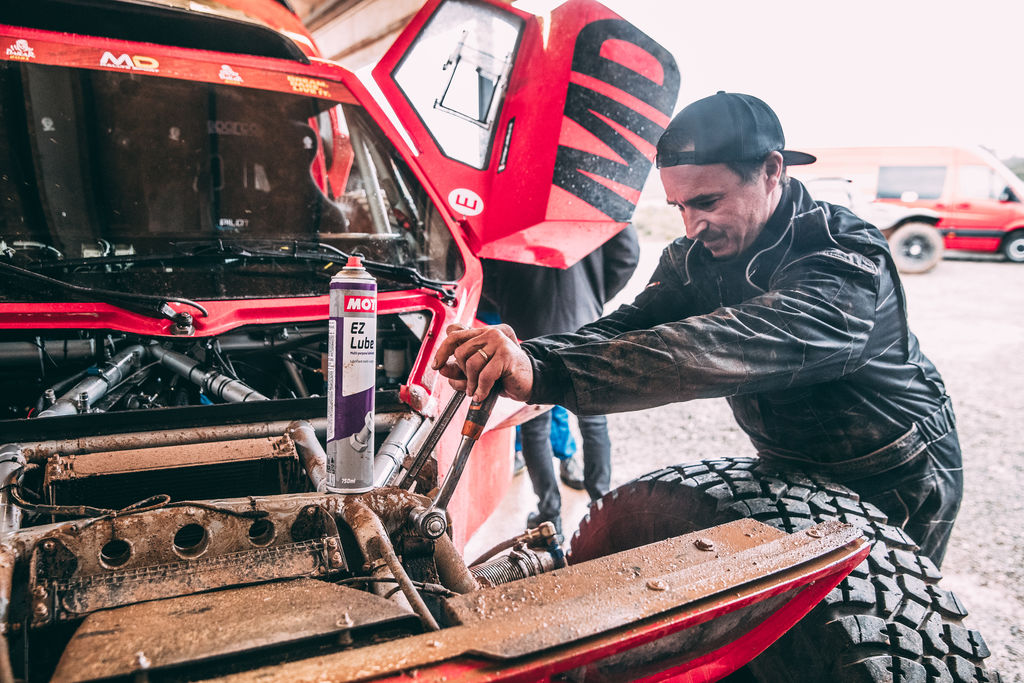