The roll call of famous drivers who have driven this Aston Martin DB4 GT Lightweight reads like a Who’s Who of motorsport. But this is not a car locked away in a collection never to see the light of day. Managed and prepared by Motul-backed Era Motorsport, it was raced at the Goodwood Revival last weekend. To tell us more is Era Motorsports’ founder and racing driver Kyle Tilley. 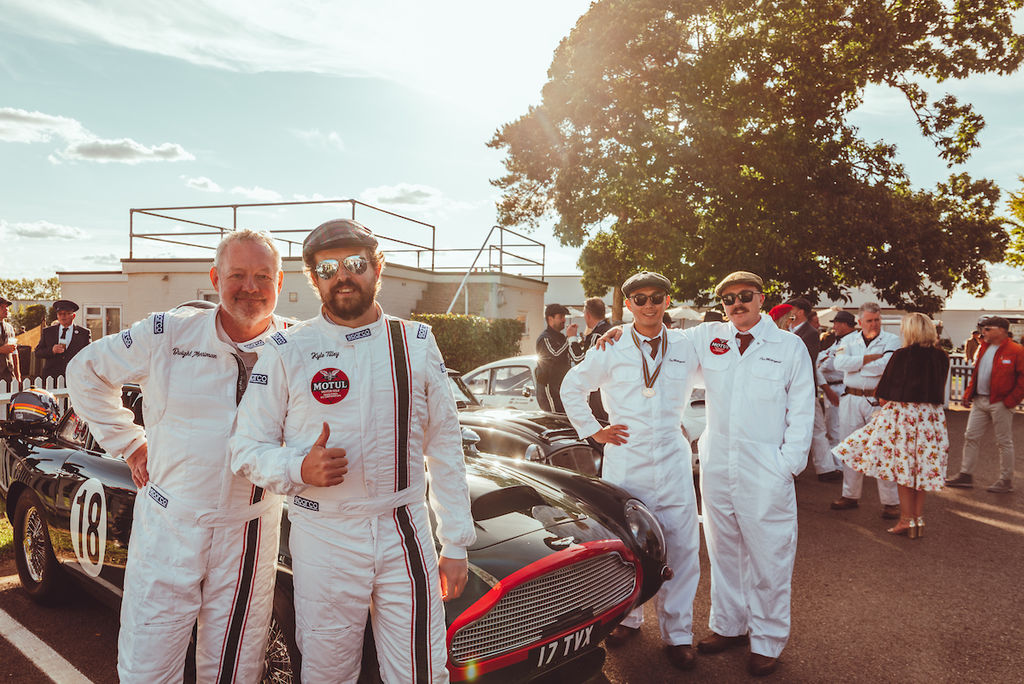 Kyle, you’re here with this rather lovely Aston Martin DB4. Can you tell us more about it?

I'm driving this Aston Martin DB4 GT Lightweight, which is one of the original factory Aston Martin race cars originally built in 1959 and driven by the likes of Jim Clark, Stirling Moss, Innes Ireland and Roy Salvadori. Anybody who was anybody back in the day has driven this car. That’s a good thing and a bad thing, because it means that we're a little frightened to cut it around and do too much to it in terms of trying to make it competitive with the other cars. So, it's very period correct. It's basically exactly like they raced it back in the 1960s. It’s a beautiful car that’s so much fun to drive. It just slides around. 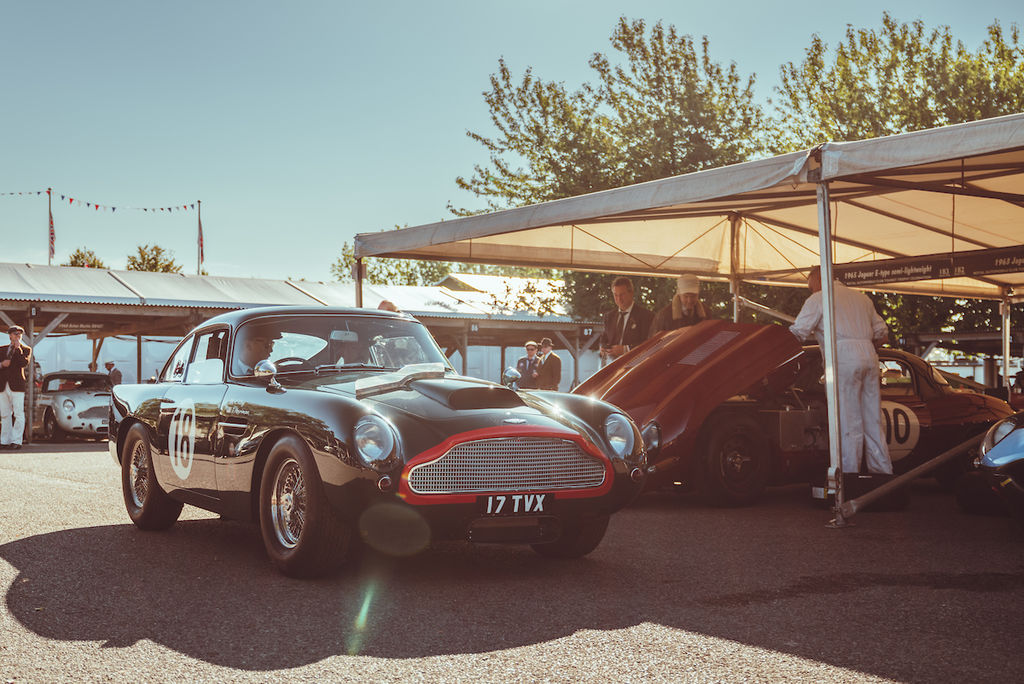 And you’re driving it on track here at Goodwood?

Yes, I’m driving it this weekend with the owner, Dwight Merriman. He asked me to come and drive it with him. We also look after it for him here at Era Motorsport. It’s a very cool car. 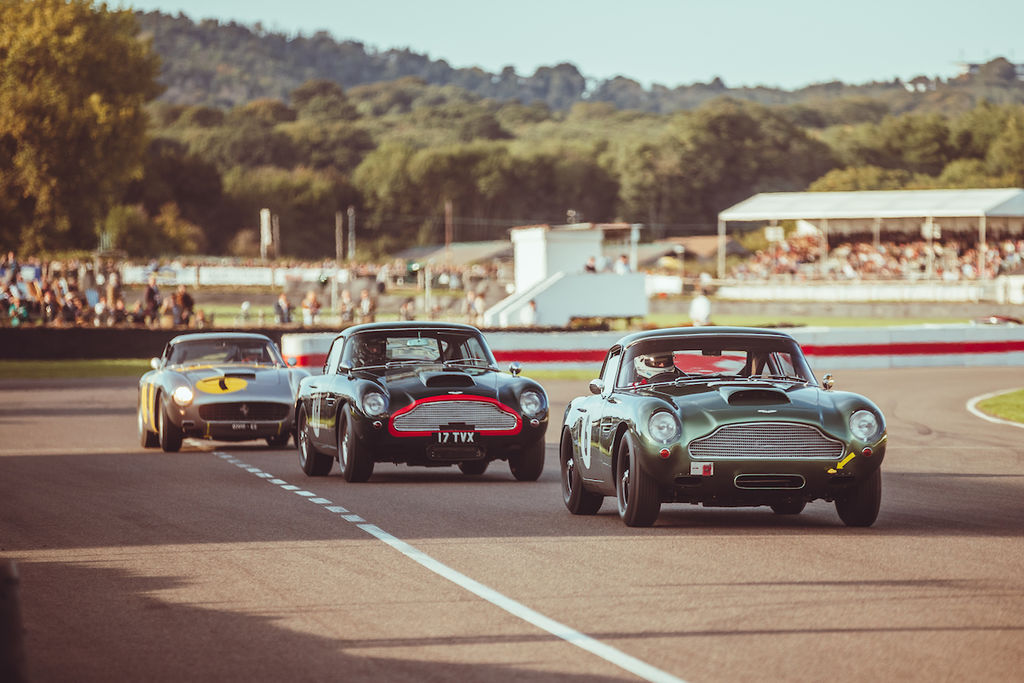 Is it nerve-wracking taking such a valuable car out on track?

Everybody knows the score here. Everybody wants to win at Goodwood. But we're all very aware, with such high Dollar historically significant cars, that we have to play nice. 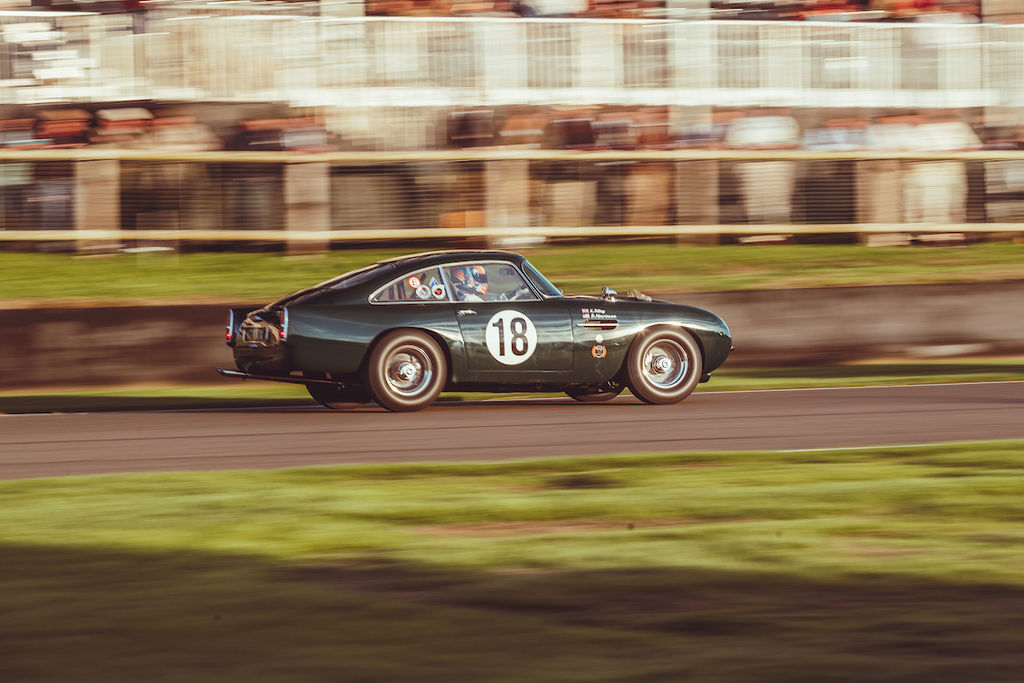 Everything is Motul in it. It's got the MoCool coolant. It's got 20W-60 oil and uses RBF660 brake fluid. 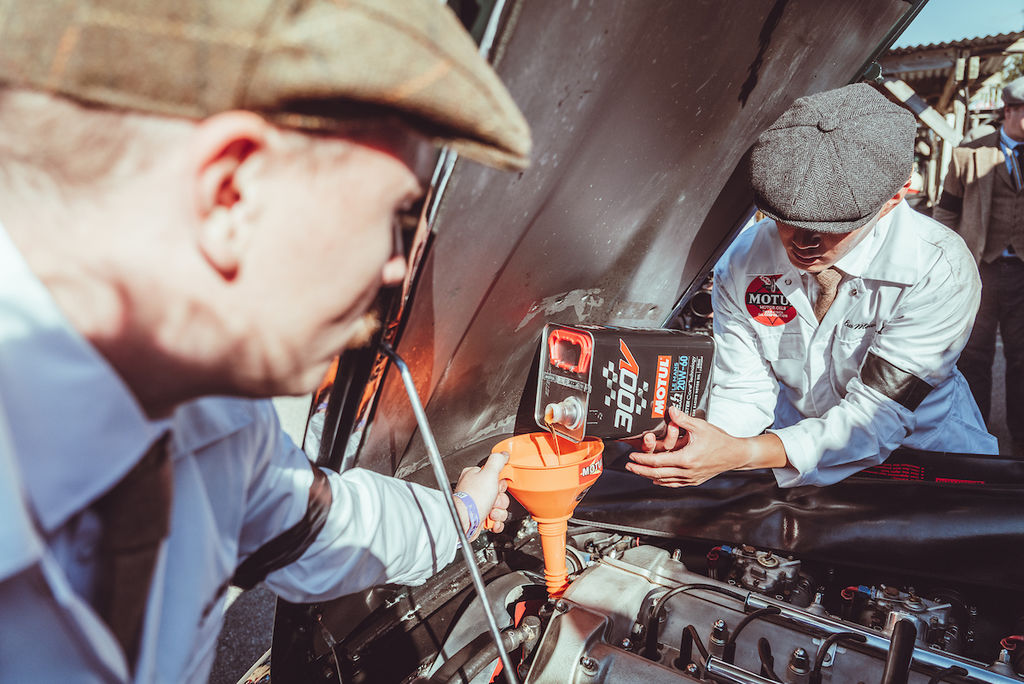 Why is Motul your preference in these kinds of cars?

We want to use the best products we can. I won’t say how much this car is worth, but it has six zeros after it. So, with a car this valuable we want a high-end product in it, and we believe that to be Motul. If you look at any of the teams that Motul is affiliated with, they are all top teams and that’s what we aim to provide for all our customers and clients. 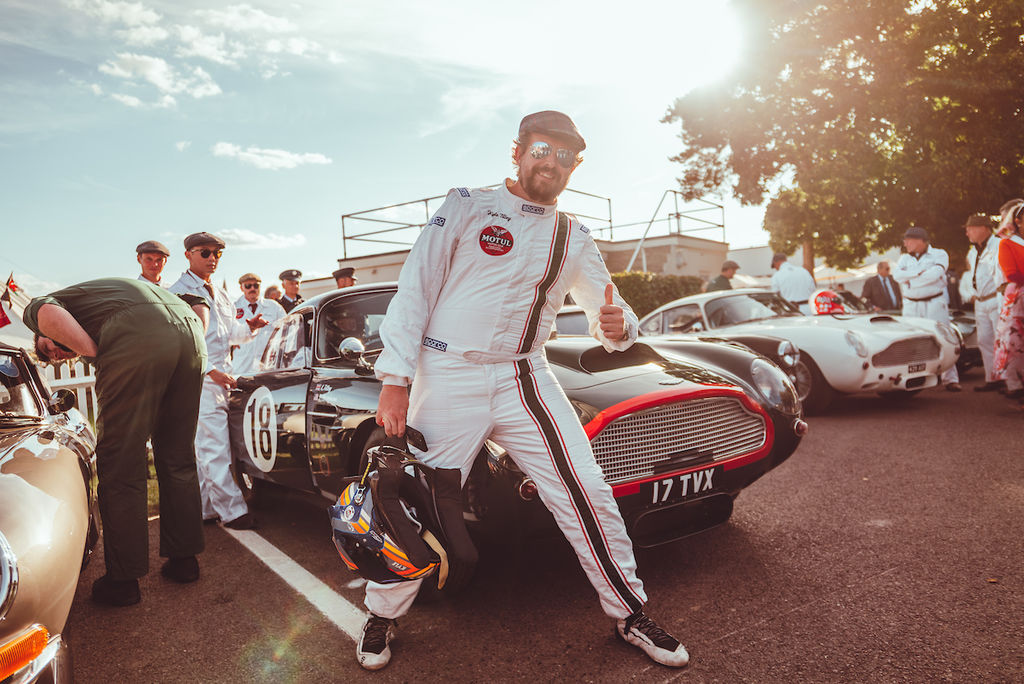 You’re racing this later this afternoon. Are the nerves starting to build now, especially considering how valuable it is?

No, not yet. Maybe 30 minutes before the race, when I'm starting to put my race suit, then then they'll start to build. But honestly, there's just so much going on here, in terms of atmosphere and cars to see, that I haven't got time to be nervous. There's always something different to look at. So, it's just fun. And I've got several friends who are in the race with me as well, which I’m looking forward to. 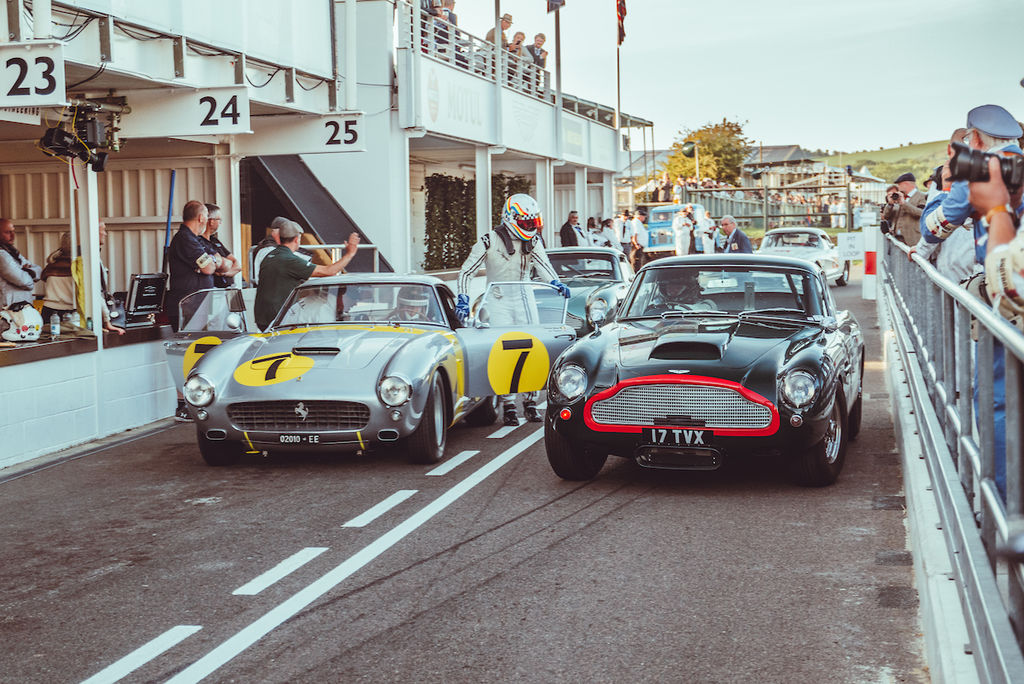 Era Motorsport is a racing team but also a workshop. Can you tell us more about your company and your connection to Motul?

We’ve been working with Motul for three years. My background is as a professional racing driver. I started Era Motorsport in 2018, almost as my retirement plan when I stopped racing. Initially we specialised in historic race car driver coaching. I was getting asked to drive more and more cars but I was becoming less comfortable in doing that because, in the United States, I didn't feel that the level of preparation was quite where it needed to be. I mentioned it to one of my clients. And he said I should start my own business. So, we did. We’re predominantly based in America. We have the IMSA LMP2 team, we've run cars at Le Mans, we've won Asian Le Mans series. We're second in the championship right now in IMSA. What most people don't realise is that the core of the business is mostly the historic side. We have probably 30 to 40 historic race cars in the workshop. We look after and prepare the car for their owners. Quite often, because of my racing background, I get asked to drive them. We've just opened a workshop in England as well. Now we have both sides of the pond covered and I’m very happy to be here at the Revival with this thing. The historic racing scene in Europe is like nowhere else in the world. To be prevalent in historic racing, you have to be in the UK because the level the cars are run at far surpasses anywhere else in the world. 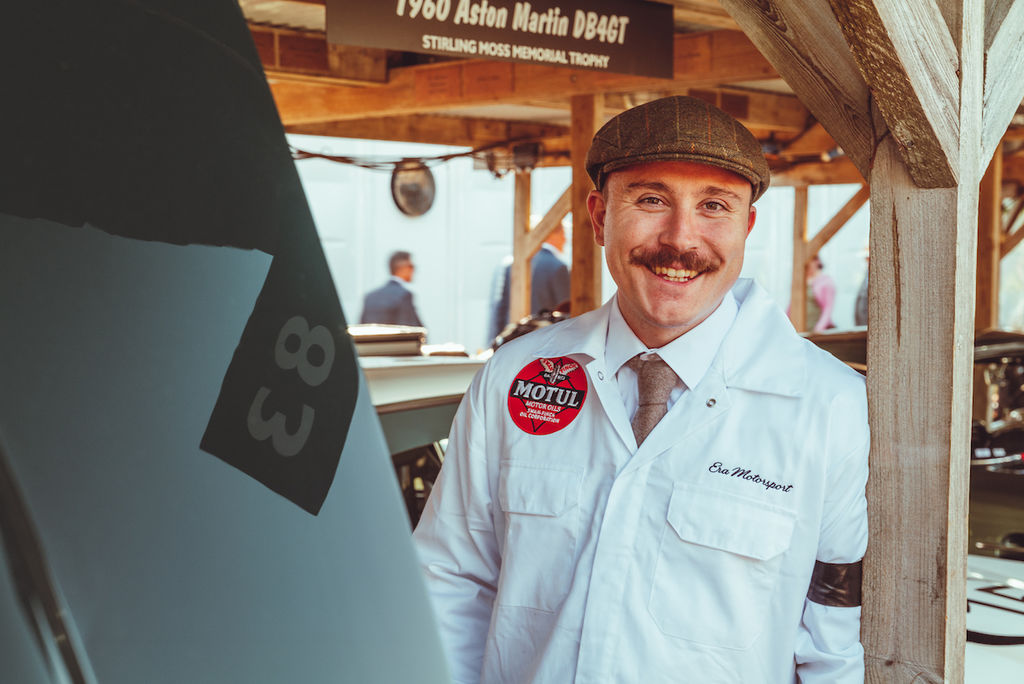