Road Atlanta was the host of the latest round of the 2022 IMSA WeatherTech SportsCar Championship, where BMW M Team RLL secured second in the GTD Pro category. With drivers Connor De Philippi, John Edwards and Jesse Krohn at the helm of the #25 BMW M4 GT3, we spoke to them after the race to find out what it’s like to race at Road Atlanta – and why striking the perfect balance between reliability and performance is key to success in endurance racing. 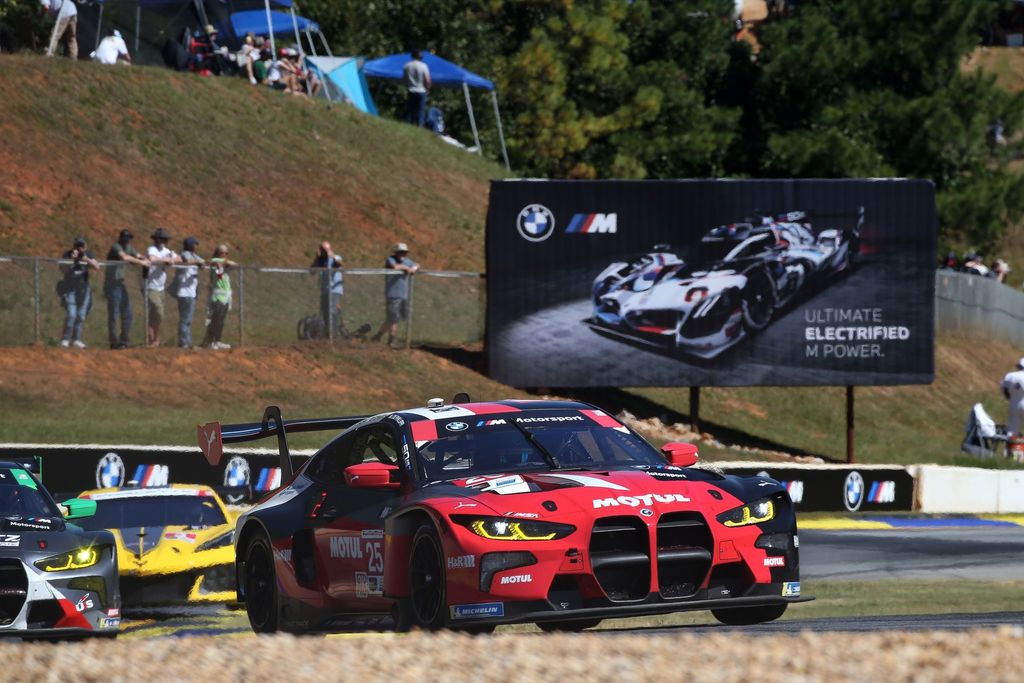 Road Atlanta is one of the world’s most celebrated tracks. What's it like to race at?

Jesse Krohn: This is a very special event. It’s a very high commitment track. You have to be on your game the whole race. You can’t relax a little bit. If you drive at 95% the lap time is not going to be there. It requires a lot of focus to get the lap time out of the car. It’s a tough event mentally and physically.

John Edwards: Atlanta is one of the most intense tracks we go to all year. The commitment you need at this place is very high and the fact that we're doing one of the longest races we do all year at such an intense track just adds to the pressure and the commitment. Turn one, going down towards the esses, is very high speed and it can all go wrong in in an instant if you lose focus.

Connor De Philippi: Road Atlanta is one of my favourite tracks of the year. There’s lots of elevation change, it’s very fast and there’s lots of high commitment corners. It's also one of the most exciting races because it starts in the day and ends in the night, which always provides the most action. It's also one of the most difficult to deal with the faster cars, the prototypes. The synergy and dynamic between the two is most difficult at this track because the speed difference is very high, and the visibility is quite low. But that's all part of the fun and the challenge and allows you as a driver to make up a little bit of difference in the race.

You put your trust in Motul 300V for your BMW M4 GT3. How important is it to find the balance between reliability and performance to finish this race?

Jesse Krohn: Reliability is the most important thing. If we don’t have reliability, we won’t finish the race and we’ll never be on the podium or win. Reliability is obviously number one. But equally without performance you can’t win the race. They’re equally important because you can’t have one without the other. So far, we seem to have good reliability with the car.

John Edwards: Well, in the old days, guys were driving cars very cautiously and carefully to make it last the distance in a long race like this. But these days it's flat out. It's important to make good decisions as a driver, avoid contact early on and try to get the car to the finish. You can race at the end of the event, but at the same time you're flat out, so the engine and the chassis needs to be able to run and give 100% performance for the entire 10 hours.

Connor De Philippi: Performance and reliability go hand in hand. If the performance isn't there, it's always going to be hard to win the race. And if the reliability isn't there, then clearly, you're not going to cross the finish line. At BMW, we're always trying to maximise both, because you want to have the highest performance over the entire race. If you're having performance loss throughout a race, you're obviously giving up potential to have more speed over the distance. We really focus on endurance here in this program and trying to extract the maximum performance over an entire stint, whether that be set up or the products that we use. Certainly, those two things go hand in hand, and one doesn't survive without the other. 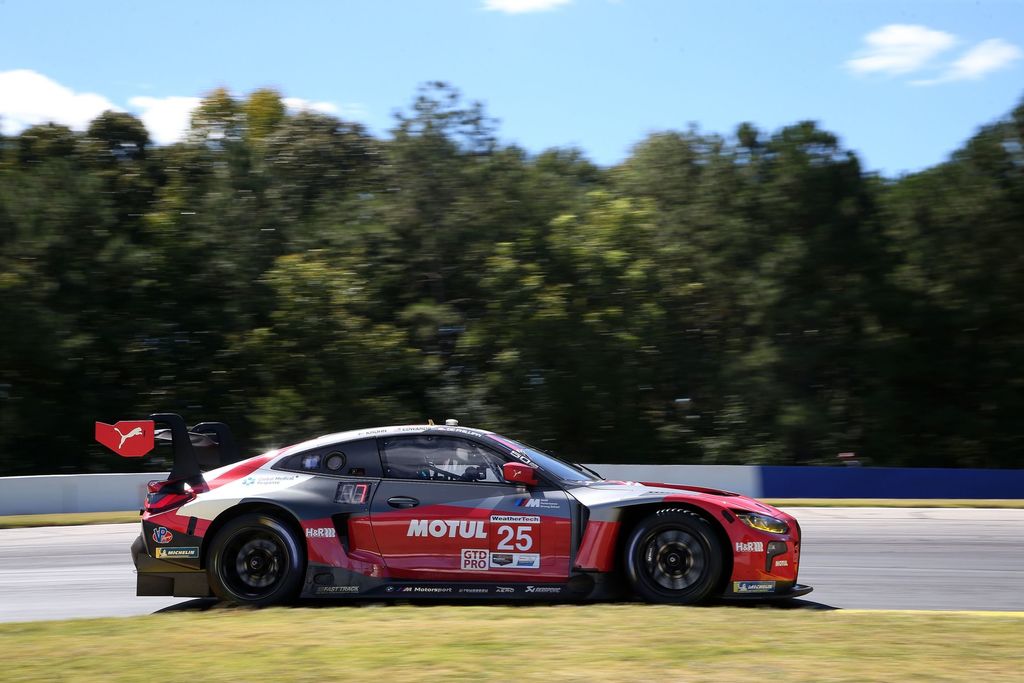 What’s your favourite part of the race?

Jesse Krohn: It depends on how the race is going. The start is always exciting. A lot of waiting comes down to the green flag flying, and then you’re off and you know it’s going to be a long race. You have to be clever about it. The middle part is where you always have to stay out of trouble. You have to make sure you don’t do anything silly and you’re there at the end, because that’s where it counts. If the race is going well and you’re fighting for a win or leading, then clearly that’s the best time when you’re crossing the finish line and all the hard work produces the result. So, if the race is going well, I’d say the last part of the race is the best.

John Edwards: The end has to be my favourite because, especially at a place like Road Atlanta or Sebring, the race finishes at night, so it's a very intense period. It's hard to see the traffic behind you with prototypes coming through and then you're obviously looking ahead with battles in your class. It's definitely the most pressure at the final stint, but it's also the most intense part of the race and I love it.

Connor De Philippi: I think pretty much everyone would say the end because that's when you want to be at the front fighting for the win. Being the end driver, you have the most responsibility. There's also the most rewards, so it's always the fun part of the race. I think the beginning is actually really fun because the stress level is usually pretty low, especially in that long race. There's a long way to go and everyone is usually being sensible. 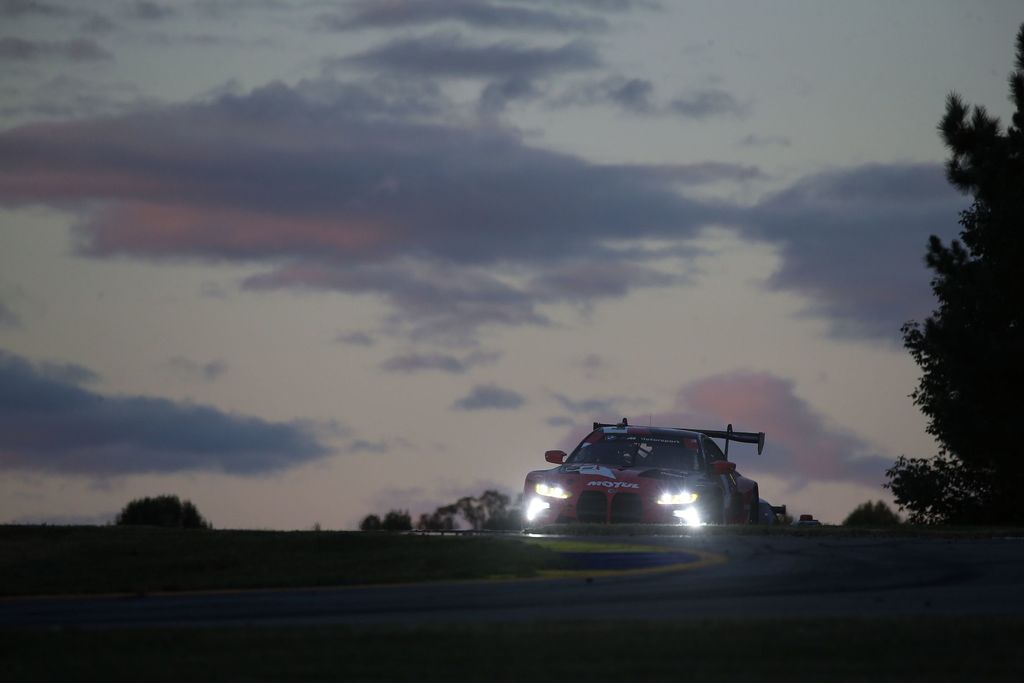