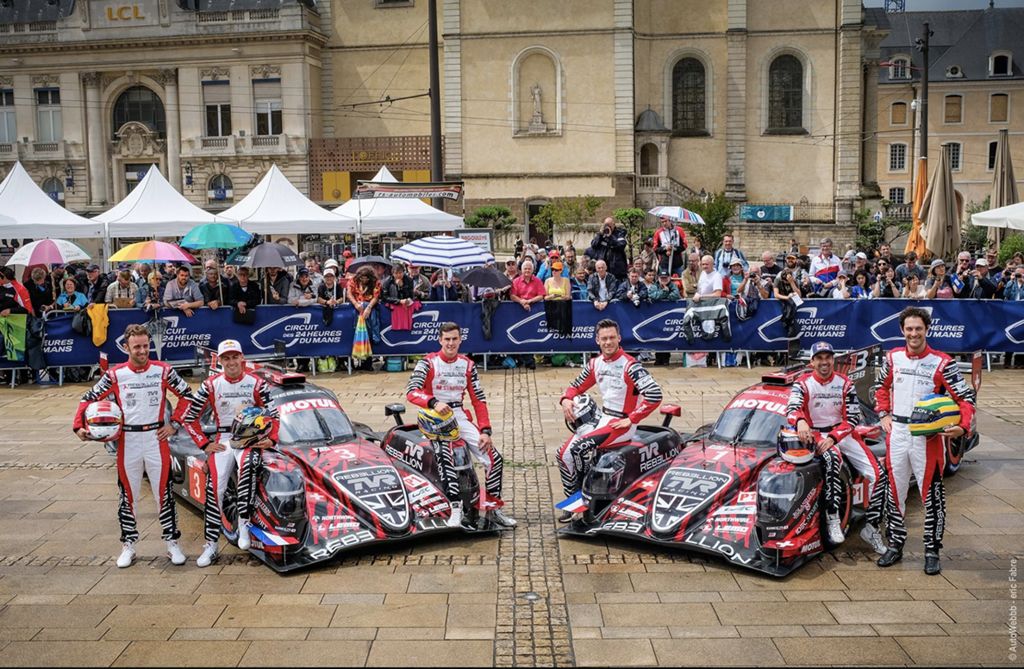 Endurance racing’s greatest event, the 24 Hours of Le Mans, is just days away and the stars of international motorsport are lining up with Motul to make this 86th edition a truly memorable one. This year’s French classic will take place on 16/17th June on the streets of Le Mans which form part of the Circuit des 24 Heures, and millions of motorsport fans will be following it.

As Official Lubricant Partner to the FIA WEC and the 24 Hours of Le Mans, Motul will be in action throughout the event. The 60 entries begin with practice and qualifying on Wednesday/Thursday 13/14th June, with the twice-round-the-clock event beginning at 15h00 on Saturday.

To the heart of the race with Motul

For 64 amazing years Motul has had a presence at La Sarthe, and in 2018 the famous red and white logo will be seen not just on the products used by teams, but all around the track, the town and on the grid.

For the second year, Motul will partner with race organizers, the Automobile Club de l’Ouest (ACO) to provide “Top Speed by Motul”, a screen showing which car and driver has been the fastest in each category each hour during the race.

For the first time at the 24 Hours for cars, Motul and the ACO will join forces to welcome a Motul Superfan who will enjoy a once in a lifetime experience, meeting drivers, flying over the racetrack in a helicopter, watching practice into teams’ garages…

Before the big event even begins, every single competitor will take part in the famous Drivers’ Parade through the streets in the centre of Le Mans the evening of Friday 15th June. Motul will be there with supercars from partners TVR and BAC Mono.

Motul will have a booth in the Village to entertain the huge numbers of public through the week with a giant screen broadcasting live streaming from the cockpit of one of the Rebellion R13s and from the pit box. This live video will also be broadcast on www.facebook.com/motul from Wednesday to Sunday during all free and qualifying practices as well as the race. Spectators will also be able to buy products from Motul additive and Lescot care lines.

Who is taking Motul on track?

The vibrantly-coloured Rebellion Racing entries for a start! Back in the top LMP1 category and taking the fight to the Toyota factory team will be the Swiss team with the all-star driver line up including former WEC champions André Lotterer, Neel Jani and Bruno Senna. Also in LMP1 will be the Franco-American DragonSpeed team.

LMP2 is numerically the strongest category and Motul is supporting no fewer than 8 of the 20 entries. In LMGTE Am, Singapore’s Clearwater Racing will be running a race-proven Ferrari 488 GTE – all 3 podium places filled by the marque last year.

With 9000 max engine RPM, 16h30 of racing at full-throttle and a running oil reaching 105°, a smooth, trouble-free run is key to success here. With the least amount of time possible spent in the pits, and drivers who can match the endurance and performance of their cars. Motul will be with them every lap ensuring reliability, durability and high performance.

Every entrant in LMP2, and Motul’s partners in LMP1, will use engines supplied by Gibson, a company with a well-established, successful relationship with Motul. These engines will benefit from the years of endurance racing experience which Motul’s technicians have accumulated, with that expertise going into a special prototype oil in LMP1, and 300V engine oil in LMP2 and GTE, and finally in the 8100 lubricants used in production cars in everyday use. There can be no weak links in endurance racing, and Motul has traditionally used its involvement in the discipline as a key part of its technical development programmes with enormous success…17 victories to date. Will there be another this year? If you can’t be there in person, stay tuned to Motul’s Social Media pages to find out!