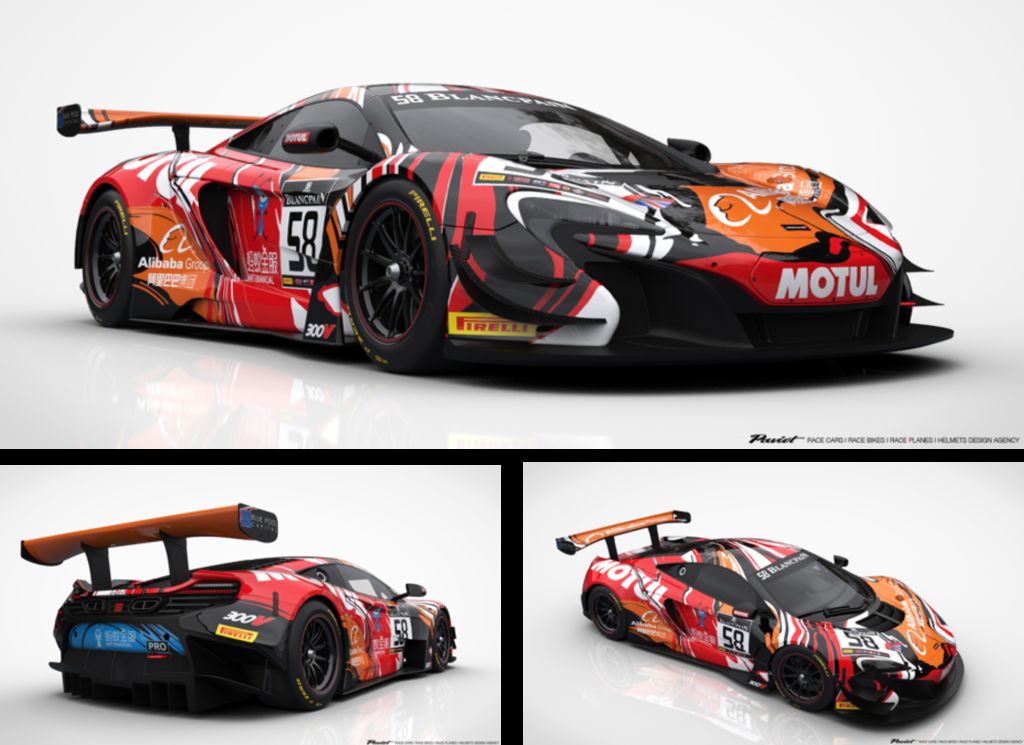 Just as Motul has done for 165 years in the world of lubricants, McLaren has over the last half century been a motorsport pioneer and set benchmarks on racetracks around the world.  Now, in this pioneering spirit, Motul and McLaren GT have collaborated for the launch of a stunning new livery design concept – “Ki’Win”.

Since 2016, Motul and McLaren GT - the division of the company set up to develop, build and support its GT race activities - have been linked, with Motul as official lubricant partner to the manufacturer.

The prestigious McLaren GT cars use the Motul Motorsport Line of products which includes 300V engine oil, ideal for use with the McLaren’s V8 Twin Turbo power plant.  Also available to competitors are Motul’s Gear Competition 75w140 gearbox oil and RBF 660 brake fluid – all of which have been proved in competition the world over.

McLaren GT has a range of models for different types of competition and track use, the 570S GT4, 650S and 570S Sprint models plus of course the 650S GT3 which has won races in every championship in which it has entered including the 2016 Blancpain GT Series Endurance Cup title.

Just ahead of the opening round of the 2018 edition of that last championship, in which there will be two McLaren 650S GT3s racing, a stunning new livery has been revealed for them which wholly reflects the relationship between McLaren GT and Motul.

The new design is by Adrien Paviot, the well-known and highly sought-after Frenchman who has put his design mark on racers in F1 (helmets for Romain Grosjean and Max Verstappen), record-breaking cars (Dakar and Pikes Peak among others), and in the air (Red Bull Air Race).

Named “Ki’Win”, the concept for the design came to Paviot after many hours of looking at pictures of used motor oils, specifically Motul’s celebrated competition oil, 300V.

The designer explains further, “I wanted a very special link between Motul and the livery so I decided to find some close-up shots of how 300V oil looks on an engine piston and from that I created this very modern pattern. The Ki’Win name is a tribute to Bruce McLaren, a Kiwi, and ‘Win’ as a tribute to the success story of McLaren.”

The beautiful lines of the McLaren 650S GT3 lend themselves particularly well to the new design, which uses the corporate racing colours of McLaren GT and Motul’s iconic red and white which is prominently displayed on the nose and flanks of the car.