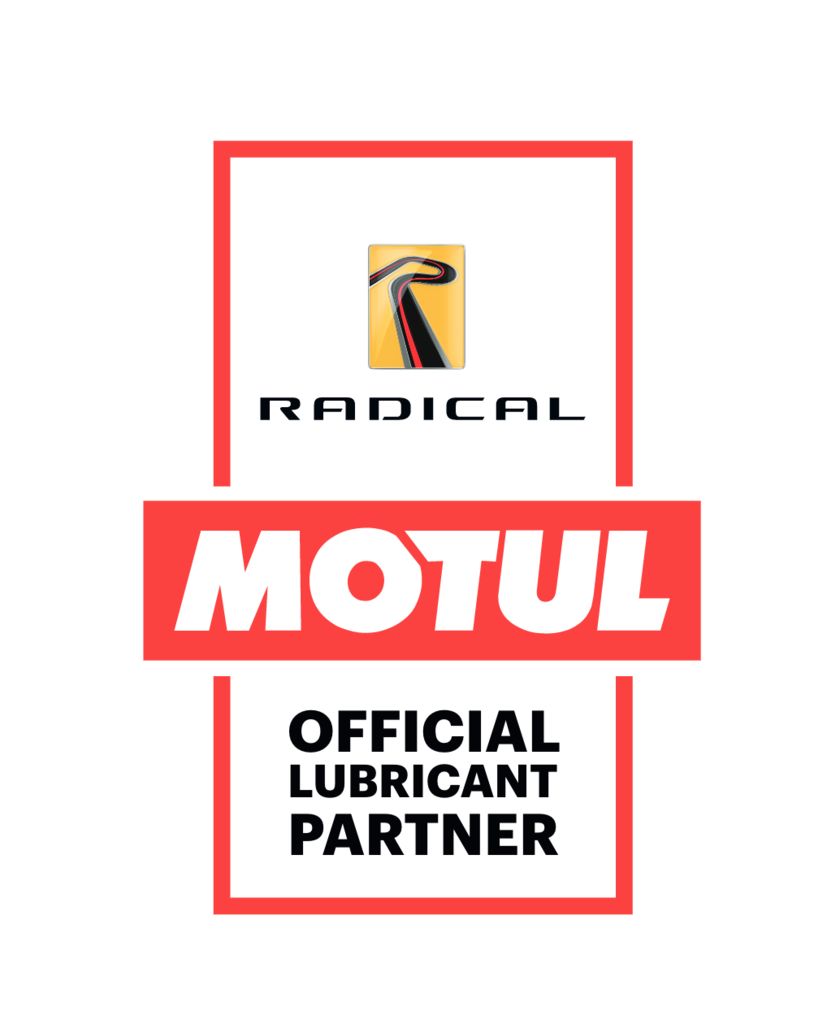 Motul is joining forces with one of the most successful sportscar racing companies of recent years, Radical, to become the manufacturer’s official lubricant partner, with its products to be used in all of Radical’s models and championships.

The agreement begins from 1st January 2018 and has been announced today at the internationally renowned Autosport International Show in Birmingham, UK.

Motul and Radical, which has sold over 2,000 cars in its 20-year history, are both premium and performance-led brands with recognized competition success across the world. The new partnership between these well-known and respected names in the motorsport industry is guaranteed to enhance the development and exposure of both brands within their respective global markets.

So, what works in Radical’s cars? Motul lubricants of course! These will become standard OEM and aftermarket fitment for all Radical models, SR1, SR3, SR8, RXC (Spyder, 600R, GT3, GT - Road), and will be available from the British company’s HQ, trackside and through its network of 30 distributors across four continents.

Radical is proud to produce cars with incredible performance at a realistic price, and they are aimed not just at the discerning club racer but also track-day enthusiasts and amateur racers. Two different powertrains are offered, depending on the model, and Motul’S 300V Power 5W40 will be available for Ford engines, 300V FL 4T 15W50 for Suzuki engines, plus Gear 300 LS 75W90, RBF 660 and Inugel Optimal for all models.

Following a 12-month period of testing in a variety of conditions and climates, using Motul’s uniquely dedicated range of motorsport products, Radical soon recognized the potential advantages and benefits of developing a formal Technical Relationship with Motul. This was in part helped by the connection both Motul and Radical have with Suzuki GB.

Synergies were soon identified, and a partnership began to flourish for the mutual benefit of both parties, offering customers a consistent level of support and service and providing them with the products, reliability and performance required to succeed in the highly-competitive motorsport arena.

Nigel Land, Radical Sales & Marketing Director: “We are delighted to welcome Motul as our first global lubricants partner. At the forefront of motorsport, they continually push the performance boundaries. Recognised and respected the world over, they are a natural choice and perfect fit to partner Radical in our 21st year and beyond.”

Romain Fabre, Motul Head, Center of Excellence Market: “Innovative and Unique. Radical is one of these very few companies sharing Motul values, building bridges between the automotive and the motorcycle worlds, and committing to ambitious growth plans whilst remaining true to their core values. We are very pleased to be the first Lubricants Partner for Radical.”

Radical is one of the most prolific sportscar manufacturers in the world, with 2,000 market-leading race, track-day and road-going cars produced in the past two decades from its Peterborough (UK) base.

Entering its third decade, the Radical stable includes the 175bhp SR1, the most successful prototype-style sportscar racer in the world, with over 1100 produced – the 225bhp SR3, the record-breaking 405bhp SR8, plus the RXC Spyder, RXC 600R and 500bhp RXC GT3.

Radical championships have helped lay the career foundations for scores of drivers who have gone on to feature in the highest echelons of enduring racing, with 17 Radical UK graduates competing in the 2017 24 Hours of Le Mans alone. Such names include Alex Brundle, Sir Chris Hoy, Colin Noble Jnr and Dean Stoneman.

04.03.2021
Cookies help us deliver our services. By using our services, you agree to our use of cookies. Learn more