A couple of weeks ago, Motul’s head of brand, Romain Grabowski, set out on the adventure of a lifetime. A dream that was 40 years in the making. Retracing his father’s footsteps in a Lada Niva, he entered the 2022 Dakar Classic to pay respect to his dad’s achievements in the 1980s in a similar car. We caught up with him as he arrived back from Saudi Arabia to find out how it went, and if he would do it again. 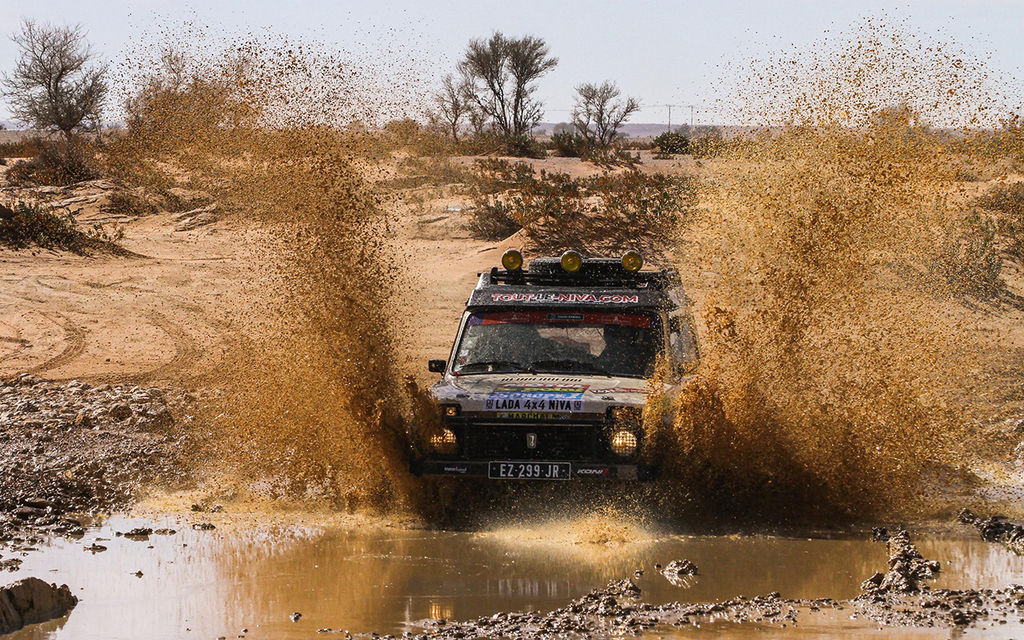 How was your first Dakar as a competitor, Romain?

It’s difficult to find the words. It was an amazing experience from the first day to the very last. It was all the more poignant for me. I have dreamed about the Dakar for almost my entire life and I have a personal connection with it as my father previously took part. It was exceptional and I think the recipe for the Dakar Classic is simply magic. For a reasonable amount of money and a very simple car, in my case a Lada Niva, you can attend the Dakar and share almost the same experience with the professional drivers. It’s pretty unique. For instance, a few metres from our tent in the bivouac was Sebastian Loeb. It’s crazy. It’s like going to Formula One with a normal car, and parking next to Lewis Hamilton. 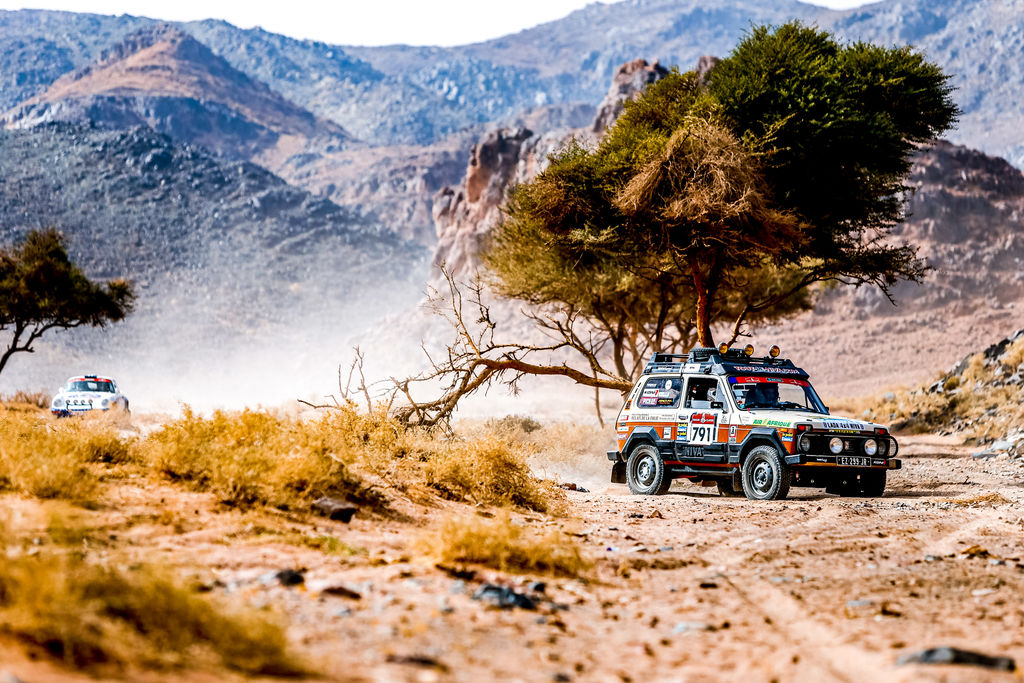 How did the car perform during those two weeks?

Before joining, I didn’t know about our level of preparation. We spent hours working on the car and I knew for sure that we did the right amount of training for the co-pilot, Constance. But before arriving at the bivouac, I had no idea if we did enough. There were four other Lada Nivas, and we think ours was the one that was best prepared. We had a lot of spare parts and brought our mechanic to work on it if needed. In the end, we were well prepared, and due to this we had very few issues and we crossed the finish line. We accomplished 100% of the stages and always managed by ourselves to join the next bivouac, which isn’t always the case for all cars. The only mistake we made, and discovered on site, is that we forgot to reinforce the supports for the shock absorbers. Because the shocks were new, they were a bit stronger than usual, and due to this after two stages we started to see that the fixings for the shocks were destroyed. We were forced to go back to the bivouac and replace them. 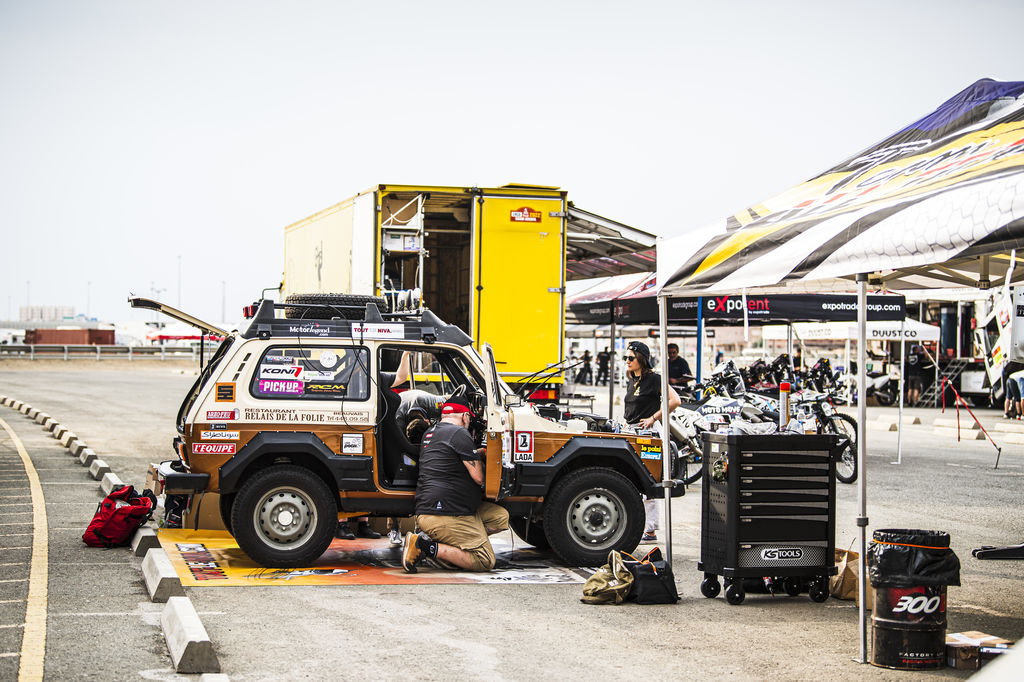 If you were to do the Dakar again, what other changes would you make?

I think we were missing a bit of horsepower. Even though it was a regularity event and not full speed, there were three different types of average speed we could choose. As we had a stock engine, we chose the slower average, but even that was too fast for us. So, I would try and find more power if we did it again. 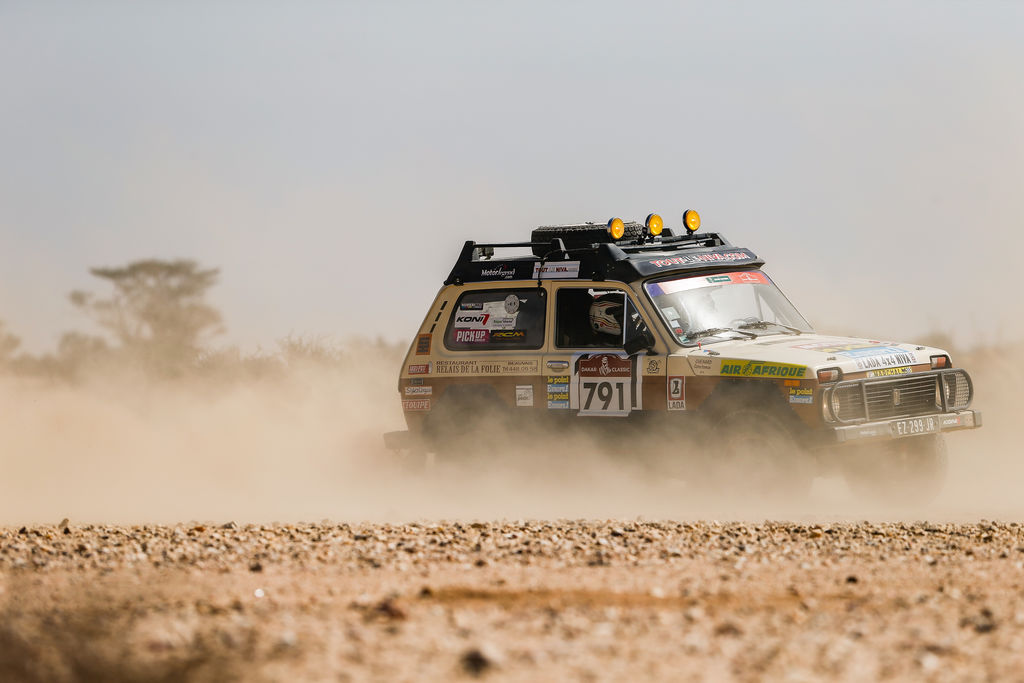 What were some of your favourite moments at the Dakar?

Crossing the finish line of the very final stage was very emotional. It was a dream come true. It took a year to prepare for it and the past two months it took up 100% of our free time. Then we were on site for three weeks. Another moment that stood out was when we left one stage, we departed two minutes after another Lada Niva and within 20 minutes we could see them in front of us and finally we managed to fight with them in the soft dunes, eventually overtaking them. Another moment was that my girlfriend Constance joined me as a co-driver. And after a couple of days, she told me she loved it! One more standout moment was when we were on the road between stages, and Sebastian Loeb flew past, followed by Nassar Al-Attiyah, who then slowed down for a selfie with his Toyota and our Niva. 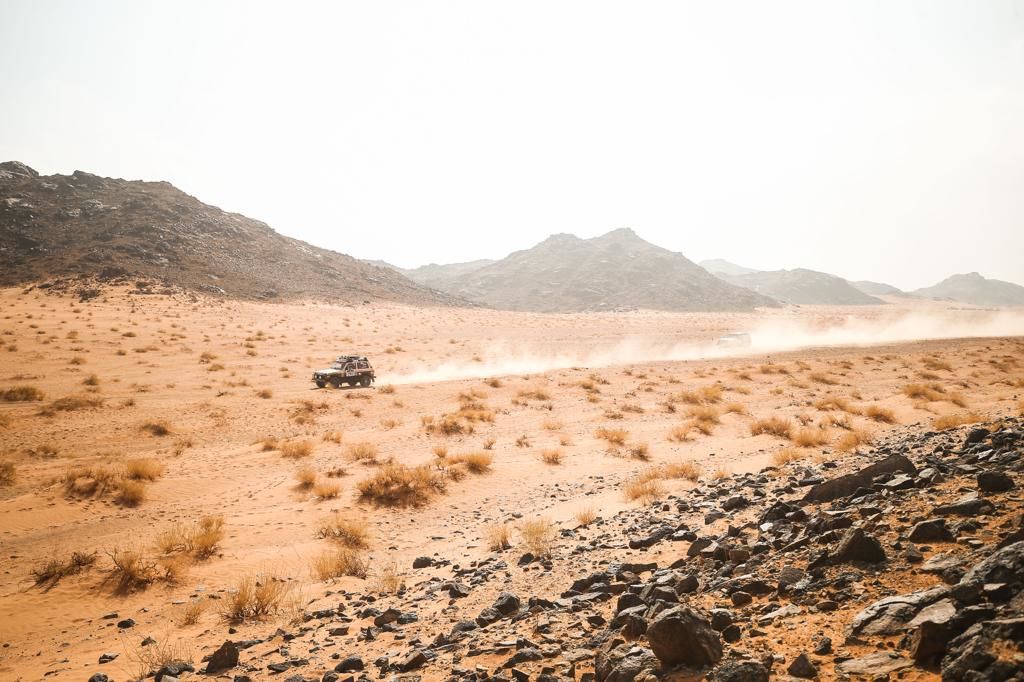 You work for Motul. Did you make use of the Motul Racing Lab?

Yes, we tested once and at the end the oil was absolutely perfect. We were planning to do two oil changes, but due to the results of the analysis, we only did one. And we didn’t change anything – the gearbox or the differential. It was all absolutely fine. 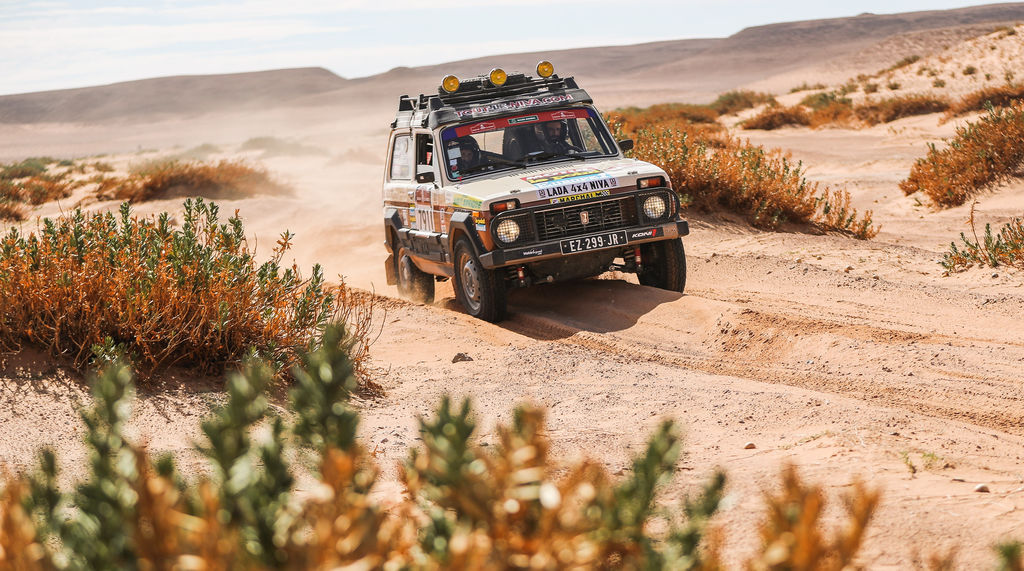 It sounds like your car coped well in extremely tough conditions

Yeah, it did. We covered 8,000kms, so it’s about six months of driving. It was very tough conditions. I was pushing the car everywhere. It’s especially tough on the gearbox, because when you have a small stock engine, the only way you can be fast and cross the soft sand is to change gear every few seconds. On average, we had 300kms of stages per day, so that was five hours of constant gear changes. If you don’t use a good gearbox oil that can cope with this and also the temperatures, I am convinced the gearbox would be broken after two days. 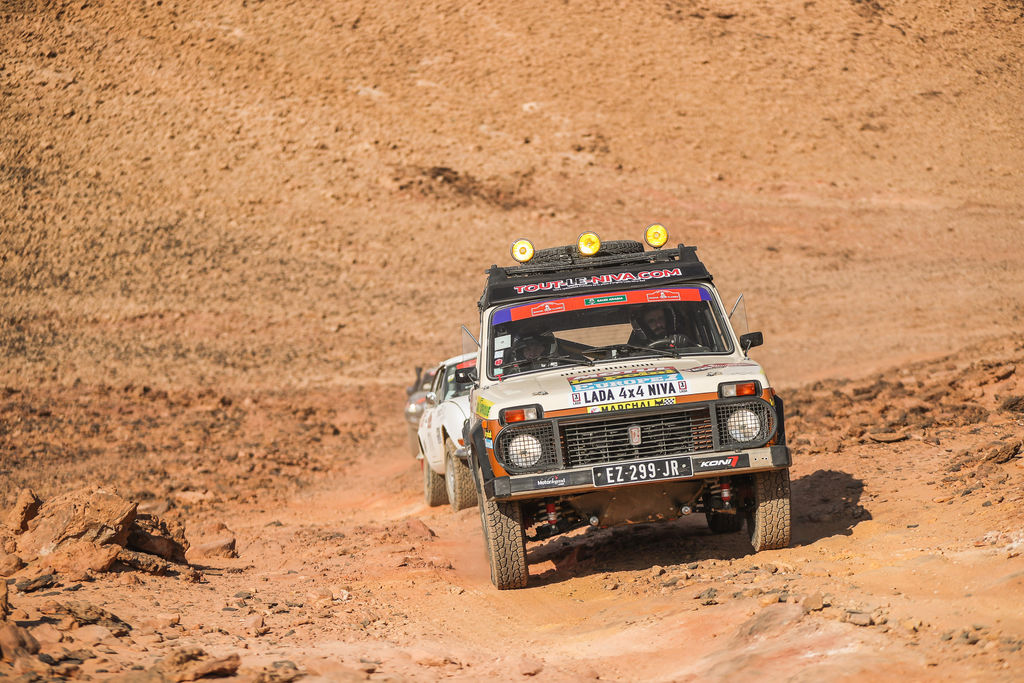 Would you do it again?

[Laughs] I’m thinking about it. I first need to sit down and recover and see how much work the car needs. I can’t say yes or no at this stage, but I do dream of going back. It’s a question of whether to do this or do something else. It’s difficult to also do other events when this is a personal project, and it takes up so much time. 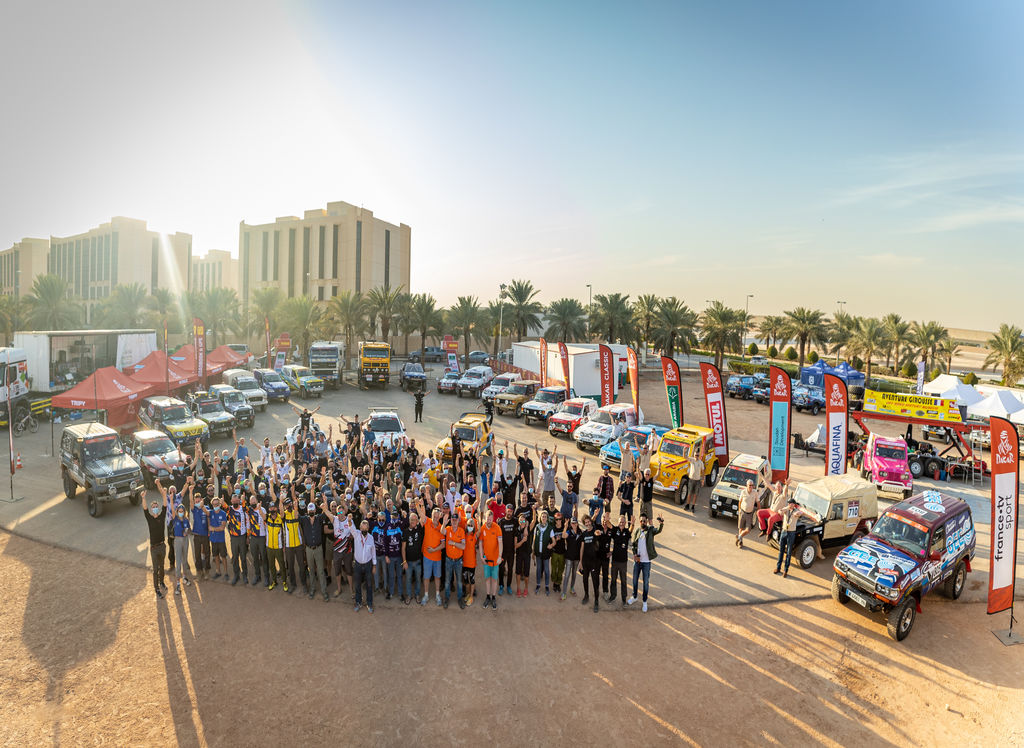 Will you ever sell the Niva? 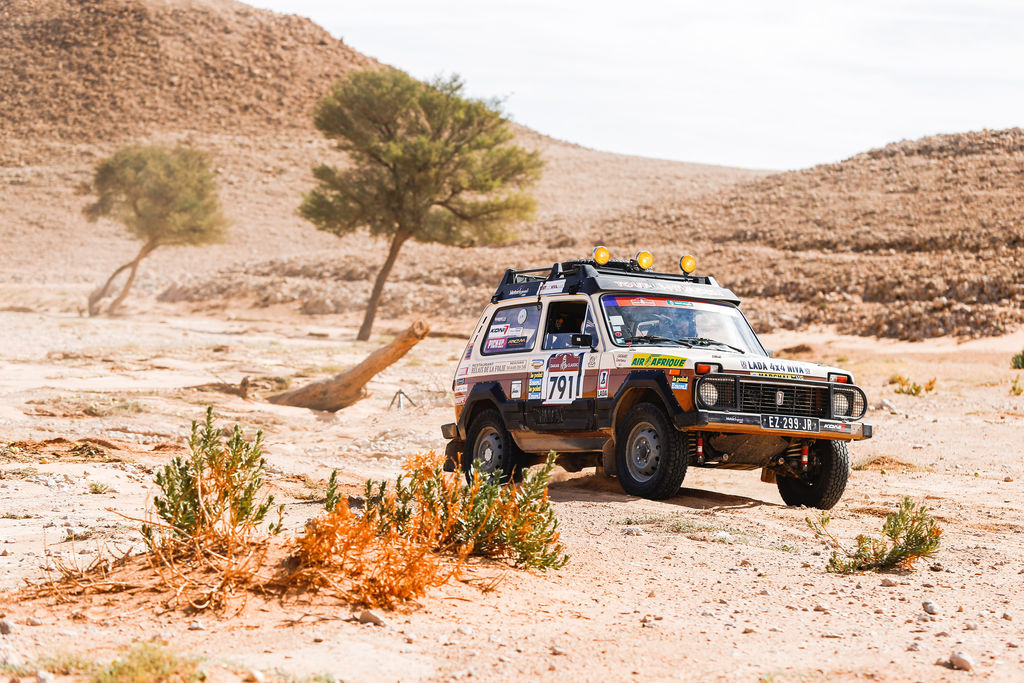