Rock crawling. It’s off-roading that’s off the scale. Popular in the United States, it involves custom-built machines negotiating ground so inhospitable you wouldn’t even want to walk on it. Husband and wife rock crawling duo, Brian and Laurie Gray from Motul-backed Team Chaos Racing, introduce us to the sport. 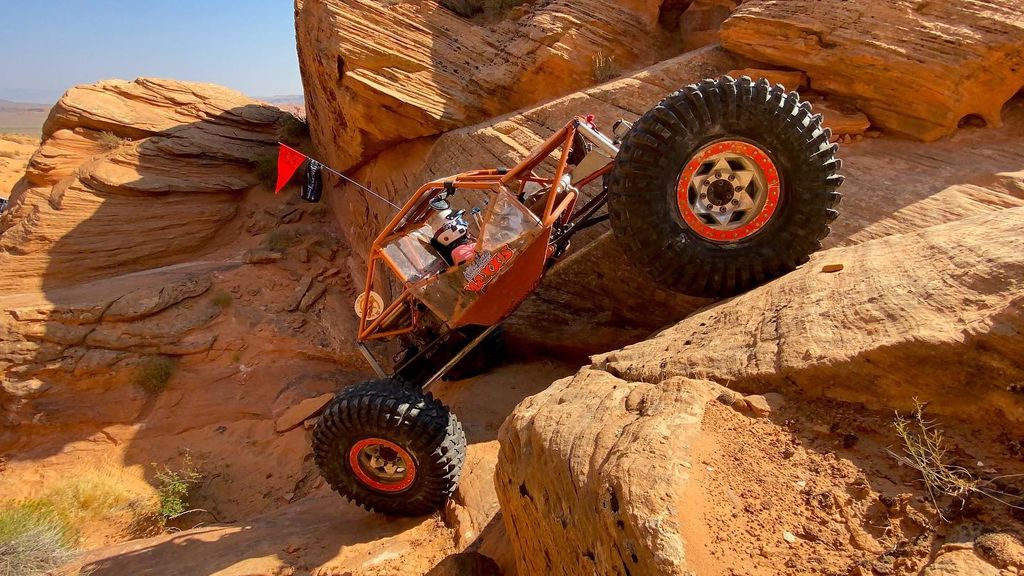 Is rock crawling your main job or a hobby?

[Laurie] It's definitely a hobby. What I always tell people is we're high tech rednecks. By day, we work as tech consultants. But the WEROCK Rock Crawling Series is considered a professional series. We do a lot of traveling around the US. In fact, we've pretty much competed from coast to coast. We were also invited to compete in Japan in 2019, but we weren't able to make the logistics work. So, competing internationally remains on the list of things to do.

How did you get into rock crawling?

[Brian] Well, off-roading, in general, started for me when I left high school and joined the military. Obviously, with that, I was involved with Jeeps and big trucks. So, it was an introduction to mild off-roading. And then that transitioned over to purchasing Jeeps and doing more off-roading. I've been doing it for more than 30 years now, and Laurie’s been driving off-road for about 20 years. 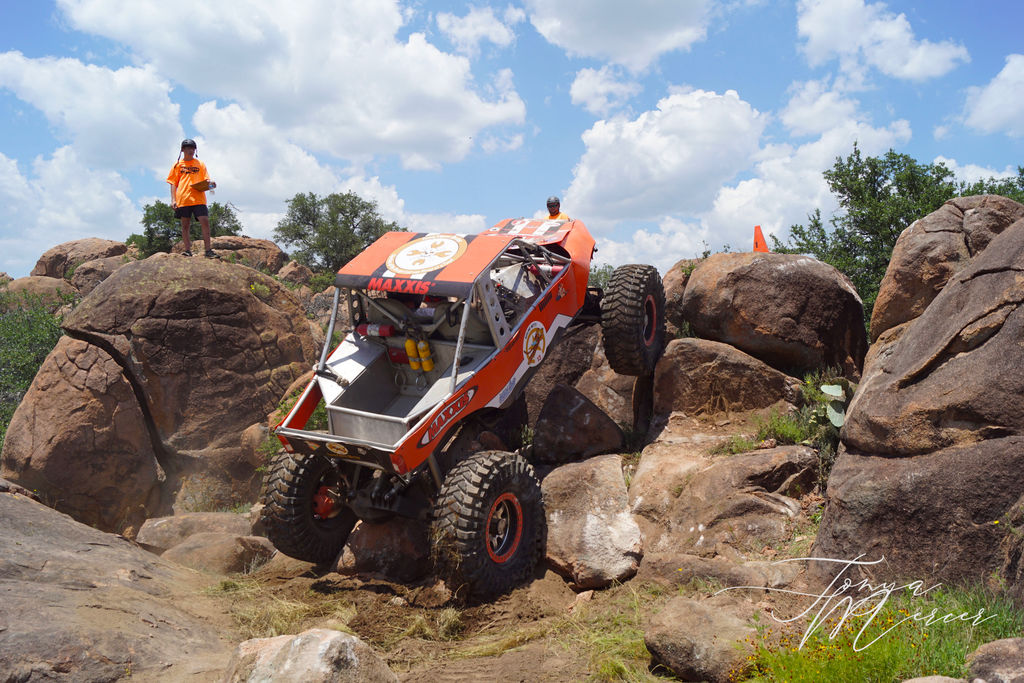 Do you both compete as drivers in rock crawling?

[Laurie] This is my seventh season driving in rock crawling. I would do it recreationally on the weekends. And I was always in the passenger seat. Once, when we were in North Carolina traveling on some really great trails, I remember looking down the side of the mountain and thinking “this is crazy – I think I'd much rather be driving than sitting this close to the edge”. So, I got my first Jeep in 2008 and started learning to drive. A few years later we traded it for a buggy. It was at that point that I began competing. I'm now two buggies beyond that original one. Brian's got an equally capable buggy, with a slightly different configuration.

[Brian] Seven years ago, we touted ourselves as a husband and wife rock crawling team. We’re now the number one husband and wife team in the US [laughs]. And Laurie is the number one US female driver. She started off with spotting: you have a driver and a spotter. The spotter helps navigate to get the driver successfully through the course. And then she transitioned into eventually driving a few years later. 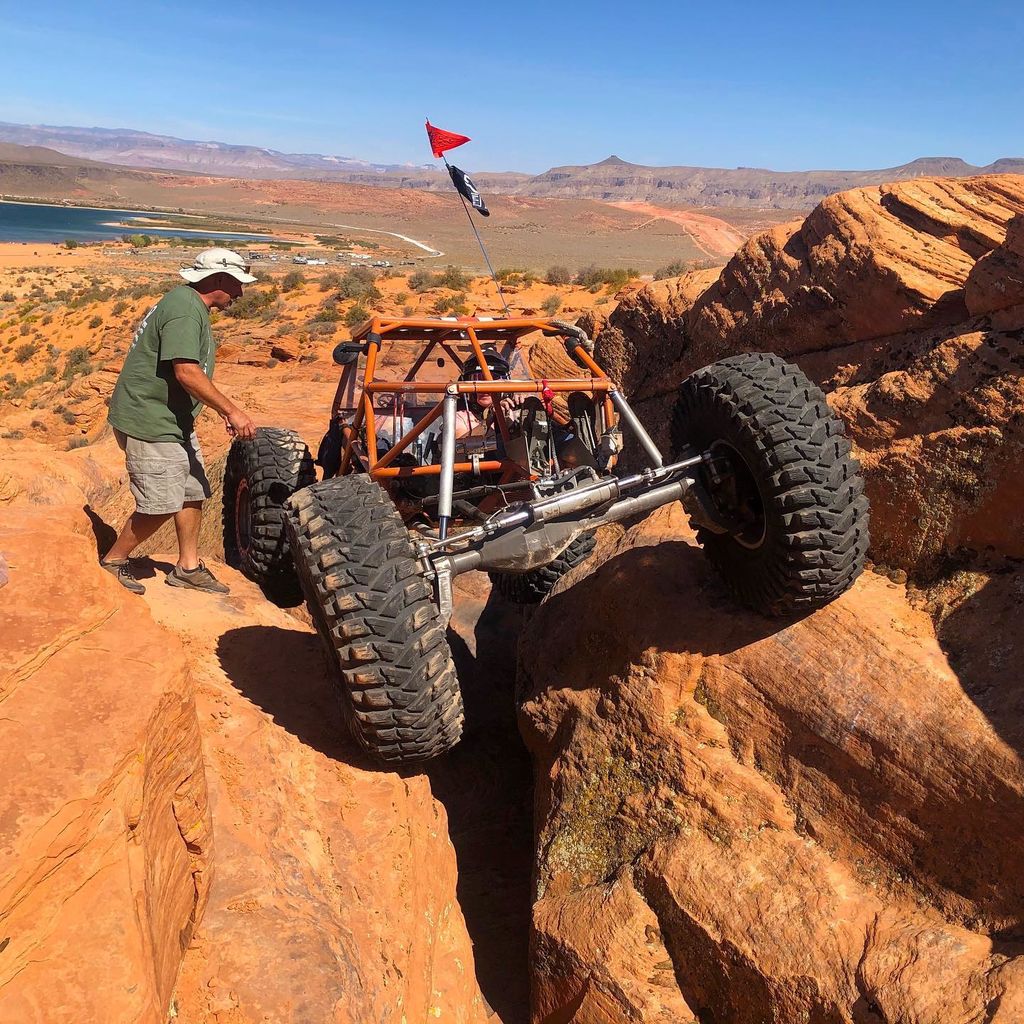 So, you compete against each other now?

[Brian] Laurie and I are on the same driver skill level but compete in different car configurations. The difference between Laurie's class and my class is her classes are considered unlimited. So pretty much anything goes, and you can throw as much money as you can into the car, like rear steer, the size of the tyres, and so on. My class is a little different. It’s more like a NASCAR racing series and resemble a real truck. My car has to have two seats, whereas her’s can have one. It has to be front-engine, and so on. 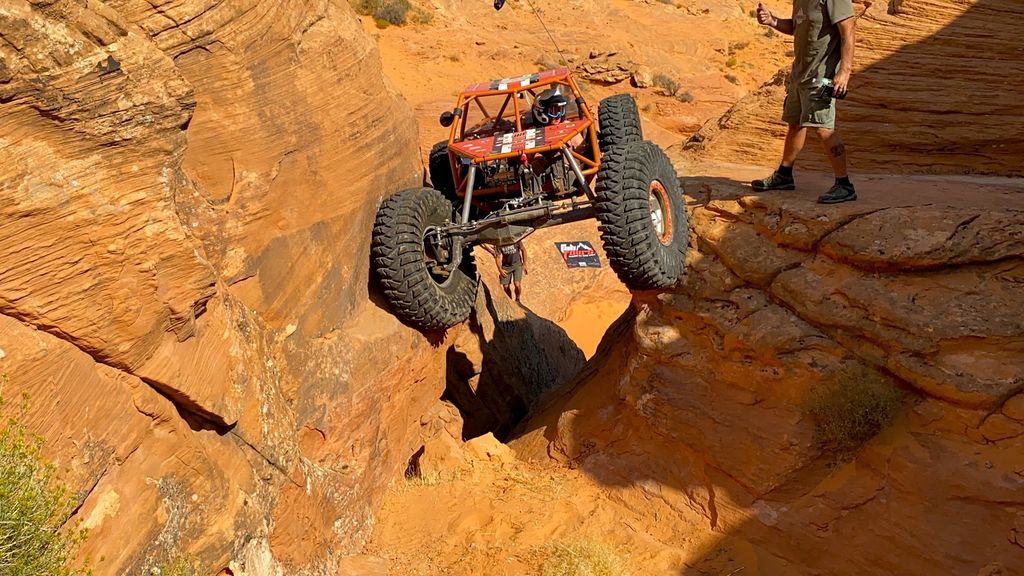 No, and we've mentioned Jeeps and other off-road vehicles but what we do is far more extreme than what they could handle. Ours are purpose-built. I always say they're like Mad Max machines. They're built from the ground up, designed and engineered for the right centre of gravity, the right articulation, etc. So, people who think they can do what we do with their regular off-roaders, I say there's just no way you can do it. You risk damaging your vehicle, and worse, possibly injuring yourself. We want to make sure that people are well educated and safe. 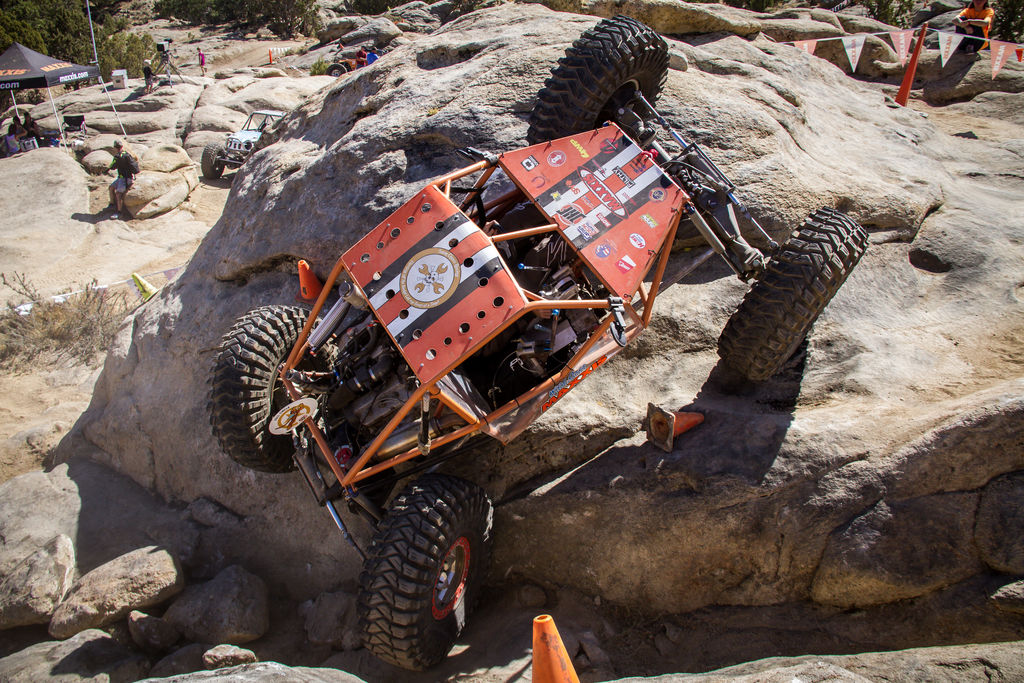 Could you tell us more about your partnership with Motul? what kind of difference does Motul’s lubricants make to rock crawling?

[Laurie] We're very selective in our marketing partners, and our sponsors. We have to believe and use the products. Rock crawling is incredibly tough mechanically. If you can imagine driving a vehicle up a wall that’s five or six feet tall. At this point, the lubricants in the system become critical. Steering is one of those things that heats up a lot quicker than a lot of things. So, you have to have a good fluid in there to anticipate the heat and take that kind of abuse.

[Brian] When you’re crawling up stuff it’s low speed, but we have a crawl ratio of 121. That means the motor turns 121 times and the tyre turns once. That gives you an idea of how hard the motor is working. 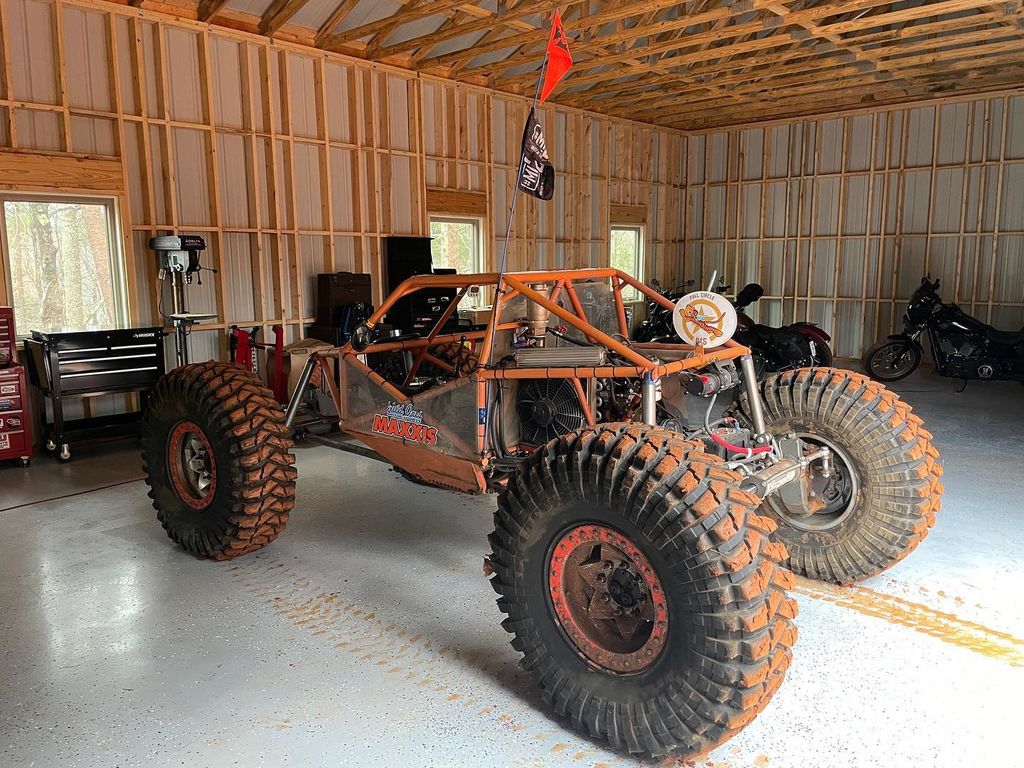 Mathieu Baumel: “Using Motul is a form of insurance”

GEORGY CHIVCHYAN: "ORGANISING ZIMKHANA WAS A CHALLENGE, BUT WE’RE HAPPY WE DID IT"