In the 2022 edition of the 24 Hours of Le Mans, the British-based team Jota Sport pulled off a one-two, making it their ninth consecutive podium spot in nine years. Roberto González, António Félix da Costa and Will Stevens claimed the top step on the LMP2 podium at the 90th running of Le Mans by delivering a flawless race at the wheel of the #38 ORECA 07. Jota placed its second Oreca 07 on the podium thanks to Oliver Rasmussen, Jonathan Aberdein and Ed Jones. 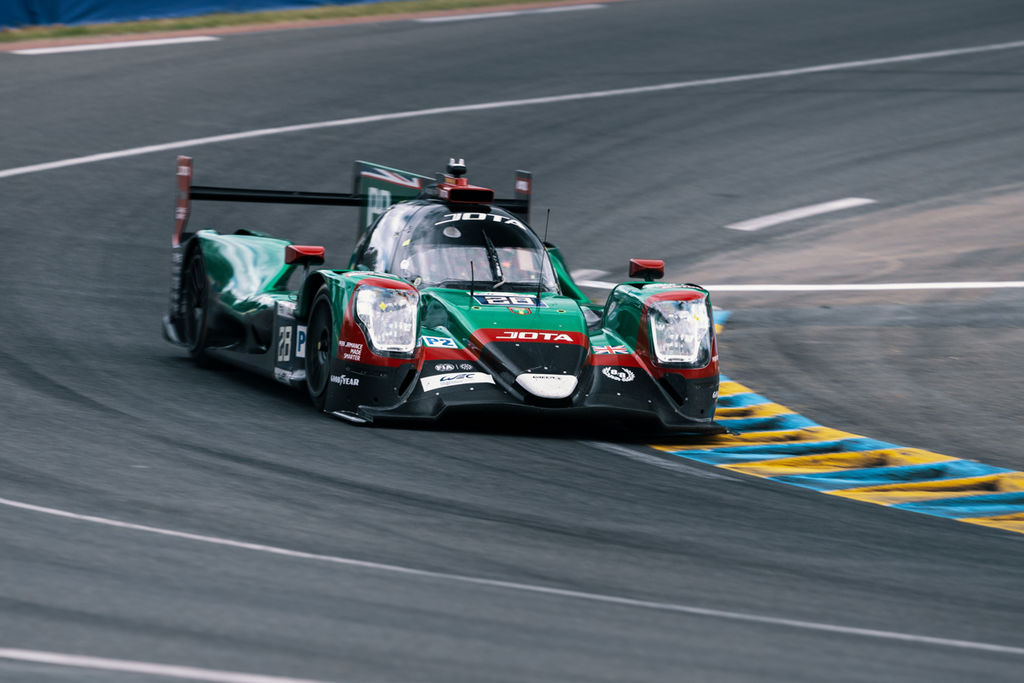 Jota Sport was unbeatable in LMP2...

Despite having a starting grid of 27 cars at the start of the 2022 Le Mans 24 Hours and 26 under the chequered flag. Once again, the LMP2 cars remained reliable, whether they were slowed down by the regulations or not. Jota dominated the proceedings even if the gap to the competition was never very large. Will Stevens, Ricardo Gonzalez and Antonio Felix da Costa led the #38. The team led by Sam Hignett was able to regain the top step of the podium, one year after the second place.

The 2022 edition was surprisingly calm, interrupted by only one safety car deployment, but still highly contested particularly in the LMP2 class. At the forefront from the start after taking advantage of a penalty incurred by Team WRT’s #31 ORECA 07, Jota’s #38 went alone for the win almost the entire race. Jota’s sister car rounded out the top 3 in the LMP2 class. Having battled fiercely throughout the race, drivers Oliver Rasmussen, Edward Jones and Jonathan Aberdein can be proud of their showing. 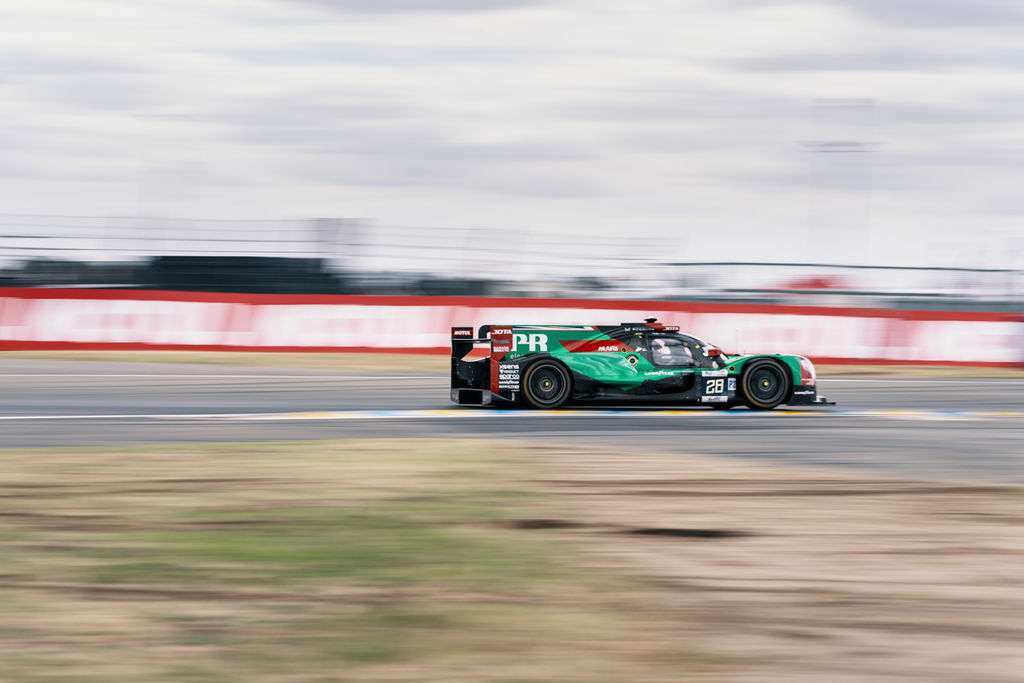 Jota Sport: the secret of winning is in the details

In terms of chassis tuning and creating an advantage against the competition, former chief mechanic Paul Willet revealed after earlier wins some details you don’t often hear. Jota Sport uses a sophisticated way of math and engineering to predict the car’s performance, even before the car has seen a racetrack. Jota’s engineers test and test again the setup in their tailormade racing simulator. Once the engineers are satisfied the car is 95% ready and the remaining 5% of improvement and chassis finetuning is being done at the testing days on track. Quite obviously, in terms of engine reliability, the Gibson motor relies on Motul 300V performance oil 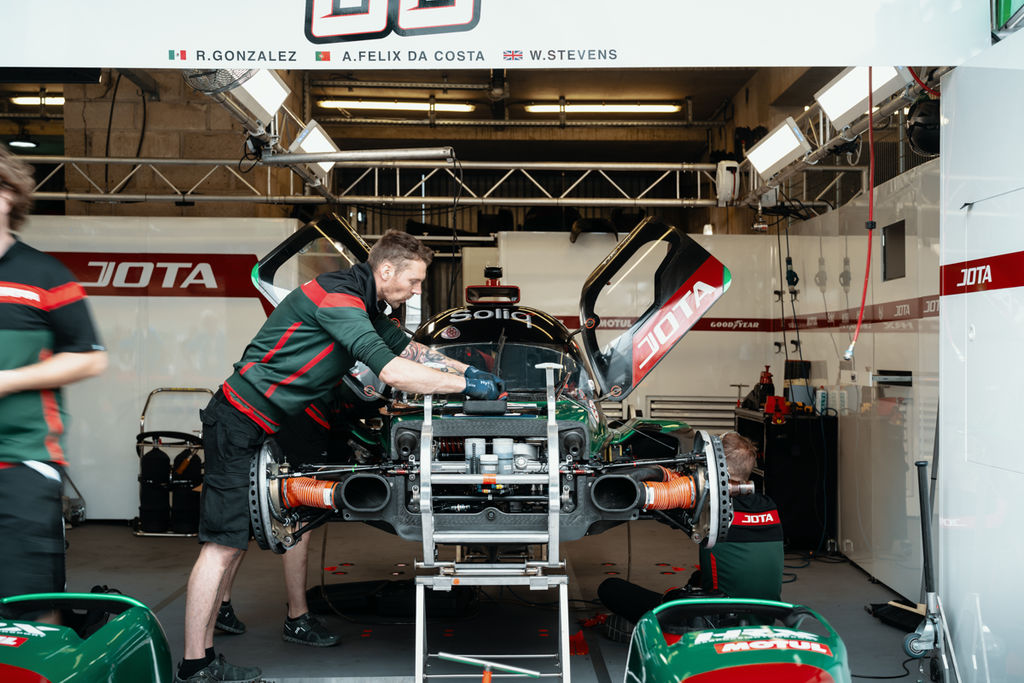 All LMP2 cars run the Gibson GK428 4.2-litre engine, which produces 600bhp and is lubricated exclusively with Motul 300V. As a lifelong partner, Motul is involved in the highest level of engineering with Gibson Technology. Not only are the engines lubricated with Motul 300V, but also the machines at Gibson Engineering that are used to drill and create all LMP2 engines are also lubricated with Motul’s industrial oils and greases. Motul is very proud to play a crucial role in terms of engine reliability, efficient lubrication of the engine, even at peak performances for longer periods of time such as in an endurance race as Le Mans. Motul’s longevity characteristics cannot be confirmed better than in an endurance race which lasts 24 hours. 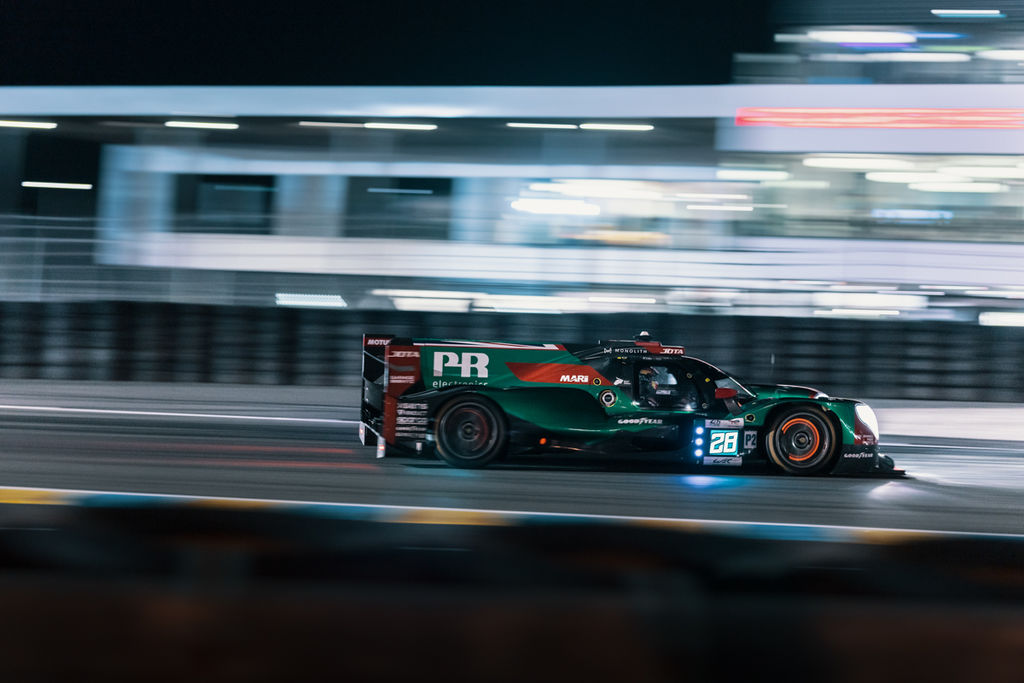 The LMP2 class, which Jota Sport is successfully participating in, has played a pivotal role on the endurance racing scene. It has proven to be hugely successful since its last overhaul in 2017. However, the rulebook is set to be updated in 2025. The LMP2 chassis will be supplied by the same four constructors who are currently involved in the LMDh class: Dallara, Ligier, Multimatic and Oreca (Jota Sports’s chassis).

The future GT category will come into force a year earlier and will be based on the existing FIA GT3 technical platform. Given the number of homologated cars and the variety of brands involved, GT3 currently is the most successful FIA customer racing category worldwide and is well suited to the requirements of gentlemen drivers. The technical regulations were defined in consultation with the teams, with cost control being central. 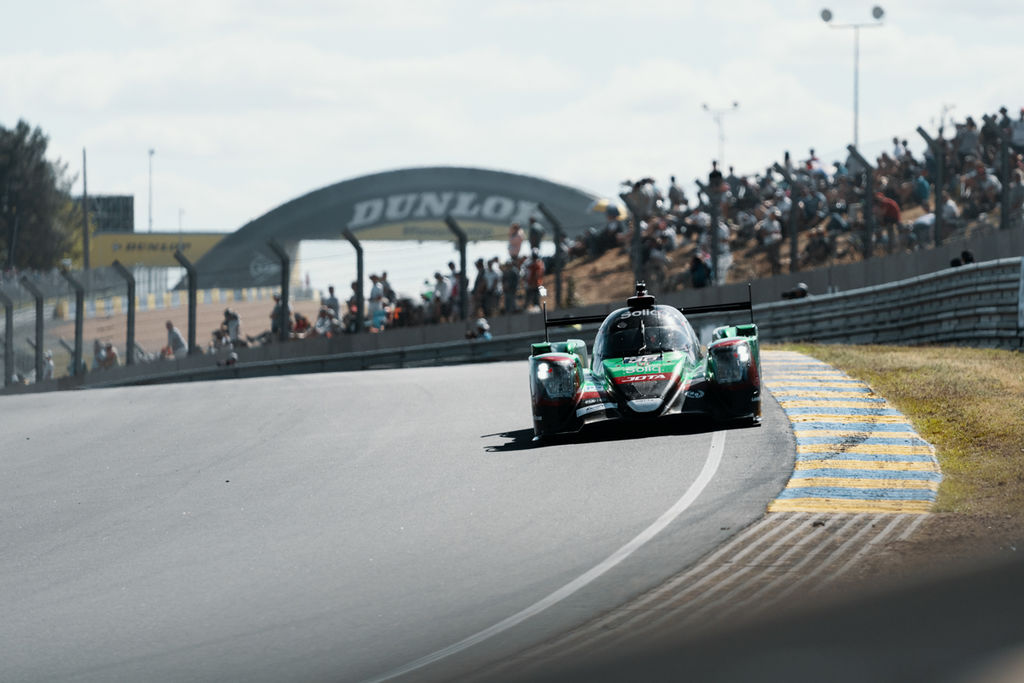