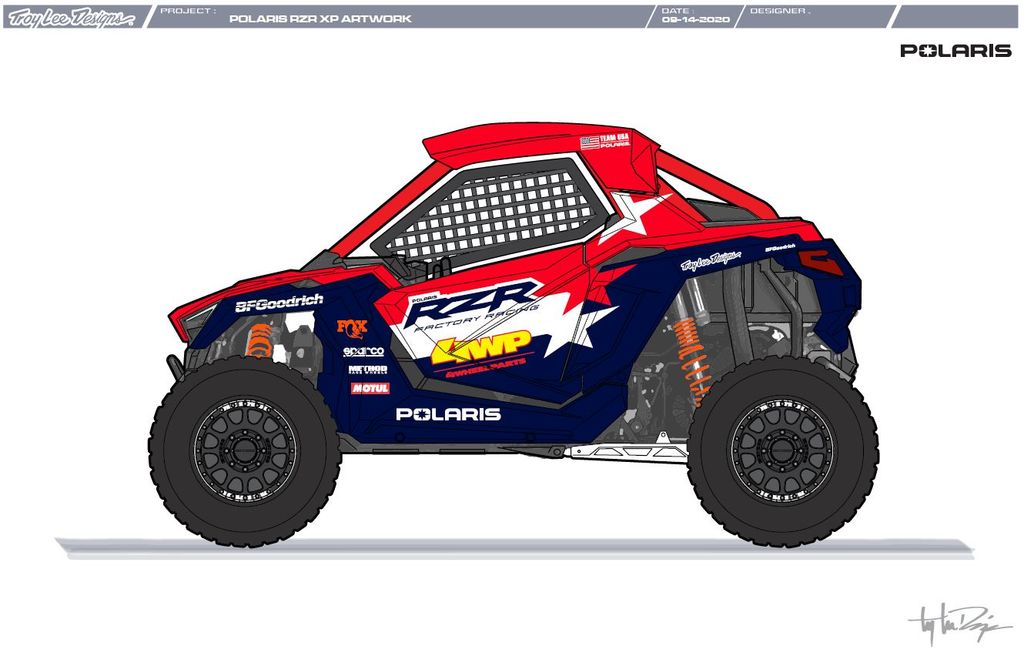 Starting on 3rd January 2021 in Jeddah, Saudi Arabia, The Polaris RZR Factory Racing Team entries will face thousands of kilometres of route, 75% of which will be over sand. Husband and wife duo, Wayne and Kristen Matlock, and Craig Scanlon will each be racing at Dakar in their own RZR vehicles. Despite their vast experience and success in the USA’s off-road BAJA events, all three will be Dakar Rookies so the learning curve will be steep. The advice and coaching of their team manager, a 25-year Dakar man, will be indispensable, as will the technical support and products they use.