Dustin Grabowski and Cody Woodruff have been tackling the Baja races in Mexico for years, but this time they showed their true pace and came out on top in the Class 5 unlimited category during the Baja 500 race - the little brother of the infamous Baja 1000.  Once the dust had settled, we had a quick chat with them to learn all about Baja and what it takes to tackle it.

Guys, first of all congratulations on a big win. You’ve come a long way. Where did the Grabowski Brothers racing team start out?

Dustin: I started out when I was very young. My dad was always racing and building things so I literally grew up with the sport. By the time I was six my dad had built me an off-road cart to go out and practise with, and it just got more and more serious after that. I started competing properly when I was twelve but I’ve been pretty much been driving and racing for as long as I can remember. 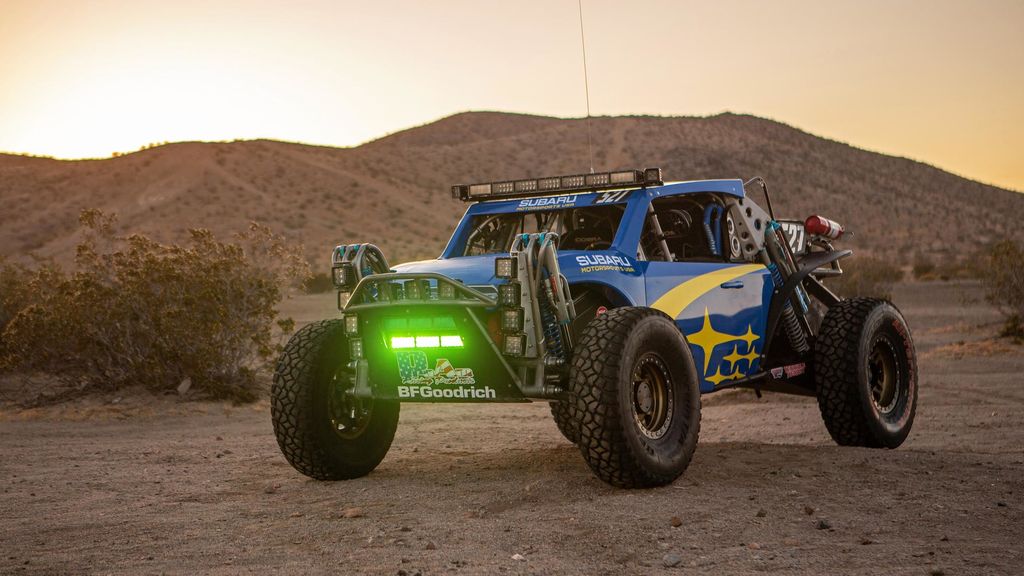 Tell us a little about the car. It looks really wild. What kind of car is it?

Cody: So it’s a Class 5 unlimited Baja bug with a Subaru FB25 engine in it.

Wait, let me stop you there… It’s a Baja bug, as in Volkswagen Beetle based?

Cody: Yes and no. It’s a Class 5 unlimited bug. Which means you have to match some geometry regulations, so you have to have the front lay-out of a bug and the choice of engine is limited too. But that’s pretty much it, so it doesn’t have a lot in common with a bug. A few years ago, things were different because you needed to have an air-cooled Volkswagen or Porsche engine, but nowadays we run a naturally aspirated four-cylinder 2.5l boxer engine, the FB25.

When I look at the car, I immediately notice that the suspension looks like it’s the key ingredient of the vehicle?

Dustin: Yes it is. We run long-travel king shocks with external bypass, which makes this bug move incredibly fast over the whoops and bumps that Baja throws at us.

Baja seems to be the race that everyone wants to win. What makes it so special?

Cody: Baja is the toughest of them all and it is indeed the race that everyone wants to win. It throws everything at you all at once. This edition was really tough. We went through a water splash and then came straight out into that dust and soft mushy sand, which stuck to us and the car. We even took out a cactus, and because we have no windshield most of it came right into the cockpit. That wasn’t much fun 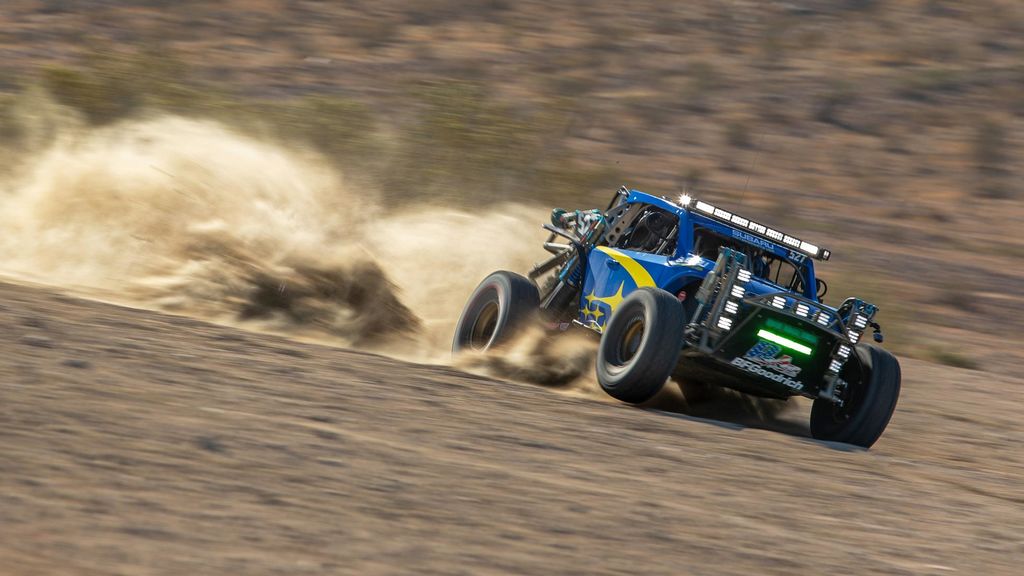 What’s the difference between the Baja 500 and 1000 apart from the distance…?

Cody: Baja 500 is shorter but also more technical, which makes it a lot tougher in my opinion. In the 1000 section there are a lot more long fast stretches.

Dustin: The 500 is also run as a loop, so when all the vehicles have gone around once the surface conditions deteriorate rapidly.

Cody: It’s a lot more than just a weekend. This year we arrived 8 days before the event and we spent the days before practising the course. We were scouting the track looking for possible hazards and looking at which side of the track would be better to take. We’re not allowed to use our race vehicle to do that, so we used a Polaris or our Can-am Maverick.

You teamed up with Subaru and Motul. How did that partnership happen?

Dustin: Well, we’d been working a lot with Crawford performance, who built the engine for us, and they suggested the Subaru engine. After that Subaru contacted us and started to support us as a Subaru motorsport team, which is a great honour for us. The partnership with Motul came about in a pretty similar way. Crawford used it as they had a good relationship with Motul and it made sense to take it further because Motul is a Subaru OEM partner. Until last year we’d never really had direct contact, but at Reno to Vegas Motul had a booth and we got talking, and now things are a lot more official. 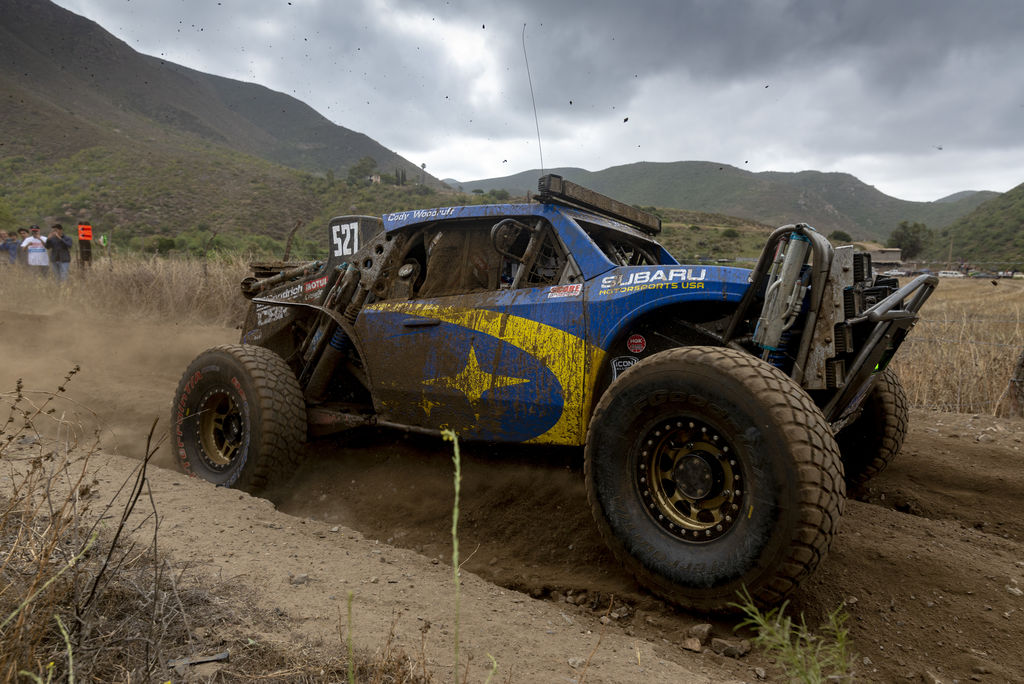 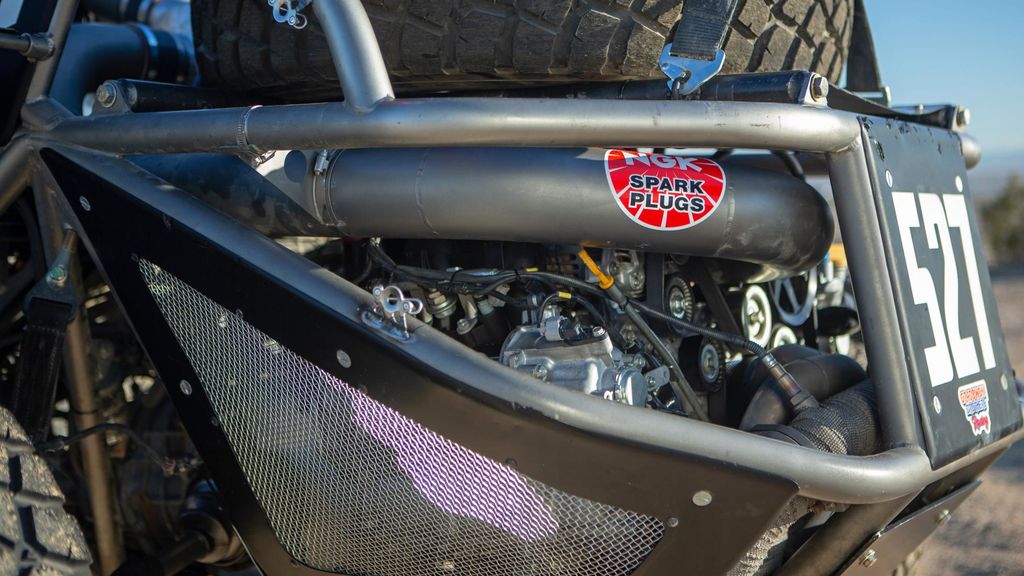