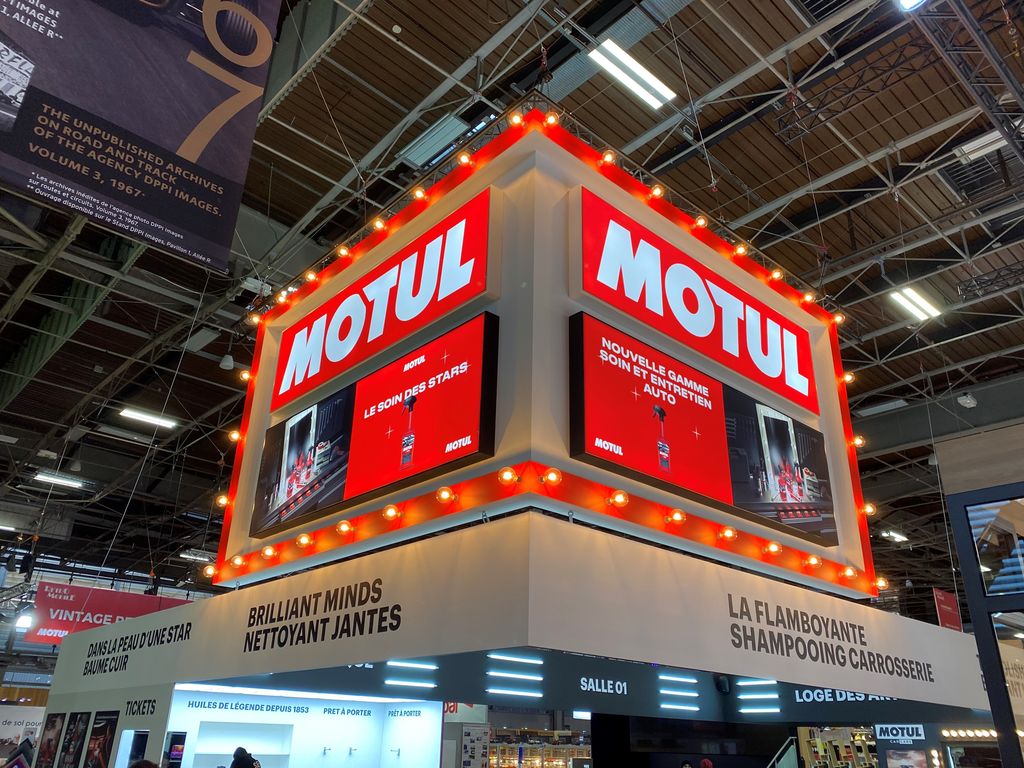 The spotlights will be shining down on Motul at the traditional launch party for Rétromobile (Tuesday, 4th February).  Not only will Motul unveil a completely new stand, recreating the world of cinema from the 1970s but, in true Oscars style, there will be the announcement of a new Motul Car Care range, awards including the Grand Prix Auto Motul Heritage Foundation 2020, star cars, glamour and glitz. Roll out the red carpet for Rétromobile 2020!

Present for the past 15 consecutive years, Motul is a major partner to this important international trade fair which in 2020 takes place from 5-9th February at the Paris Expo at Porte de Versailles. As the leading supplier of lubricants to the classic car market, its eye-catching, fun stand (F23, Hall 1) will undoubtedly be a big draw for visitors, sitting proudly alongside the 600+ exhibitors representing all things historic and classic, beautiful and automotive.

Cars have always played a huge role in the world of movies, and Motul’s vintage-style cinema booth echoes and celebrates the link between the two.  The cars on the stand, the Ford GT40 which starred in the recent award-winning Le Mans 66 film, and the famous VW Beetle ‘Herbie’, are stars in their own right together with the legendary Motul Vagabond truck which will be on show outside Hall 1.

The Grand Prix Auto Motul Heritage Foundation 2020 award for the best historic car restoration project goes to the Ford GT40, chassis 1020 from the 1967 24 Hours of Le Mans and star of the recent Le Mans 66 film. Owned by the Automobile Club de l’Ouest, the GT40 will be exhibited on the Motul stand throughout Rétromobile before being returned to the 24 Hours of Le Mans Museum. This iconic car featured in the James Mangold film released in November 2019, starring Christian Bale and Matt Damon, and is a deserving winner of the Heritage Foundation’s award. President of the ACO, Pierre Fillon, was present at Rétromobile to receive it from Hervé Amelot, Vice President of the Motul Supervisory Board, Thierry Quilan, Chairman of the Motul Board of Directors, and Célia Verot, CEO of the Heritage Foundation.

ENTERTAINMENT FOR ALL THE FAMILY

Rétromobile is a favorite meeting place for fans of historic cars, offering an occasion for different generations to meet up and share their love of these mechanical wonders. Throughout the week, Motul is offering numerous activities to entertain all ages. Visit the Motul stand for:

• Free popcorn and photos with the star cars

• Quiz with numerous prizes to be won, including tickets for Le Mans Classic

For our young visitors, Motul will offer pedal car races – in the famous Motul pedal cars – on Saturday 8th and Sunday 9th February 2020, one race per hour starting at 11h00. As well as the simple pleasure of taking part in the race, the winners will leave with a stash of gifts for the 1st prize-winner, a medal and helmet for those in 2nd and 3rd places. 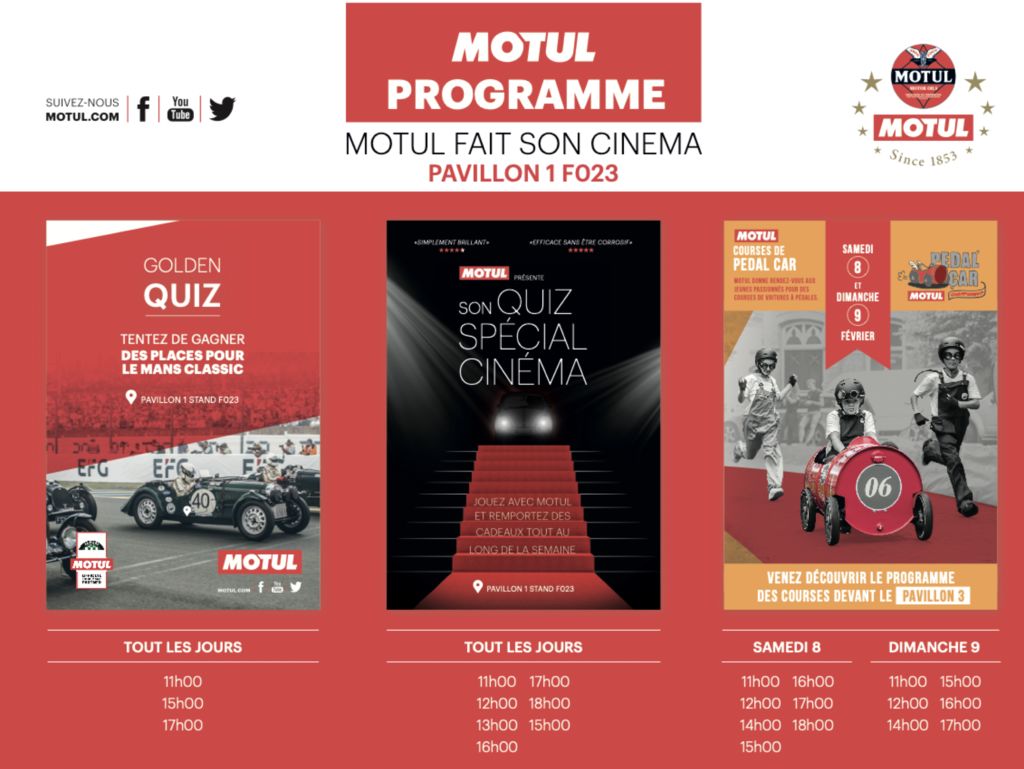 Everyone will want to see the Renault AHS 3 truck, affectionately nicknamed the “Vagabond”. Coming off the production line in March 1945, this Renault AHS 3 started its career as a military vehicle but was then converted into a transport vehicle for Motul lubricants.

It has since benefitted from a full restoration in the expert hands of coachbuilders Frédéric Gémot and Loïc Michel, whose skill made this renaissance pos¬sible. The challenge of preserving the integrity of its paintwork, which makes it such a unique vehicle, as well as 99% of the original parts, was taken up with enthusiasm!

A major player in the world of classic vehicles, Motul enables the past, the present and the future to meet at a shared event celebrating these mechanical wonders. 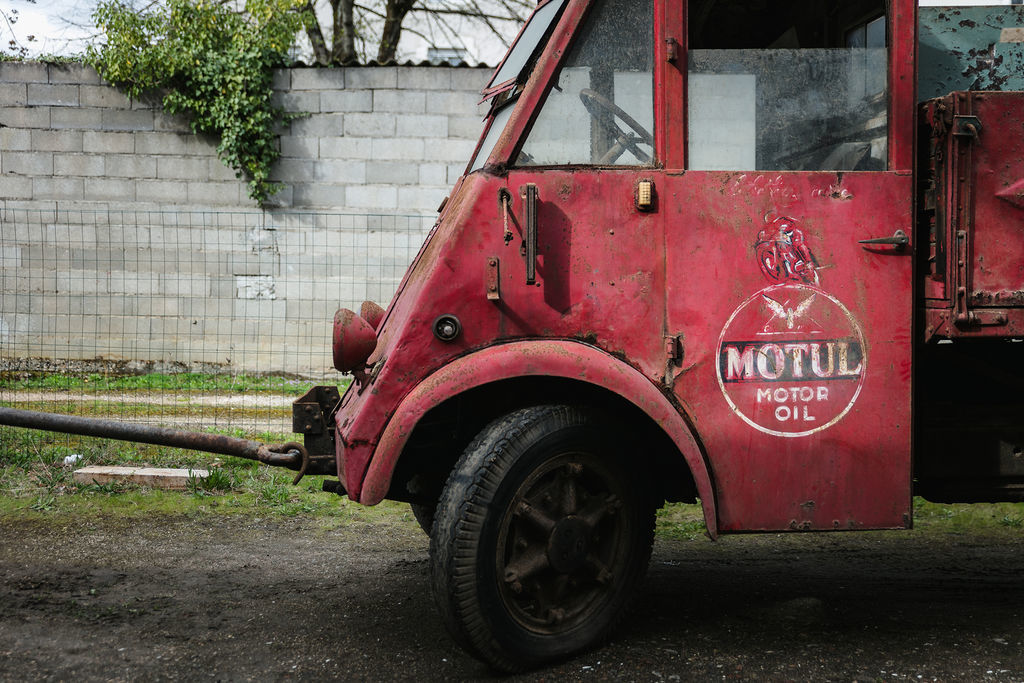