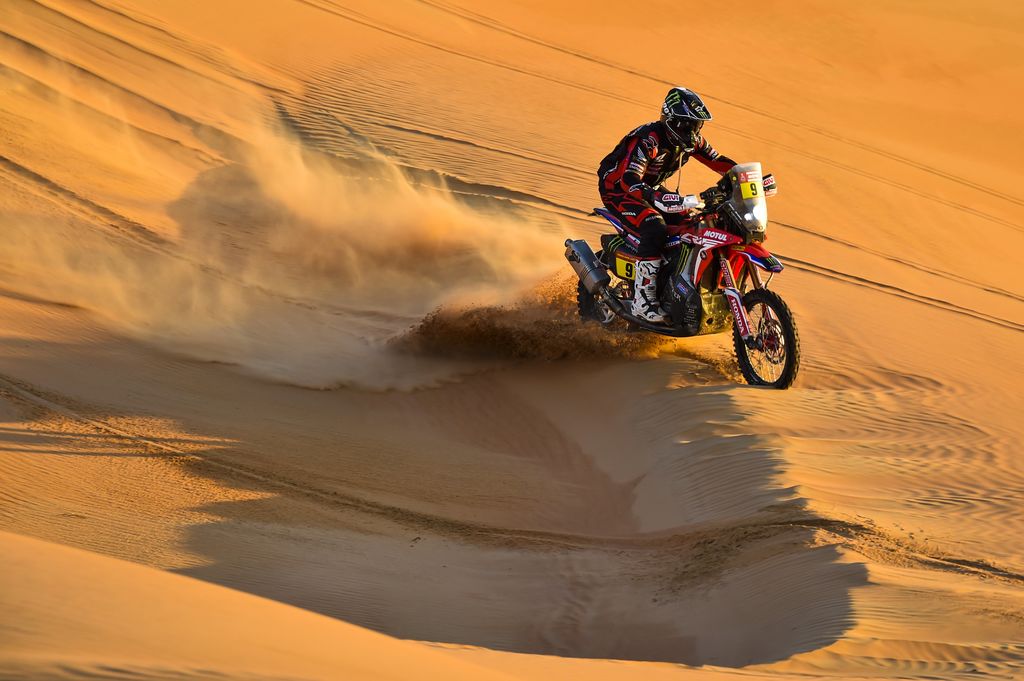 There was heat, snow, rocks, sand…oh, so much sand, coming in the form of huge dunes and flatter terrains, drama, sadness and elation and – at the end of Dakar 2020 – victory for Motul-supported riders and drivers!  Run over 12 days and 10 stages, which covered 7,800 amazingly beautiful and eye-opening kilometres in the Kingdom of Saudi Arabia, Motul was alongside its partners every turn of the wheel.  The outcome was extremely successful for Motul’s partner teams in terms of results, with victories in three different categories and several personal bests from among the 49 entries receiving special assistance.

Many congratulations from all of us to Ricky Brabec of the Monster Energy Honda factory team, convincing winner of the hugely competitive bike category.  He led from start to finish to become the first ever American rider to seize victory in the Dakar, recording his debut win and the first on the Dakar Rally for Honda in 31 years. It is also the first time that a Motul-supported bike has won since Gilles Lalay in 1989. Two fellow Honda riders, Jose Ignacio Cornejo Florimo and Joan Barreda Bort, finished 4th and 7th respectively.

Alongside the joy of victory, thoughts from everyone in the bike community will be of popular Portuguese rider Paulo Gonçalves from the Hero Motorsports team who tragically lost his life on the Dakar.  You will never be forgotten Paulo.

It proved to be a strong event for US entries as congratulations also go to the pairing of Casey Currie and Sean Berriman in the Motul-sponsored Can-Am Maverick prepared by South Racing.

The American duo overcame early setbacks to win the SSV category of the Dakar on only Currie’s second outing and the first in its new partnership with Motul.  A special cheer should go to paraplegic rookie, Axel Allétru, who finished an amazing 7th in SSV.

Victory also went to Christian Lavieille and Jean Pierre Garcin from Toyota Auto Body who beat their team mates to win the T2 class of cars.  Simon Vitse of Je Peux 2020 -BBR Mercier Racing finished second in quads, and there were many more who were just delighted to finish this punishing event.

The Original by Motul category is for riders who go it alone, who receive absolutely no help in terms of technical assistance; true warriors of the deserts, these men and women embody the Dakar spirit and Motul’s core values. Romanian Emanuel Gyenes took his Autonet KTM to victory in this hardest category of all, and on his 10th attempt! Frenchmen Benjamin Melot and Florent Vayssade completed the podium but every Original by Motul rider who took the chequered flag is a hero!

Dakar Saudi Arabia surpassed the expectations of many who were not prepared for the huge variety of terrains and temperatures, created some incredible memories of the Dakar spirit and humanity, the heroism and determination of all the competitors who made it to the finish of this epic event.  Bravo to them all, and especially to Motul’s winners.