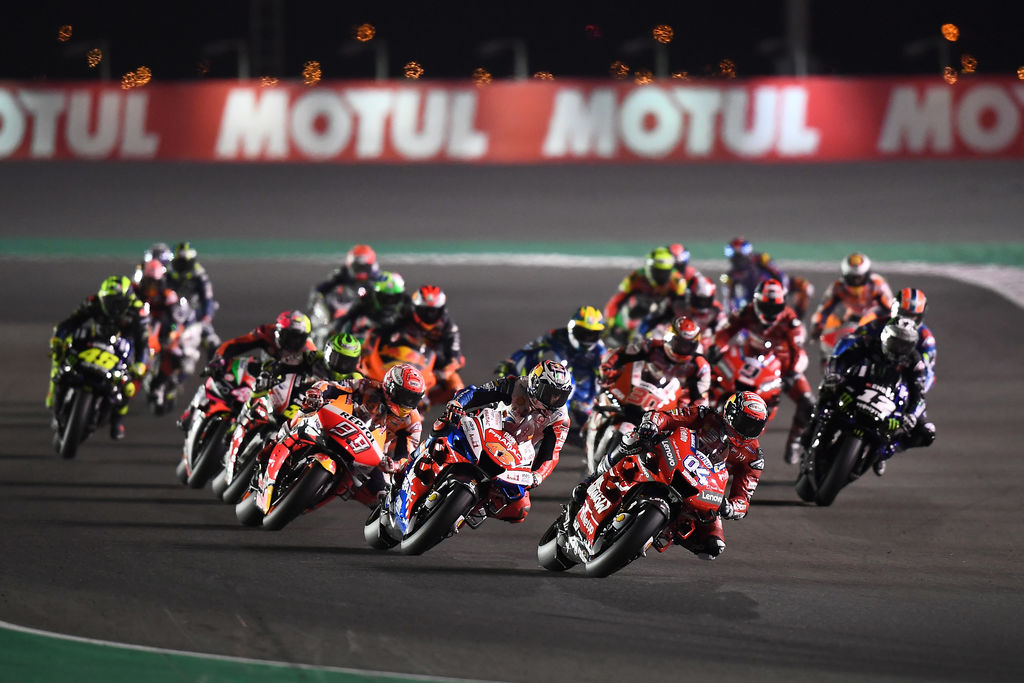 The high-tech two-wheeled showcase that is MotoGP roared back into life on March 18th in Qatar, Middle East, with Motul once again involved throughout the season not just on a technical and commercial level – including four title sponsorships – but also via creative and innovative customer and fan interaction.

Combining top level factory and privateer teams, MotoGP features unique, sophisticated prototype bikes operating within the most challenging of constraints and using tailor-made lubricant technology, all in the hands of heroic, daring and hugely entertaining riders.

More than 20 of the world’s best riders, 11 teams, 6 different manufacturers and 20,000cc of horsepower will line up in 15 different countries across 5 continents for the 2019 MotoGP season and, with plenty of riders moving to new teams for this season, it promises to be super-exciting and more unpredictable than ever.

Motul will once again be title sponsor of four races through the season starting with the second round, the popular visit to South America, the Gran Premio Motul de la Republica Argentina (31st March in Termas de Rio Hondo), then Assen, Japan and Valencia.  This year, Argentinian fans will be able to shop for the numerous quality Motul products and promotional material from the brand from a dedicated booth in the commercial area…when not cheering on their favourite teams or crossing paths with WSBK Motul rider Tati Mercado who will be onsite as Motul and WSBK ambassador.

Points have already started to roll in

Motul supported factory team will use special experimental engine oils which have been developed by the company’s specialists specifically to respond to the extreme conditions and restraints presented by MotoGP competition. To succeed at this level, the teams have to have complete confidence in their technical partners. Motul is proud to supply products from its dedicated motorsport range and maintenance and care (Motul MC Care) range to Suzuki factory and Avintia Ducati teams.

Do you know a Motul Superfan?

Motul and Dorna, promotor of MotoGP, will once again be looking for Motul Superfans at every round of the season, the exclusive "money can't buy" experience which is part of the #MotoGPBuzz program, provides 19 lucky people a once-in-a-lifetime chance and opportunity to experience a dream weekend.  Anyone can subscribe and have a chance to be a #MotulSuperFan by registering HERE