The Macau street circuit is regarded as one of the world’s most challenging tracks, as it twists and turns through the streets of this Chinese region. But the realities of racing on such a tight, unpredictable track came true for Craft Bamboo Racing at the recent Macau GT Cup when its Mercedes-AMG GT3 crashed after hitting an oil spill from another competitor’s car. Despite the car’s heavy damage, the nimble team worked tirelessly through the night to get the car ready to race. And race it did, with driver Darryl O’Young putting the AMG GT3 on the top step of the podium after an intense battle.

The 2021 Macau GT Cup was a special moment for Motul, too, as its partner team Craft Bamboo Racing and Mercedes-Benz AMG decided to use Motul’s lubricants as well as giving the car a stunning new Motul livery.  To find out more about the team’s superb comeback and the race-winning collaboration, we spoke to Jay Joel Ong, motorsports lead, at Motul Asia Pacific. 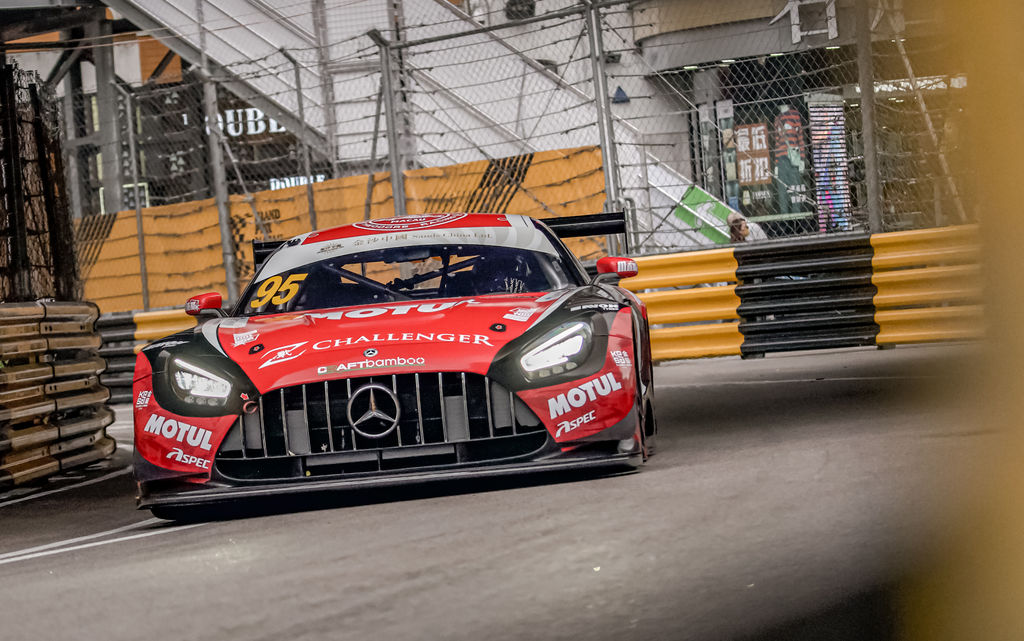 Jay, congrats on an amazing race. Let’s start with the crash first. What happened?

On Friday, it was the first time the Motul AMG roared around the streets of Macau, and everyone knew the car had pace. With Hong Kong driver, Darryl O’Young behind the wheel, the Motul-powered AMG qualified in second, just milliseconds behind Leo Ye Hongli’s Porsche. Motul’s products performed brilliantly with the AMG and it was on the front row for the start in race one. During race one on Saturday, Darryl engaged in a very tightly contested battle with the P1-qualified Porsche for five laps, but suddenly disaster struck the team. The car spun out and hit the wall upon contact with an oil spill from another competitor's car. Many feared the worst. The car looked like it was written off. The Motul team watching the live stream from Singapore was devastated. We thought it would be all over. But the lean Craft Bamboo Racing team worked tirelessly through the night. On Sunday, everyone on-site eagerly waited outside the pits of the team. When the Motul AMG rolled out of the pit garage covered in duct tape, just less than a minute before the grid formation, everyone on-site, my Motul China colleagues who were there, and including myself watching from the live stream, cheered with loads of excitement! 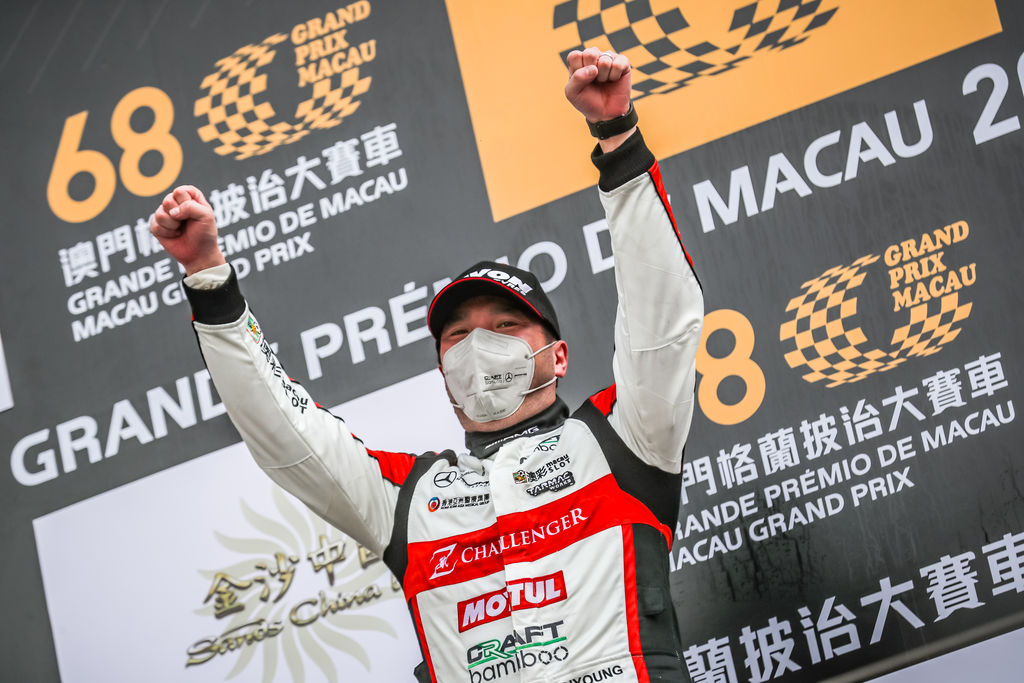 What happened next is the stuff of fairy tales and legends. Can you take us through race two?

Again, Darryl started race two on the front row, next to the top-contending Porsche. Both cars were neck-and-neck at the start. Making a swift and decisive move into turn one, the Motul AMG moved inches ahead and grabbed the lead at the early stage of lap one (it probably was 300V that gave him the advantage)! It was an intense bumper-to-bumper battle for eight laps and Darryl made defensive moves to ensure the highly competitive Porsche and another competitor stayed in P2 and P3. The Motul AMG held P1 until the safety car was deployed, which stayed out for three laps, meaning it was down to one passionate sprint lap to the finish. Against all odds, the Motul AMG stayed ahead with only milliseconds difference and came home first, marking Darryl’s second career win in GT Class at Macau GP! Despite the bent chassis, Darryl piloted the car magnificently again, clinching the top spot and Asian motorsports glory. For the first time in 68 years of Macau GP history, a Motul car was on top. It was truly a momentous victory for Motul and the Craft Bamboo Racing AMG team! Especially as this was a totally wrecked car, which many thought would be written off, that ended up becoming a championship car. This is an unexpected Hollywood-style fairy tale comeback and we are truly proud to be a part of it. 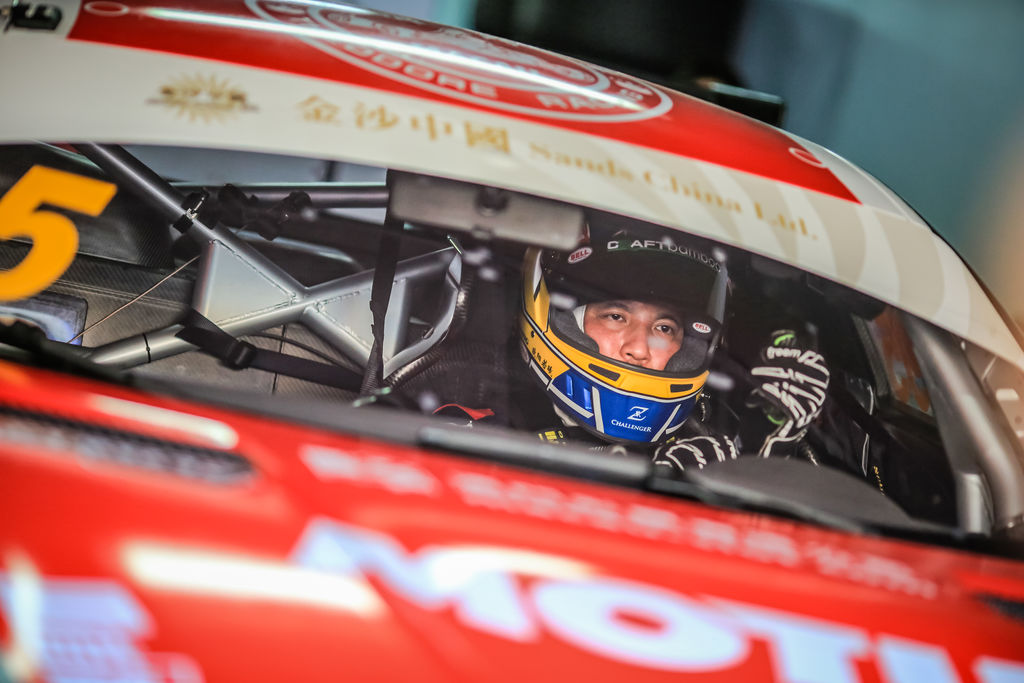 And this is the first time Craft Bamboo Racing AMG and Motul has collaborated?

Yes, it’s the first time we worked with the Mercedes team on this level. Craft Bamboo Racing are an official AMG Performance Team for AMG and they work closely with AMG globally. It’s a great association and we would like to leverage this as much as possible. This story speaks a lot about our first-ever success campaign with Mercedes AMG. In the words of Lionel Dantiacq, CEO of Motul Asia Pacific, this story is about people, passion, emotions, professionalism, courage, partnership, teamwork, a great partnership and success! 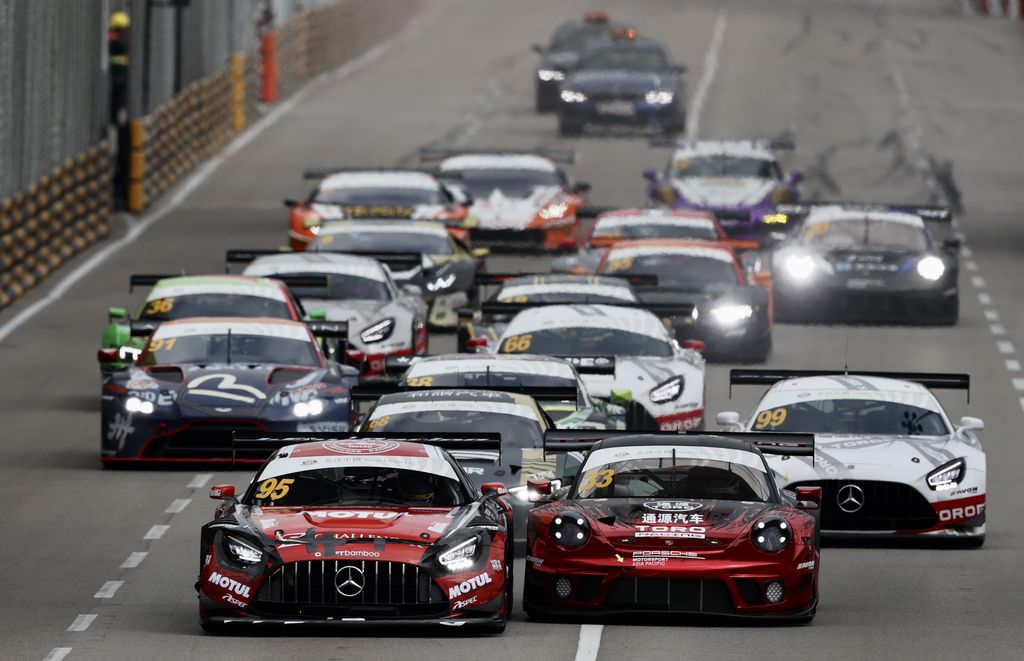 Tell us about that livery. That’s pretty special

When the livery for the AMG GT3 was revealed before the weekend, we received many compliments for it. Prominent Motul branding was featured on all the different angles of the car. We received lots of great feedback from our friends and media.

If you take a closer look at the bottom sides, you will notice that we featured the Motul 300V new logo. That signifies the launch of the new 300V in Asia! 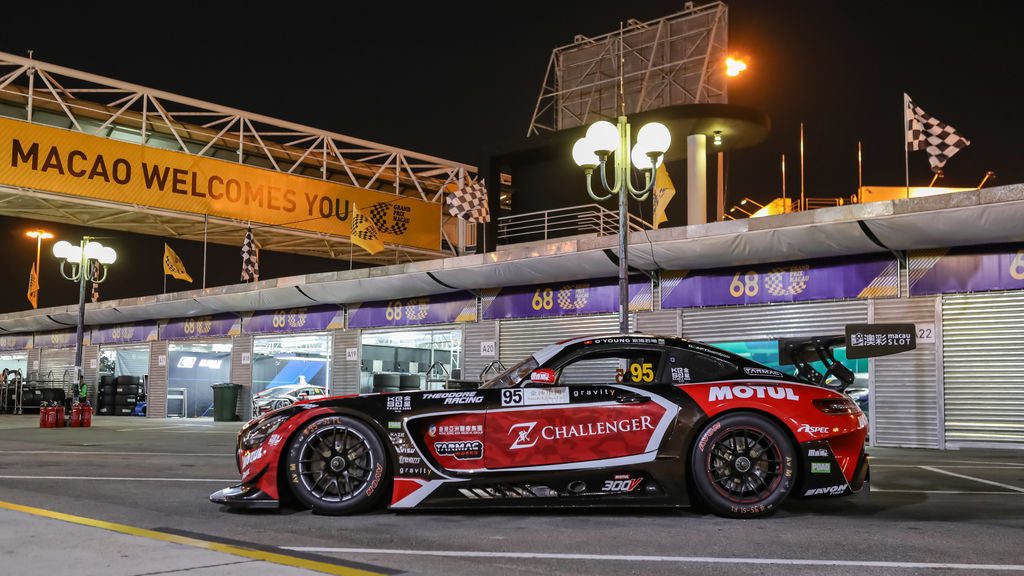