Looking at the Andros trophy, you might see regular Audis picking a fight with a Mazda or a BMW because that is what they look like on the outside. So, it might come as a big surprise to you that they’re radically different race cars. We sat down with Comtoyou Racing’s chief engineer Benoît who explained us all the details of the Audi A1 Andros Car. 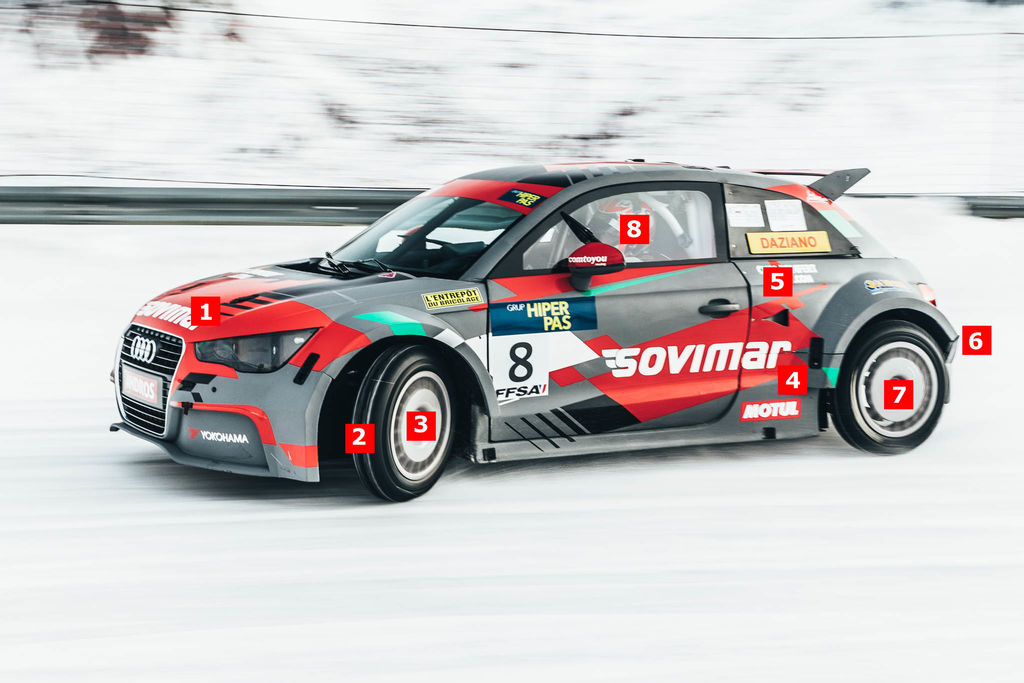 “The Audi A1 Andros is specifically designed for the Andros Trophy. It has a bespoke tubular chassis which is in no way comparable to a classic Audi A1 chassis.  The body is made of fibre glass and the entire car weighs around 1.080 kg.”

“We use a very specific set of snow and ice tyres made by Yokohama when racing on ice. They are very narrow and carry 252 spikes per tyre so they can really slice into the ice for optimal grip. “

“The brakes we use are tiny compared to any other race car as they’re actually based on motorcycle brakes. We only use them a couple of times per lap in the Andros Trophy. “

“The Andros Trophy Elite cars are four-wheel drives. In order to transfer the power to all four wheels, they have a front and rear differential. The engine and gearbox, which are in the rear of the car, send power to the rear wheels directly and through a crankshaft to the front wheels. However, there is no centre differential, so power is divided equally between front and rear wheels all the time. “ 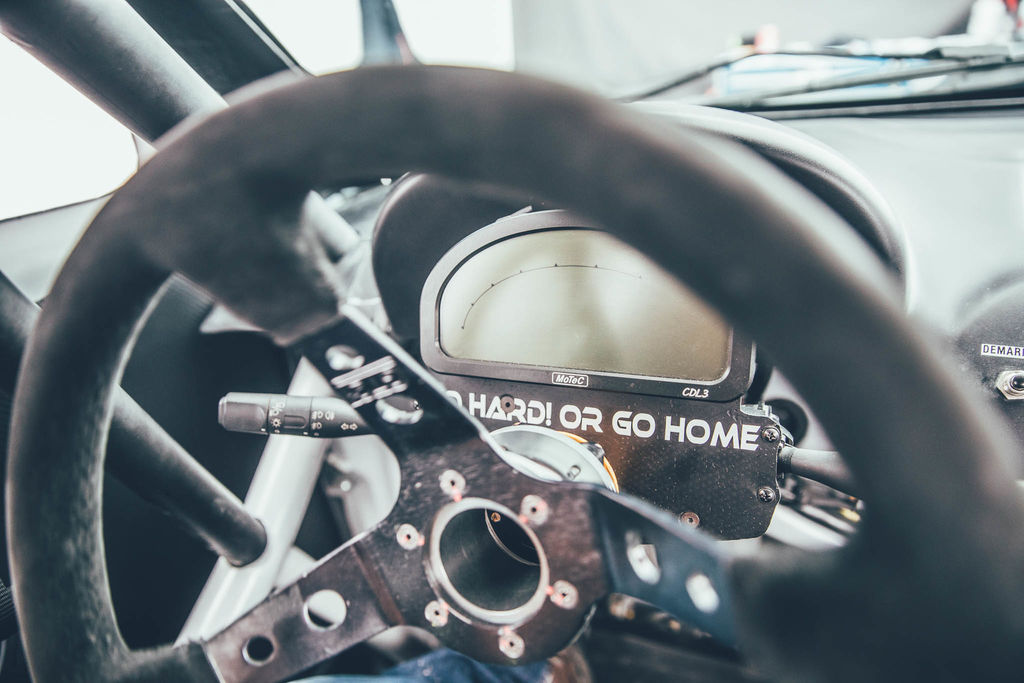 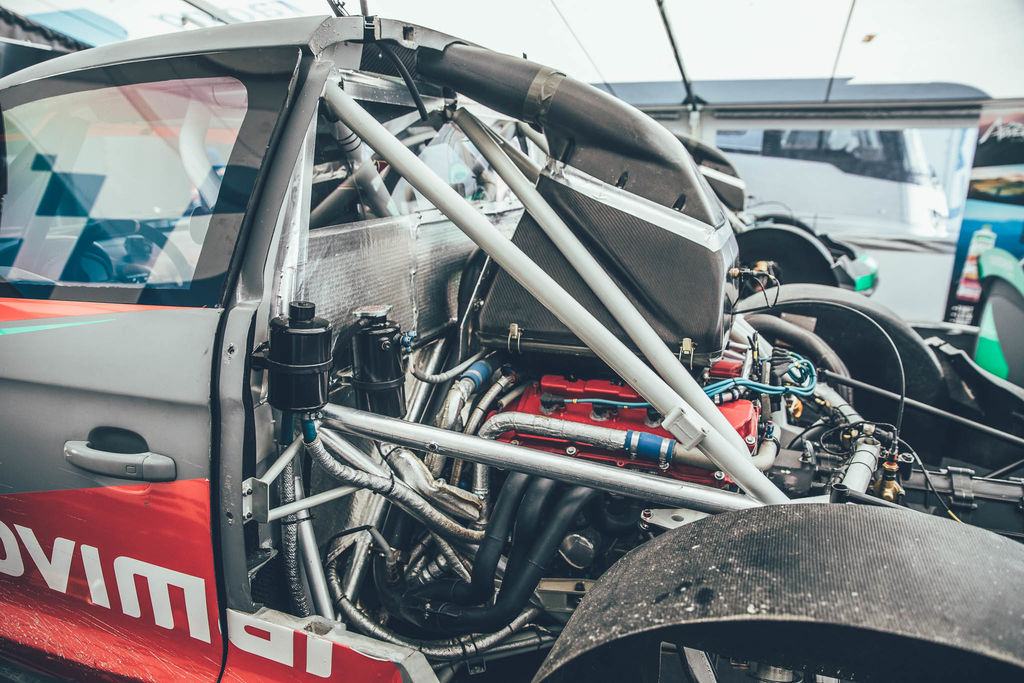 “In stark contrast to the production model of the Audi A1, the engine of the Audi A1 Andros is in the rear. It’s an atmospheric V6 which will convert around 350 horsepower onto the ice. However, because of the altitude here in Andorra, the car will lose about 30 to 40 horsepower. This engine is of course the main thing that sets apart the classic internal combustion Trophy cars from the electric ones.”

“The car has a SADEV six-speed sequential gearbox with very short ratios. In the Andros Trophy, they still use the clutch pedal when shifting gears in order to have more control on the aggressive power transmission.”

“Unlike regular rally cars, Andros Trophy cars don’t have a hydraulic handbrake to initiate a slide. Instead, they have a rear-wheel steering system which will turn the rear wheels in the opposite direction to the front wheels to initiate a slide. In the middle of the car, we’ve mounted a sort of steering control box which will allow us to control when the rear wheels will have to start moving and how much they should move.”

“There is nothing more typical for an Andros Trophy car then the side window wipers. They’re extremely important and maybe even more important than the front windscreen wipers as the driver spends a considerable amount of time looking through the side window when sliding the car around the ice. “ 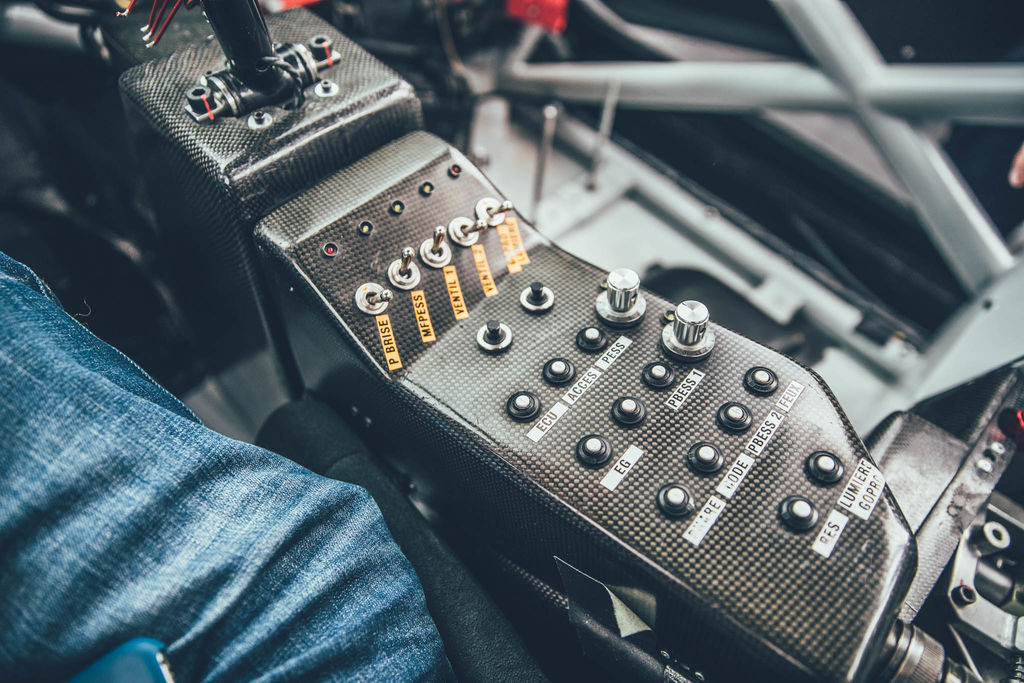