The 2021 24 Hours of Le Mans was undoubtedly one for the history books. It was the debut of the FIA’s new premier class, the Hypercars. Under exceptionally difficult circumstances with mixed weather and sudden showers, Motul teams shined throughout the event, occupying many podium positions. 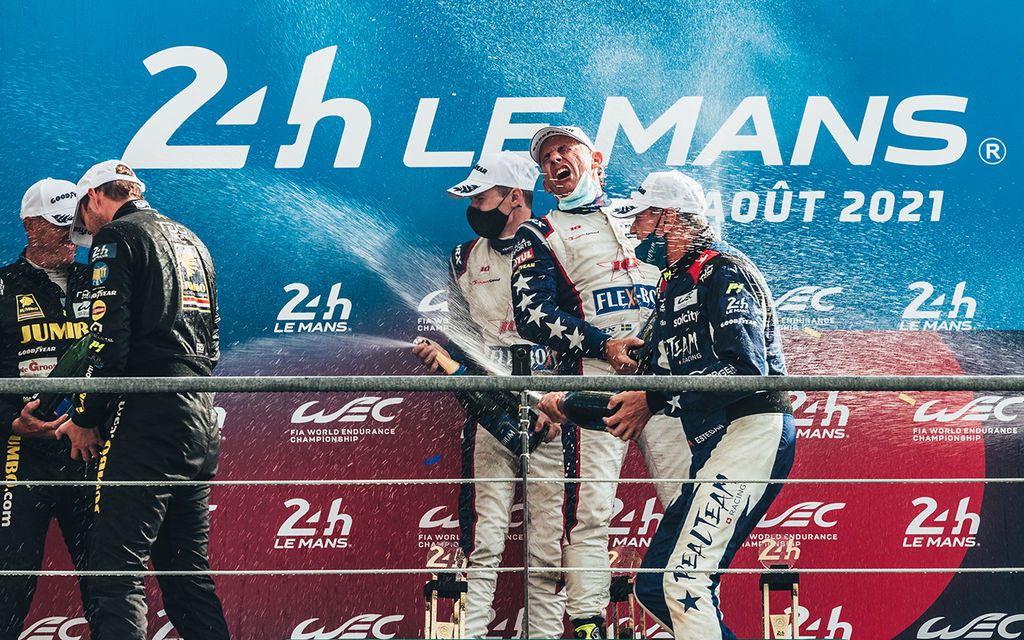 An impressive feat for the Glickenhaus team!

After a week of testing and qualifying in dry and sunny conditions, and with 20 minutes to go until the green flag dropped, the heavens opened soaking the entire 13 kilometre Le Mans track. Immediately, it upped the ante for the 24-hour race. When the green flag dropped, after not one but two formation laps, carnage unleashed in the opening lap with a Glickenhaus colliding with one of the Toyota’s in the Dunlop chicane followed by many small incidents shaking up the field like a card deck. Hats must be tipped to James Glickenhaus’ squad and Podium Advanced Engineering. The Italian/American team finished with both cars in the top five (P4 & P5) after a nearly flawless race. An impressive feat for a team whose car has only been running since February. As the true cherry on the pie, the Glickenhaus LMH007 showed its true pace in a long Sunday morning tussle with the Alpine, fighting for third overall. 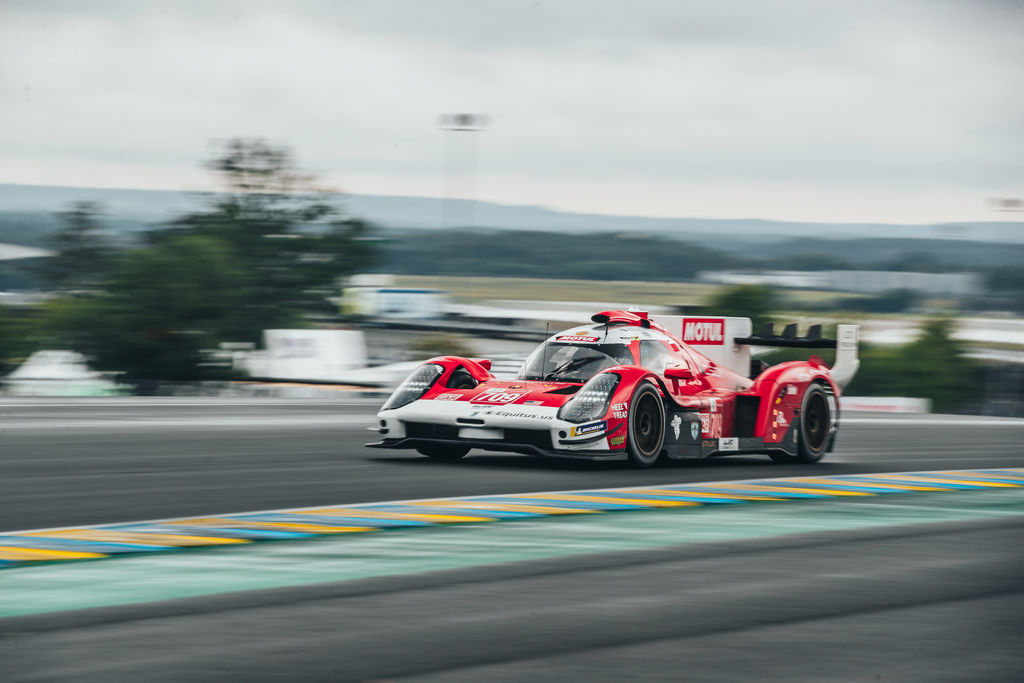 If you want nail-biting competition, look no further than the LMP2 category. The category, mostly occupied by Oreca 07 Gibson-powered cars, saw no less than 28 leader changes. Once the race had set, after a chaotic first few laps, it was the Jota #38 who seemed to be in control, but a small mistake sent its hopes and dreams of victory into the gravel trap. The further the race unravelled the more likely it became that the Belgian WRT squad would take a double podium. However, as a flashback to the Toyota in 2016, the #41 WRT car halted in the middle of the track shattering their hopes for victory. It was a heartbreaking moment for Robert Kubica, who was enjoying his first Le Mans, along with Louis Deletraz and Ye Yifei. This handed the victory to the #31 WRT car of Ferdinand Habsburg, Charles Milesi, and Robin Frijns. This also handed a P2 position to the newest Motul partner Jota, whose car was fielded by non-other than F1 and FE ace Stoffel Vandoorne, Sean Gelael, and Tom Blomqvist. United Autosports brought a strong line-up of three cars, yet they had a weekend they’d rather forget about even though they managed to park their #23 car in fourth position in the LMP2 standings. Damage and collisions (even an unfortunate collision between their own cars) turned their dream race into a nightmare. 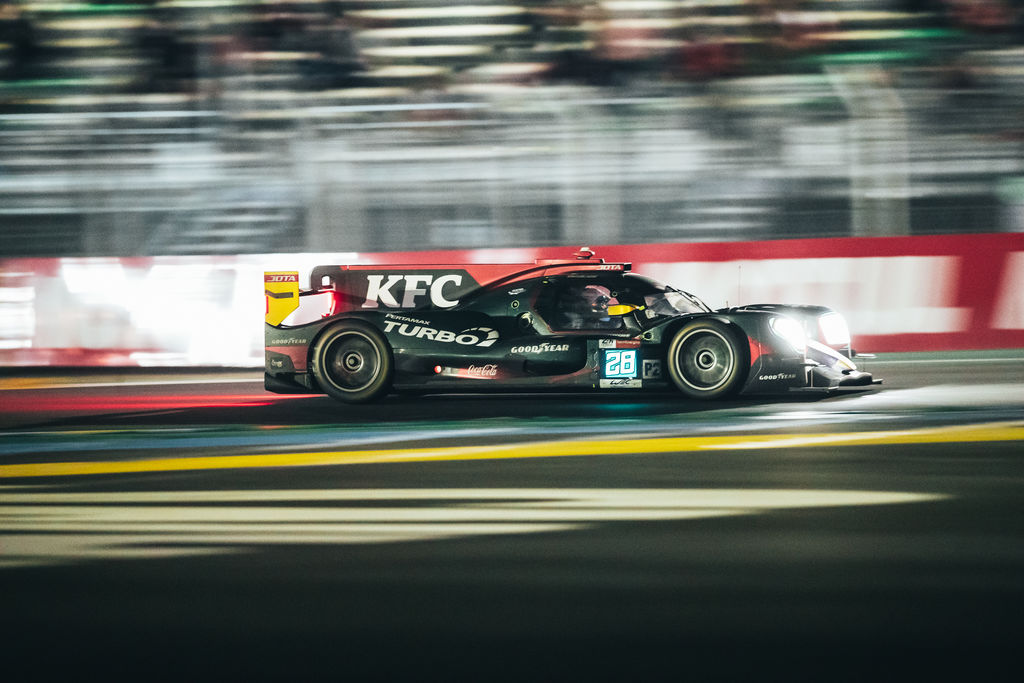 Three of our top teams on the podium!

The new LMP2 Pro-Am category became a Motul team gathering, with three of our top teams on the podium. The victors were the American DragonSpeed team with the ever-characterful Henrik Hedman, Ben Hanley, and Juan Pablo Montoya, making them Le Mans winners next to Daytona winners in 2020. P2 and P3 went to Real Team Racing and Racing Team Nederland, with two cars both ran by the TDS outfit. 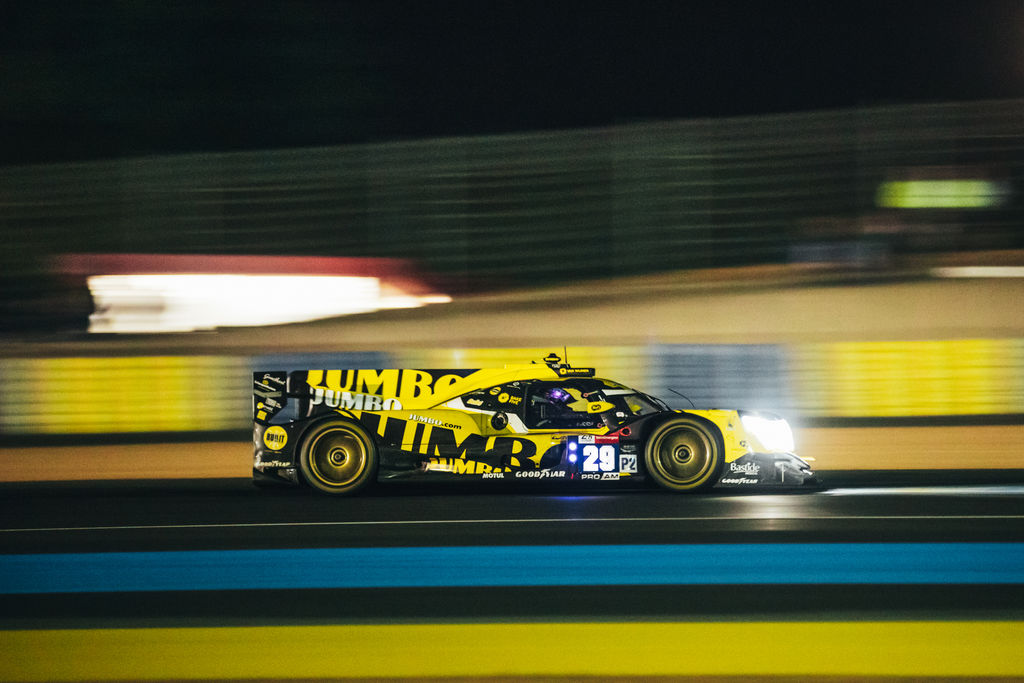 Needless to say, this was a 24-hour race we won’t forget about soon! To wrap your head around it here a few interesting facts and figures. 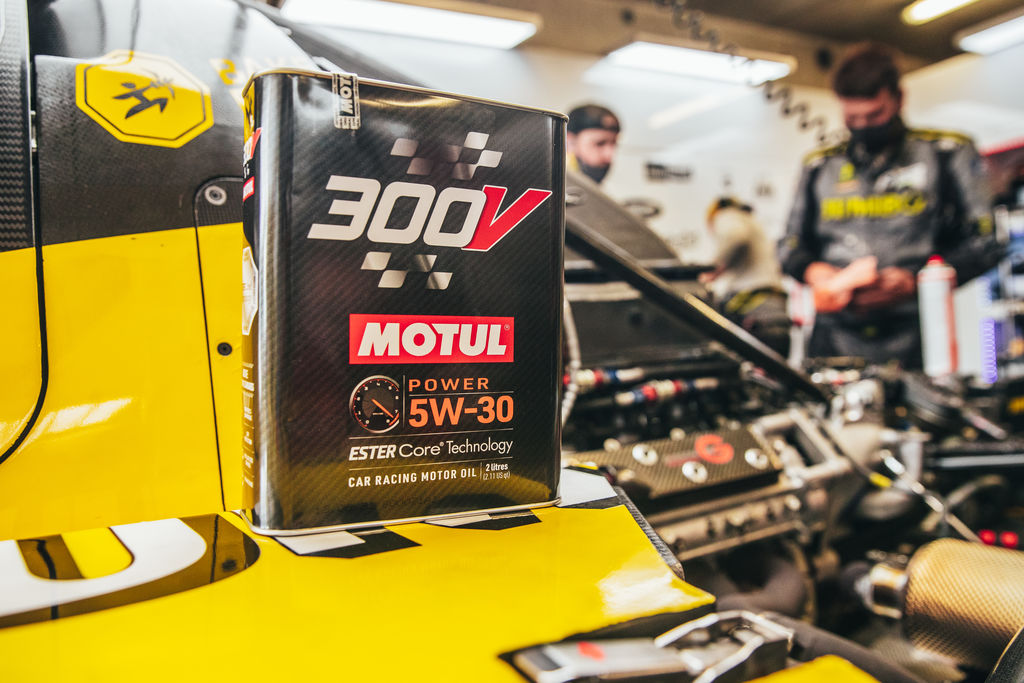 The number of outright leader changes during the race. Most of these changes were due to the cat and mouse chase between the two Toyotas, #7 and #8. The #36 Alpine A480-Gibson entered by Alpine’s Elf Matmut took the lead for a lap. The class lead changed hands 28 times in LMP2, 18 times in LMGTE Pro and 29 in LMGTE Am. 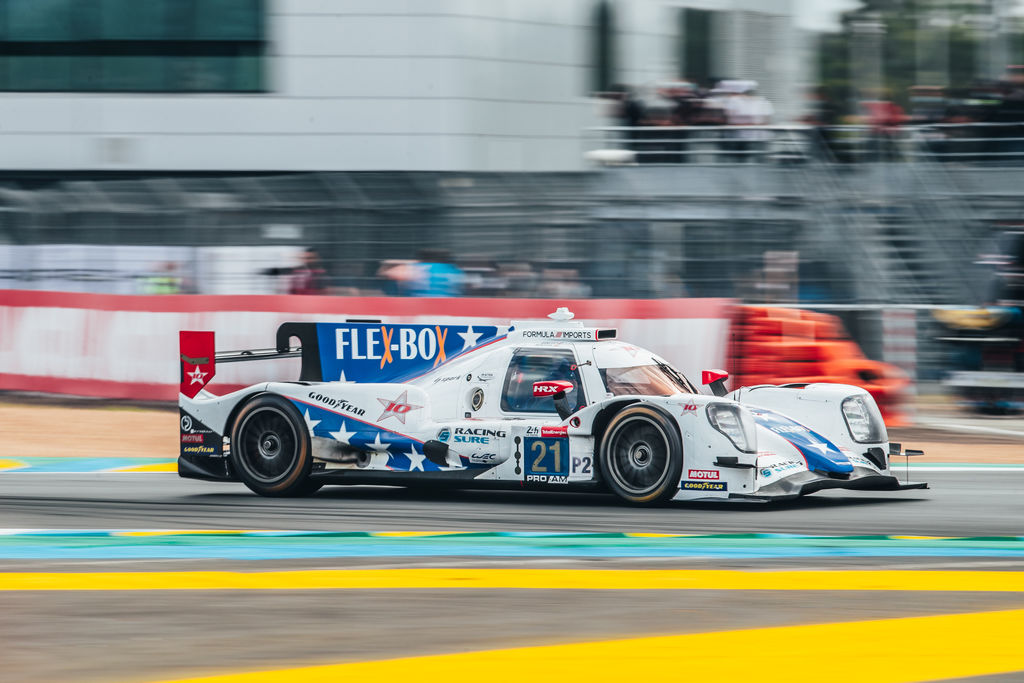 The highest peak speed was recorded during this 89th edition. Toyota Gazoo Racing’s #7 GR010 Hybrid was the machine that accomplished this feat. The top speed was achieved by Kamui Kobayashi in the 72nd lap.

Highest maximum speeds clocked in the other classes: 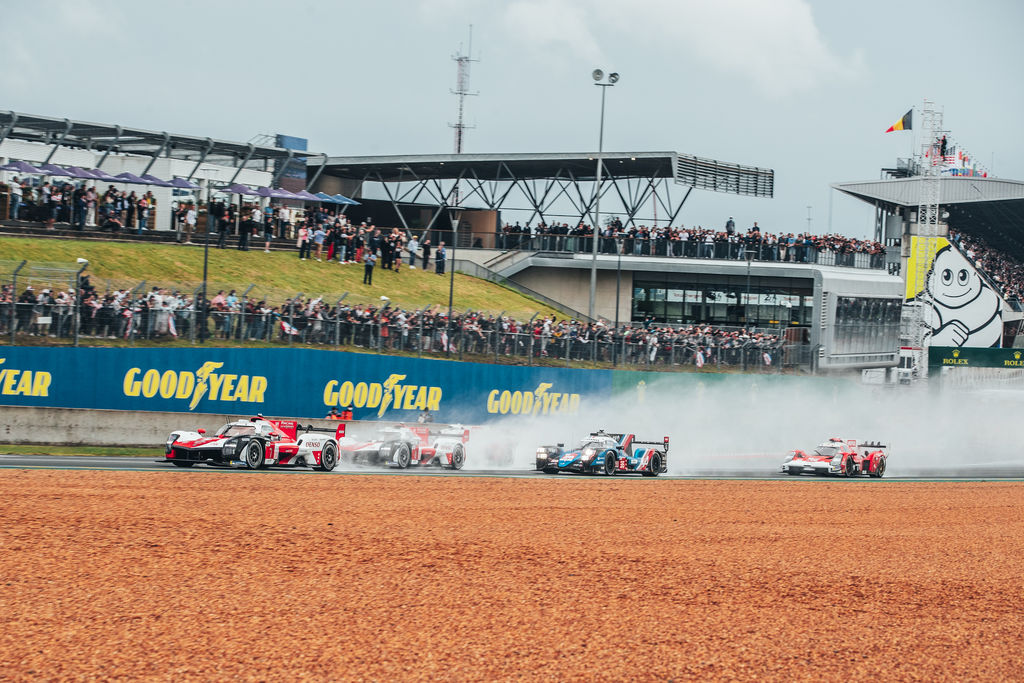 All hypercars finished their first ever 24 Hours of Le Mans 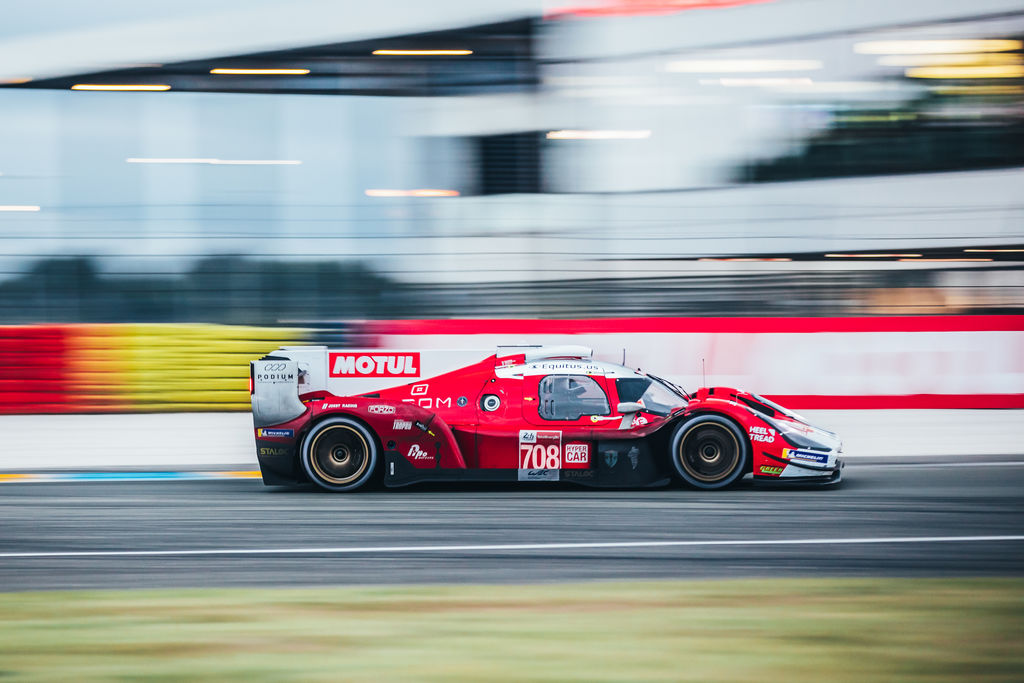 The spectators were back in force with a maximum allowed number for this kind of event. 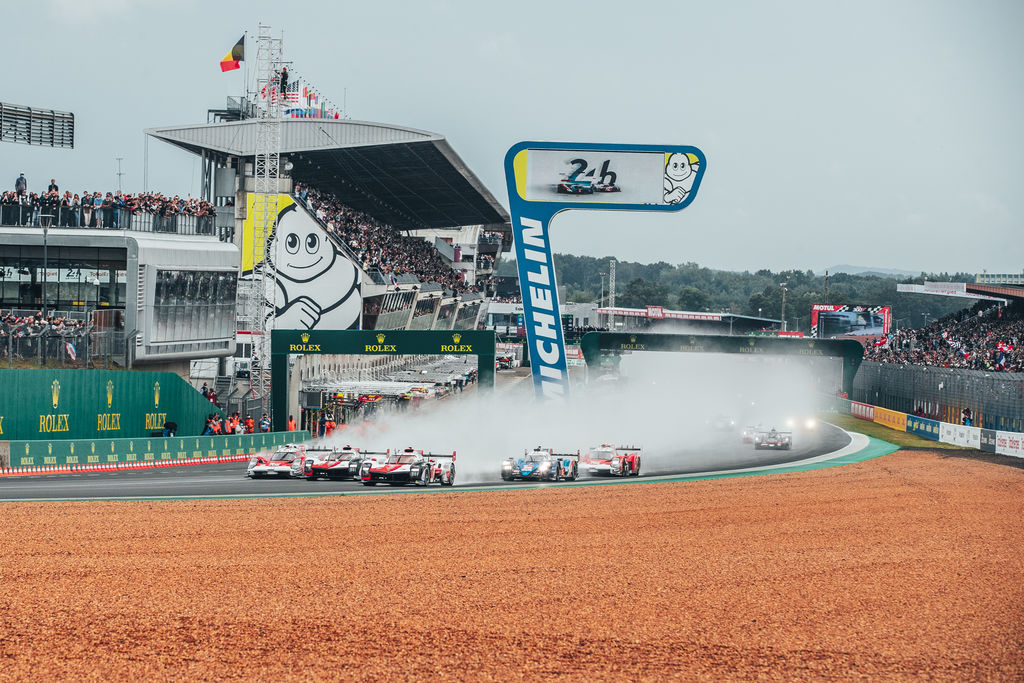