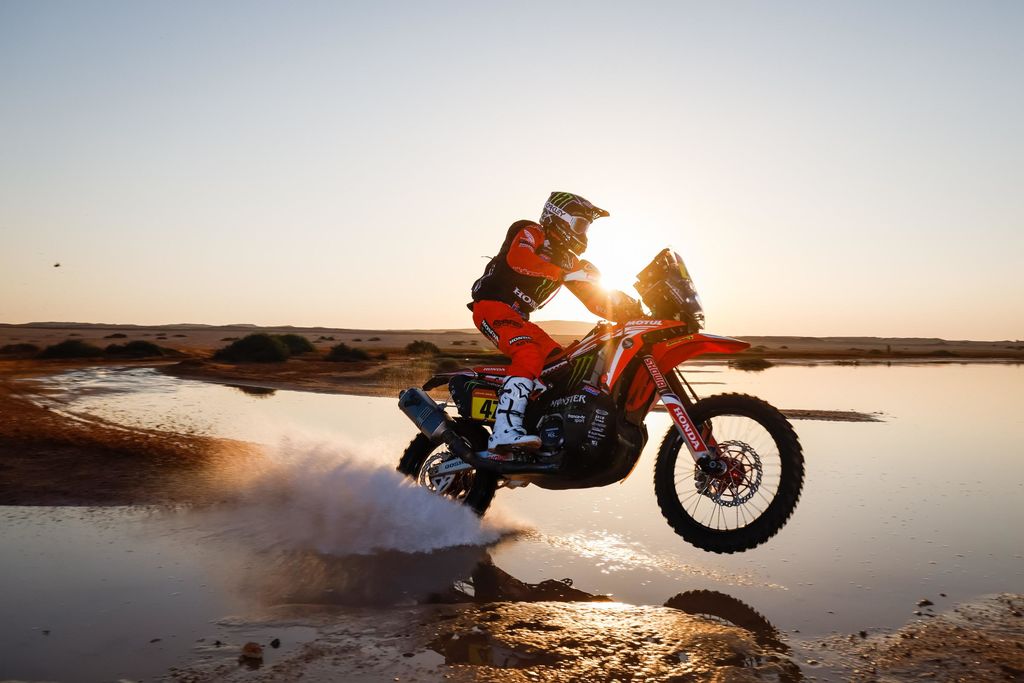 After two hard weeks over the toughest of terrains in Saudi Arabia, battling through more than 7,500 kms of sand, dust and rocks using experience, determination, adrenaline and with very little sleep, the Powered by Motul Monster Energy Honda factory team dominated Dakar 2021’s biggest category and today emerged as undisputed kings of the desert. Everyone at Motul sends their warmest and sincerest congratulations to Honda and all within the HRC team.

Honda’s Kevin Benavides (ARG) and last year’s winner Ricky Brabec (USA) finished a super-impressive 1-2 in the Bikes category to celebrate the first double podium for Honda since 1987!  It was a first victory for Benavides, who beat Brabec by just four minutes after 12 stages, the American racing flat out to the finish in the final stage in order to grab second place overall from KTM’s Sunderland.  On his 5th participation in the Dakar, the Argentinian becomes the first South American to win the category and between them, the pair notched up 10 stage wins for Honda, with Motul alongside them for every turn of the wheel.

In an event where only the toughest, most reliable and highest performing survive, HRC’s Honda CRF450 Rally bikes have run throughout the Dakar with Motul’s off-the-shelf 300V Off Road 15W-60 and RBF700 brake fluid.  These have been proven time and time again to offer the highest levels of performance, quality and maximum protection.

Dakar 2021 was extremely successful for many of Motul’s partner teams in terms of results, with another double podium in the SSV category also going to  Motul-supported entries from the South Racing Can-Am factory squad.  Austin Jones and his co-driver Gustavo Gugelmin took home second overall in the Saudi dunes and rocky terrain, whilst Aron Domzala and Maciej Marton closed the podium in third position.

The ‘Original by Motul’ category was of course a major part of Motul’s involvement in Dakar, with special help and support going to the courageous and gladiatorial riders who compete in the unforgiving malle-moto category with no assistance or backup.  Lithuanian rider Arunas Gelazninkas rose to the challenge and won the world's toughest rally for the Zigmas Dakar Team on a KTM Rally Replica bike.

The Quad category was also highly contested this year, between the 2019 Dakar champion Nicolas Cavigliasso, the French Alexandre Giraud and the Argentinian Manuel Andujar, all of them running with Motul racing  oil 300V Off Road 15W-60. At the end of the last stage, it was Manuel who took home his first overall Dakar victory.

Now it’s time to wash off the sand, catch up on some sleep and start planning for Dakar 2022 when hopefully more people will be able to return to the event to either compete, spectate or support. The clock is already ticking!