Melchior Verheezen was a Dutch photographer and producer with a passion for everything that moved and especially customising things. But now, a sudden career change has meant a shift of focus from creating images to creating the coolest E-bikes you’ll ever see. Introducing the Rat Rod E-bike. 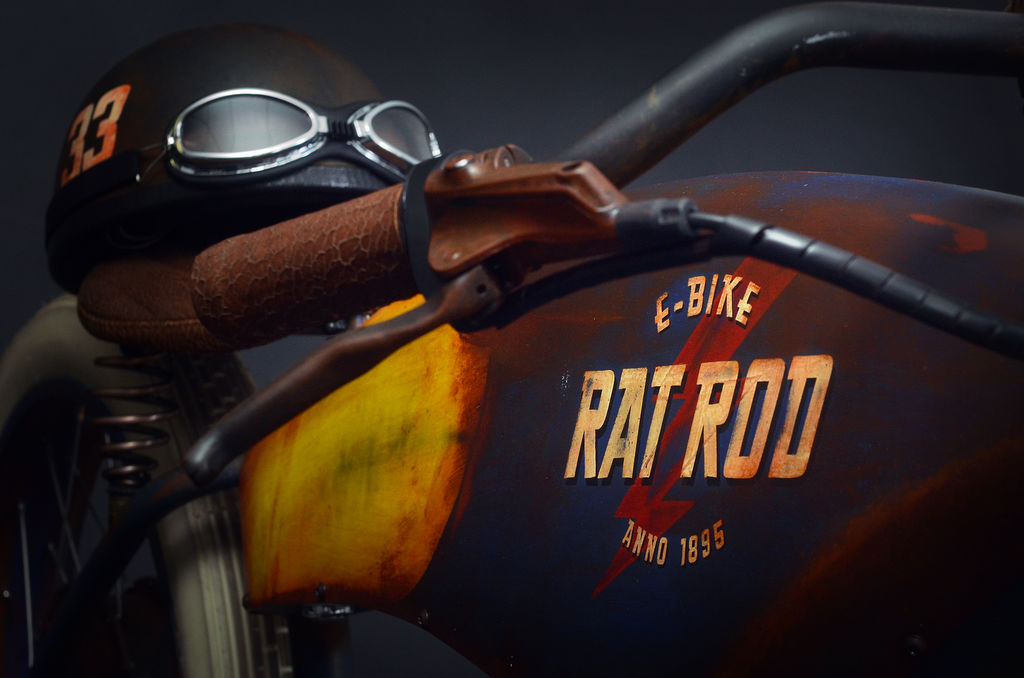 Melchior, from being a photographer to building E-bikes is a big leap. When and how did you decide to make that jump?

It all started when I teamed up with a bike builder. I created some content for him, in exchange for some parts. I just wanted to build my own bike and have some fun with it. I’ve always tinkered and customized everything I owned. I guess it’s something that all creative people do. We always want to make our own stuff. At the time I had no plans to turn it into a brand or anything. But people responded really positively and suddenly I got a call from the organisers of AutoRAI in Amsterdam (the Netherlands’ biggest car and bike show), asking if I wanted to have a booth at the show. The only problem was that I only had one bike. So, I got to work and after a few long days in the workshop, BT2 was born and in May 2015 I showed both my prototypes at AutoRAI. All of a sudden, I had a brand!

What’s the design philosophy behind your creations?

The design is inspired by the board tracker racers of the 1920s. Famous brands such as Harley Davidson were racing their machines on wooden tracks. That’s why my first and second prototypes were called BT1 and BT2 - BT stands for board tracker. 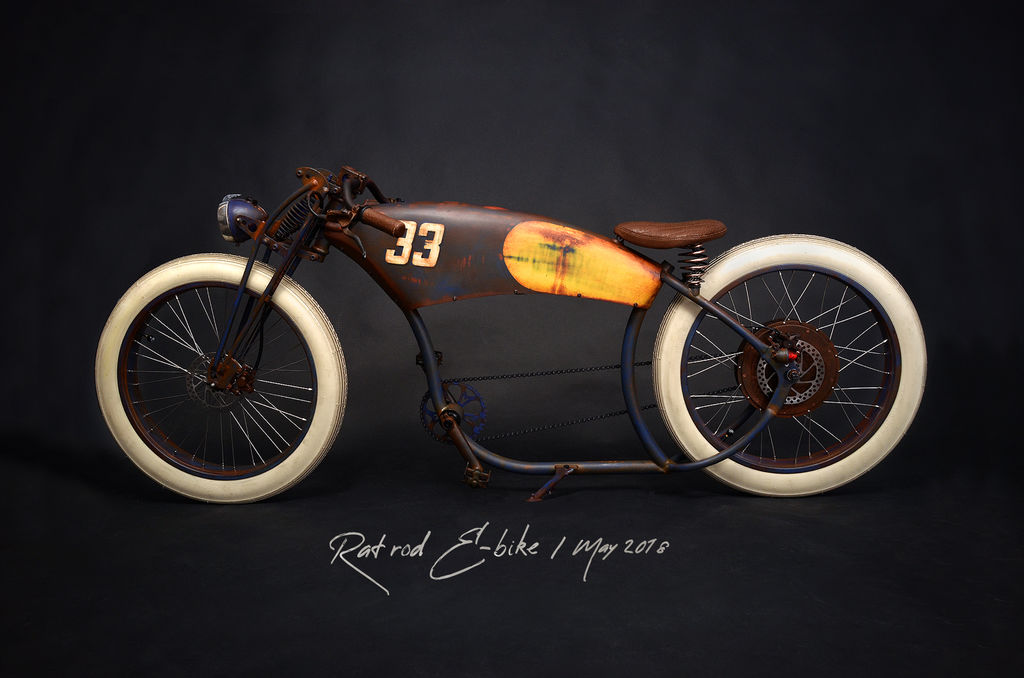 Why E-bikes and not regular motorbikes?

Well, it basically all started from my personal needs. A long time ago I was involved in quite a serious car accident and injured my leg. Since then I’d always suffered a bit from issues with my legs and walking long distances so I thought an E-bike might be a good idea for bobbing around town. The look of the bike and the “fuel tank” are just a neat way to hide an ugly battery.

Are all the E-bikes custom creations?

Yes, I don’t have a standard model. Every bike we create is a custom job. We’ve already managed to create some bikes for a few race drivers who were very interested, one of them being a very famous Dutch Formula One driver. The main thing I love about the bikes is the number on the side though. 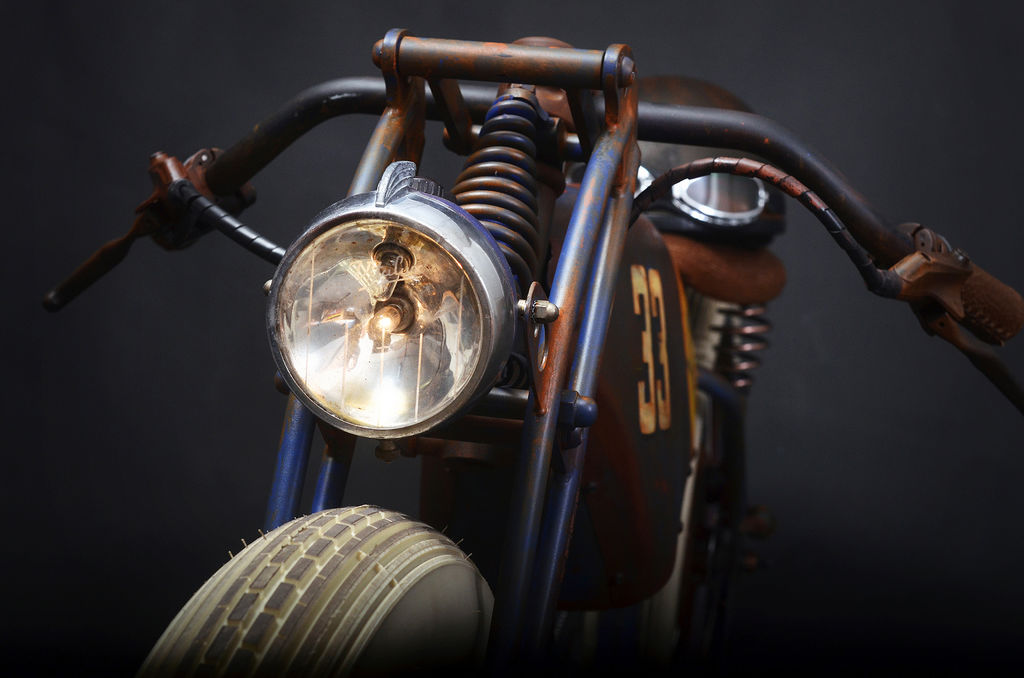 And what makes that number so special?

You can go around every racing paddock asking why people picked the race number they have. There’s always a story behind it. For instance, with me it’s #63 because of the 1963 Mercury Monterey that I own, which I have so many fond memories of. I have a client who wanted a bike with a number 69 on the side of it. It ended up being a display piece in their bedroom… I don’t think I need to comment any further on the rest, do I? (laughs)

You mentioned that your bikes have been used as static displays. Are you disappointed people don’t ride them, or do you see them as works of art?

It works both ways. Some people ride their E-bike really hard, and others see them as artworks. Given my background I’m quite proud that they’re seen as works of art. Maybe I’ll make one in the future that is designed specifically to be an art piece. 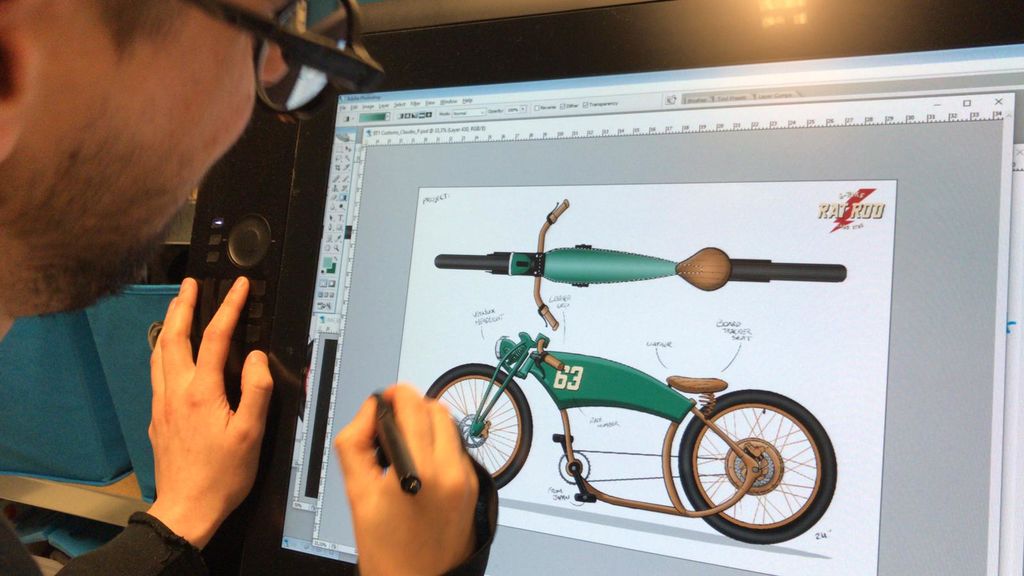 What’s your next step? Where do you see the Rat Rod E-bike going next?

First and foremost, I want to streamline my organization. For the first time in my life I’m negotiating with investors now. And we want to have our own frame instead of having to modify an existing one. That way we can make the company more efficient and crank up the numbers we can produce. That would be great. 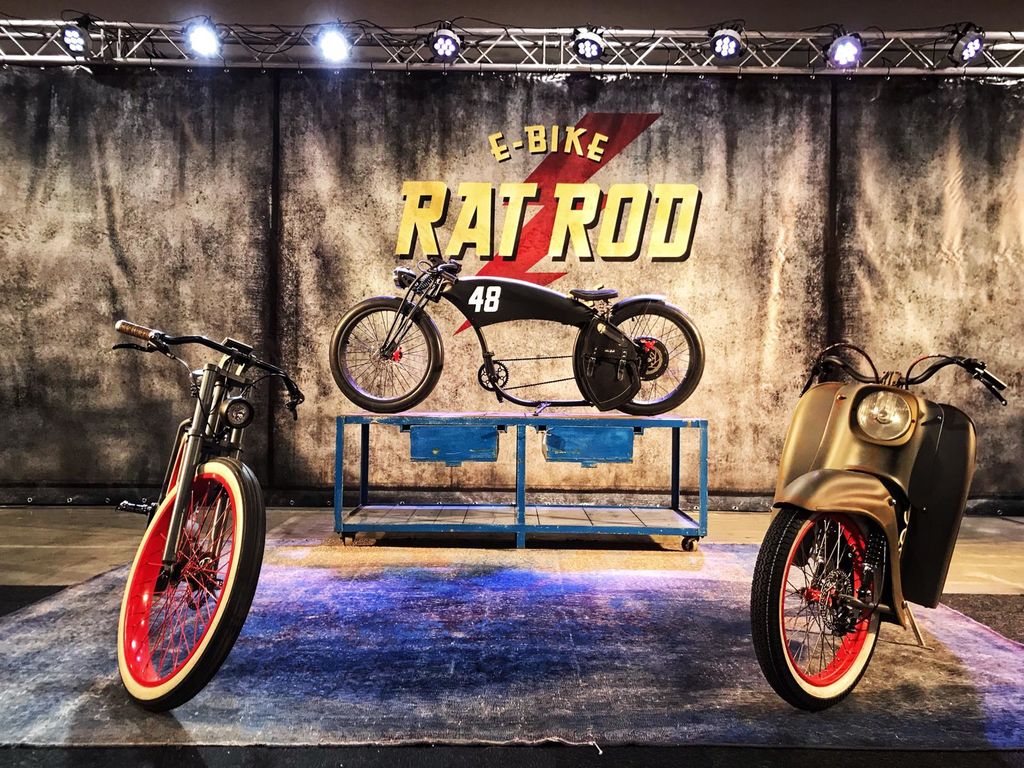