Back in the early seventies, racing was still a very thin line between life and death. Safety zones and limits on horsepower were non-existent… In those days, it was all about courage and fearlessness when it came to go flat-out. With a real risk for competitors of losing their own lives, the early years of rally were full of highs and lows. In the early seventies, the iconic Italian brand De Tomaso participated in the Group 4 rally championship.

Kenny Neirinck and his brother Andy, the two Belgian brothers from Kean Suspensions, have created the perfect tribute by remodelling a De Tomaso Pantera with a Group 4 Rally trim, in a perfect Motul Livery as it was in those days. We had a talk with Kenny about this unique build and the brand’s history. 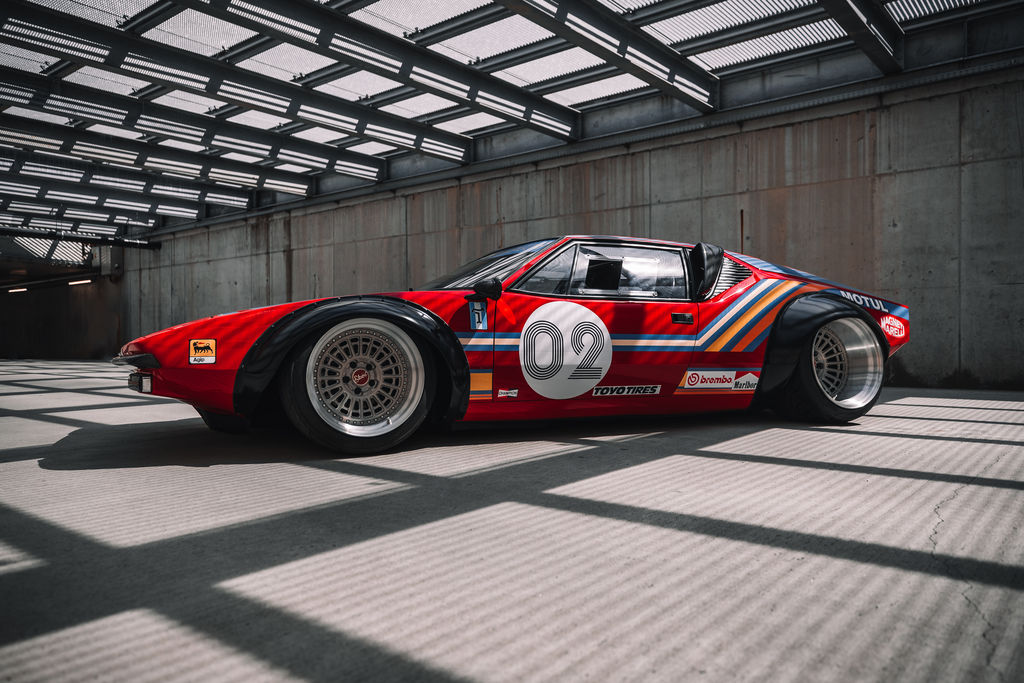 Kenny, why did you choose to work on such a difficult project as a De Tomaso Pantera?

We started out 12 years ago remodelling modern cars, improving the springs, suspensions, rims, and over the last 3 years that has become a fulltime job. We mainly work on modern cars in the customization scene and, besides the modern cars, we also take care of track setups for old timers. Both being petrol heads, we always felt a strong attachment to older iconic, rare and fast cars. I always liked the fluent lines of this car, so when the opportunity rose, I simply bought it. 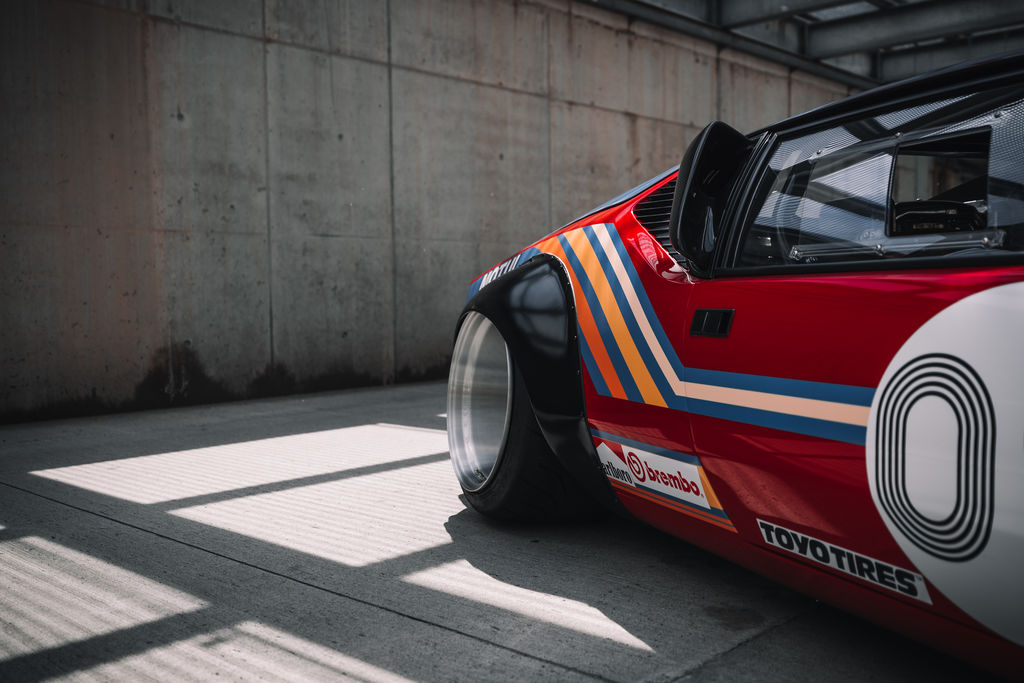 What’s the story behind this car?

De Tomaso is an Italian company that built cars from 1971 to 1993. Ghia’s designer, Tom Tjaarda, designed the car. The first models were powered by Ford engines from the Cleveland range with a sideway ZF Transaxle. The Pantera logo included a T-shaped symbol, which was the logo used by De Tomaso's Argentinian cattle ranching ancestors, as well as a version of the Argentinean flag turned on its side. It was inspired by the company's founder, Alejandro De Tomaso, who was born and raised in Argentina. So, it’s a very multicultural car actually (laughs).

I would have preferred to buy a GT5 version, but because De Tomaso’s were never mass-produced, there are very few around and they get snapped up very quickly. We found this GTS one year and a half ago in Los Angeles in an original and pretty well-preserved condition. The original colour was ’vale’ yellow, but after doing some research we found out the Candy race team used to race several teams in endurance races in the early seventies with this reddish Motul livery.

Before the Group 5 came into place, the design also became more rectangular during that period and the new model lost a lot of its timeless beauty. This car dates from the same period as the Porsche 917, and the sculpting of the bodywork has really stood the test of time. 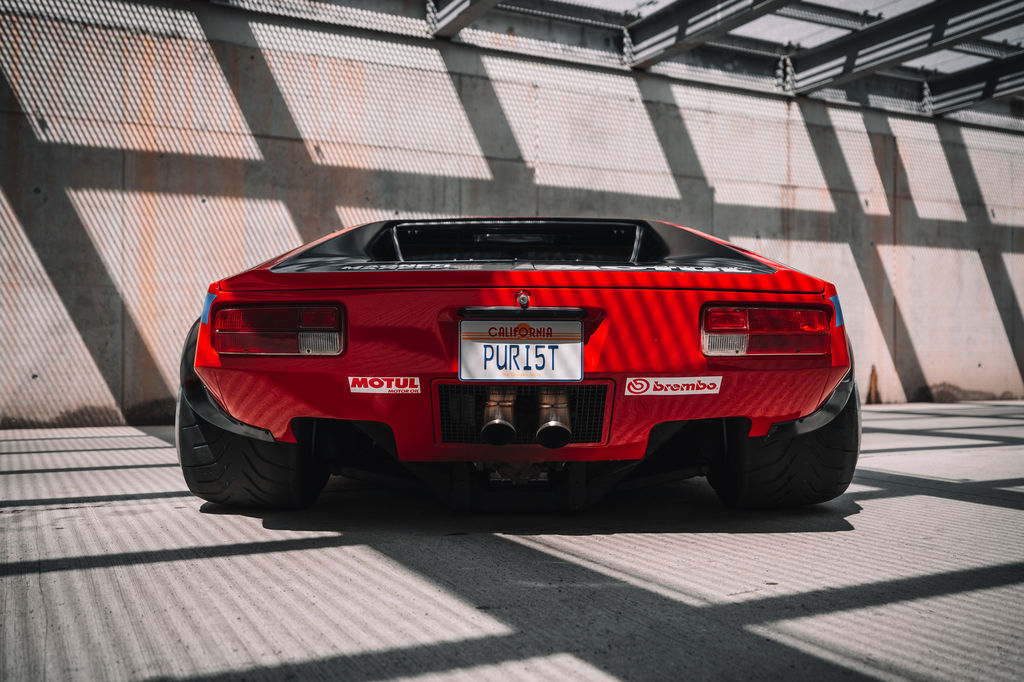 Quite a few changes have been made to improve the overall aesthetics. How do you decide on the final result?

After a year of hard work, we finished the car in May 2019. It was quite original, apart from the rims which were missing so we rebuilt it in a reversible way – meaning that I modified it to my personal taste, but if I ever decide to sell it, I’d like to be able to reverse it to stock condition. We did not like the yellow on this car. The Motul livery is an accurate reproduction from that period. It was actually the most attractive livery from that period. The first Group 4 Pantera’s were entered into the 1972 24 Hours of Le Mans to compete with the Porsche 917s and Ford GT 40s, so it was the perfect inspiration for this build. A total of only 14 Group 4 cars were ever made worldwide. I wanted it painted red anyhow, so that’s why we went for this classic race-look. 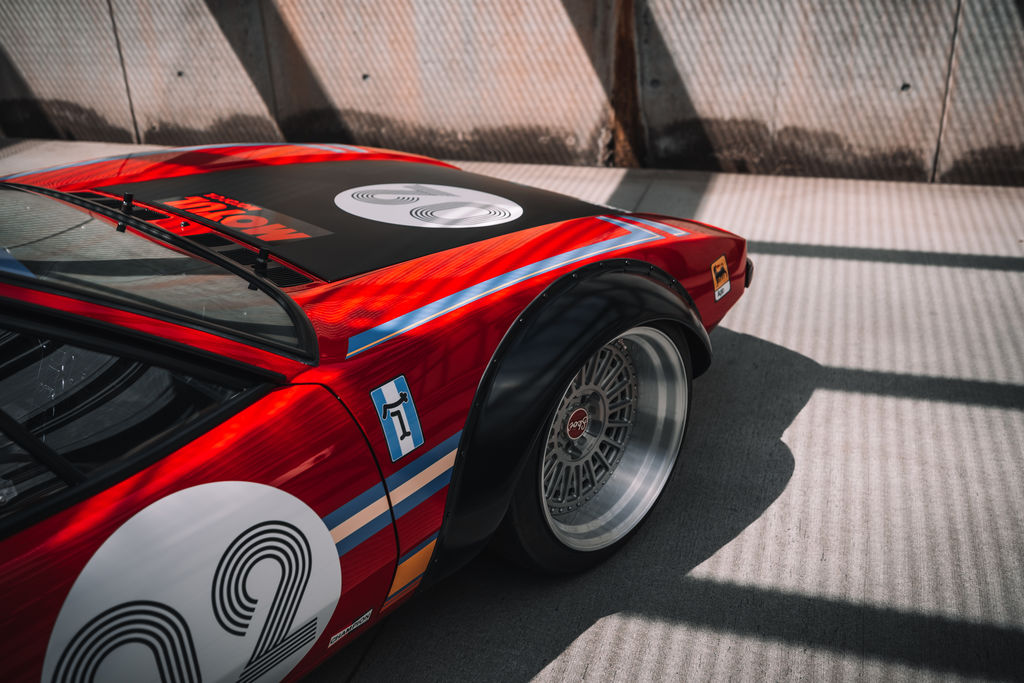 Which modifications did you make?

We kept the original 351 engine, but the new 427 V8 Big Block that we installed has much better performance and delivers around 600 hp. The race fenders are a set of original ones that I found with the former owner of the Candy Factory. That’s quite a story actually. The man is around eighty years old now and lives in Brussels. He used to run five ‘Candy’ race teams in the seventies, and by coincidence I bumped into him at a car event. We cut out the original wheel fenders and replaced it with the Group 4 wide fenders that I bought from him.

We also installed the four-barrel carburettors, but in later race versions Weber produced an eight single-carburettor powered fuel system. We’re actively looking for a set, but spare parts are extremely rare and very difficult to find for this car. We were obliged to change the interior; the original seats were so small that I simply did not fit in the car. I think it was made with very small Italians in mind (laughs). We also installed a roll cage, and of course a new adjustable air suspension setup for a smooth ride. I had the rims tailor-made by an American company the way I like them. Because the tyres are so wide, no other company could deliver the ET-value that this car needed (red.: ET = Wheel Width and Offset). 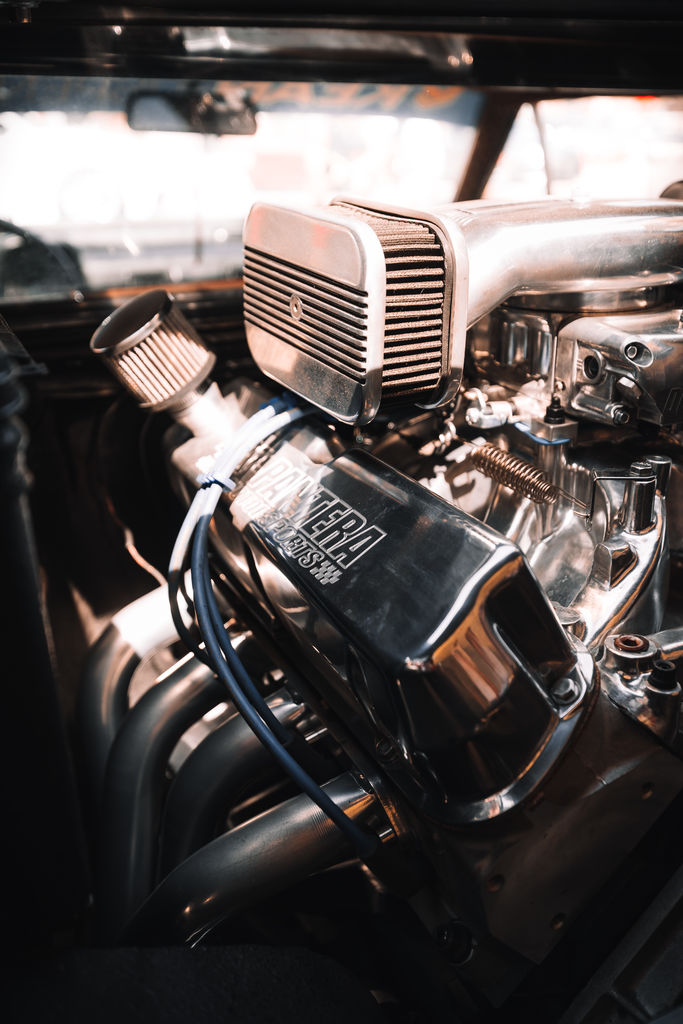 Is the car road legal yet?

We’re working on it. Because it is so rare, there is practically no information to support the regulatory agency in their decision. The same goes for the brakes. We’d like to upgrade them too. Traffic in the seventies wasn’t quite the same as in 2019! But we hope to be driving it at full throttle on public roads next spring. 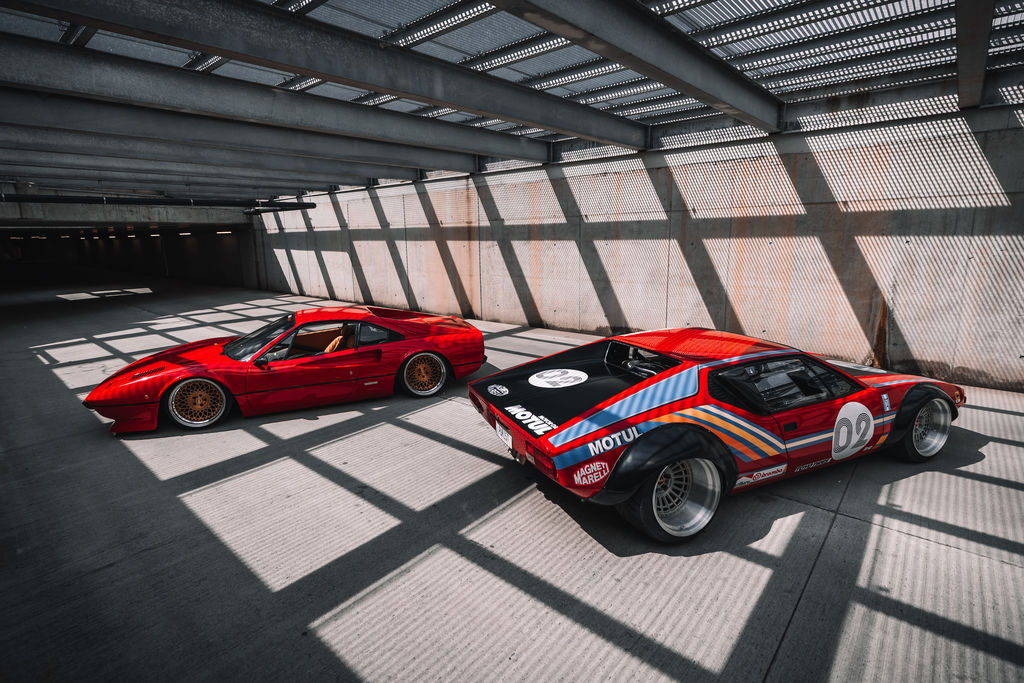