Final preparations are complete, the riders and teams are on their way to Jerez for the Spanish Grand Prix on 19th July and the 2020 MotoGP season is ready to get underway following the long break caused by the global health pandemic. As a longstanding official partner to MotoGP, Motul has worked closed with the Promoter to come up with some exciting and innovative new digital projects aimed at the fan community whose passion and loyalty to MotoGP is legendary.

#EmpowerYourRide By MotoGP One of the great new social media assets which is part of Motul’s activation portfolio for the top category is “#EmpowerYourRide by MotoGP”, formerly MotoGP Buzz.

This project will increase awareness of Motul and its products inside the MotoGP community and, most importantly, build on the Empower Your Ride concept which Motul launched in November last year. In this interactive environment, fans who are passionate about their rides can share social media content and, through a tiered series of actions, gain the chance to become the next Motul Superfan, the money-can’t-buy fan experience programme which has gone from strength to strength in recent years.

The reality of MotoGP Fantasy!

New for 2020 is Motul’s involvement as Technical Partner and Performance Provider for the immersive online MotoGP Fantasy Presented by Motul game which allows fans to play and predict what will happen in the upcoming race.

Fans can create and manage their own dream team, choose riders and manufacturer, manage strategy and upgrade performance by using the 300V Boost – Motul’s renowned and proven product once again providing race-winning opportunities! League users get the chance to win amazing prizes including an exclusive EmpowerYourRide MC Care kit made up of the same products used by the Motul supported MotoGP teams.

The plan bringing it all together A fully bespoke and action-oriented production plan has been put in place to bring together all the different digital elements under the #EmpowerYourRide concept.

These include video clips covering best starts, top tips, best onboard action and what happens next educational films relating to Motul’s expertise in bikes. Add those to the Motul Superfan programme and MotoGP Fantasy Presented by Motul, and there’s plenty for the millions of fans around the world to enjoy wherever they are. 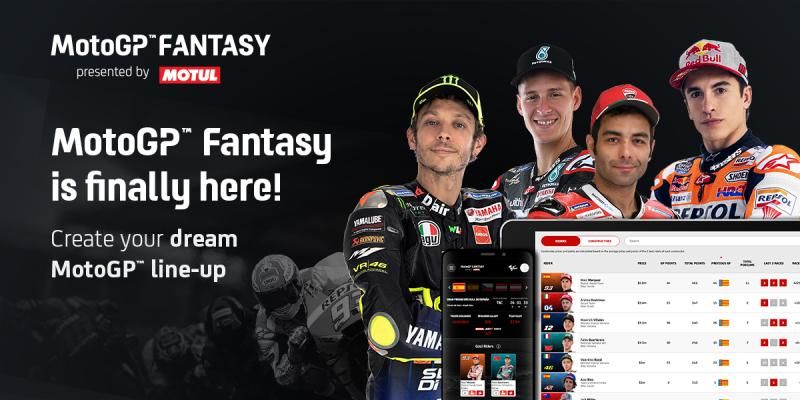