Motul and the Dakar Rally. It was a partnership written in the stars. When Motul officially partnered with the infamous rally in 2017, it was one of the final pieces of the perfect Dakar puzzle. The Dakar rally, supported so vigorously by competitors full of enthusiasm and determination, typifies Motul’s core values of brotherhood, passion, integrity and technical innovation. The collaboration is a match made in heaven. Together with the organisers of the rally, we’re looking forward to the start of the 2023 rally on the 31st of December, and a whole new set of challenges and changes. 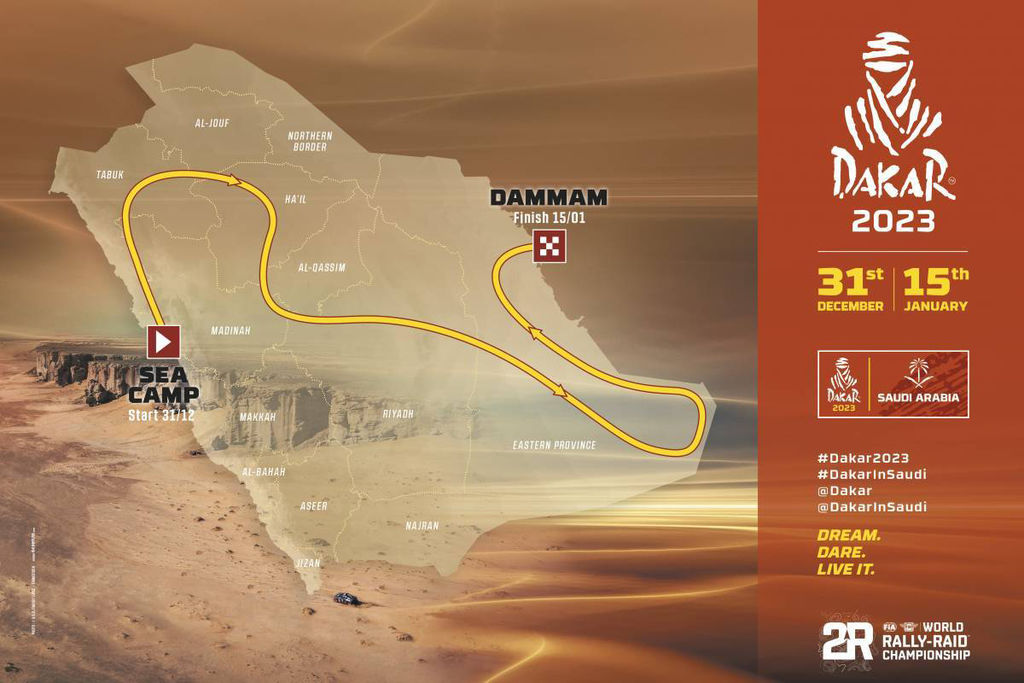 A new and challenging itinerary

This will be the fourth edition of the Dakar to be held in Saudi Arabia, departing on December 31, 2022, and crossing the finish line on January 15, 2023. It will also be the first round of the FIA-FIM World Rally-Raid Championship.

The route will take the pilots from the beaches of the Red Sea to the sands of the Arabian Gulf in Dammam. This crossing of the country will be, in fact, a complete tour as the 14 stages will first lead the Dakar to the north-western mountain regions before heading to the deep southeast for a three-day journey through oceans of dunes in the Empty Quarter. 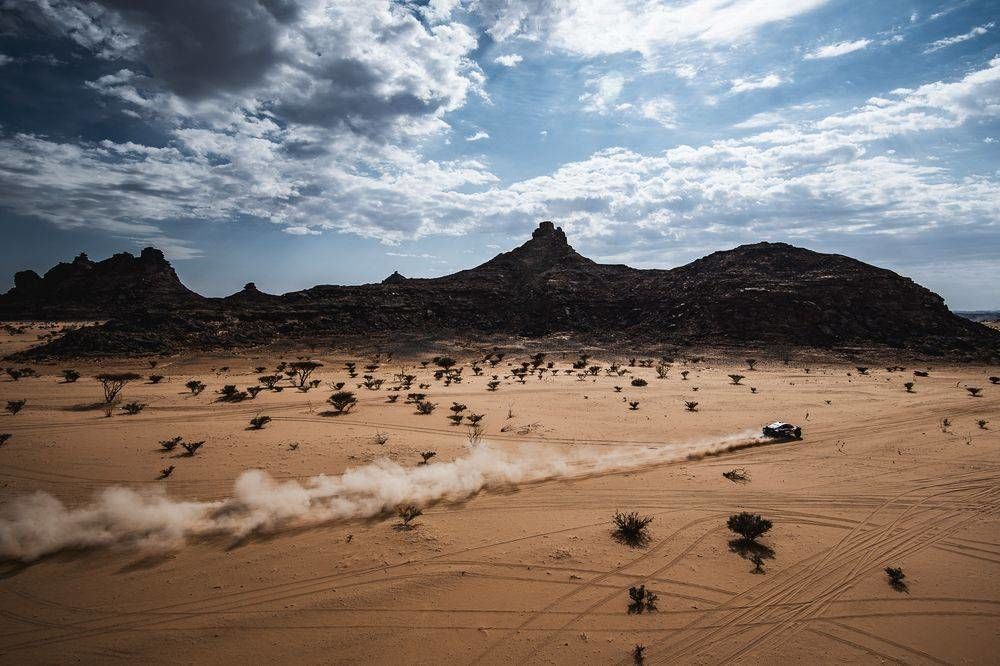 The journey starts in November in Castellet, France

The competitors will arrive in Saudi Arabia in a friendly atmosphere near the beach. The new start format will accommodate the entire Dakar caravan during the final technical and administrative checks, which will take place mainly at the Castellet circuit at the end of November. The structures have been redesigned for the occasion to include entertainment and provide areas for hospitality and interaction. The "Sea Camp" concept consists of taking over a piece of desert by the sea. 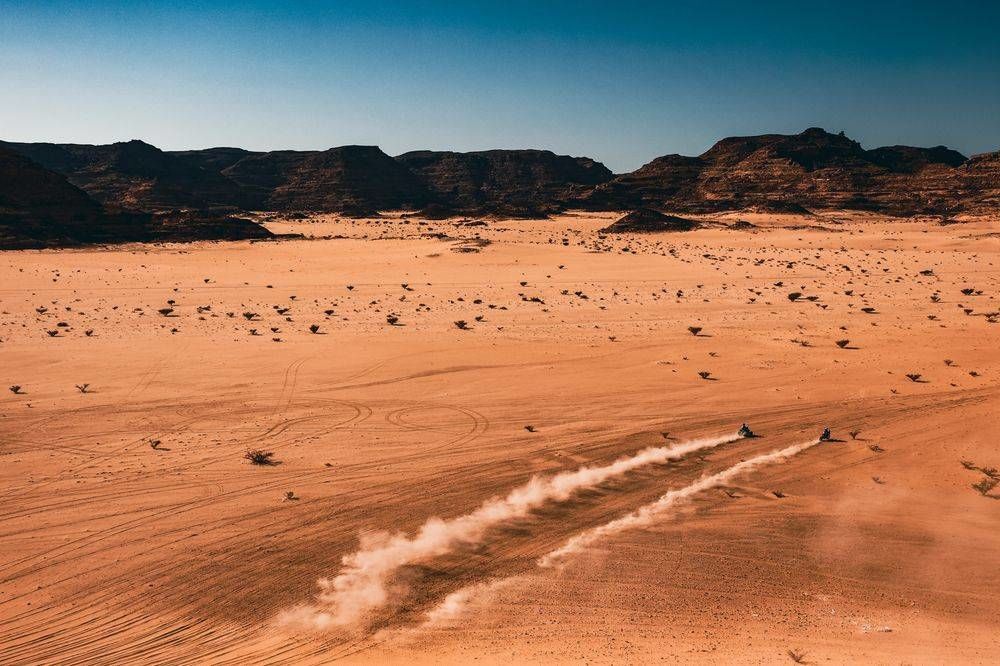 The 2023 Dakar is characterised by its length, with 14 stages plus a prologue for 15 days of competition. The itinerary includes 70% new special stages. It is also the densest rally format in its modern era. The overwhelming majority of the special stages are close to 450 kilometres. The liaison sectors will be shorter, with the finish lines closer to the bivouacs, which will reduce liaison times. In total, with almost 5,000 kilometres of special stages, this edition will feature the longest distance of competition since 2014. 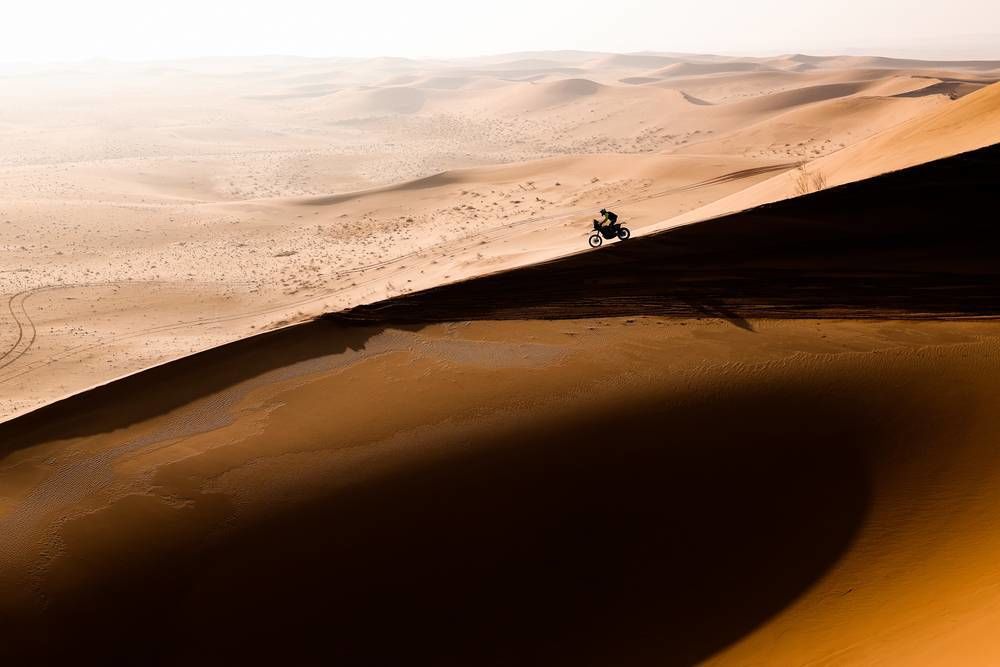 Three days in the Empty Quarter

The Dakar competitors have become familiar with this immense region of Saudi territory designated as the Empty Quarter of the Arabian Peninsula. But forays to the marathon bivouac at Shubeyta in 2020 or loops traced from Wadi Ad Dawasir only revealed a minuscule portion of this vast desert. Thanks to the route that provides communications with the neighboring state of Oman, a much deeper immersion is now possible and allows for a bivouac to be set up in the extreme eastern region of Saudi Arabia. The pilots will also have to cope with the challenge of a marathon stage during the three days in the Empty Quarter. 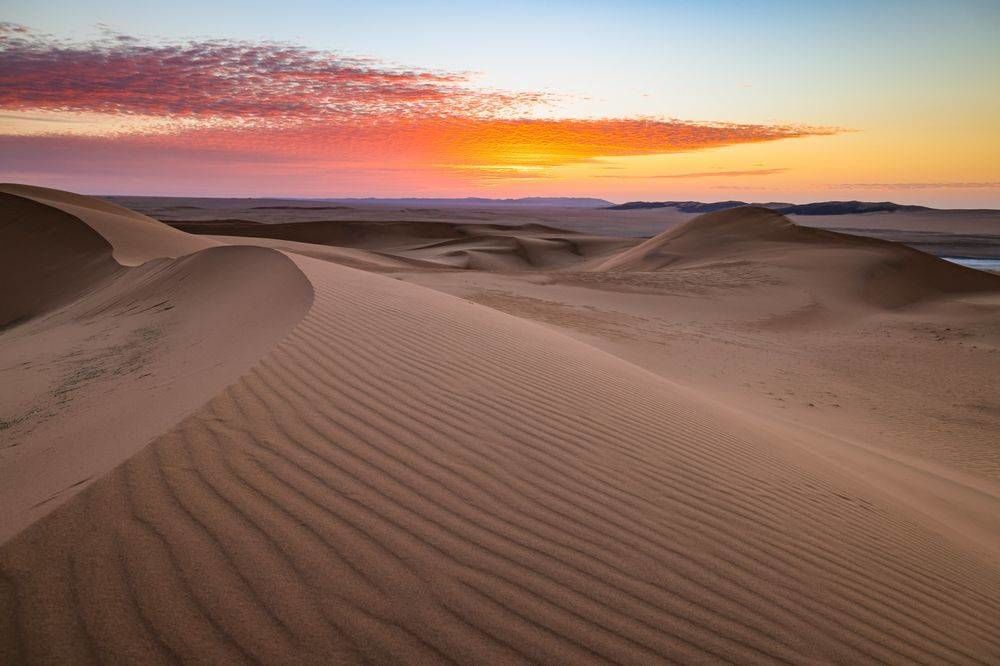 The Dakar has the distinction of assembling the most successful competitors on the planet and enthusiasts who set themselves the sporting challenge of a lifetime with much less pretension. The mutual pride in competing on the same route is part and parcel of the essence of the Dakar. The respective means of the professionals and the amateurs provide additional encouragement to the latter, who will benefit each day from a separate classification and prize money. There will be a list of factory drivers for each category based on the results in their rally-raid careers. Explorers will compete for valuable bonuses to validate their improvement in the discipline such as equipment. 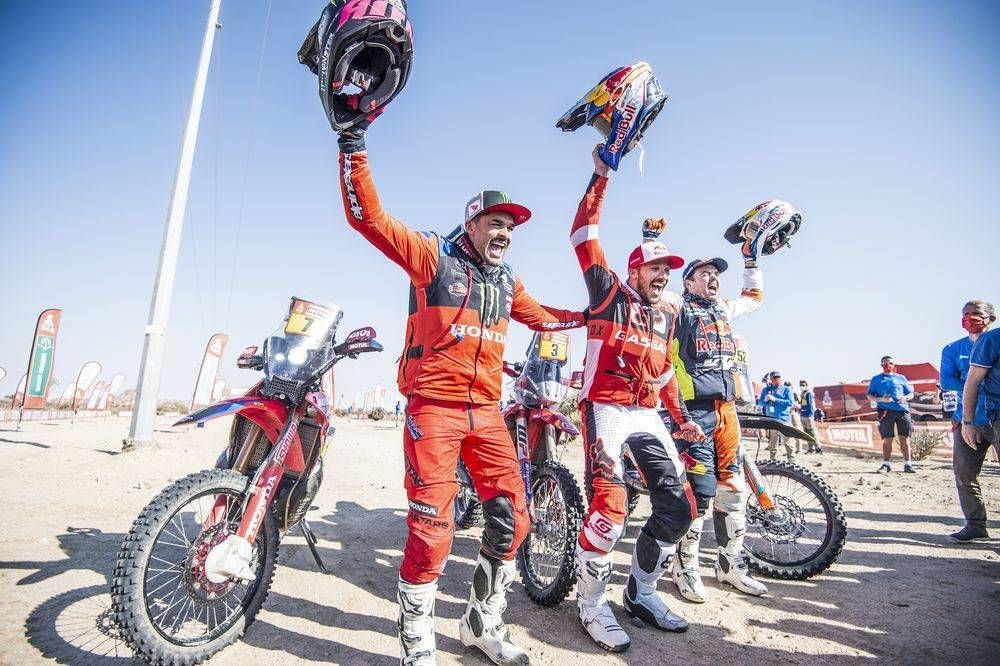 The principle has been known for a long time in elementary schools where teachers sometimes hand out different assignments to two neighboring students – a clever way to ensure competitors will not be tempted to copy. Similarly, the routes of most of the special stages will be split into two over a more or less long section, with the roadbooks of A and B routes assigned randomly. Competitors tempted to follow their predecessors without thinking run the risk of missing their waypoints and thus incurring severe penalties. 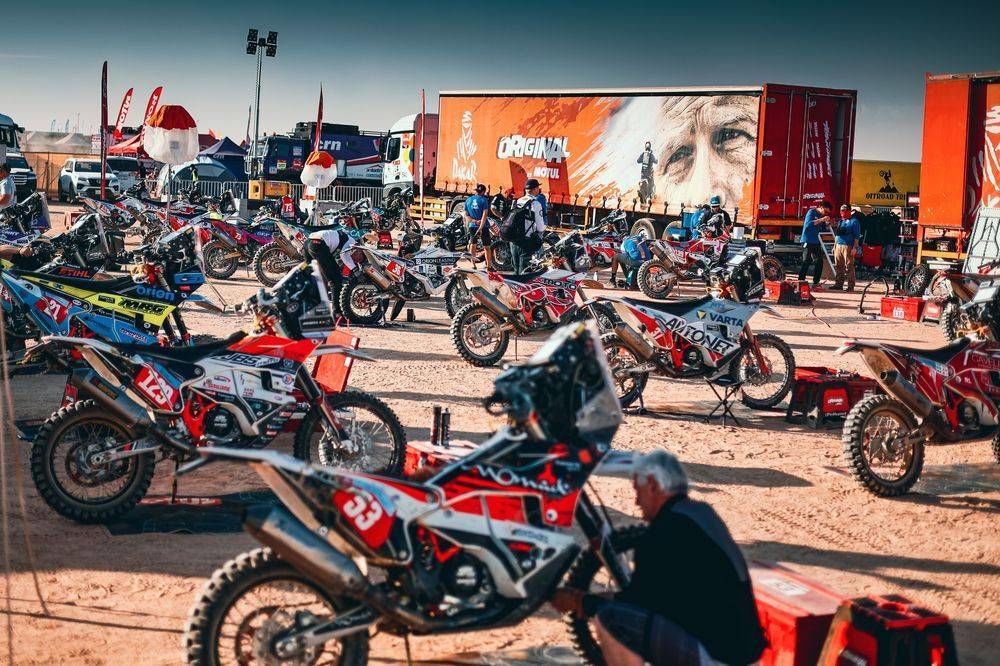 Bikes: a bonus for opening a stage

The sequence of stages causes a yo-yo effect among the leading riders that can give credence to opportunist race strategies. Being the first to start a stage is the most delicate position of all. It so happens that the stage victory can be perceived as a disadvantage to such an extent that some riders voluntarily forego the win to avoid exposing themselves to a quasi-inevitable loss of time the following day. This year, time compensations will be awarded. 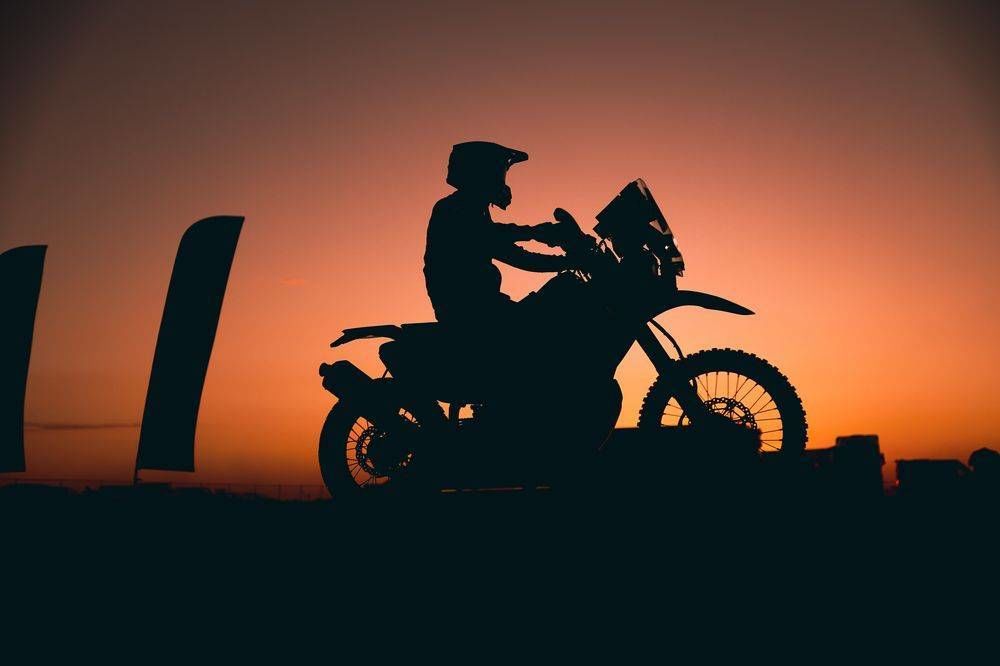 A digital roadbook for all vehicles

Paper is a thing of the past. For the past several years, tablets have appeared in the cars and then trucks before being tested by the elite category riders. The system has been thoroughly tested and is now ready to be used in all categories. All vehicles will be equipped with this digital version beginning this year. 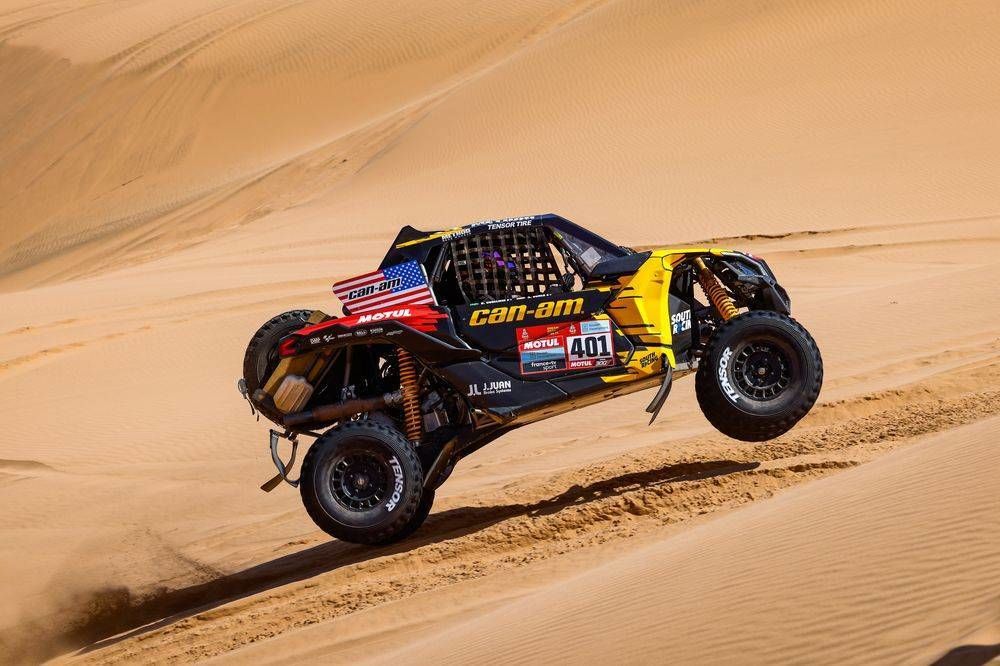 With 140 vehicles, the second edition of the Dakar Classic was a great success and highlighted the significant differences in potential between the older cars and those from the late 1990s. Thus, an additional speed group, called H0, has been added to define lower average speeds adapted to less powerful cars. There will be two new challenges: "Authentic Codriver Challenge" for vehicles that enter without modern regularity instruments; and "Iconic Classic Club" for original vehicles that participated in the Dakar in the 20th century, thus excluding all "replicas". A selection committee will limit the number of entries to a maximum of 150. 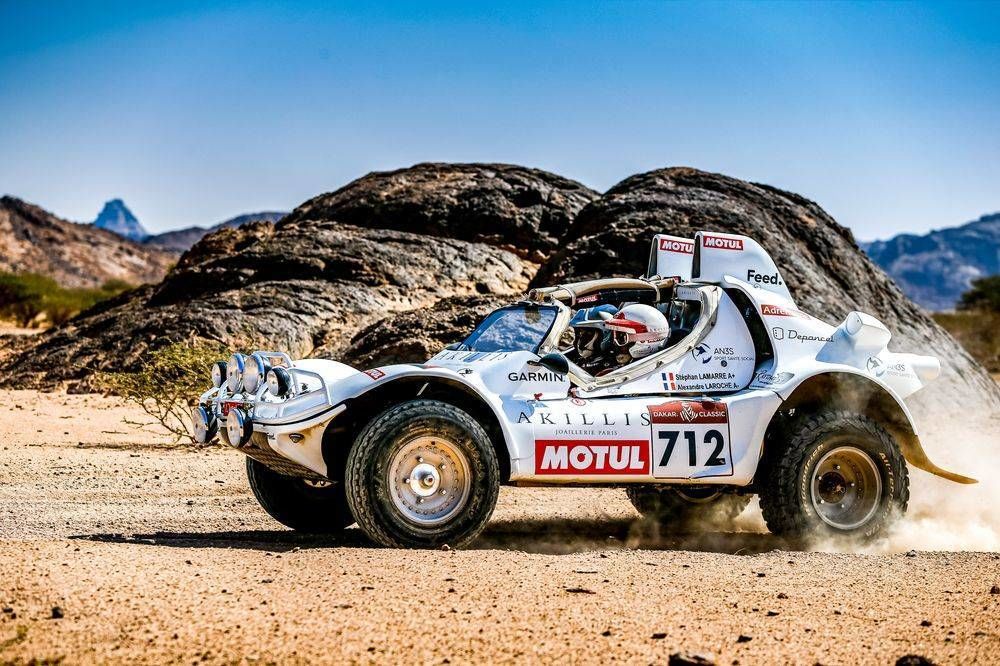 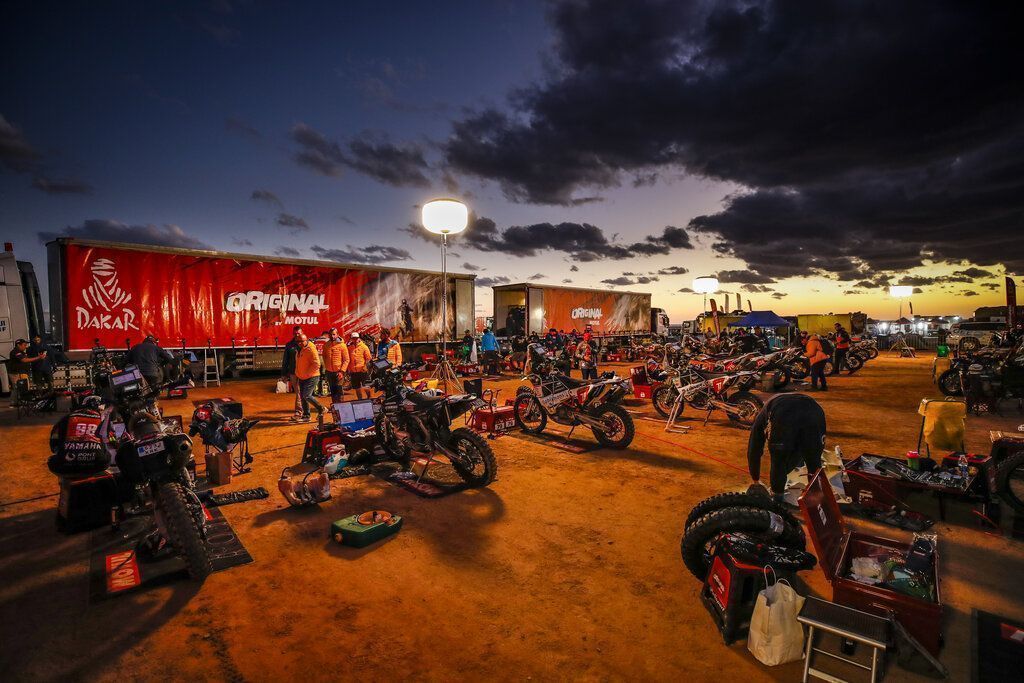 As Motul scientist Céline Danion stated earlier when she returned from the rally: The Motul Racing Lab is a mobile laboratory that analyses, live and on-site, the lubricants from all parts of the machine (engine, transmission, differential). The lab is installed in a truck, allowing us to travel almost anywhere on the globe, like following the Dakar, which we’ve just returned from: almost two weeks in the middle of the desert. When analyses are good, it reassures the teams, and they are then more confident for the rest of the course. When the results are bad, they are grateful to have that information and have a chance to fix it before it’s too late. Finally, the Motul Racing Lab is not only a device. There is also a team around it that provides real technical support to teams and works hard to try and help them to finish and even win an event like the Dakar Rally. The Motul Racing Lab is not just for show. 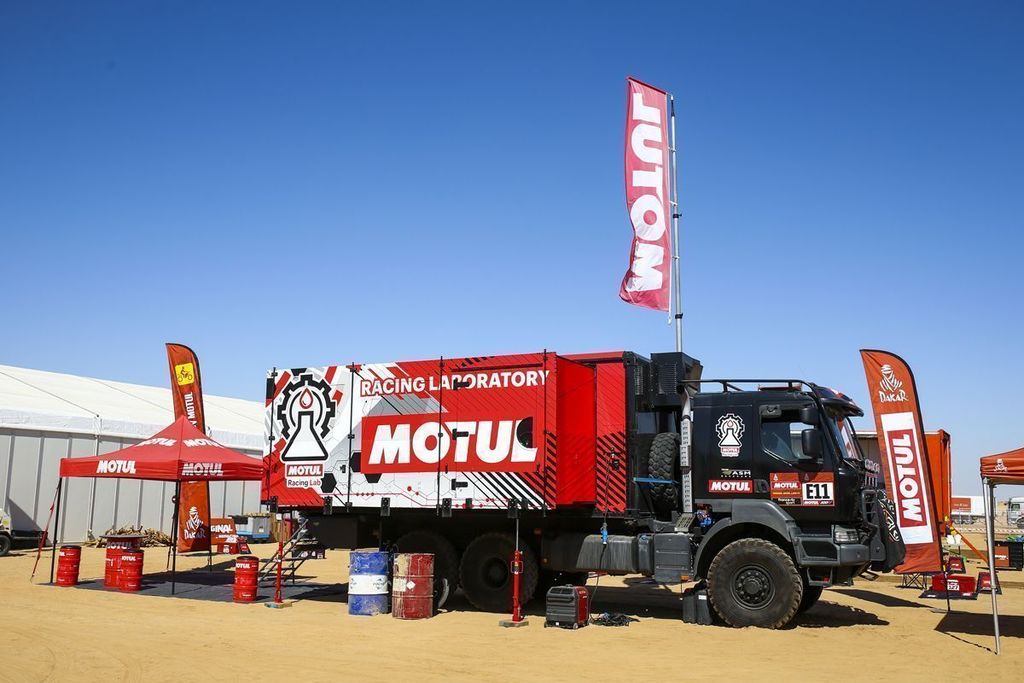 Through our social media, we will be providing people with daily updates and backstage images on how the event is going. Who will be king of the sand dunes and desert terrain in 2023? Stay tuned to all Motul social channels to find out! 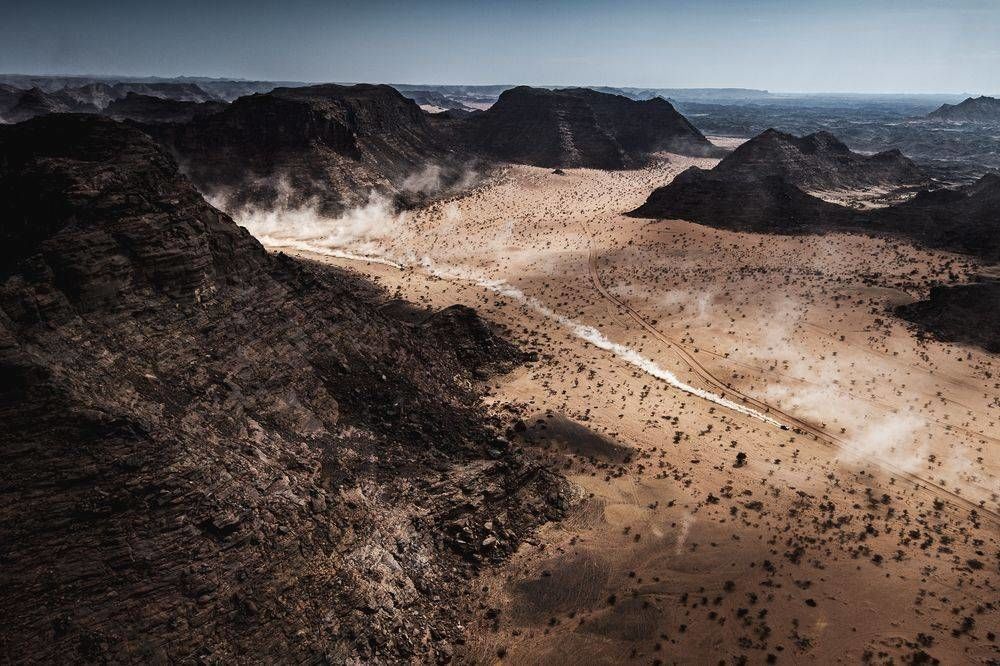