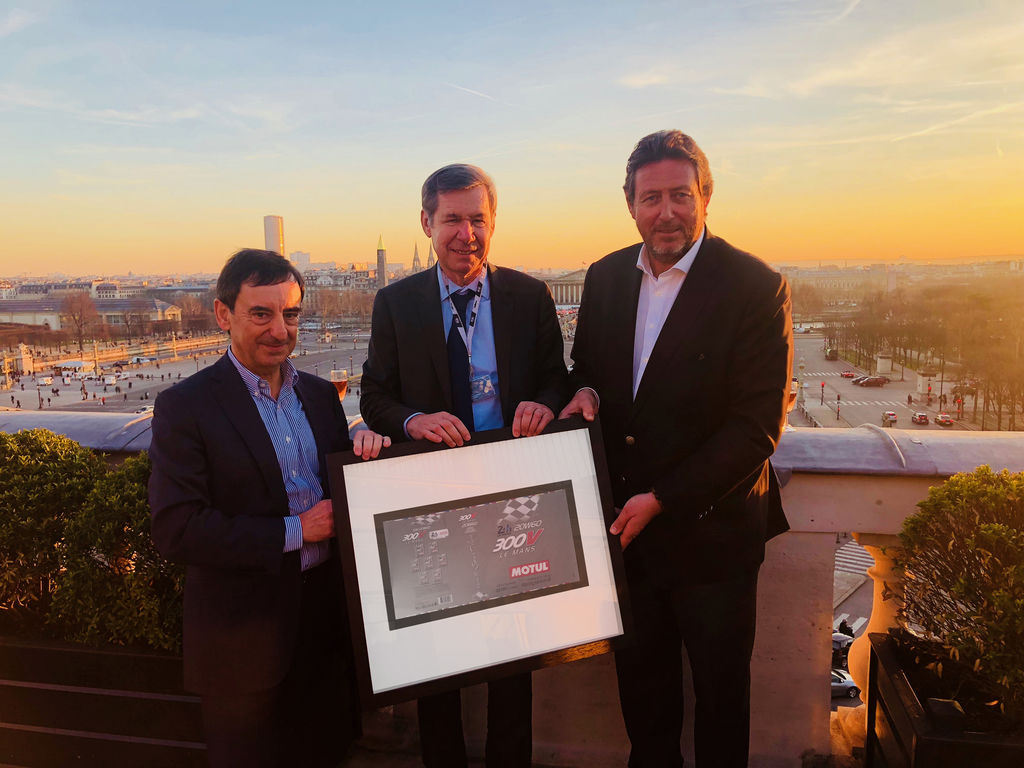 A multi-year contract between the Automobile Club de l’Ouest, the FIA World Endurance Championship and renowned international lubricant company Motul has recently been signed, extending the relationship between Le Mans, international endurance racing at the highest level and one of the industry’s most trusted names.

The ACO’s benchmark endurance races, on two and four wheels, are an ideal testing ground for the research team at Motul, the hi-tech engine lube specialist, so are the very demanding FIA WEC’s endurance races all over the World.

With the official list of 60 entrants plus the ten names on the reserve list to the 2019 24 Hours of Le Mans set to be revealed tomorrow, the Automobile Club de l’Ouest, the FIA WEC and Motul are delighted to announce the renewal of their agreement, starting with the 24H Motos on 20/21 April 2019.

“Loyalty, continuity and ingenuity are key features of the roadmap that we have been following for several years with our partner Motul and we are thrilled to pursue the relationship between our two organisations. Our flagship races the 24H Motos and the 24 Hours of Le Mans, the FIA World Endurance Championship, our karting circuit and racing driver schools all benefit from Motul’s experience and professionalism. At a time of fundamental change for the automotive world, such valuable, solid ties are vital.”

“ Motul has been a valued and faithful partner to the WEC and has contributed greatly to the championship.  It is not only a technical partner of proven excellence and reputation, offering competitors the consistency and performance they seek in order to win world-class races, but also a key player in our paddocks in many other ways. We are delighted that the continuation of this partnership will allow us to move forward together.”

Thierry Quilan, President of the Management Board, Motul:

“It goes without saying that we are delighted to renew our partnership with the Automobile Club de l’Ouest and the FIA World Endurance Championship, strengthening the bond we formed a few years ago.  Like Motul, the ACO has been at the forefront of automotive development and technology for a very long time, but we continually look to the future.  We share many common values with the ACO and, more recently with the WEC, as competition is in our blood and indeed in our DNA.”