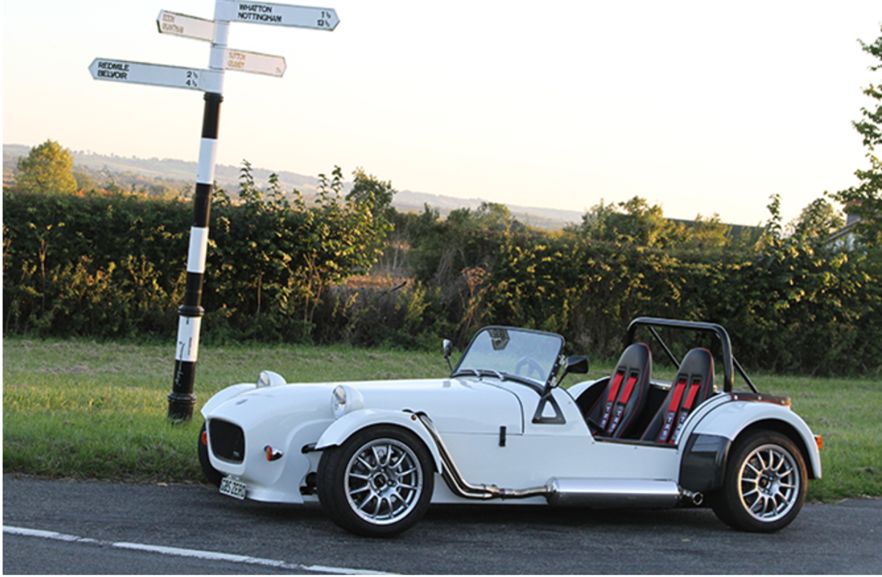 Motul is delighted to announce a new partnership project with bespoke UK car constructor, Great British Sports Cars (GBS): the Motul-Edition GBS Zero. The lightweight hand-crafted sportscar is now in build with the Nottinghamshire company, ahead of a public reveal at the end of July during The Classic at Silverstone.

MOTUL GBS ZERO TO BE LAUNCHED AT THE CLASIC AT SILVERSTONE

The Motul-Edition GBS Zero will feature a host of Motul-inspired design features unique to this partnership but, even more than this, the whole build will feature Motul involvement. GBS is proud of its in-house engineering capabilities and manufactures the vast majority of components from scratch, using Motul throughout the various processes. From its machining of metal billets through all of the necessary turning, drilling and assembly processes to the first fill of all lubricants, as the final part of the car’s journey to finished automobile, Motul products are being used throughout.

Motul is looking to make the whole build process interactive, with regular reports of the car’s build progress before it makes its public debut as part of Motul’s activities as Official Lubricant Partner of The Classic at Silverstone.

Launching immediately is a competition where enthusiasts can design the livery for this prototype car and subsequent production examples. From today, through to the end of May, anyone in the UK can download the car’s blueprint drawings as part of an official entry form on a dedicated competition webpage, which they can then design up and submit, for the chance to be part of the official unveiling as Motul’s guests at the Silverstone Classic, seeing their livery design becoming reality.

The competition is being split into two categories. There is an under 16 and an over 16 competition, to encourage designers of all ages to get creative and be part of this somewhat special opportunity. Family passes to be Motul’s guests at Silverstone’s Classic and some great Motul gear will head the way of the winners together, of course, with the overall winner seeing their design come to life. A panel of judges, which will include some well-known names from the world of motoring, will decide on the winning entries.

The ultra-lightweight Zero sportscar will be powered by a2.5 litre Ford Duratec engine, specially prepared by Neil Brown Engineering, the company that provides the motive power for the UK FIA Formula 4 championship  - a series where Motul is proud to be the lubricant partner, providing the spec engine oil for all competitors. With a 240BHP unit, a dry sump oil system, ATR throttle bodies and a kerb weight of only 500kg, the Motul-Edition GBS Zero will have a power to weight ratio of almost 500BHP/Tonne, which will make it extremely rapid!

Great British Sportscars and Motul have agreed a long list of specialised Motul branded parts. Therefore, along - of course - with its livery, expect to see Motul sculpted onto, or etched into, the brake calipers, headlamp covers, interior upholstery and even the chassis itself as just some the many design points that have been spec’d out between Motul and GBS.

Motul has many exciting partnerships in which it is active around the world, but Silverstone’s Classic has been chosen as the venue for the  car to make its public debut for a number of reasons, as Motul’s UK Business Development Manager Andy Wait explains. “We were delighted only a few weeks ago to announce our partnership with Silverstone for The Classic. It is a huge festival of enthusiast motoring, with more than 100,000 people expected, so we wanted to make our first appearance there memorable and, therefore, to have the climax of the Motul GBS Zero initiative at Silverstone seems apt. Also, of course, the car has a retro look and feel to it, so it fits in well with the spirit of the event, and it will give us the chance to gauge public reaction to the car, as well, overall of offering us a great chance to showcase so much of what Motul can offer.”

Motul UK Distributors, Witham Motorsport, were the driving force behind the project, as MD, Nigel Bottom explains. ”We have been supplying Motul product to Great British Sportscars for some time and, having had the chance to meet Richard (Hall) and tour the factory, I was hugely impressed by the depth of their engineering skill, by their innovative ideas and by the fact that there was potentially a great story to be told, on the start-to-finish - and beyond - part that Motul plays in the construction of the GBS Zero. The idea of a Motul-Edition seemed like a logical extension of this - so we have embarked on what is a truly novel venture for a lubricant brand.”

Updates on the Motul-Edition GBS Zero can be found on Motul, Witham Motorsport, GBS and related UK Social Media.

More details of the Livery Design Competition and official entry form are available at: http://www.withamgroup.co.uk/gbszero-motuledition

The Classic at Silverstone runs from the 30th of July to 1st August. 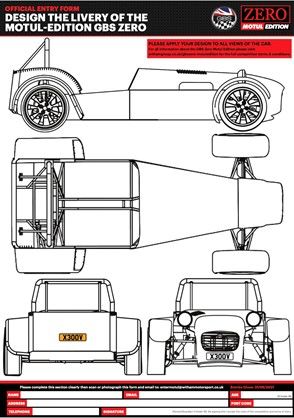 Motul has a long history in the automotive world, having been established in 1853 and developing the first multigrade engine lubricant in 1953. 1966 was a hallmark year in Motul’s pursuit of invention with the creation of ‘Century 2100’ - the inaugural first semi synthetic oil, hailed by the whole automotive sphere as the industry’s next catalyst to high performance.

In 1971, Motul was the first lubricant manufacturer to pioneer the formulation of a 100% synthetic lubricant for automotive engines based on technology from the aeronautical industry. 300v was born, and using today’s technology, is considered as the benchmark in motorsports.

Motul continues to develop its lubricant technology today and is involved in the triumphs of many global racing teams from the Dakar Rally to Goodwood Revival. Motul has also developed strong technical agreements and cooperation with some of the world's most quality-minded and reliable Original Equipment Manufacturers: Honda HRC, Suzuki, Aprilia, MV Agusta, Nissan Nismo, Toyota, and Subaru as well as the most premium high-performance engineering companies such as Brabus and APR.

Great British Sports Cars is a leading name in the British and worldwide sports cars industry. Over 25 years of experience has been leveraged into the evolution of the GBS Zero, using all the best elements of the past while combining them with the most up-to-date design and manufacturing processes. Since its launch, the Zero is now enjoyed by hundreds of owners around the world.

GBS owners benefit from our continued development of the Zero, offering an ever-increasing number of products and services to enhance the car’s appearance and performance. With over 10 years of Zero production experience, GBS has now developed the Second-Generation car, compiling a decade of refinements into one simple to order package. Numerous refinements have been incorporated as standard to ensure a safe, high quality vehicle. The Zero has unprecedented handling due to its 50/50 weight distribution, achieved by moving the engine rearward from the front axle and this is complimented by fully independent front and rear suspension arms.

The complete GBS in-house manufacturing and design facility enables customers to benefit from a managed supply chain that ensures GBS products are delivered consistently to the high-quality standard that customers expect.

Witham Group has been a manufacturer of award-winning lubricants and paints for 100 years. Witham Motorsport is part of the Witham Group and used to capture its love for cars and racing and involvement in many different motorsport industries throughout the UK.  A huge part of Witham Motorsport is the unique relationship it has with the lubricant giant Motul and is immensely proud to be the sole UK Importer and Distributor of Motul Automotive Products.

The unique Motul and Witham Motorsport Partnership has unrivalled expertise, and is able to offer outstanding quality and proven, reliable engine lubricants, greases, brake fluids, gear oils, cleaning products, classic and vintage oils as well as the latest technology care systems and paint products with confidence and pride. Witham Motorsport provides the whole range of Motul Automotive Products throughout the UK, working closely with stockists, distributors, workshop, garages, direct customers, and the racing industry. The automotive market is an exciting arena where top class products are required to ensure performance and reliability and our reputation across the line is second to none.

People and good service, as well as quality products, is at the heart of the Witham Motul Partnership able to help with technical advice on lubricants and also offer next day delivery to individuals via its online shop. 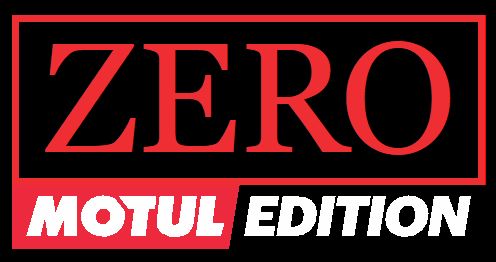