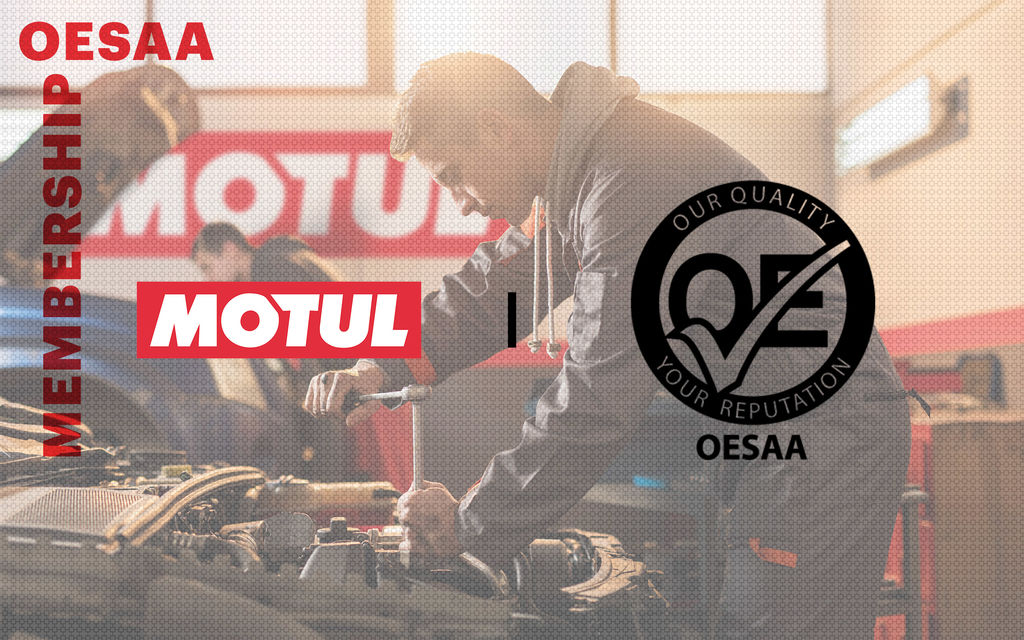 MOTUL is delighted to announce that the Original Equipment Suppliers Aftermarket Association (OESAA) has welcomed the global lubricant brand into its portfolio.

The Motul name is renowned the world over for its high-quality lubricant offer on both four wheels and two. It is the best-selling motorcycle lubricant brand in the UK - and it has recently announced two new OE partnerships with sportscar manufacturers RUF and Glickenhaus, to add to its existing OE portfolio, such as Brabus (pictured). Joining OESAA, both reflects its OE pedigree and is also a sign of Motul’s intent to become a challenger brand in the UK aftermarket.

Created to increase awareness at workshop level, highlighting the differences between the quality and testing of genuine OE products and those claiming to be ‘matching quality’, OESAA is the perfect home for the Motul brand and, in-line with Motul’s history of innovation, it becomes the first OE lubricant supplier to hold membership.

Motul UK and Ireland Country Business manager, Callum Goodland, explained why the brand has become part of OESAA. “The ethos behind OESAA has impressed us. We are well aware of the work the organisation and the brands behind it have done, from helping educate technicians about the fundamental differences between OE and non-OE, to delivering training throughout the UK and Ireland, and those messages fit in really well with the Motul brand.

“We aim to be a proactive member, so we would like to be involved with OESAA’s training projects and the other industry events in which it participates. We have a lot of messages and information to communicate to both distributors and workshop technicians, which will prove invaluable in both the short and long-term. OESAA provides us with a platform to demonstrate what a quality-driven, leading lubricant brand can offer the UK automotive aftermarket.

OESAA Chairman, Nigel Morgan, welcomed Motul to the organisation, where it joins an illustrious list of OE suppliers.

He commented: “We’re delighted to have Motul onboard to strengthen our campaign. It’s a brand that I know shares our passion for quality that is looking to forge a presence in the UK aftermarket in the way it has done in many European countries.

“We know that garages are committed to supporting OE brands because they recognise that the parts quality and technical support is the best available. Put simply, they know that installing parts from OE suppliers will protect their customers - and their reputation.”

Universally recognised for more than 165 years for the quality of its products, innovation capacity and involvement in the field of competition, Motul is also recognised as the specialist in synthetic lubricants. As early as 1971, Motul was the first lubricant manufacturer to pioneer the formulation of a 100% synthetic lubricant for automotive engines, the 300V lubricant, making use of Esters technology and issued from the aeronautical industry.

Throughout the years, Motul has gained experience as an official supplier to many manufacturers and racing teams, and contributes with them to further technological development in motorsports.