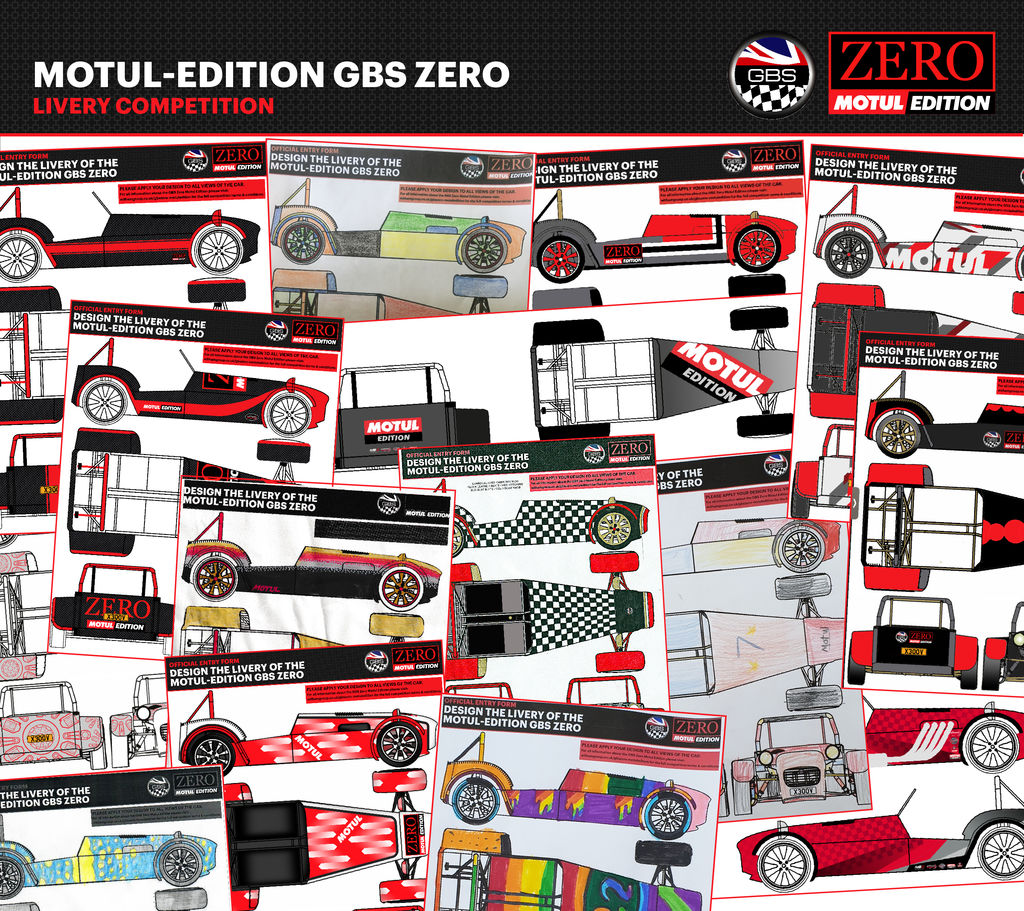 With the judging completed in the livery design competition for the prototype Motul-Edition GBS Zero, Motul, Witham Motorsport and Great British Sportscars are delighted to announce the overall winning design and also the winning entry for the under 16 age group.

The winning design for the car came from Bedfordshire’s Martin Lines, whose livery concept was chosen from a number of excellent entries by the panel, which was made up of Motul, Witham Motorsport and GBS Zero Directors in what was a generally very high standard of entry. Martin’s design was selected for its ingenious use of all of the GBS Zero and Motul creative branding areas.

Martin’s winning design will be revealed on the prototype Motul-Edition GBS Zero, when it is unveiled at The Classic at Silverstone at the end of July, for which Motul is the lubricant partner. Martin and family will be Motul guests at the event for the public reveal of the car and Martin’s prize also includes a behind-the-scenes tour of the GBS factory at Ollerton in Nottinghamshire. The design will remain secret until the event. 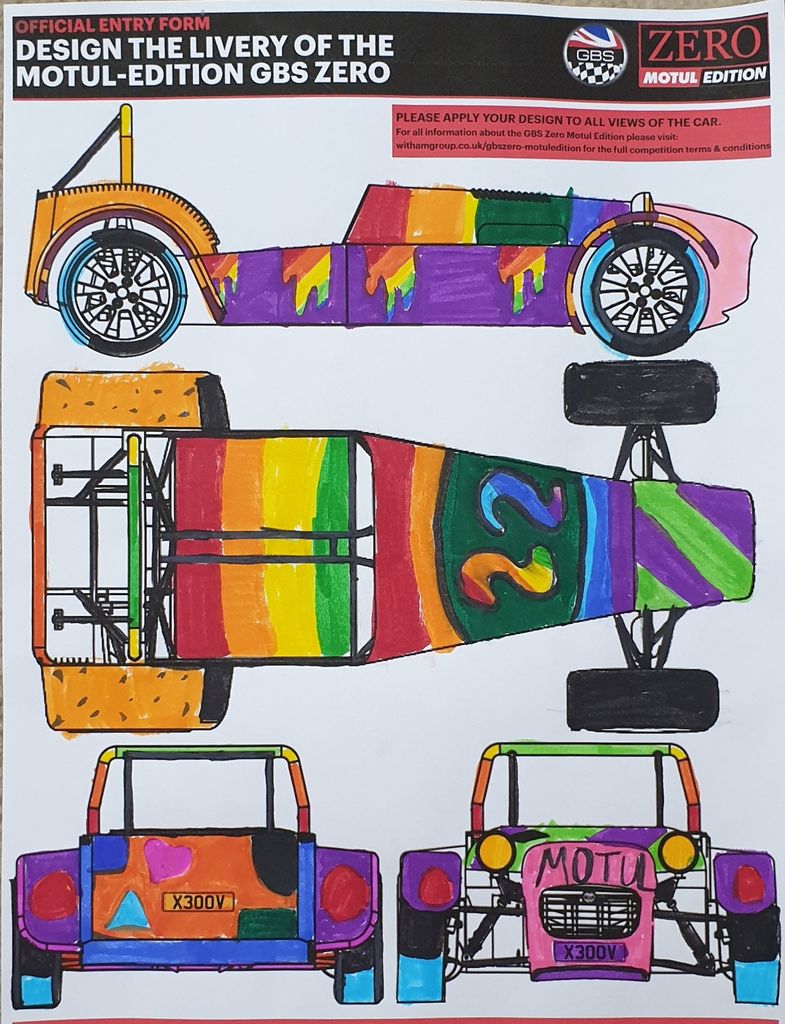 The prize for the Under 16 category goes to Kent’s Kaira Milburn, who is 10. Kaira submitted an amazingly colourful design, as can be seen here, below left. Kaira’s concept impressed many of the judging panel with its current relevancy for the UK as well as its bold use of colour. Kaira will also win family tickets for The Classic at Silverstone, as well as a selection of Motul merchandise.

“We had some great entries for the competition and were so impressed by the standard that it was very hard to decide which design to choose - so I would like to hugely thank everyone who took the time and the trouble to enter,” enthuses Motul UK & Ireland Area Manager, Callum Goodland.

Nigel Bottom, MD of Witham Motorsport added, “It was a really close-run thing, as the car would have looked really good in various of the livery ideas that were submitted, but I think when people see the actual design we chose, when it is unveiled at Silverstone in July, they will see why it was a winning livery.” 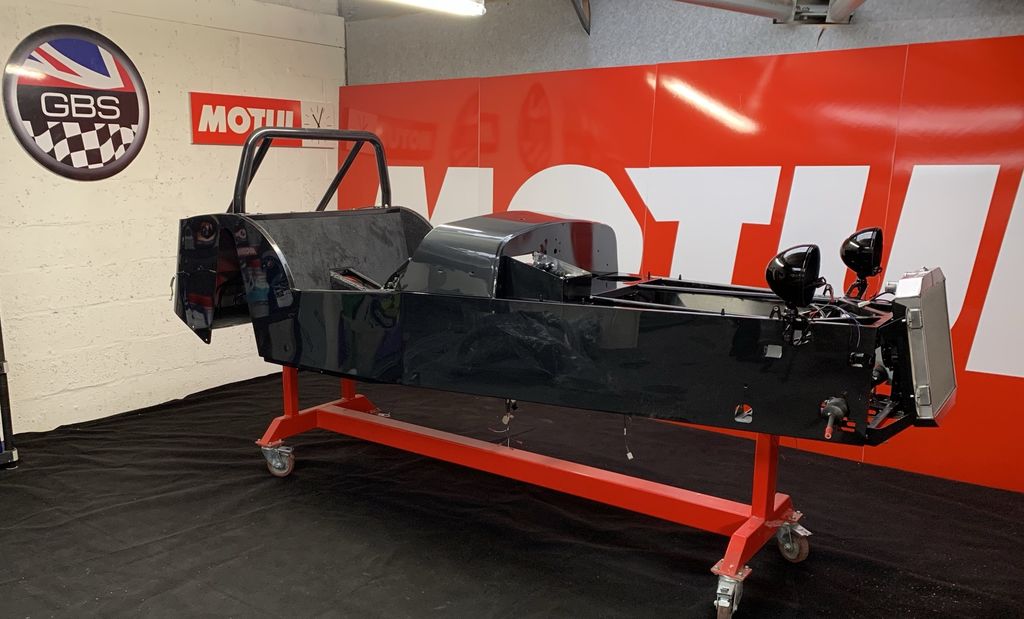 The Motul-Edition GBS Zero, features a host of Motul-inspired design features unique to this partnership and is currently being prepared for painting in the special Motul Build Bay in the GBS factory, in Nottinghamshire. In the meanwhile, work continues on the car’s 2.5 litre Ford Duratec engine, which is being built by renowned motorsport engine builders and suppliers of the engines for the British FIA Formula 4 championship - for which Motul is the specified lubricant - Neil Brown Engineering.

From its machining of metal billets, through all of the necessary turning, drilling and assembly processes to the first fill of all lubricants, as the final part of the car’s journey to finished automobile, Motul products are being used throughout. There will be regular updates on the build, and a short film on the car coming together, illustrating Motul’s “Cast, Drilled, Filled” concept,  will air in August.

As Motul UK Distributors, Witham Motorsport are the driving force behind the project. As Nigel Bottom explains, “ The impressive engineering talent of GBS meant there was a great story to be told about building a car from start to finish uniquely using the whole array of lubricants from Motul. The car project is a logical extension of this concept of Cast, Drilled, Filled and so we have embarked on what is a truly novel venture for a lubricant brand.”

Updates on the Competition and on the Motul-Edition GBS Zero can be found on Motul, Witham Motorsport, GBS websites and related UK Social Media.

The Classic at Silverstone runs from the 30th of July to 1st August and is set to be a memorable weekend for Motul fans as well as for lovers of historic motorsport - and classic motoring in general - across the UK.