Got a spare €173k? Tempted to invest in a replica of a racing legend? British car dealer Classic Classics is selling this faithfully reproduced example of Gerhard Berger’s famous BMW E24 635i Group A Touring Car that he competed in in the 1985 European Touring Car Championship. We caught up with the eponymous owner of Geoff Steel Racing to find out about the car and his impressive pedigree for motorsport.

Geoff, that’s an incredible car. Can you tell us more about it?

We’re delighted to offer this BMW 635 E24 Group A for sale. It’s an incredible machine that has not only been built by us at Geoff Steel Racing but has also been run by us across Europe with great success, from Imola to Paul Ricard, Spa and beyond. This recreation has been built from an original E24 shell. The original suspension uprights, brakes, trailing arms plus the door cards and dash arrangements all contribute to it being the closest replica that we have ever come across. The level of detail in our opinion is second to non, a really great example. 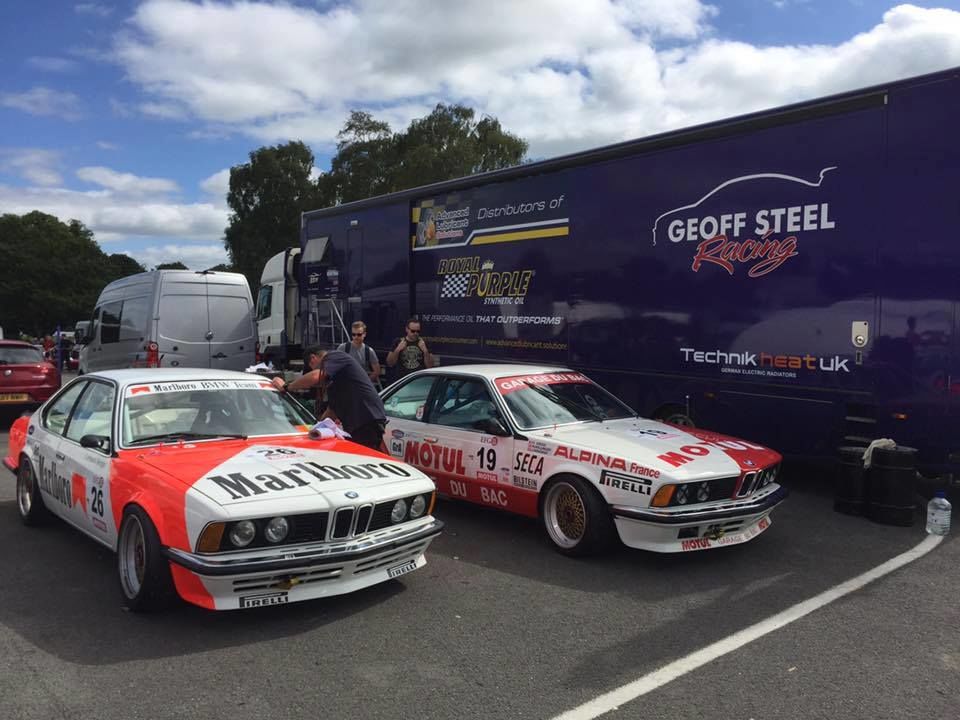 This BMW 635 E24 Group A “Marlboro” was built new by Geoff Steel Racing to compete in the Peter Auto Heritage Touring Car Series, with consistent finishes in the top 10 across Europe, standing 3rd in Group A going into the final round. This car is race ready. It comes fully homologated, with FIA papers. And it has an impressive 310BHP/1200kgs. 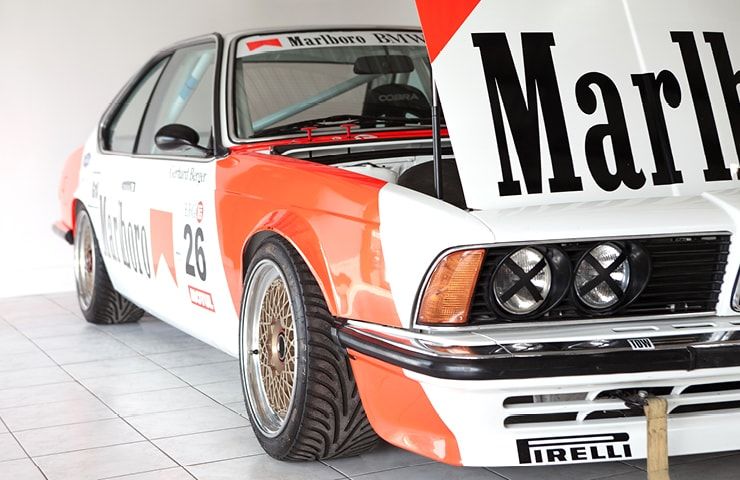 What services does your company exactly offer?

We not only do complete classic car builds but offer a whole host of race services from race team and car provision, bespoke project work, engine and gearbox rebuilds, to full road to race conversions specialising mainly in BMWs as well as track side support, storage, logistics and tuition with me. We have over 40 years of experience in the motorsport industry. 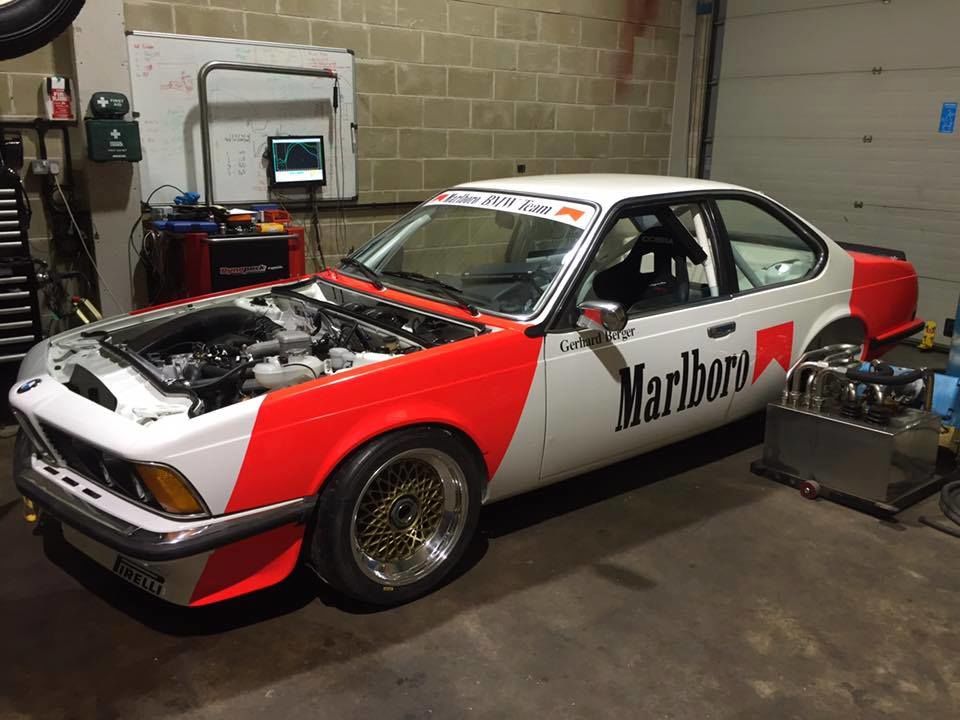 How did your passion for motorsport come about?

My obsession for anything mechanical began at the age of four when I attended my first race meeting with my father. This set my career on a clear path which began with a mechanical apprenticeship and led to an AMIMI Dip Tech (the highest possible accolade for mechanical engineering of that time).

By the age of 24, there was another element that was becoming increasingly hard to suppress. I had a profound need to become my own boss and to have my own garage. This led me to take the leap of faith in 1972 of leaving a very good job at British Leyland as a Technical Correspondent to start my own business. I bought my first car for just £25 and that soon turned into two followed by my first premises. The business was launched. I’ve always been and continue to be at complete ease when I’m in the garage. It is an integral part of me. 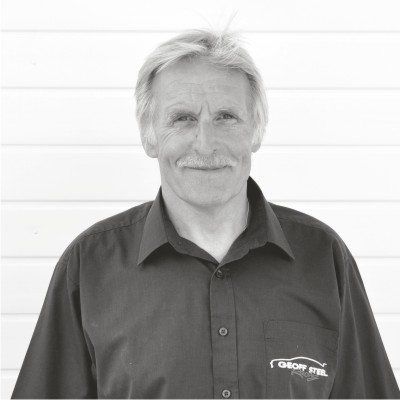 You’ve done a bit of racing, too?

Another constant for me was my involvement with racing. By the age of 20 I’d built and rallied my first car. Although I consistently achieved impressive results, winning the East Midlands Championship several times, and ranking fifth in the UK for example, I was still more interested in the performance and handling of the car rather than the driving itself. In the early 90s I made the change from rallying to racing. I converted my Escort 1800 BDA into a track car, but soon upgraded to my first BMW, an E30 M3. I went on to win the Modified Saloon Car Championship, compete in the BTCC, and achieve multiple outright wins. Towards the end of the 90s I’d been approached by a number of other drivers, all keen to use our expertise to set up their cars, and that’s how Geoff Steel Racing came about.

You can find the car ad here: https://geoffsteelracing.co.uk/race-car-sales/bmw-635-e24-group-a-marlboro/ 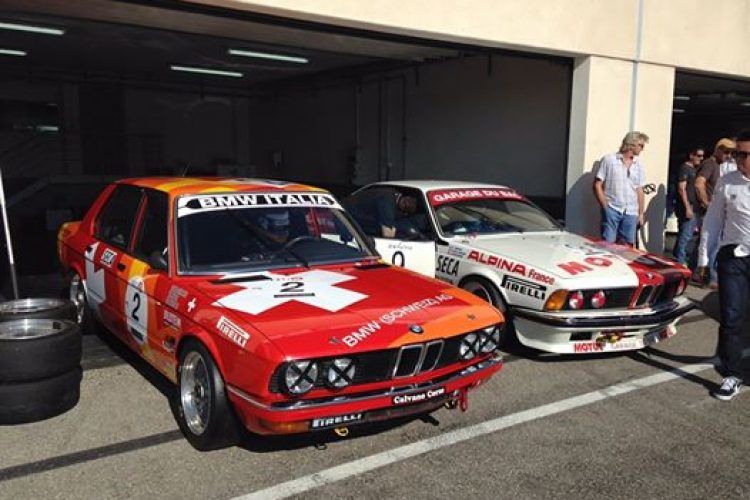