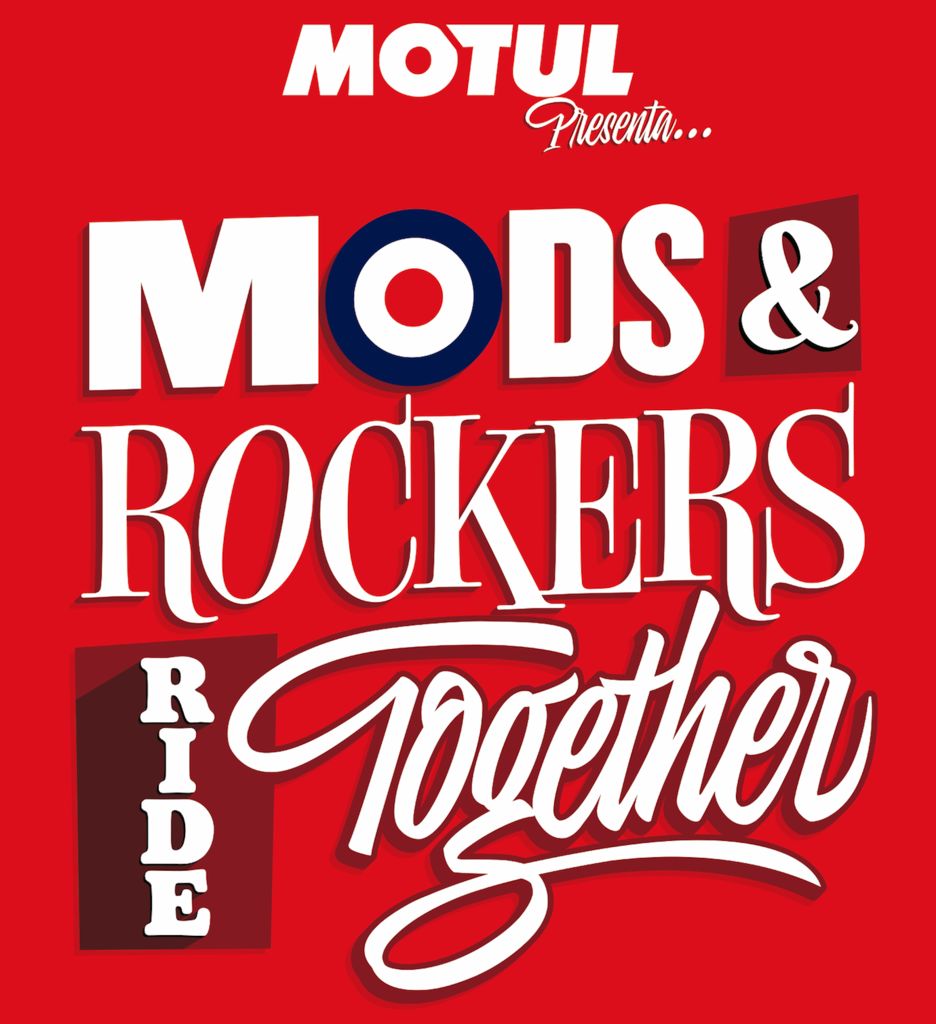 A day where opposites meet to celebrate their differences.

On June 2, Motul organizes a special event at the ACE CAFÉ BCN with concerts and a MODS & ROCKERS clothing and vinyl market, to celebrate the brotherhood and passion for motors that exist between both urban tribes.

During the spring of 1964 Mods and Rockers staged a pitched battle on the beach of Brighton that would signify the formalization of the rivalry between the two urban tribes. On one hand, Mods, with tight suits of three buttons, parkas and Vespas or Lambrettas full of rear-view mirrors, are a symbol of urban reference of motorcycling.

On the other hand, it is almost impossible to think on Rockers without their leather jackets, their pimply demeanor and the beautiful customized coffee racers burning wheel on the asphalt of urban peripheries. Like Motul, both urban tribes have been able to make their place in time. Loaded with new stories, new rhythms, new influences, but always maintaining the spirit of freedom and debauchery of the 60s.

Mods and Rockers, have a common passion that they share with Motul: The motor world runs through their veins. That is why Motul, the leading brand in motorcycle lubricants, join Mods and Rockers to celebrate the passion for motor,

music and a lifestyle.

The place chosen to celebrate the event is none other than the legendary ACE CAFÉ. Originally it was a "GreasySpoon" with petrol pumps outside London in the sixties. A meeting place for the original Ton-Boys, also frequented by the Mods of the time.

The ACE CAFÉ Barcelona opened its doors in 2016, recovering the passion for the motor and coffee-racer culture of the original ACE CAFE.

A project that brings together musicians of Brazilian and English origin, among other origins. Together, they make a rock that has its roots in the sound of the 50s and 60s and that has produced as debut album a debut EP entitled The Risk of Your Life.

A rock & roll, soul and R & B band from Barcelona, rooted in the wildest tradition of American popular music. Led by vocalist Myriam Swanson, known for having been the voice of Mambo Jambo in the sessions of the Taboo Burlesque Nights of the Sala Apolo in Barcelona. The band presents a sound "full of rhythm'n'blues of cavernous exoticism, deep soul, frenetic surfing and fast-paced rockabilly.

They will fill the day with a selection of themes Mods and Rockers sixties.

The Mods & Rockers Ride Together event will end with the placement of a Lambretta customized by illustrator Brusco, specializing in vintage lettering and LowBrow illustration, as a symbol of friendship between the two tribes.