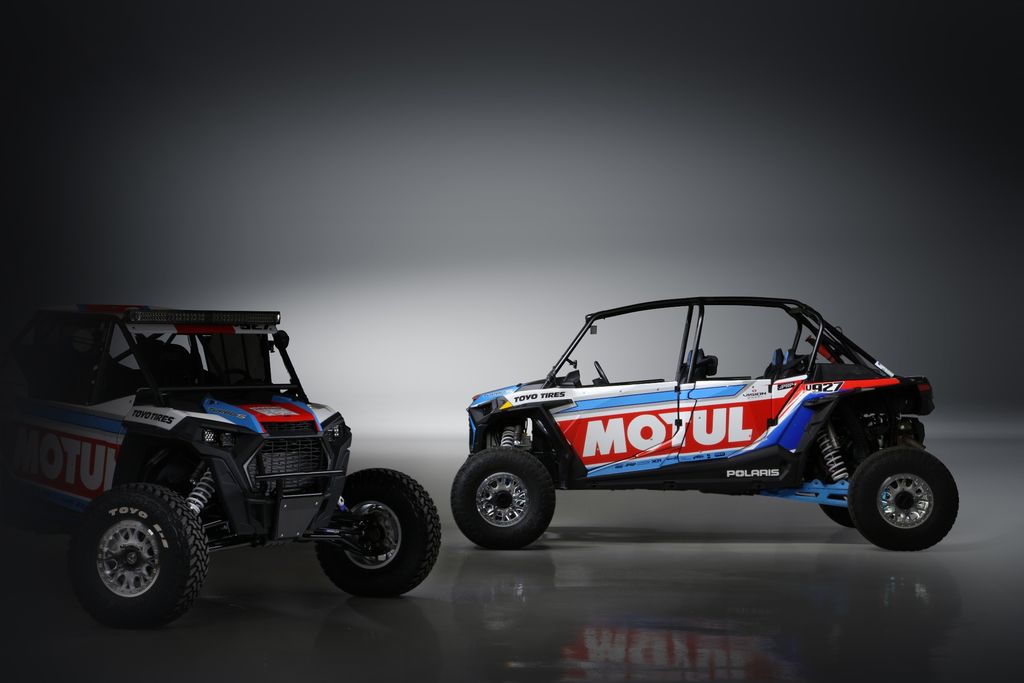 Team OTSFF/MOTUL is pleased to announce that Adam Fitza will be taking part in the highly anticipated 2020 UTV World Championship, which is being staged October 7th thru 11th at Lake Havasu City in Arizona. This event is the largest, most prestigious UTV race on the planet and attracts the best off-road competitors not only from the United States but worldwide. Fitza, who has years of experience racing various types of off-road vehicles, will be piloting the explosive new Polaris RZR XP Turbo at the UTV World Championship. The mechanical wizard behind the ultra-successful OTSFF/MOTUL 6100 Spec Trophy Truck, Fitza performed all kinds of work on the RZR to prep it for the highly competitive UTV pro racing class “It’s basically a miniature version of a Trophy Truck. Lots of modifications. This even included changing the four-seater to a two-seater. The Polaris RZR is an awesome vehicle right out of the box, so I had a great platform to start with. I’m really looking forward to racing this event, secure in the knowledge that I have a really fast and robust machine. Not to mention being able to count on a dedicated support team and top-notch sponsors,” Fitza said. Fitza has been able to rely on many of Team OTSFF/MOTUL 6100 Spec Trophy Truck partners to prep the RZR with the most superior aftermarket parts and products available. In addition to title sponsor MOTUL, Toyo Tires, Rigid Industries LED Lighting, Vision Wheel, PRP Seats, and MILLG/OTSFF are in the mix for the UTV World Championship campaign. New sponsors that have come aboard to join the venture, include Polaris, RK Sport, XDR, Pacific Coachworks, LVIN and Rugged Radios. 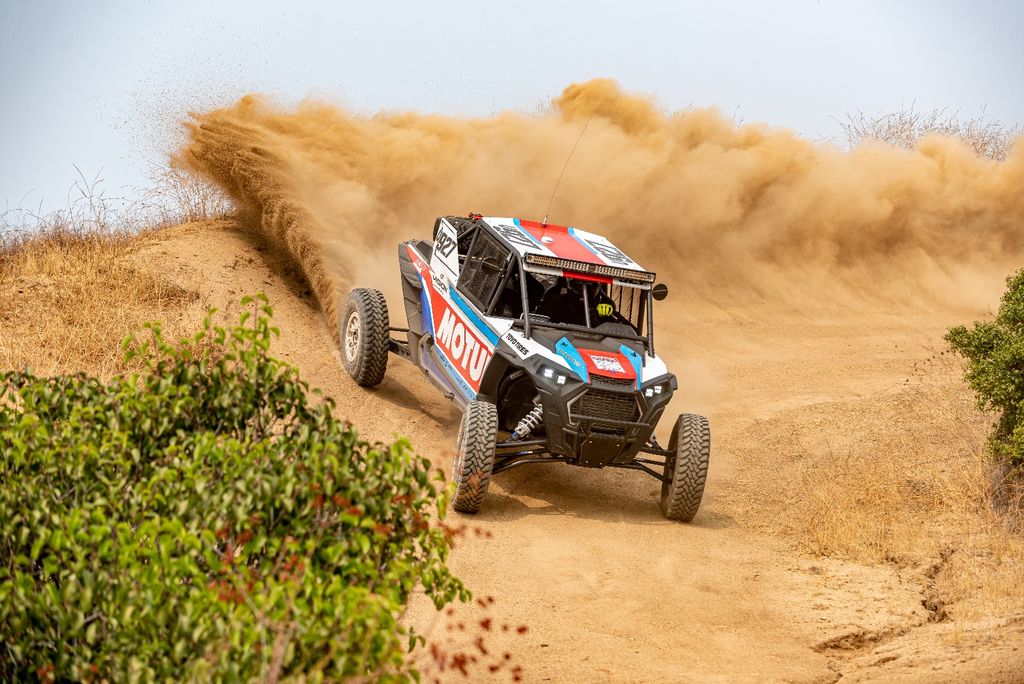 For OTSFF/MOTUL’s ongoing collaboration, entering the UTV World Championship is another step to ramp up their presence in the tough-as-nails American off-road racing scene, and the attendant publicity garnered by media coverage. MOTUL is one of the oldest oil companies in the world – founded in 1853 – and has focused on motorsports as its prime creative and innovative laboratory since its first steps in racing disciplines in the 1950s. It took until 2017 for MOTUL to actively get involved in desert type racing stateside, when it joined OTSFF’s then newly created 6100 Spec Trophy Truck program. MOTUL had already been involved with OTSFF as a lubricant supplier since 2012, for the team’s championship winning motocross and arena cross programs. 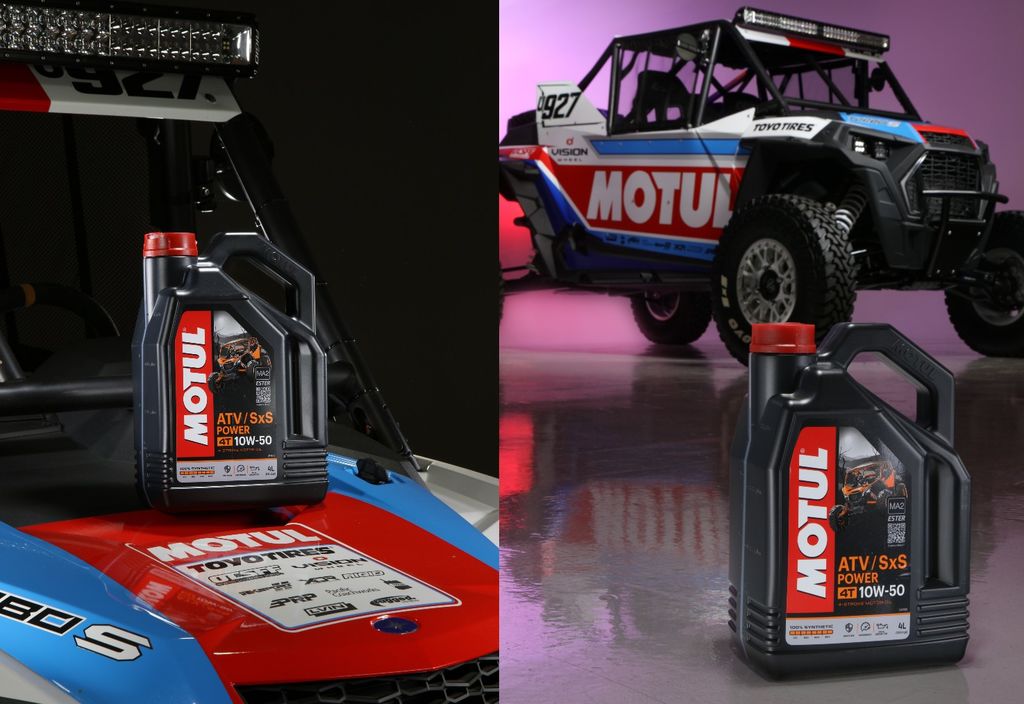 “The strong connection between OTSFF and Motul has helped establish both brands in the off-road market with the iconic look of the 6100 Spec Trophy Truck. It made perfect sense then for Motul to maintain that image and partnership as OTSFF continues to push our products to the limits with their Polaris RZR program,” MOTUL Brand Manager Nolan Browning said. OTSFF Sports Marketing Group’s Brad Ewen, who has been instrumental in organizing the team’s UTV campaign along with Browning and Fitza, sees participation in the UTV World Championship as a logical progression in OTSFF/MOTUL off-road racing program. “We’re super excited about the opportunity to debut the Motul UTV Lubricant to the world with our new Polaris RZR program. Since we were the first off-road activation for Motul Lubricants in the dirt, we felt Motul would be the only choice to be involved in our UTV program,” Ewen noted. “We are very focused and excited on the Polaris UTV race platform and have a very aggressive plan for 2021” “On top of our proven Trophy Truck platform we can ensure we are going to raise some eye brows in the coming months, Stay Tuned.” 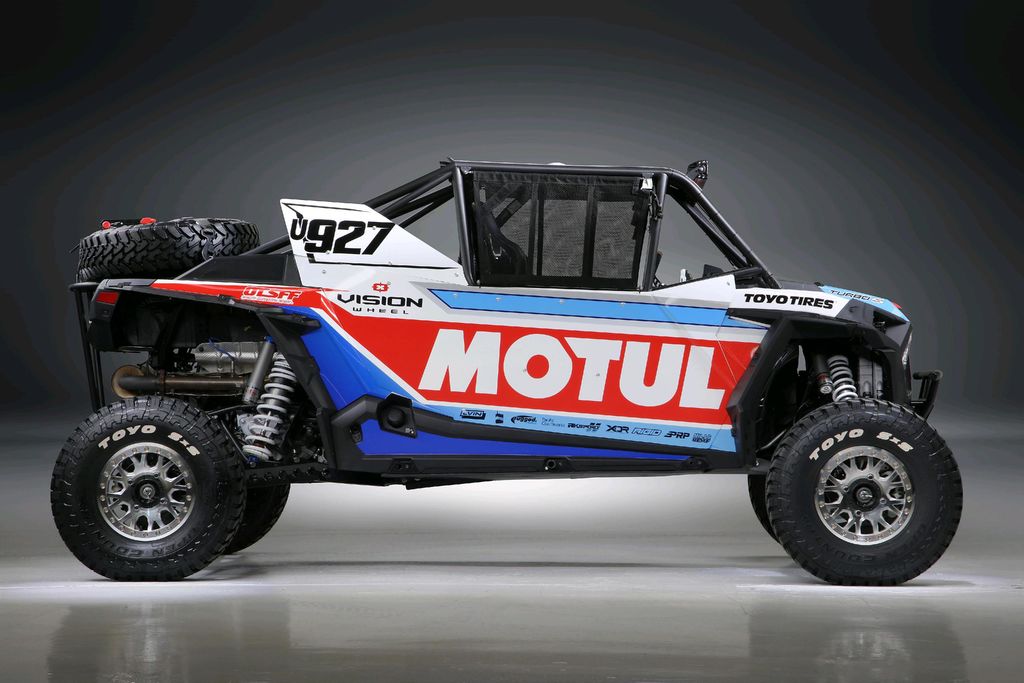 On the weekend following the UTV World Championship Team OTSFF/MOTUL will be in attendance at the Sand Sports Super Show in Scottsdale, Arizona, October 17-18. The team’s 6100 Spec Trophy Truck and the Polaris RZR UTV will be on display in the MOTUL Lubricants booth. Adam Fitza will be on hand for a meetand-greet. The Sand Sports Super Show is an annual American trade show and consumer expo – launched in 1998 – where thousands of sand sports fans gather to experience the latest products and industry innovations. Team OTSFF/MOTUL would like to thank all the individuals and contributing sponsors for their invaluable support to help make our participation in the 2020 UTV World Championship possible. You guys are awesome! If you happen to be in the Lake Havasu City area during the running of the event, or in Scottsdale for the Sand Sports Super Show, please drop by and say hello.

23.07.2020
Cookies help us deliver our services. By using our services, you agree to our use of cookies. Learn more