Ukyo Sasahara is a Japanese racing driver who has competed in Formula racing and Porsche Carrera Cup. This year, he’s racing for Team Red Bull Mugen behind the wheel of a Honda NSX-GT, which has undergone quite a significant makeover for this season. We caught up with Ukyo to find out more about the new car, and the compressed racing calendar in the Super GT championship. 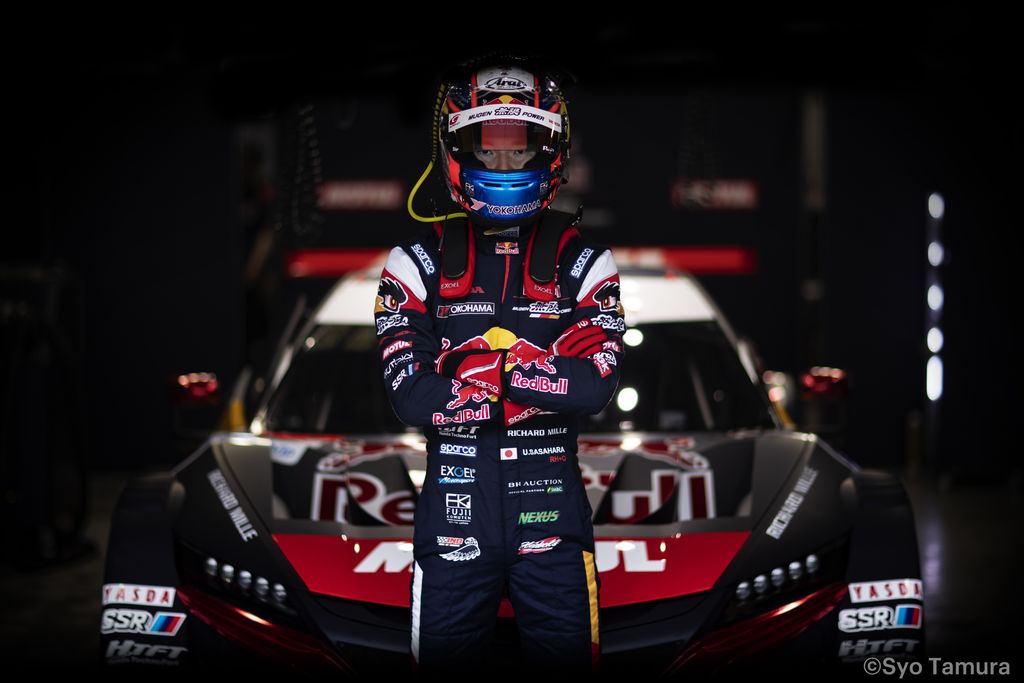 Could you tell us more about your racing career, Ukyo?

I started karting when I was five years’ old, won most of the domestic championships and then became world champion twice in the Rotax Max Junior series, becoming European champion as well. After a very successful career in karting I moved to Formula cars, finishing third in the Renault 2.0 championship. After that, I came back to Japan, joining Honda’s young driver program. I finished second in the FIA-F4 Japanese championship and third in the Formula 3 championship. 2019 was something of a memorial year for me as I won all three categories that I competed in: Porsche Carrera Cup Japan, FIA-Formula 3 Asian Championship and FIA Motorsport Games GT Cup as Team Japan. For 2020, I’m now a driver for Team Red Bull Mugen in the SUPER GT GT500 class. 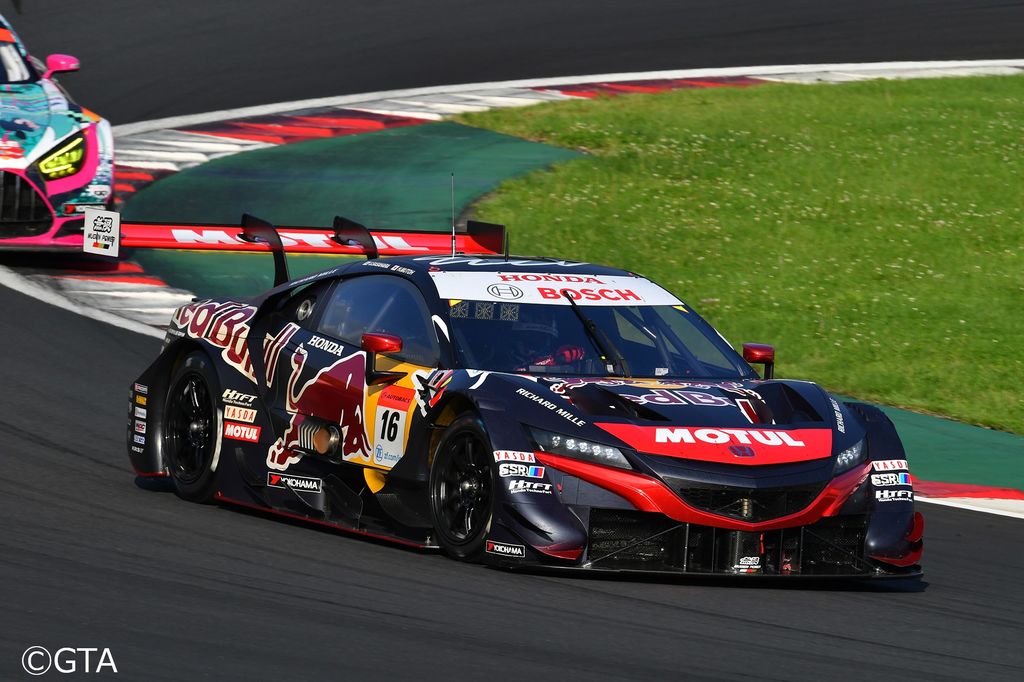 The new Mugen NSX-GT looks great. What changes have been made to it and can you tell us about the new livery?

We have changed the livery to the colour of Red Bull, our new title sponsor for this year. I really like the cool new livery. It’s pretty similar to Formula 1, but a few things are different like the shine red and, with Mugen and Motul colours, it’s the perfect design I think. 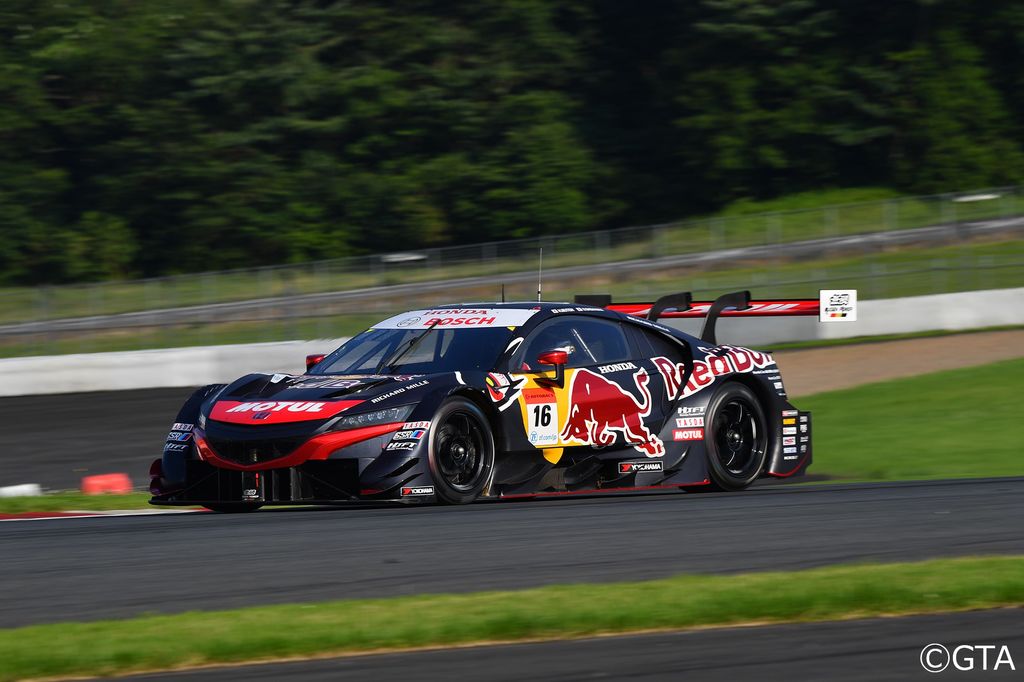 Can you describe the feeling of driving the NSX-GT?

It’s my first time driving the NSX-GT and new Class 1 regulation car. It feels like driving Formula cars with a roof. From this year, the NSX-GT has been changed to front-engined, real-wheel drive from mid-engine, rear-wheel drive due to the new regulation change. But according to Honda, it’s not really that different. It’s a really nice race car to drive. 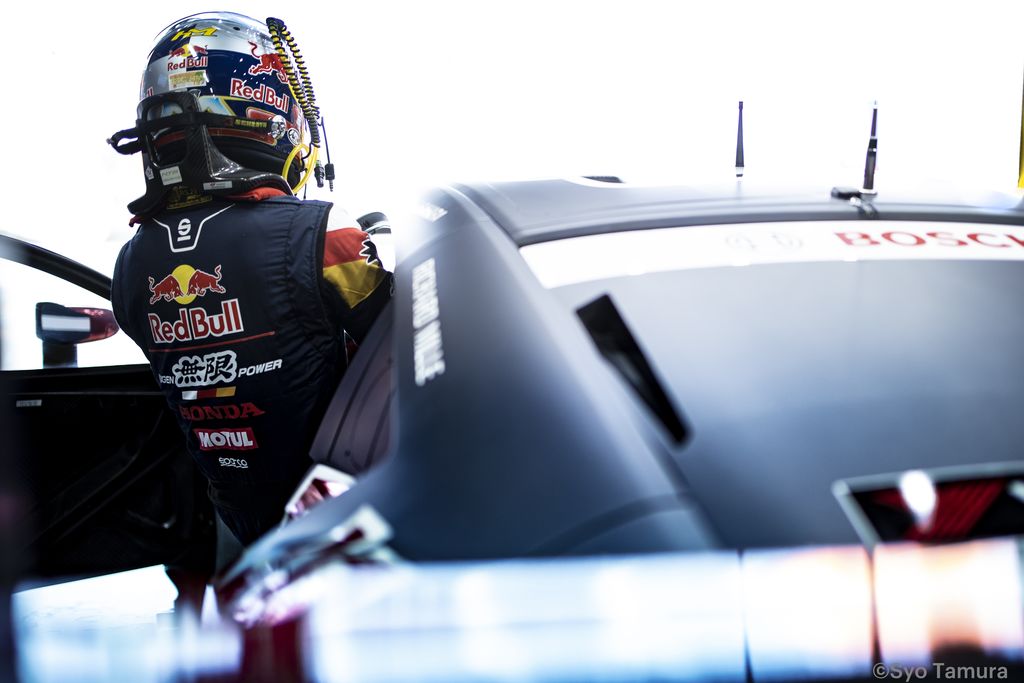 How is the Honda factory involved in the partnership?

Basically, GT500 is all supported by the manufacturer, sharing all data about the car’s setup, and tyre information. They are involved in a huge number of things and it really helps to develop the car. The team just need to adjust a few setups depending on tyres and strategy. 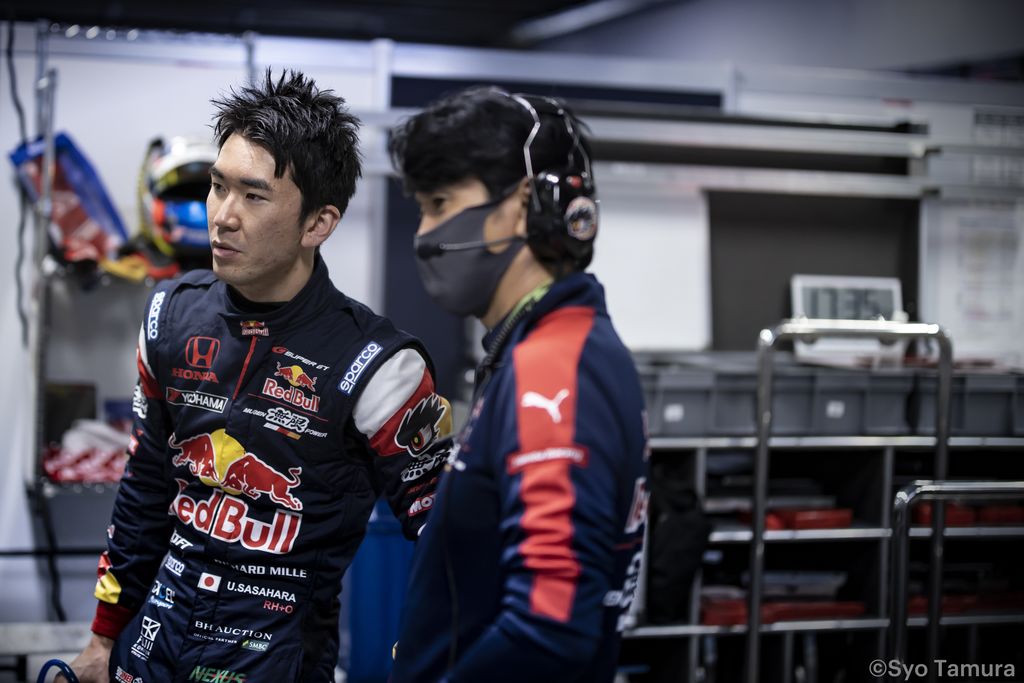 Your first event is this weekend at the Fuji Speedway. What preparations have you been making as a team and drivers for getting back to racing?

We have been testing at Fuji for the official test day and tyre testing at Suzuka. From the team side, the analysis data we got allowed us to choose what tyre we needed for the first round at Fuji. Tyres are the biggest factor in Super GT, so we have been discussing mainly tyres and cars setup during our online meetings, which have now become the ‘new normal’. From a driver’s point of view, we have done some simulator sessions to be prepared for the race as well as taking care of the body and mind! 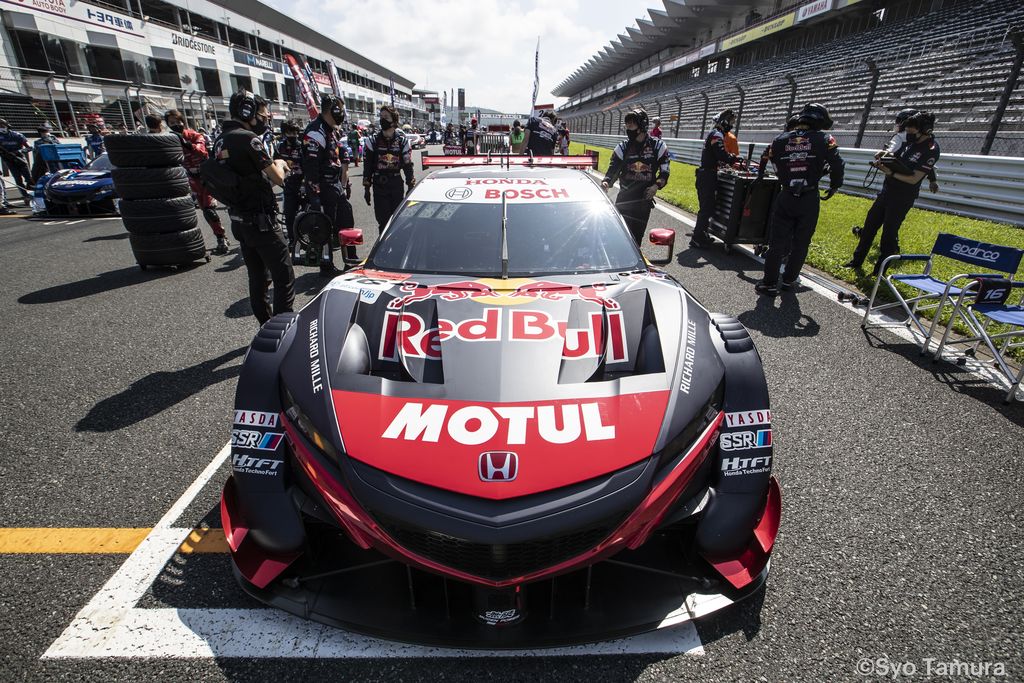 How are coronavirus measures affecting racing? What differences are you noticing?

There will be no spectators until round four. Also, officials are checking all medical things like measuring body temp and a few other checks every day. The number of mechanics or team members is strictly limited to 16 people, minus the drivers. We also have to practice social distancing and wear masks all the time, and the drivers' briefing is now on video. It all felt weird at first, but I’m getting used to it, to be honest. The other side of it is we’re worried about the future of motorsport in Japan. The economic impact is huge, especially for private teams and even some manufacturers. 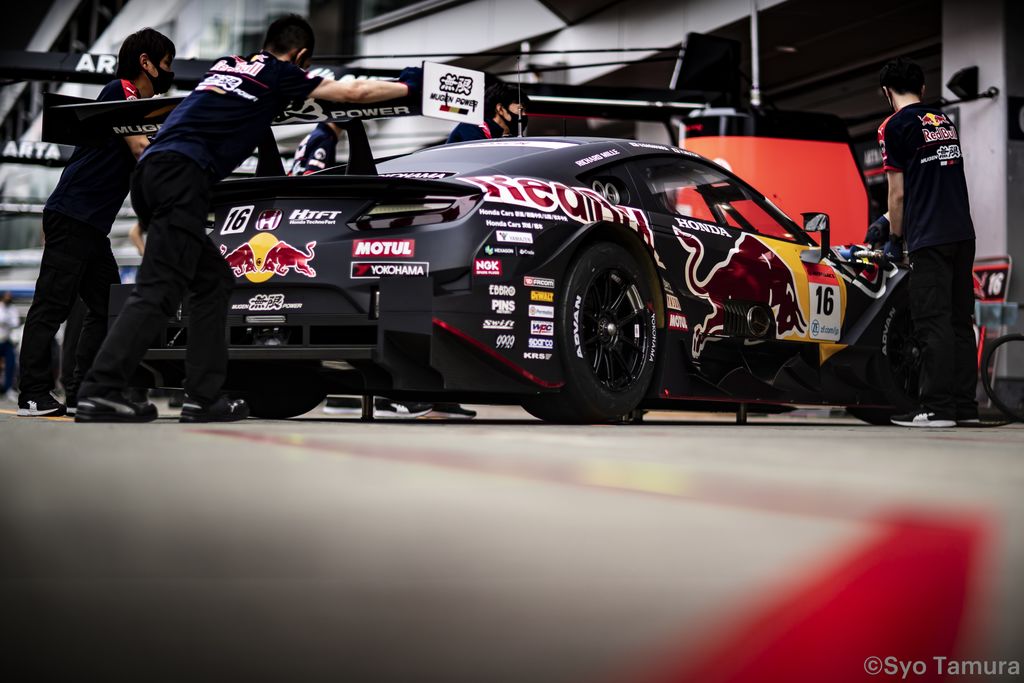 What difference does Motul’s lubricants make to your racing success? 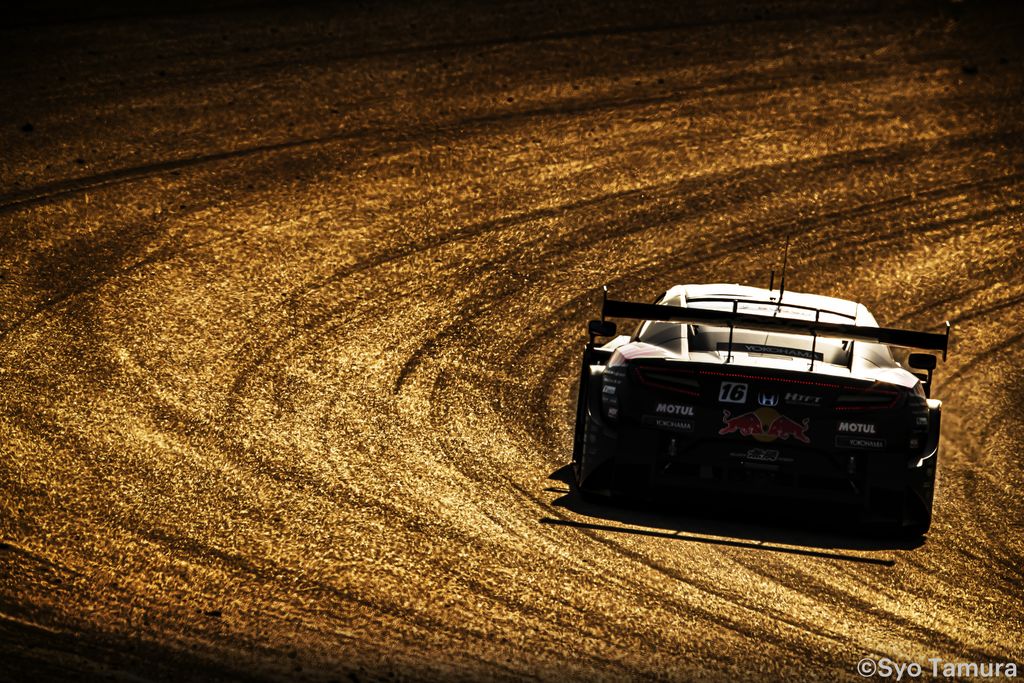