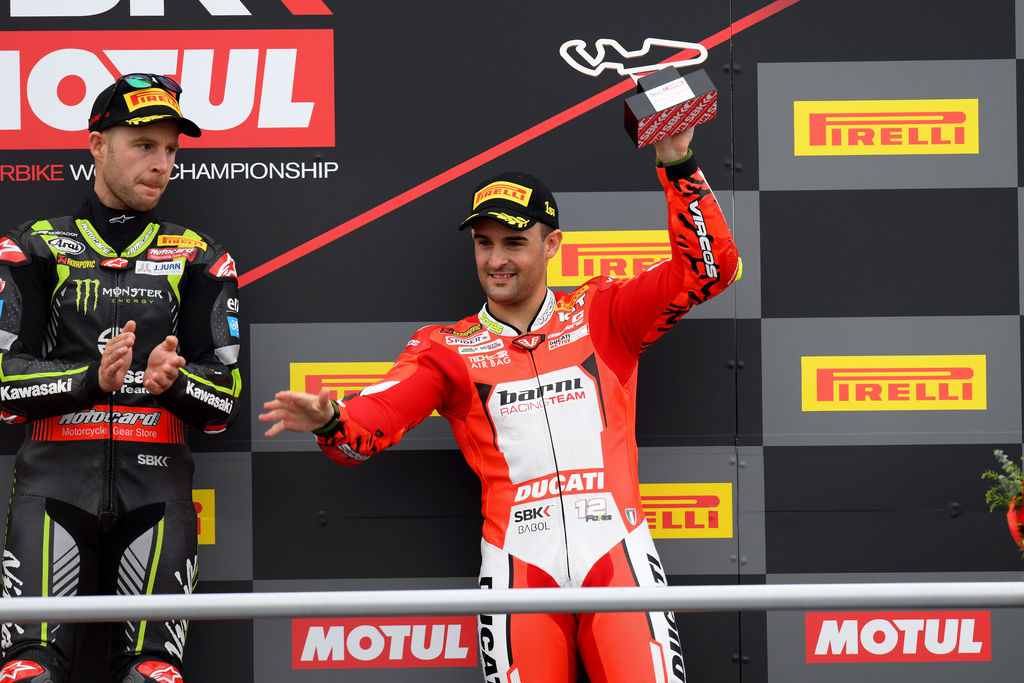 In all forms of sport the local hero is always in the spotlight! In the Aragon round of the SBK Motul, the Barni Racing team rider, Xavi Forès, honoured his status as local lad by finishing on the podium… but how did he live this very special weekend?

He was in a position to do just as well the next day to the delight of the Spanish spectators who are among the most fervent. Unfortunately, he fell while in the lead. But how did he live this very special weekend of the season in front of his home crowd?

Unlike MotoGP, there is only one Spanish round on the FIM Superbike World Championship calendar. On the Motorland circuit Xavi spoke his native language more often than usual as his family, his friends and many fans were on hand to cheer him on.

“It’s always a pleasure to race on home turf,” said the rider of the #12 Ducati Panigale R, the uncontested leader of the independents this year. “The only slight drawback is that you feel more pressure. But I’m always 200% motivated whatever the circuit. When you’re racing you’re completely concentrated and you don’t pay too much attention to the grandstands. On the other hand, when you take the chequered flag you’re overwhelmed by the support of your fans; it’s an incredible feeling! We Spanish riders are lucky to be involved in a very popular sport. There are many licence-holders and we have some great champions, which means that we’re supported right from the first moment we race in minor local events up to the top-level championships.” And Xavi left us to go and sign autographs and have some selfies taken. 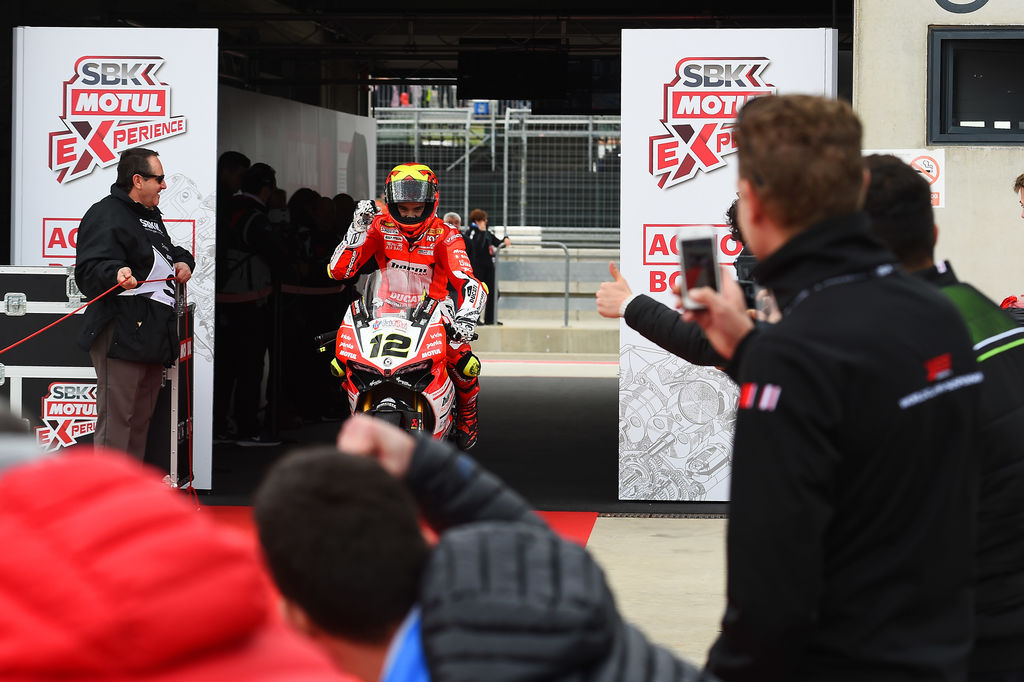 Remember that some riders in Motul SBK never have the pleasure of racing in front of their home crowd as no event is organised in their country. And some organisers don’t have local riders among the usual entrants in the WSBK. But it’s possible to offer a wild card to boost the starting grid.

And for some there are two home events on the calendar: one for the rider and one for the team. Barni Racing Team based in Bergamo not far from Milan is fewer than 300 km from Imola, which will host the Italian round of the SBK Motul in a month’s time.

Motul is a key partner for both the FIM (Fédération Internationale de Motocyclisme) and Dorna Group (exclusive holder of the commercial and television rights for the Superbike World Championship). In 2016, Motul became the Title Sponsor of the WorldSBK Championship. Barni Racing Team is one of Motul’s technical partners on the Superbike scene. 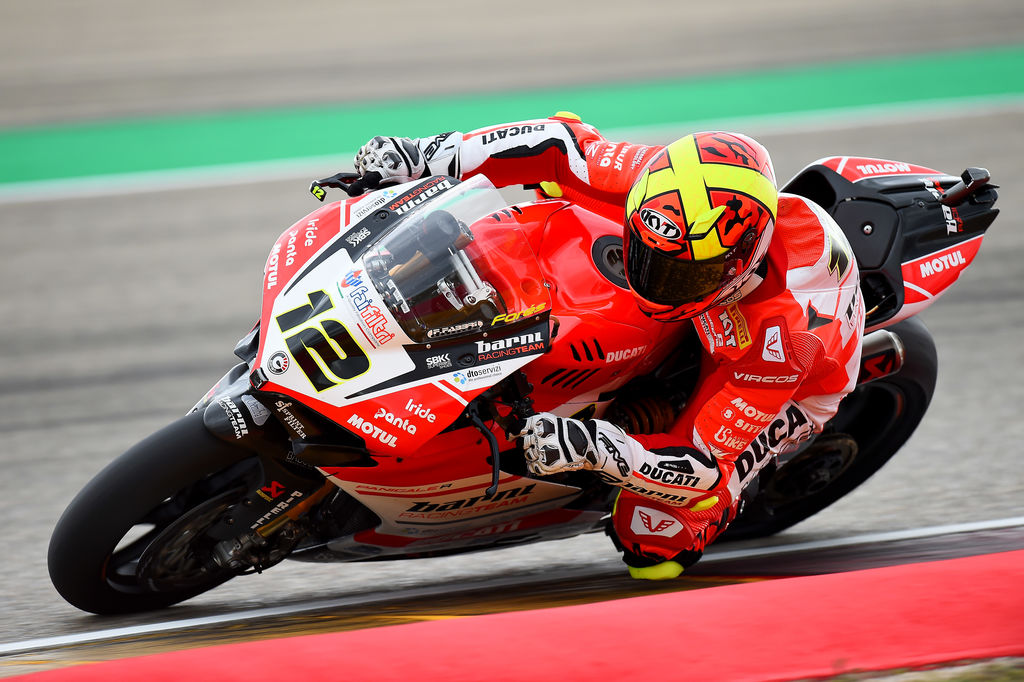