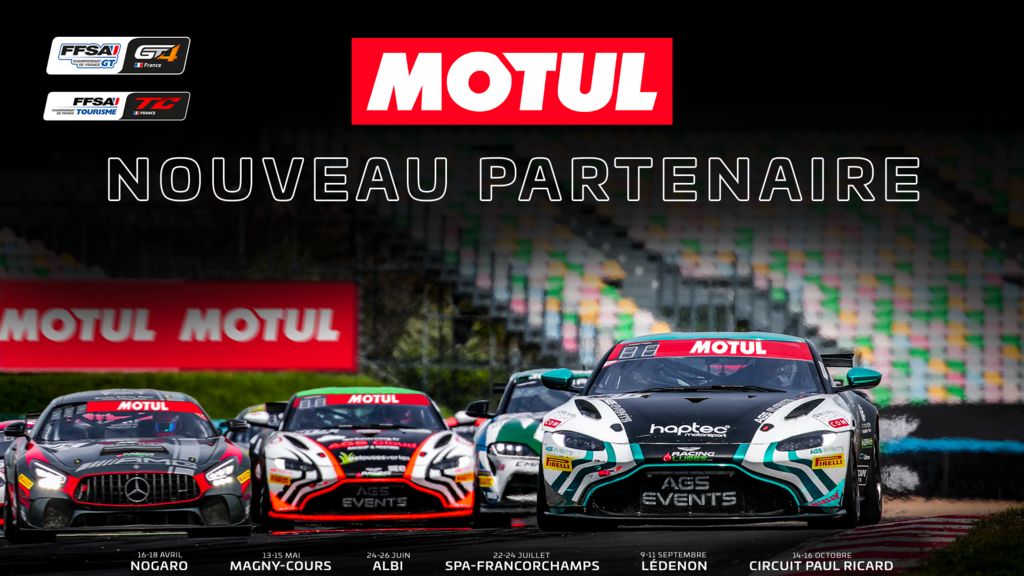 As a key player in the  motorsport world, Motul is joining forces with SRO Motorsports Group as part of the FFSA French Circuits Championship for the 2022 season.

Already a technical partner of many teams, Motul has decided to once again develop its image via the flagship circuit competition in France. Both for the French FFSA GT Championship and for the French FFSA Tourism Championship, the Motul logo will be present on the edge of the track and on all the cars entered in the two competitions. The French brand, a specialist in high-performance engine oils, will thus benefit from wide visibility both for the public present on site and for the thousands of television viewers who follow the event on their screens.

Motul will take advantage of the six events on the calendar to meet its customers and prospects. At the heart of the paddock, the Motul space will indeed allow the brand to exhibit its products and once again ensure good visibility.

"We are very happy to be present again at the FFSA French Circuits Championship, a highly appreciated competition which has enjoyed growing success since its takeover by SRO", explains Daniel Schwarz, General Manager BU France of Motul. "This collaboration is quite natural for Motul, already a partner of the biggest car competitions and the most prestigious manufacturers. The brand is already supporting several talented drivers entered in the championship for the victory" he adds.

"We are delighted to be able to count Motul among our partners", rejoices Laurent Gaudin, General Manager of the FFSA French Circuits Championship. "The performance of Motul oils in the world of motorsport is well established. The FFSA GT and the FFSA Tourisme are two championships whose popularity continues to grow. At the dawn of this very promising 2022 season, I am convinced that this partnership will offer great prospects for both Motul and SRO Motorsports Group,” he concludes.