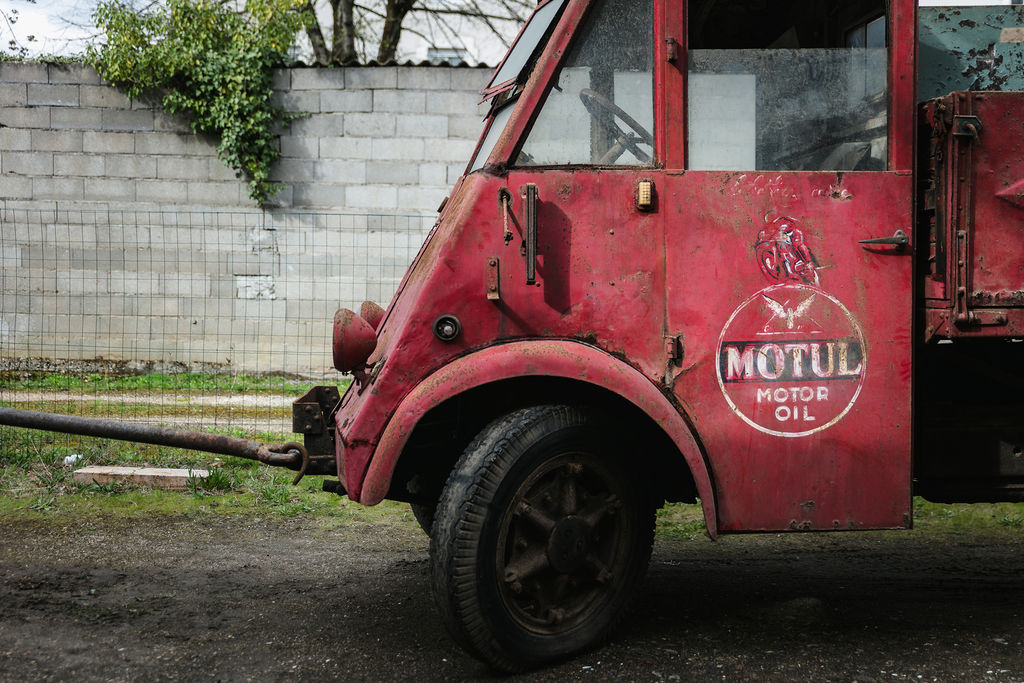 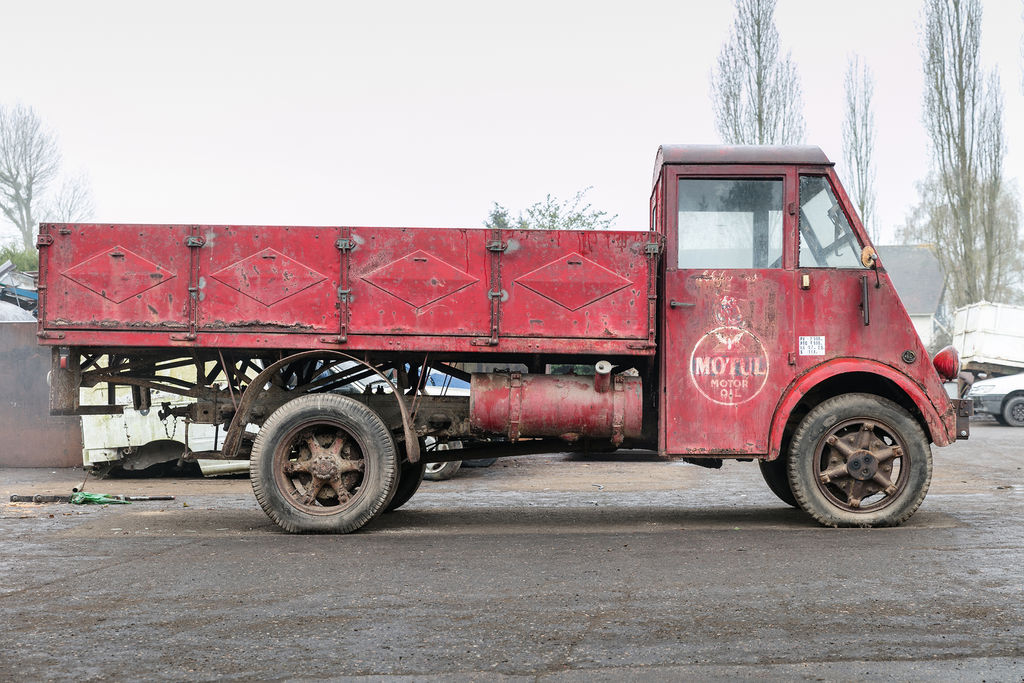 Many of the historic vehicles that will be on display and in action at this year’s Goodwood Revival on September 13-15 have been painstakingly restored by their owners to a lustrous finish. For one particularly special vehicle that will be found in the Revival paddock, however, the restoration process meant keeping its hard-earned patina intact: the Vagabond.

Early in 2018, this unique Renault AHS3 truck, dating from the early 1940s, was discovered in a scrapyard in northern France. It had been used as part of a fleet of these characterful delivery trucks that was operated by Motul in the 1940s and 1950s to deliver supplies of motor oil to garages – and occasionally to deliver Motul-partnered racing cars to circuits around France.

Despite the passage of many decades causing the paint to fade and the metal to oxidise, the Renault still proudly wore its period Motul branding and its name ‘the Vagabond’ above the driver’s cab. The opportunity to preserve such a unique part of its heritage was seized upon by Motul, which purchased the truck and passed it into the hands of a group of dedicated experts to bring back to life.

Loïc, Antoine and Fred are a team of expert restorers who carefully disassembled the truck, sending its long-seized engine off to be brought back to life and focusing on the restoration of the chassis. In the course of three months, the original steel was sanded back to reveal still-strong foundations that were treated and prepared for life back on the road.

“As well as the meticulous cleaning, scouring and brushing work, we worked to bring back the steel the way it was manufactured at the time,” said Fred.

‘This involved a huge amount of brushing by hand without damaging the quality of the steel. This was then hand treated with an epoxy product to inhibit any further spread of rust. It’s the sort of work that needs to be done with love.”

While the three-month preservation project of the chassis metalwork was completed, new hydraulic pipes were fabricated and the engine was stripped down in its entirety. New valve seats were made to better cope with today’s unleaded fuel and the opportunity was taken to bore out the engine for slightly better performance in modern traffic.

The pristine engine was reunited with the restored chassis earlier this Spring and now the Vagabond is preparing to make the journey from Motul’s Paris base to Goodwood, to form a key part of the Revival’s paddock ambience. As a specialist in motor oils for historic vehicles, Motul is the official lubricant partner of the Goodwood Revival, and the presenting partner of the St. Mary’s Trophy for touring cars that competed between 1950 and 1959.

“It has been a labour of love that only artisan engineers with an in-depth knowledge of this type of historic vehicle could achieve,” said Hugh Dowding, vice-president of Motul.

“We have been able to support the rebuild with the right fluids to ensure optimum performance for such a unique historic engine, and just like the competitors at Goodwood we will be putting that engineering skill – and our motor oils – to the test. Driving the Vagabond may not be the fastest way to get to the Goodwood Revival, but it is certainly going to be the most rewarding way in which to introduce this magical little truck to the discerning Revival crowd.”