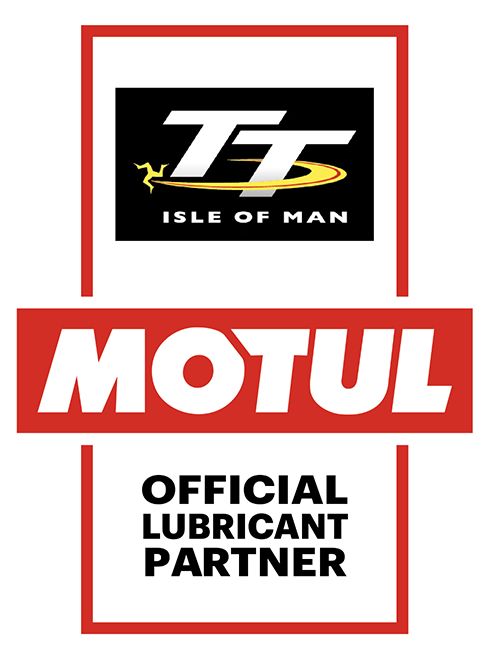 It’s that time of year again!  The time when all thoughts turn to two-wheels, and motorcycling teams, brands, technical suppliers and fans from all over the world head towards the Isle of Man for the legendary TT.  Taking place this year from 25th May to 7th June, Motul will once again be leading from the front as Official Lubricant Partner to the event, plus technical partner to some of the brave riders taking on the famous Mountain course.

The fastest road race on the planet, thanks to Peter Hickman’s record-breaking 217 k/ph average speed last year, is challenging and rewarding for those who get it right, and cruel and unforgiving for those who don’t.  The 37-mile (60 km) course includes 219 turns and races can run up to 6 laps which means over 1300 turns!  The pressure that puts on both men and machines is enormous but makes victory – when it comes – even sweeter!  There are seven main categories of competition which include Superbikes, sidecars and the increasingly popular zero-emission electric bikes.

Motul leading from the front

Motul will be supporting several leading teams which will use the Motul Factory Line range of products, most notably the Honda Racing factory team which renewed its successful technical partnership with Motul earlier this year.  It will benefit from the huge road racing experience of Ian Hutchinson, with 16 TT victories under his belt, as well as that of Australian David Johnson.

As Mugen gears up for its 7th year in the TT Zero, its Shinden electric TT racers have won the single-lap TT Zero for the last five consecutive years, two for the infamous John McGuiness. Mugen’s riders this year will be 2018 TT Zero winner Michael Rutter and McGuinness who returns to the roads where he carved his legend for the first time since 2017.  Also contenders for victory are brothers Ben and Tom Birchall in Side Cars who are preparing to defend their Isle of Man TT title, and they will be directly up against another Motul-supported team, Optimark Road Racing which will have an expanded three wheeling presence as the respected outfit runs Francois Leblond/Marlene Couillard.

One of these deserving teams will be the lucky recipients of the prestigious Motul Team Award for Technical Excellence which is awarded by a panel which includes members of the TT Management Team.

Among the products available to these teams will be the 100% synthetic 300V engine oil and the newly launched, upgraded RBF 700 Brake Fluid, both of which are key elements to the mechanical reliability and performance needed to claim victory. The new brake fluid, the best of its kind in the range to date, offers the increased performance which is crucial when managing the high speeds, high demands and hard braking intrinsic to the TT course.

High speeds and hard braking may not be a requirement for Motul’s MC Care line, although these products are of course used by the teams as well as the general public. Motul will be operating an MC Care test zone open for the public in the event village throughout the event and the product range will be on sale at the same time in the RST TT Grandstands.