Sarah Bovy has been racing for more than 20 years and has built an impressive track record. After becoming the Belgian kart champion at the age of 12, she started successfully competing in motorsport three years later. After experiences in touring and formula cars, she was the youngest driver ever to take part at the famous 24 Hours of Spa with the Gillet Vertigo in 2007. As the path to becoming a racing driver is seldom easy, Sarah had to pause her career a few times. But as oil is in her blood, she refused to give up and kept on fighting for her lifelong dream. Currently she competed five times at the Spa 24h and when she joined the 'Iron Dames' team her racing dream turned into reality with her first participation in the 24h of Le Mans in 2021. Sarah tells us about her path to success. 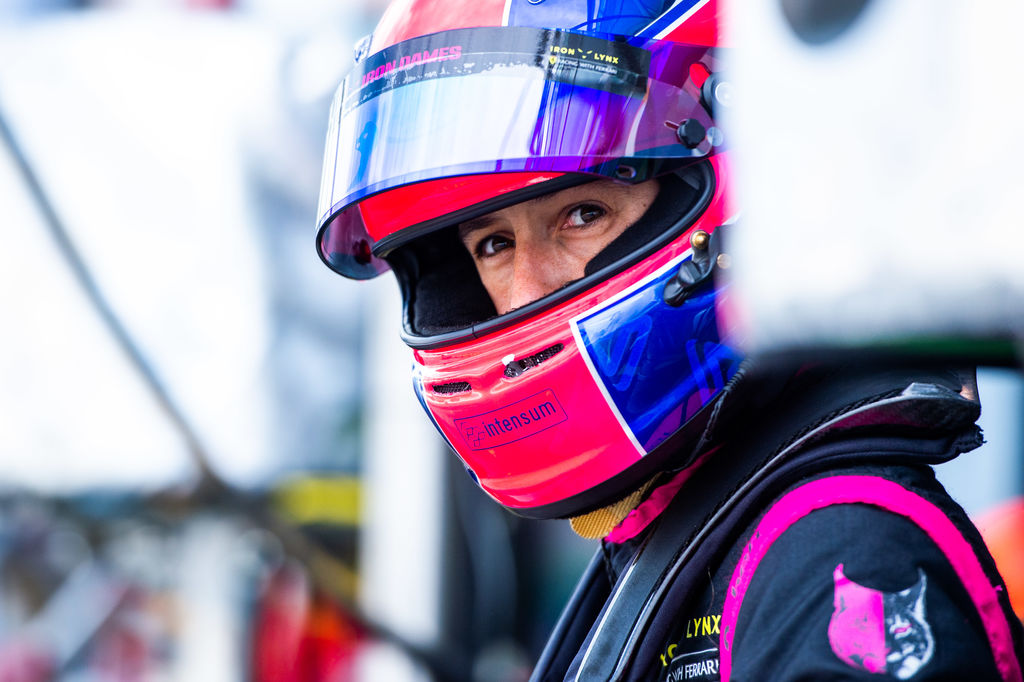 Sarah, please explain what you do in motorsport?

I am part of the Iron Dames project, which was created by Deborah Mayer with the aim of supporting women in motorsport. We are an all-female team, consisting of eight drivers competing with Ferrari 488 GTEs in the European Le Mans Series and the 24 Hours of Le Mans, and with a Ferrari 488 GT3 in the Michelin Le Mans Cup. I am one of those eight drivers. Deborah created this project to inspire the next generation of women to join the world of motorsport and we're now enjoying our biggest season ever, competing in more championships and with an unprecedented number of drivers. Last year we competed in seven top-level international motorsport competitions, including the European Le Mans Series, the 24 Hours of Le Mans, the Michelin Le Mans Cup, the Ferrari Challenge, the GT World Challenge Europe, the Italian Formula 4 Championship and, for the first time ever, the FIA World Endurance Championship. Besides the Iron Dames, I am also working in the field of events and marketing. 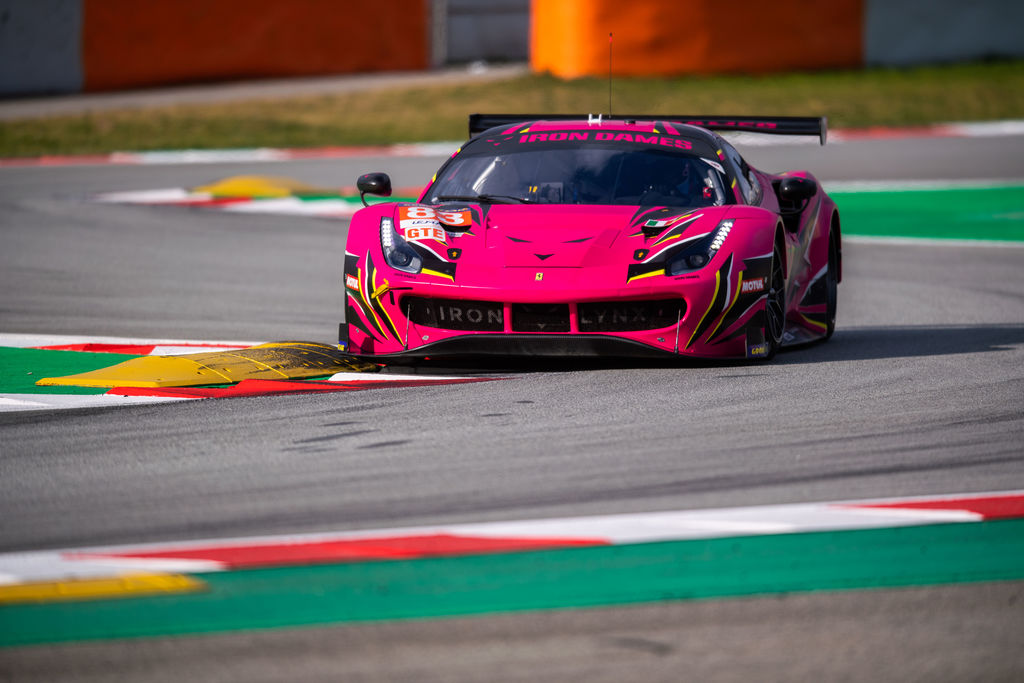 How did you get into it?

I started racing relatively late at the age of 12. It was rather a revelation than a planned racing career path, although my father used to race before I was born. But soon I realised that my life and passion is racing. I knew setting up a racing career wasn't going to be a walk in the park, that's why I also studied marketing. My studies also helped in setting up partnerships and sponsorship deals with a return on investment. My work during events, and in communication and marketing, is also a way to fund my racing career. 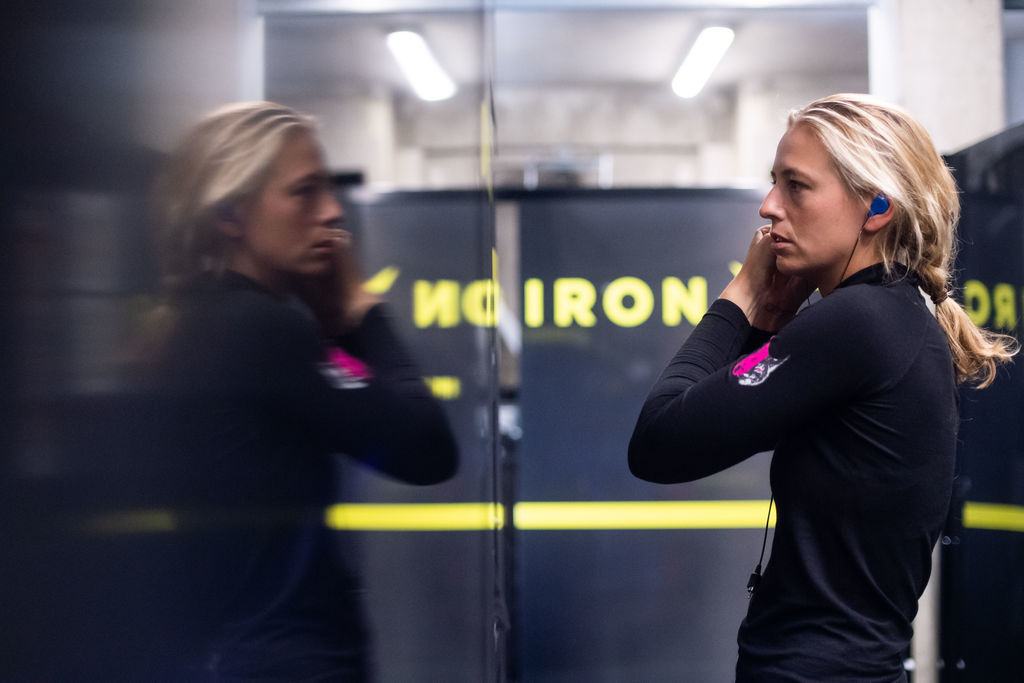 You work in quite a male dominated field. How difficult was it to break through?

It was a difficult path, but as the saying goes, you must try not to look at the iceberg in front of you. As racing is expensive, and the funding could not be done by my family, I had to push the pause button several times during my career. That's also why I studied marketing during one of those pauses. But like most racers, if you have oil in the blood, you just keep on pushing until you find ways to make your dream happen. 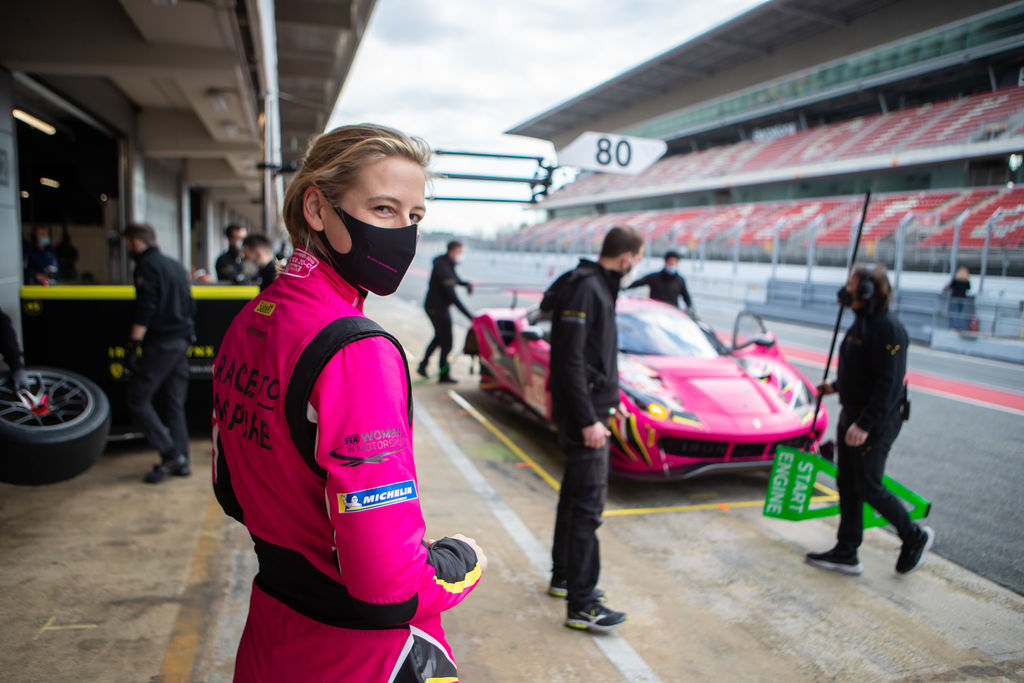 What does it mean to you to be a woman working in your sport/area?

I've been involved in motorsport for over 18 years now. In fact, motorsport is a very inclusive sport and not as masculine as you might think. We fight with the same weapons and in the same classes, making it a fair sport. 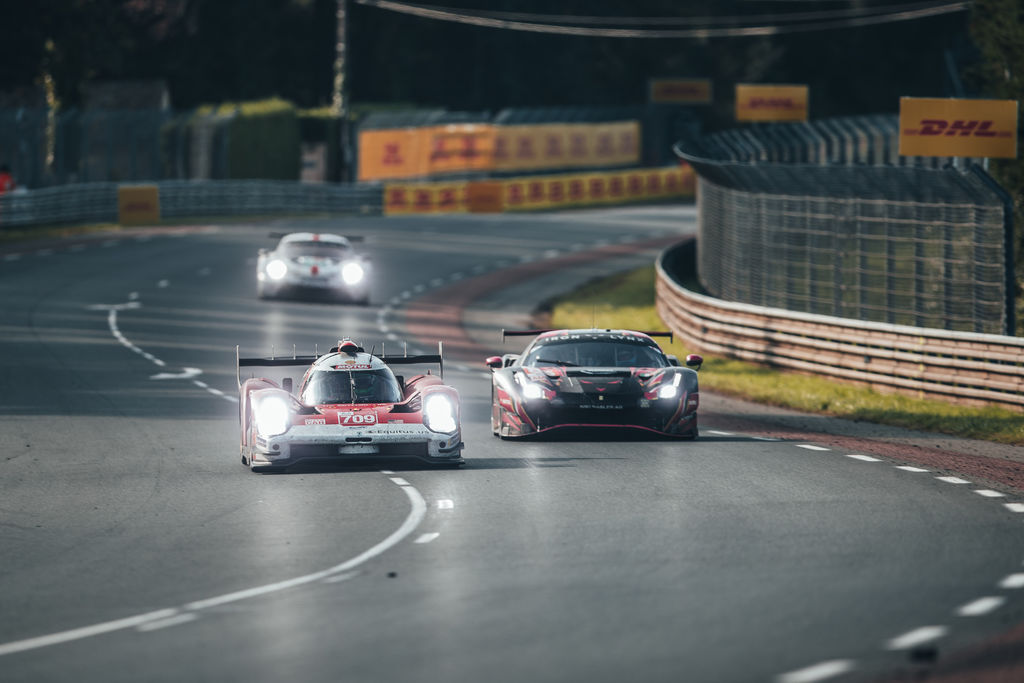 What are some of the challenges you had to overcome to get to where you are now?

Racing is expensive and the higher you climb up the ladder, the more difficult it becomes and the higher the stakes become. Racing a kart at a local track is a whole different ballpark to driving a Ferrari all over Europe. So, the sponsorship part of the job is the hardest part for most of us. Sitting at home in-between racing contracts is also difficult. Once you are racing and competing, you have a clear focus. But there were several moments when I thought that it was game over for my career. But opportunities come and go, it's mostly a matter of perseverance and a bit of luck 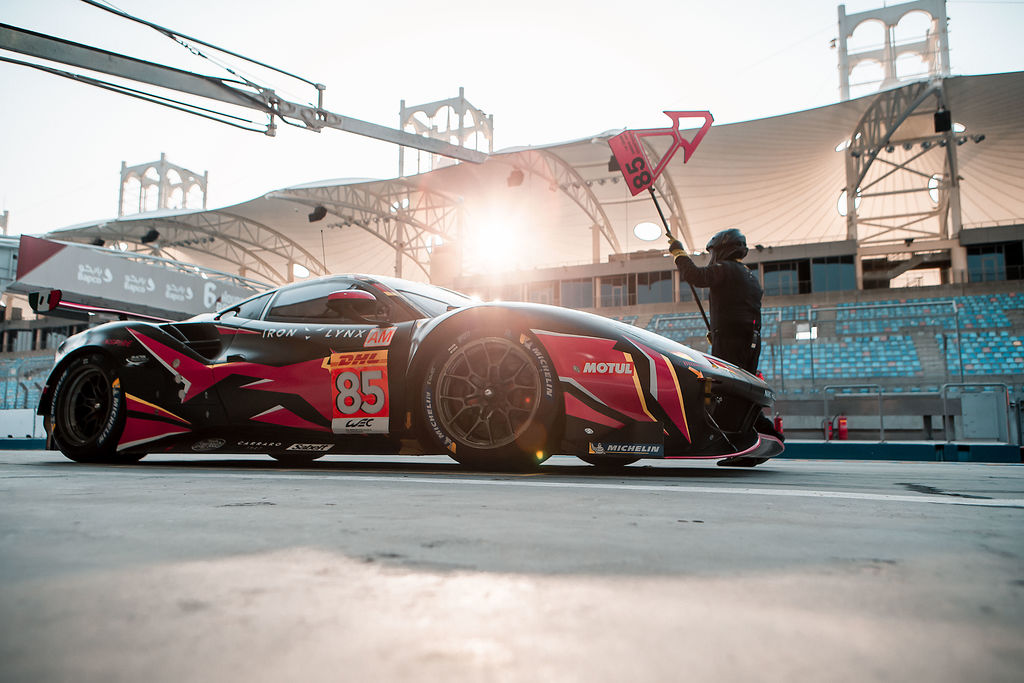 How do you think the role of women has changed in motorsport? Does more need to be done

Most sports have separate classes because of physical strength differences. Tennis, basketball, even golf has a separate class. We race in the same races as the men, and of course you need to be strong and fit, but the racing cars and the track are the same for all of us. So, in terms of motorsport, I believe it is a rather fair battle. Of course, I'd like to see more woman participating. The sport is already more balanced, and we see more and more women competing every year. Most men also just see us as competitors. There is a good understanding. 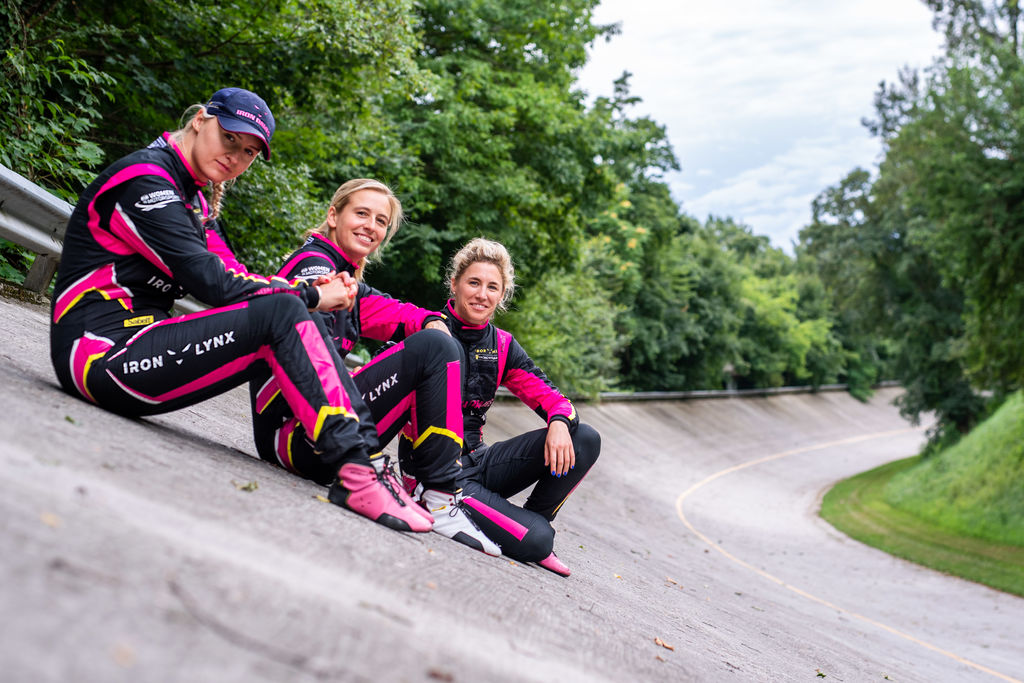 What advice would you give to aspiring women wanting to follow in your footsteps?

Anything is possible if you are committed to go for it. If you want to work hard you can become a racing driver. But it won't be easy. Hard work makes the difference. 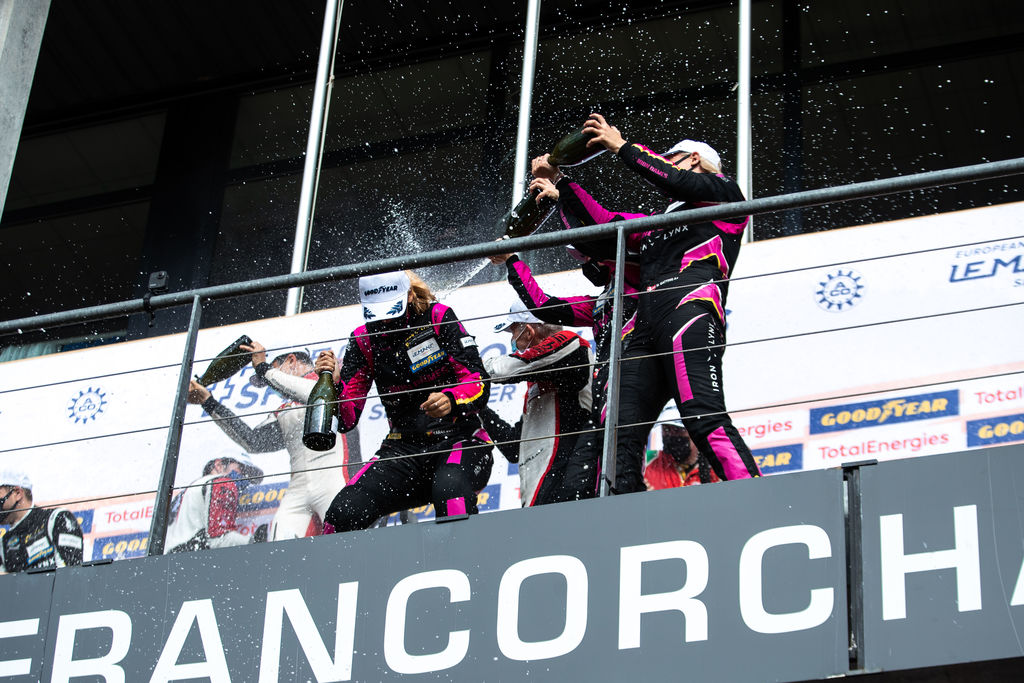