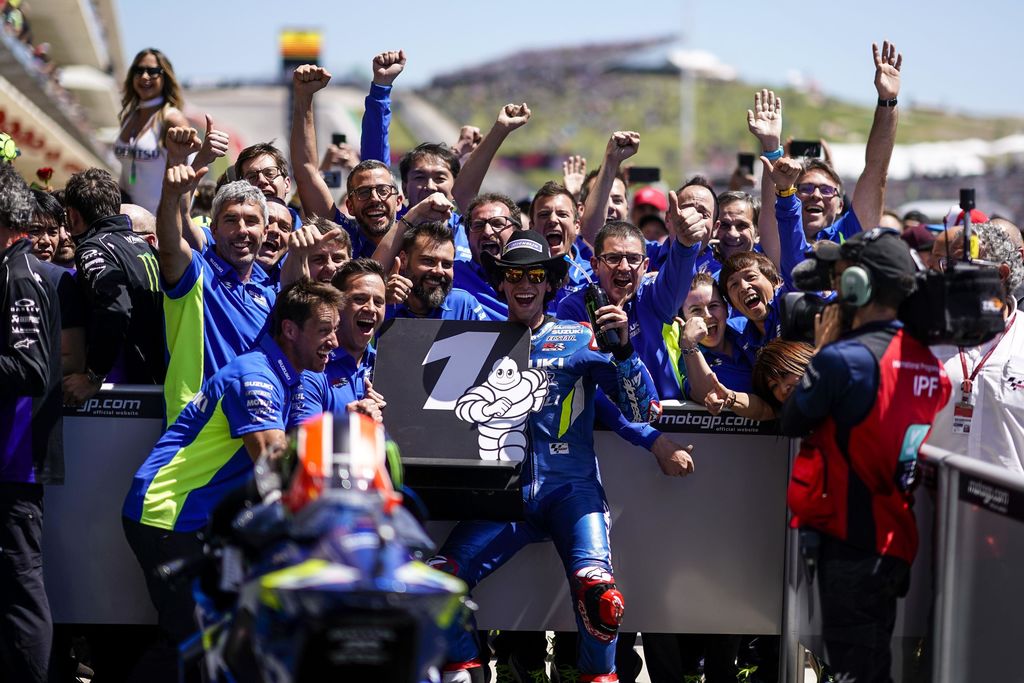 Suzuki rider Alex Rins has claimed a career first MotoGP victory at Circuit of The Americas, coming through from 7th on the grid in a thrilling race.

For the Motul-supported Suzuki team there is much to celebrate, the win being the first since 2016 and one that was hard-fought, overcoming legends such as Valentino Rossi.  Motul sends its warm congratulations to Alex Rins and the whole Suzuki Racing team.

Reigning champion Marquez had looked well on course for a seventh consecutive win at the Circuit of the Americas but crashed out mid-way through the race. Rossi then took the lead but was powerless to shake off a hard-charging Rins, the 23-year-old Spaniard slipping past Rossi on lap 17 of 20.  Despite several attempts to re-take the lead by the Italian legend, Rins held on for the win by a margin of just 0.462 seconds.

The famous Japanese corporation first entered a works team in MotoGP in 1974, and since then has gone on celebrate two World Championship titles and no fewer than 40 victories, this weekend’s at the Grand Prix of The Americas being the 40th.  All these have been on Suzuki machinery lubricated to success by Motul.

Over this time Suzuki’s engineers and Motul’s technical experts have forged a deep understanding and symbiotic working relationship.  Tailor-made oils have been developed especially for Suzuki’s engines, including an exclusive lubricant for use in the MotoGP prototypes which responds perfectly to the extreme conditions seen at the top level in two-wheeled competition.